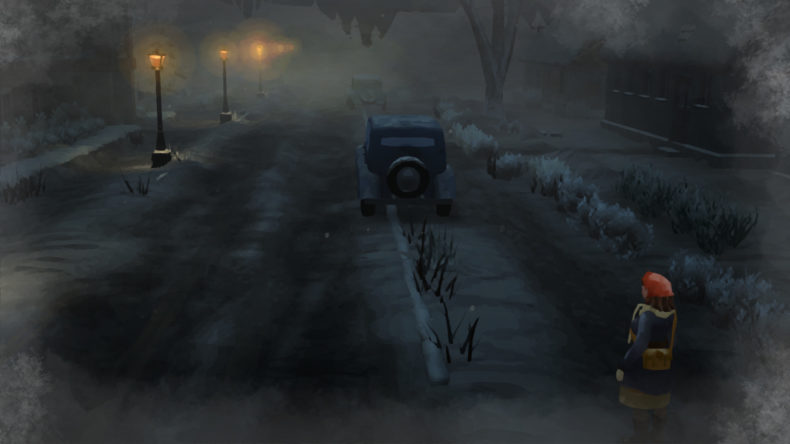 We recently previewed Gerda: A Flame in Winter, and although we only got a couple of hours with it, that time was more than enough to get us excited to play more. Set in Denmark towards the end of World War II, it follows a woman called Gerda who has to balance living with war on her doorstep and fighting to keep her husband safe at all costs. To celebrate our time with it, we were fortunate enough to interview some of the team at PortaPlay to find out more about its inspiration and conception, the striking yet simplistic score, and how important it was to approach such a poignant subject. A big thanks to Shalev Moran, Lead Designer, Hans Von Knut, Creative Director, and Jakob Støvring Hansen, Composer and Sound Designer who took time out of their busy schedule for this Gerda: A Flame in Winter interview.

Can you tell us more about the inspiration behind Gerda: A Flame in Winter?

Gerda: A Flame in Winter was inspired by a personal story. Hans’s (our game director) grandmother, Kylle, lived near Tinglev during WW2 and was part of a resistance group. A German informer reported on some group members, a friend got shot, and her husband Knud was caught and sent to the Neuengamme concentration camp to die. As the war ended the informer was caught and shot by resistance members. Kylle told Hans she regretted this: she bore no hatred to individual Germans and while she believed the snitch deserved harsh punishment, his death did not change anything. The war was about to end – it was just yet another life lost. Discussing Kylle’s moral dilemmas, and the challenges of civilians on the homefront, was the foundation for our game. 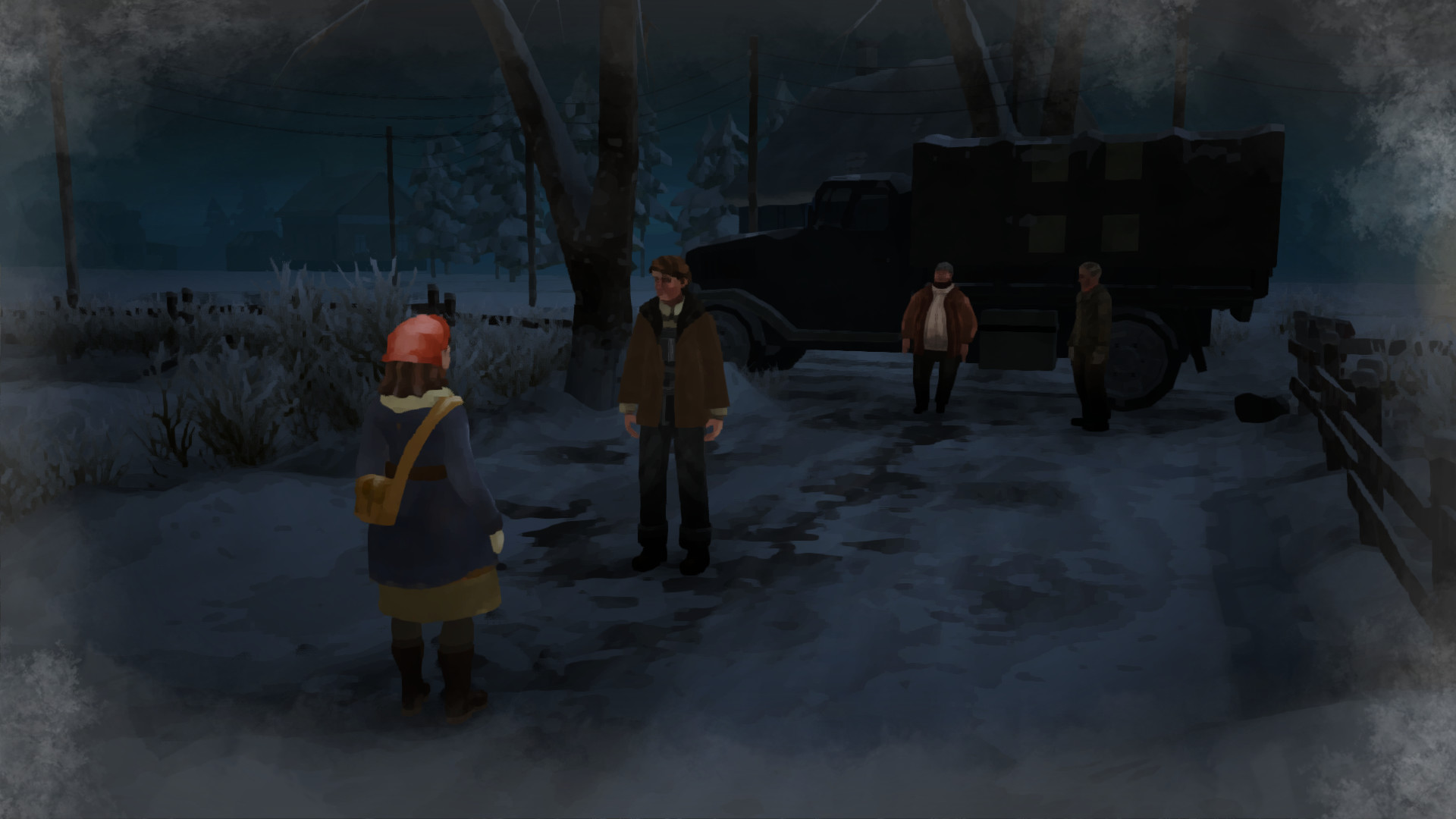 Gerda: A Flame in Winter interview: “We made Gerda with awareness”

How did you go about researching that moment of World War II, and why did you specifically choose it?

Apart from interviews and archival materials from Hans’s family, we also consulted with several historians and even had a historian work with us to build a database about the region and period. We traveled to the region to do some actual location scouting, take photos and talk to people. And there’s of course reading a lot of historical literature, and visiting historical museums.

We feel that taking a famous conflict like WW2 and exploring it from the eyes of the occupied civilians, instead of the common “heroic fighter” perspective, shines a light on many difficult dilemmas. Why do some people willingly risk so much, and why do others bow their heads? What is the line between standing up against oppression and becoming a part of the problem yourself? We made Gerda with awareness that in war, truthfully, no one comes out with their hands clean. We believe that allowing players to explore violent conflicts from the perspectives of normal civilians, experiencing some of these dilemmas, might foster a better understanding of different perspectives, and maybe make the world just a little bit more compassionate.

What was the decision to go with such a striking art style instead of a typical realistic approach?

We believe that immersion does not have to come from polygon counts, but also from specificity – a game world that feels specific and unique, will also immerse you in its fiction. In the case of Gerda, we wanted to immerse players in the specific historical moment of wartime Denmark and in the landscapes and culture of Jutland. And that also extends to the visuals. The artistic direction is inspired by a period in Nordic impressionism, and specifically the Skagen Painters.

The Danish countryside doesn’t have great mountains or grand architecture, but there is a special beauty to find in this flat, cold and sparse world. The loneliness and expansiveness, the colours and light of the north, the small cozy Danish villages, though under the pressure of the occupation, are one of a kind and full of atmosphere. The Skagen Painters really capture the beauty of the Danish countryside. The paint splatters, brush strokes and the color palette we used all try to bring a bit of that feeling into a three-dimensional game space.

Gerda: A Flame in Winter interview: “It is very complicated”

Is it a complicated process trying to make sure all the choices connect in some way, and how does the writing process unfold?

It is very complicated indeed! More specifically, it was a tough job balancing two values that were important to us: on one hand, keeping the forward momentum of a modern adventure game like the ones made by our publisher DON’T NOD, and on the other hand, having some of the deep consequences and character development of an RPG.

One way of achieving this was using stats for Gerda’s social standing – her relationships with different people and factions. These can add up to affect how people react to Gerda, and has the added benefit of putting more pressure on the player, when a given decision can have both immediate and long-term consequences. Other than that, there are no shortcuts: we did a lot of plotting on whiteboards and in Miro, and many rounds rewriting for reactivity and continuity. 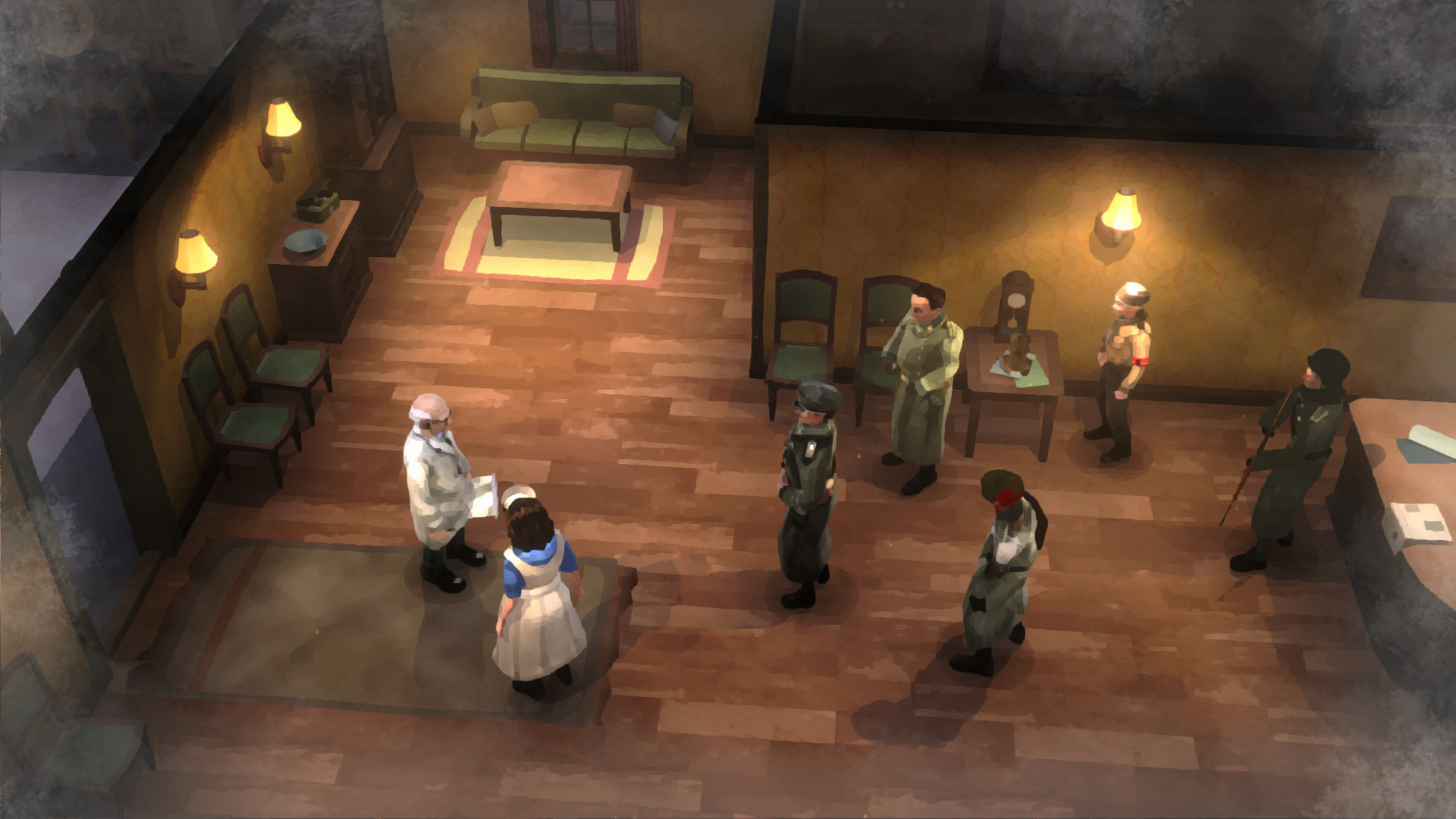 “We put a lot of ourselves in the game”

Did it get emotional at any point while writing or making the game, given it deals with the emotional stress and horrors that everyday people dealt with back then?

We put a lot of ourselves in the game, and not just the historical perspective and Hans’s family history. We see a lot of universal themes in this game, and we seek to reflect on them through the challenges Gerda faces – questions that we struggle with in everyday social interactions, in our public sphere and in online discourse, in each of our personal journeys. For example, the political discourse we are all part of has become much more puritan recently, pushed by online filter bubbles. We all feel at least some temptation to forgo nuance in favor of moral supremacy. The compromised position that Gerda finds herself in challenges this notion and complicates it. It’s complicated for us too, since we all have our beliefs and sense of right and wrong, and we often find ourselves having philosophical and ethical discussions in the office. But, to quote a famous poem: “From the place where we are right, flowers will never grow”.

While the score is minimalistic, those piano melodies are very impactful. Who wrote the music, and how did you approach them for the score (answered by Jakob Støvring Hansen, PortaPlay’s composer and sound designer) ?

The idea behind the soundtrack was to convey Gerda’s emotional state of mind, as well as accompany the tense moments in the story as much as possible. Every scene in the game should feel like a small theatre performance where the player experiences both high and low tension in the soundscape and music. The minimalist piano tunes try to give players room and calm to actually read and follow the story without feeling rushed.

It was also important for us to actually make the location of Denmark believable, which is why Danish tunes can be heard throughout the game.

Gerda: A Flame in Winter will release September 1, 2022 for PC and Nintendo Switch.

Video games are cool. Don't let anybody tell you any different.
MORE LIKE THIS
Gerda: A Flame in WinterInterviewPortaPlay