previous
Borderlands 3 is free on the Epic Games Store
random
next
MultiVersus is more than just a Smash Bros. copy | Hands-on preview
0 comments 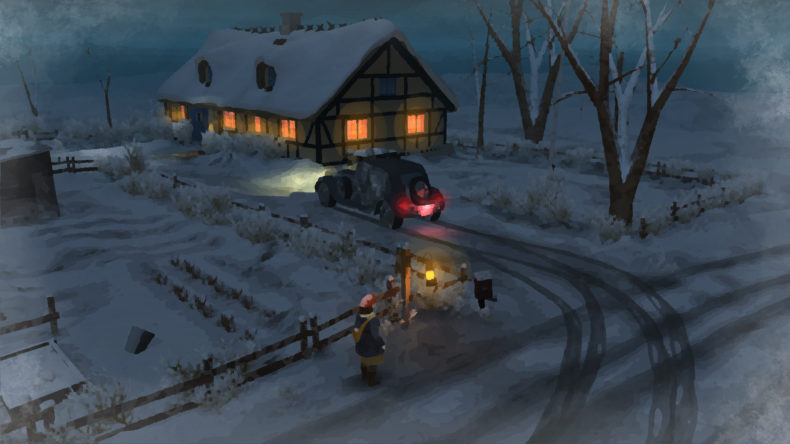 There was a moment in my two hours with Gerda: A Flame in Winter where I stepped back and realised how organically I reacted to what was beginning to unfold. There’re constant decisions that affect your relationships with different people, factions, and even countries, but what everything boils down to is the strong and kind lead character known as Gerda. My husband had been captured by the Gestapo, and I felt angry and confused as to why. While I tried to understand what was going on, I knew that whatever my choices were, I would do anything to help the man who I loved.

Without even thinking, I snapped at a woman who was working for the resistance against the German occupation. Yes, she was fighting for the greater good (at least she was in the hours I played), but my husband was alone in a German cell, and she didn’t even seem to care that her colleague wasn’t there. Maybe she did, but I wouldn’t just do what she wanted without some kind of gratitude and affection to my plight and my husband.

Gerda: A Flame in Winter: A turbulent time

Gerda: A Flame in Winter takes place towards the end of World War II in a small Danish village known as Tinglev, right after the German’s begin to occupy it. Gerda is living a pretty normal life under the dire circumstances, working as a nurse in a small surgery and spending the evenings with her artistic husband, Anders. Unfortunately, the effects of the war start to seep into her everyday life, and her whole world gets turned upside down. Being part-German and part-Danish, you’re given choices that can affect relations with both countries. While it might be obvious to side with the Danes, your father is German and has sided with the Nazis. 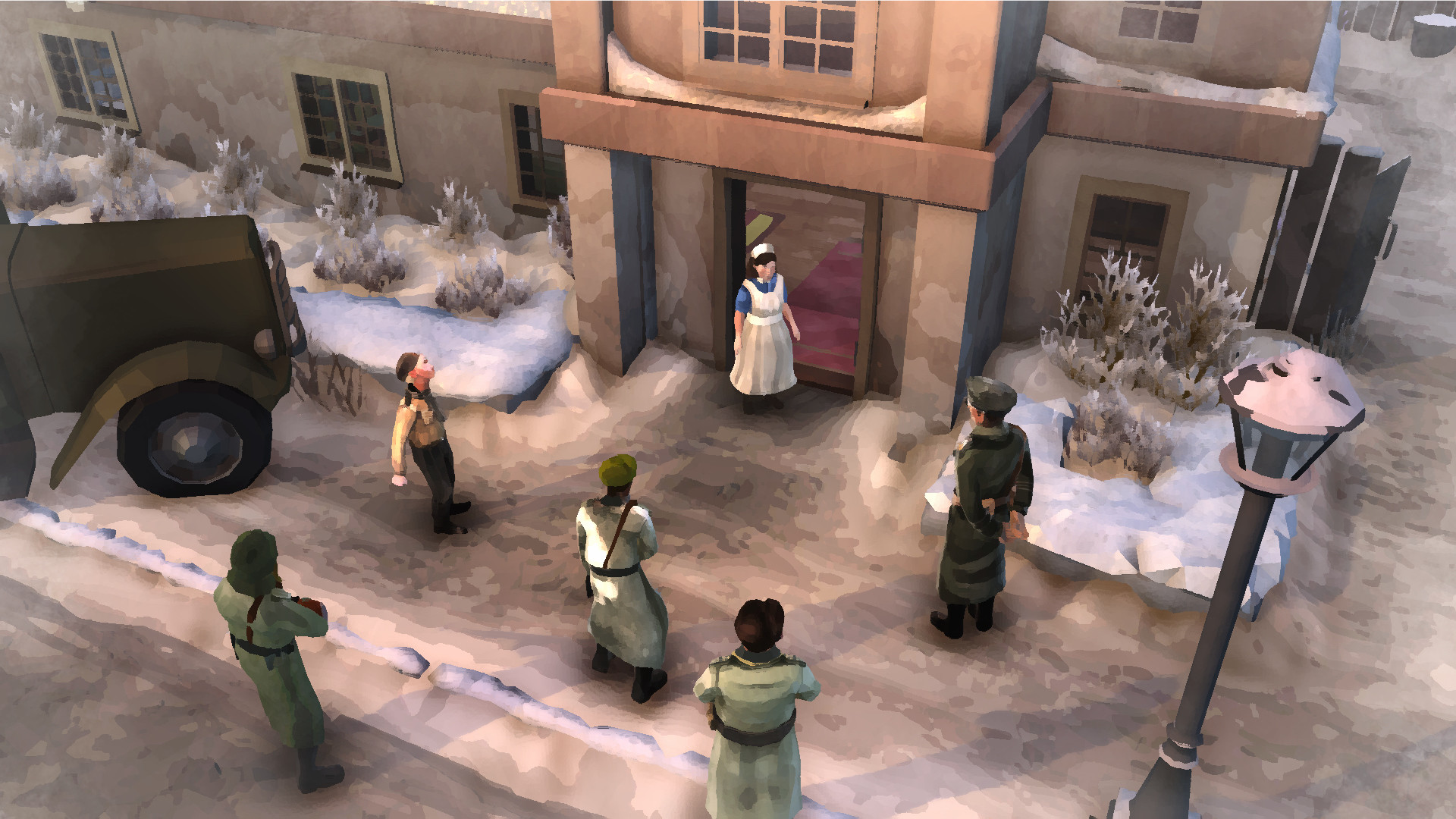 It’s not something she’s entirely happy with, but she still loves him. You’ll face a choice early on whether to help an injured German soldier or leave him to go elsewhere, but it might affect other choices later on. I chose to help the soldier, but as I was searching for some painkillers, one of the other soldiers was trying to steal them. We made a deal where I wouldn’t snitch on him, but I could use it to blackmail him later on.

As part of the encounter, I also took some of the painkillers. After the ordeal with the Germans, I visited the market to try and get some new art equipment for Anders. I had the option to trade painkillers for some fancy pencils, but I opted for some liver pate and soap instead. I’m glad I did, because it meant I was able to treat my husband with the painkillers later that day when, as mentioned earlier, the Gestapo came into my home and beat him up in search of answers.

Those answers relate to a bigger plot which I won’t spoil, but there’re plenty of variable for you to deliberate when choosing your responses. The more someone trusts you, the better the conversation will be. Saying the wrong thing might remove a trust point, but it might be necessary later down the line. Dice rolls also factor into some decisions, and the difficulty is decided by what items you might have, your relationship with a certain alliance, and something known as a Mental Energy. 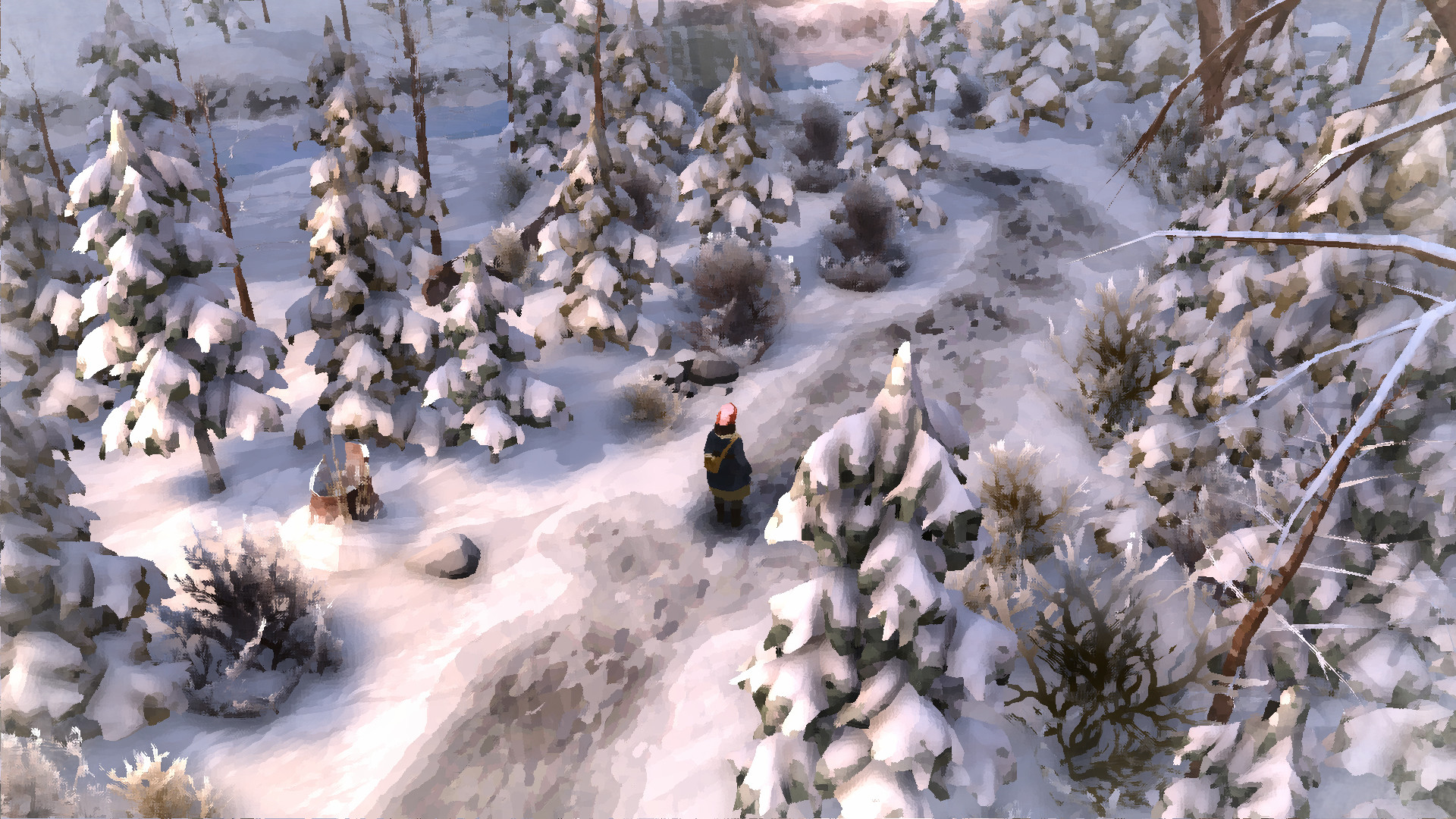 These three mental energies that can be used will make a response’s outcome better. Compassion, Wit, and Insight are all used at certain points, and choosing them for a good outcome might affect a choice later on where you’ll wish you hadn’t spent them. These mental energies are refilled after each scene. You’re given a recap of what had just happened, and how you respond in your journal will refill a point to one of the three. This journal also holds information to the war itself, what your current relationships are like, and other vital information.

So far, Gerda: A Flame in Winter is a poignant tale set in a period of the war I wasn’t completely familiar with. The RPG-lite elements are engaging enough to affect how you choose to engage with others, and the story itself is filled with some emotional and powerful moments. I’m excited to play more and uncover exactly how my Gerda deals with the turmoil that has grasped her home, and whether or not I can survive long enough to see the end of the war.

Video games are cool. Don't let anybody tell you any different.
MORE LIKE THIS
DontnodGerda: A Flame in Winter