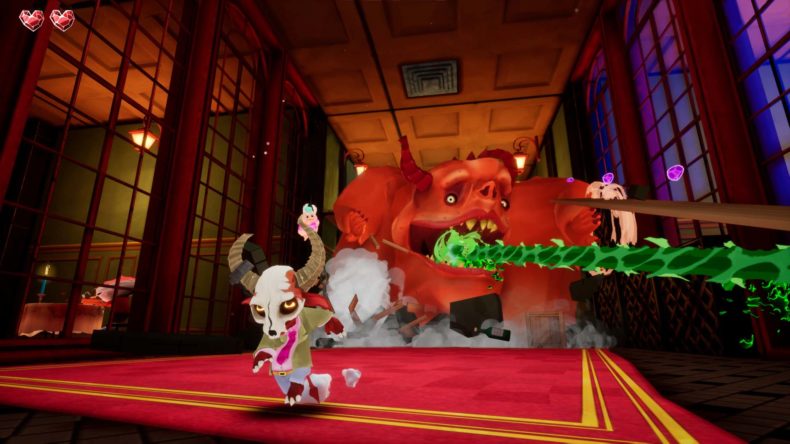 Hell Pie is an old-school platformer coming to Switch and PC on July 21, and ahead of that release the game has teamed up with Electric Callboy (a German electronicore band) for a collaboration.

What this means is that there will be Electric Callboy skins in Hell Pie, that will based on “the mullet-heavy Hypa Hypa, the head-pumping We Got The Moves, the gym-core extravaganza Pump It and the sci-fi-suited song that is Spaceman and will complement Hell Pie’s offbeat and spectacularly funny flavour perfectly”.

Electric Callboy was “Formed in 2010 under the name Eskimo Callboy, the band has already made plenty of noise and caused a worldwide sensation in the first decade of its existence but judging by what’s been going on in the last two years, that was just the prelude. Since the singer Nico Sallach, who joined the band in 2020, the guys from Castrop-Rauxel are really going for it! The very first single with him became the biggest success in the band’s history so far. “Hypa Hypa” reached over 60 million plays in record time! The two following singles “We Got The Moves” and “Pump It”, which will be featured on the upcoming album “TEKKNO”, are also the talk of the world with their spectacularly funny videos”. The band is currently out on tour, having sold out with more than 60 thousand ticket sales.

We played Hell Pie back February, where Lyle Carr said: “Hell Pie is looking like it’ll be an absolute treat at launch, with old school collectathon gameplay and superb motion thanks to the grappling mechanic. I don’t think everyone will gel with the early 2000s gross out humour, but there is much more to Hell Pie than just laughing at tampons. If it sounds like a game you’d enjoy the demo will be available to download on Steam tomorrow at the time of writing, and I’d definitely recommend giving it a go”.