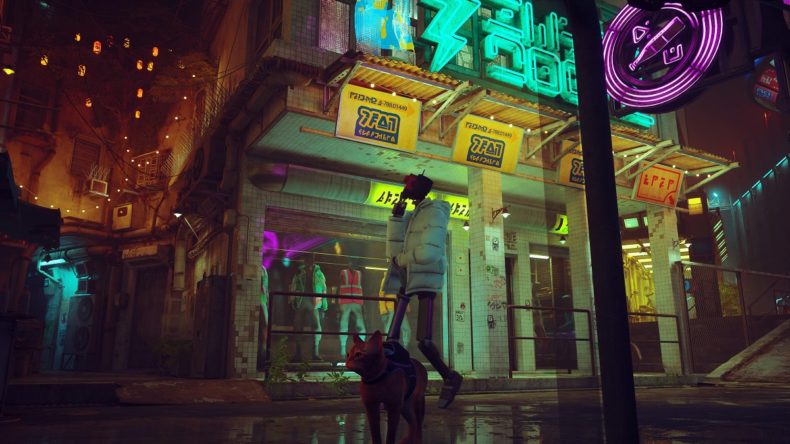 When Clementine tasks you with sneaking into the Neco Factory to steal a battery that will power the subway, it can take some time trying to work out what to do first. It’s rather layered, and there’s a fair amount to do in order to finally get inside the factory itself. Luckily, we’ve put together this Stray How to get the Worker Jacket and Hat guide to show you exactly what you’ll need to do in order to get there.

Stray | How to get the Worker Jacket and Hat: Find Blazer

After talking to Clementine in her apartment, she’ll explain that you’ll need to find someone wearing a bomber jacket and a gold chain. The robot she’s referring to is Blazer, and he can be found in an alleyway opposite the nightclub in Midtown. After leaving the apartment complex, run forward until you see the huge robot hologram and turn left. Follow the street until you see the nightclub on your left, then take a right down the alleyway. He’ll be looking all suspicious and isn’t hard to miss. Talk to him and he’ll explain that he’ll need a Worker Jacket and Worker Helmet to disguise himself and carry you inside. 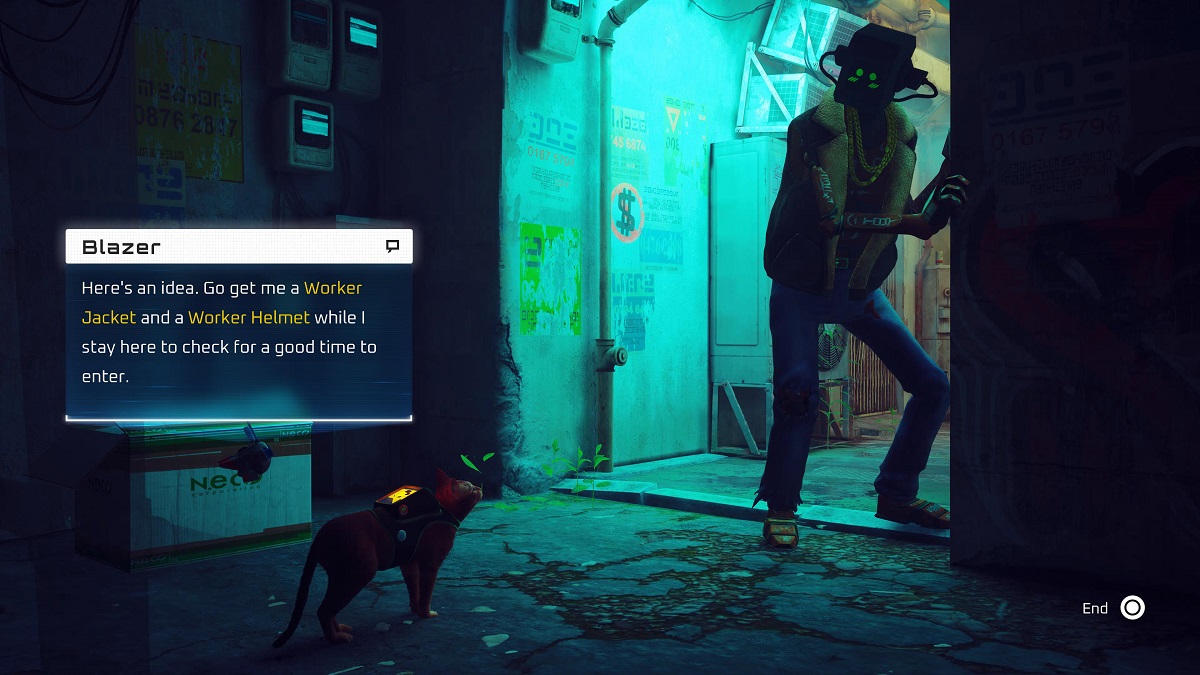 There’s a shop on the corner of the alleyway you went down to find Blazer. In the window, you’ll see the jacket, but every time you run in and try and take it, the shopkeeper will stop you from doing so. There might be an easier way of doing it, but if you head back to the apartment complex and talk to Simon (he’s one of the three robots chilling out in the open area on the ground floor) and he’ll tell you about three security cameras he wants you to get rid of in exchange for a gift. 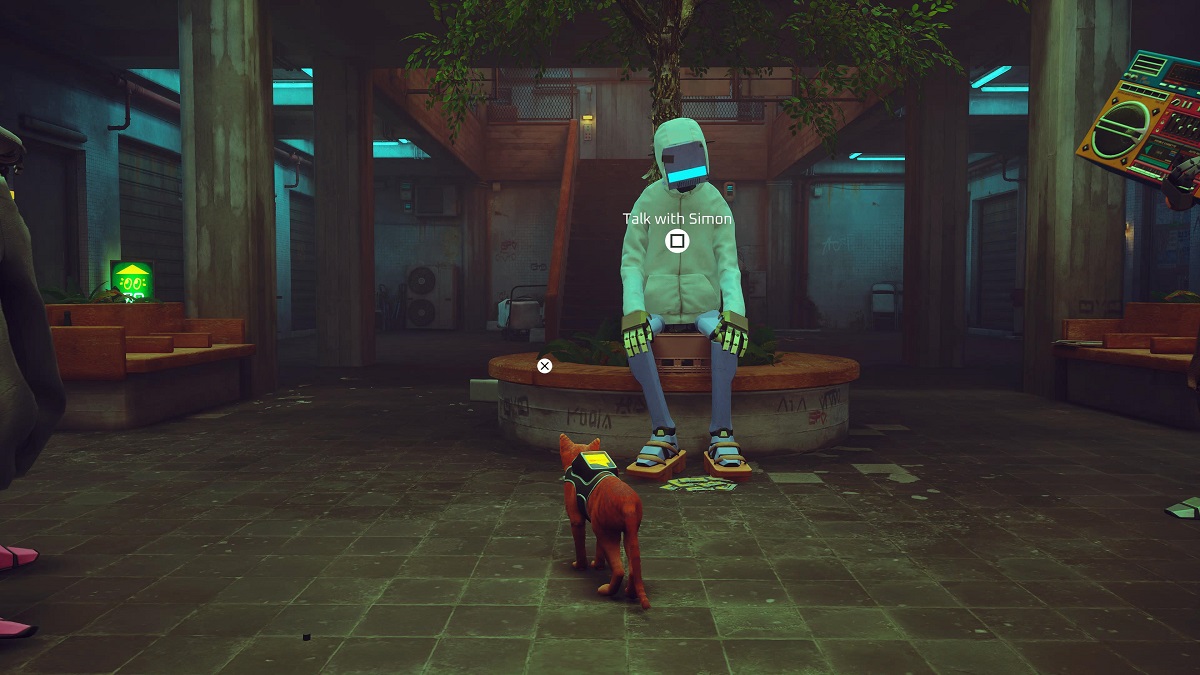 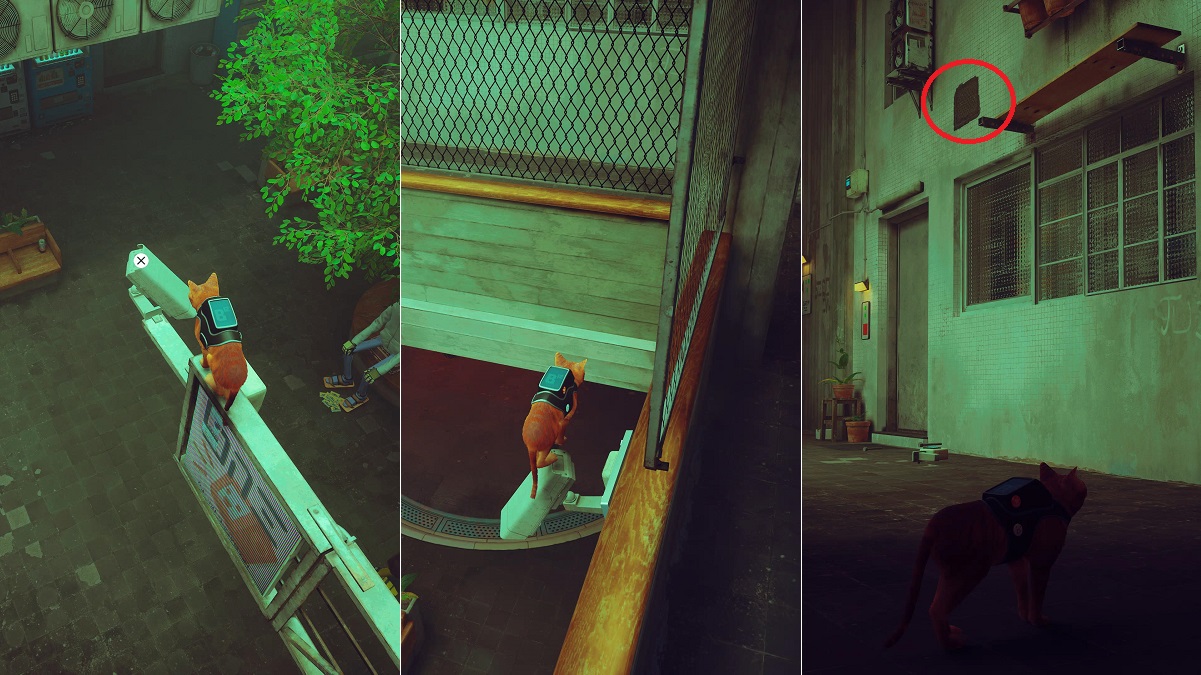 Once you’ve destroyed all three cameras, head back to Simon and he’ll give you a cassette tape. If you take this tape and run to the back room of the clothes shop, you can put it in the music player to distract the shopkeeper. With him in the back room, finally steal the Worker jacket and move on to the next step.

To be able to steal the Worker Hat, you need to get into the hat shop without the shop keeper trying to shoe you away. If you head into the bar (to the left just before you wander into the apartment complex) and go straight to the back room, there’s a robot who’s passed out. You’ll be able to see a crate of beer bottles above his head. It’s easy to climb up so you’re above him. Press Triangle a couple of times and you’ll be able to knock the crate onto his head, waking him up in the process. 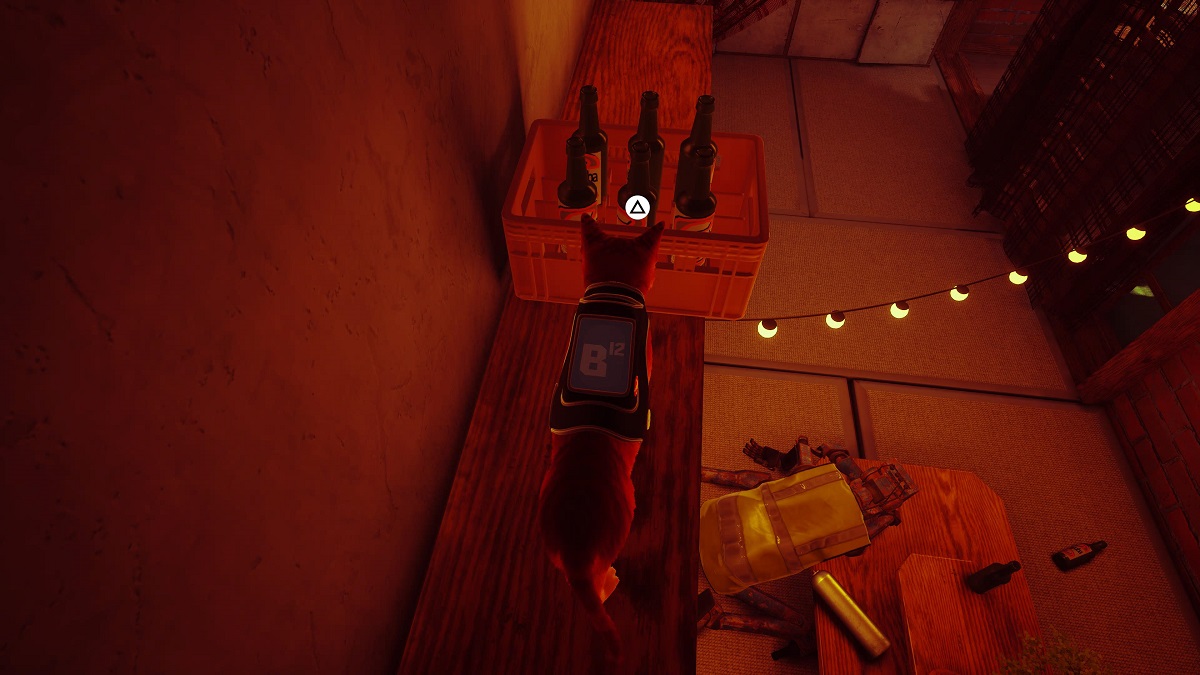 He’ll wander outside the bar and towards the hat shop. After getting a talking to from his co-worker, he’ll start picking up boxes and taking them into the hat shop. Simply jump inside one and wait until you’re inside. When your box has been placed on the ground, jump out and steal the Worker Hat that is in the window, run outside and back to Blazer who will put on the disguise and carry you into the Neco Factory.

Video games are cool. Don't let anybody tell you any different.
MORE LIKE THIS
GuideGuidesstray