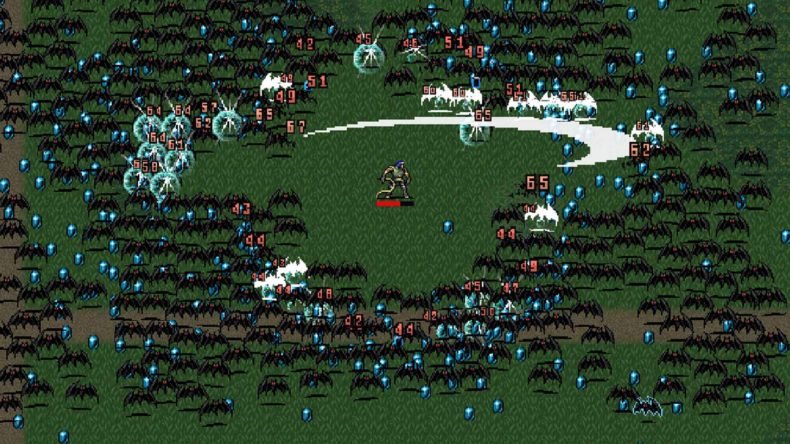 Another patch for Vampire Survivors is here, and it’s called “The Flashy One”, adding new achievements, arcanas, and a new character.

In the press release we were sent there’s a lot of talk about secrets, such as the comment “1 new character (they’re telling me there’s three but trust us, it’s just one)”, and elsewhere adding “one new character (just ONE new character mind, no secrets here, no siree!)”.

Vampire Survivors is described on Steam, thus: “Mow down thousands of night creatures and survive until dawn! Vampire Survivors is a gothic horror casual game with rogue-lite elements, where your choices can allow you to quickly snowball against the hundreds of monsters that get thrown at you”.

It works well on Steam Deck as well, and is a whole lot of fun, generally. It’s sitting on an “overwhelmingly positive” review status on Valve’s store, with over 100,000 reviews to date, but of course it’s still in early access. This 9.0 patch means it’s edging closer to the 1.0 “release build” as such, with the developer explaining that ““Early Access is a way to have a supportive dialogue with the community while the game features get expanded and finalized. Beyond the minimialistic gameplay, Vampire Survivors already has so much content that requires constant reviews and re-balancing as more content and features get added. Having worked on live service games in the past, I know how invaluable community feedback is when it comes to making a game more fun and balanced, and to reach the goal of having a large variety of viable player builds”.

Vampire Survivors is out now for PC.