Thymesia | How to beat Odur the Ringmaster 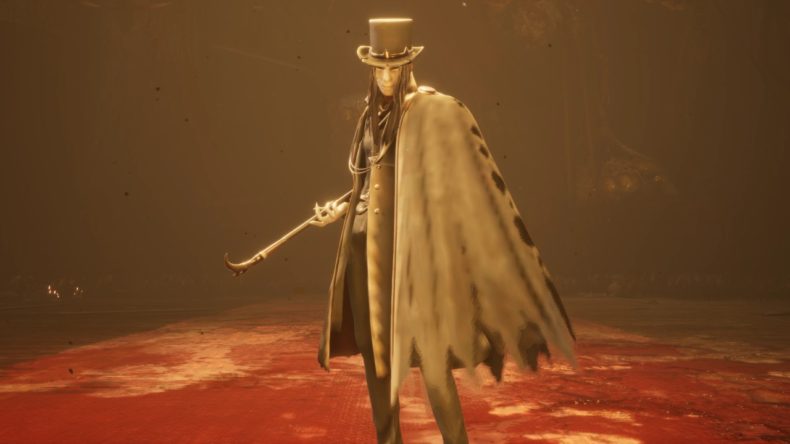 Thymesia is a tough, unforgiving Soulslike action game. It has its fair share of challenging boss encounters, the first of which is a tricky one. Odur is the ringmaster of the great Twiligfht Circus held in the Sea of Trees, a trickster who is super fast, and attacks with speed and illusion.

It doesn’t help that at this point you won’t have many Talents unlocked to help you in the fight. While he is fairly easy to read, his agility and varied moveset make him a menace for early-game players. Read on to learn how to beat Odur in Thymesia. 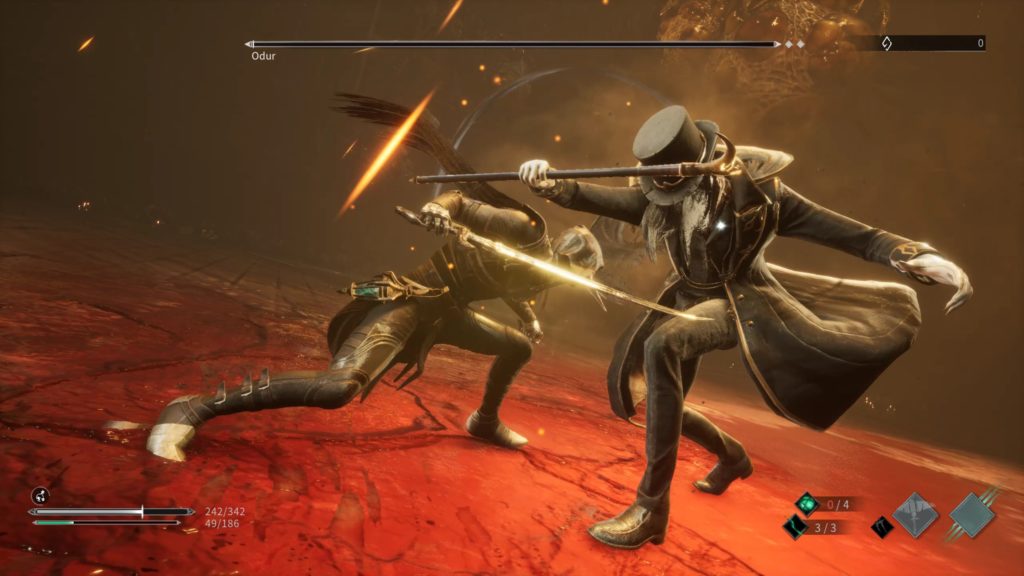 Odur attacks with a cane-sword and a deck of playing cards he’ll fling at you like daggers. He will vanish before his primary combo, appearing close to you and launching straight into the attack. His normal attacks can be parried and dodged fairly easily, but his combo will do serious damage if it lands. It will also knock you down, leaving you open.

If you manage to parry, you can counter attack him and you will be able to momentarily stun-lock him with repeated sabre strikes. However, eventually he will either dodge backwards, or parry you and follow up with a powerful series of strikes. It’s best to employ hit-and-run tactics, and either break the combo before he parries, or be ready to dodge his counterattack.

When he darts back and stands still and straight, be ready to evade, as he will start flinging playing cards. It’s easy to dodge them and close the distance on him when he does so, but beware: if he throws several at once in an arc, he’s about to use his interruptible attack. He will throw cards in an arc three times, and then flash green. If you don’t interrupt his attack with a feather or dodge it, he will hit you with a poisoned card that disorients you, and follow up with a devastating gap-closing melee attack that will easily wipe-out two-thirds of your health bar.

Odur’s second phase is very similar to the first. His health bar will completely refill, and he’ll gain a new move on the back of each of his combos, so be super careful. His super attack will also one-shot you in phase two, and if you die you’ll have to get through phase one again, too. 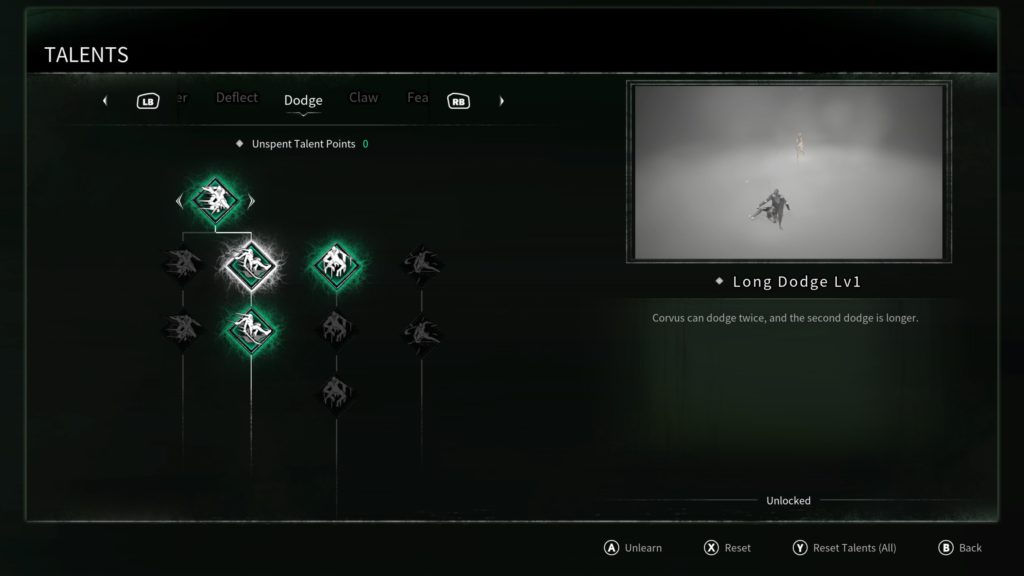 The Long or Short Dodge Talents in the Dodge tree allow you evade twice in quick succession, making him much easier to avoid. Besides that, increase your sabre damage and consider unlocking the Dodge and Slash Talents which allow you to follow an evasion with a powerful sabre slash.

If you can land the Predator Claw attack on him you’ll rip the “Miasma” Plague Weapon from him. This not only damages Odur on cast, but also allows you to dodge like he does for a while, granting you perfect invincibility frames while it’s active. 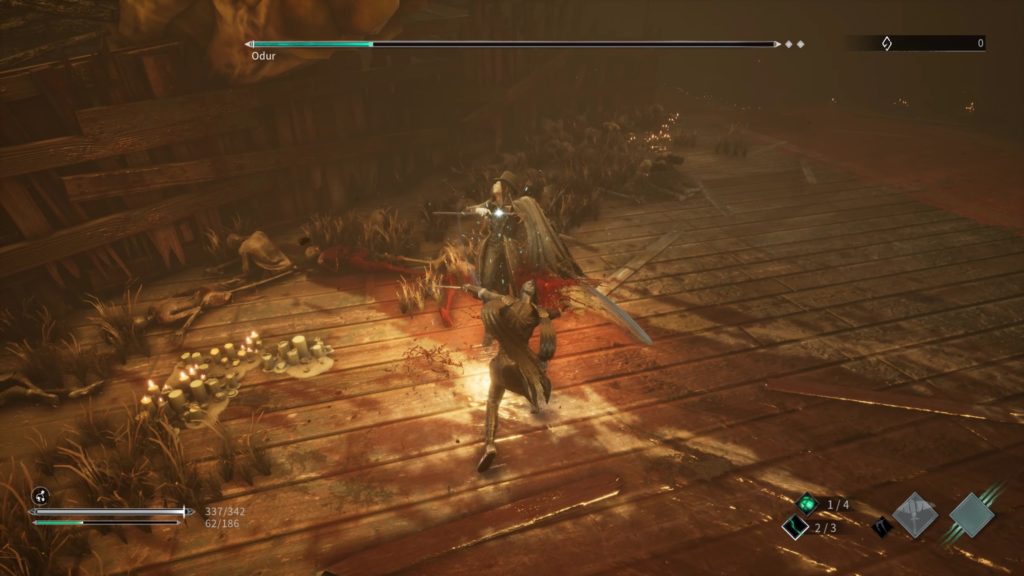 Focus on quick attacks, and cut your combos short if necessary. Once you have his health in the green, use Plague Claw attacks to fully deplete his health pool. His combos do serious damage, but they leave him open to retaliation with long pauses between.

He’s weak to heavy, blunt damage. Plague Weapons like the hammer do massive damage to his green health bar, so consider equipping that. Try to use Predator Claw regularly to maintain uptime on the Miasma skill, too.

Where possible, allow him to come to you, and then punish him aggressively. Once you stun-lock him, you can deal additional sabre or claw damage, but remember that eventually he will counterattack right through your combos.

Senior Content Editor Mick has been playing games for over 30 years and writing about them for around 12. After drifting from site to site for a while, settling briefly at the now-defunct Made2Game and freelancing for the gone-but-not-forgotten NintendoGamer Magazine, he came at last to rest at Godisageek. Mick has been a reviewer, staff writer and content editor here for some time, while also moonlighting a little for Red Bull Games. He has 4 kids, has written 2 novels, and sometimes even manages to pay a bill or two. You'll usually find him defending the galaxy in Destiny 2, battling evil in Diablo 3, or lurking in the background on Twitter. Find him there @Jedi_Beats_Tank, or on XBL (JediWaster247), PSN (Jedi_Waster) or Nintendo (JediWaster).
MORE LIKE THIS
BossGuideThymesiatips