previous
Lost in Play review
random
next
Rollerdrome review
1 like 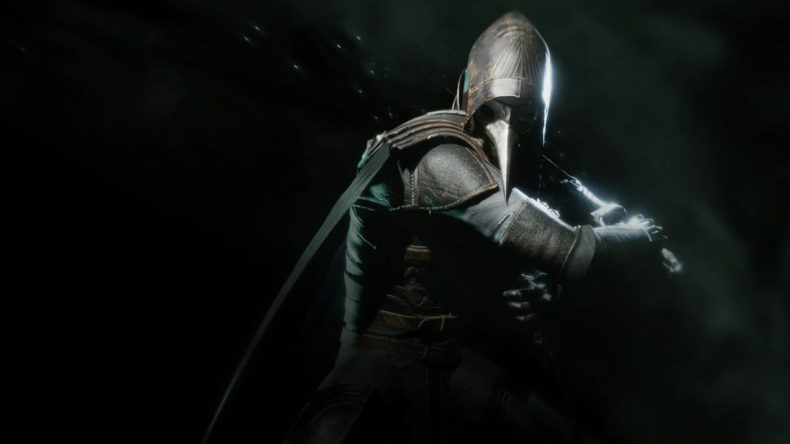 The term “Soulslike” seems to carry with it a certain amount of instant kudos, like that kid in school who was automatically cool because his older brother was. Unfortunately, though, credibility freely given and not earned is rarely real or long-lived. Chances are good that the younger brother had his elder’s swagger but none of the charm, and it’s often the same with games that glide into the limelight on the strength of their genre-mates. Like Mortal Shell and The Surge before it, Thymesia is a Soulslike that introduces a lot of new ideas, even innovates at times, but can’t quite go toe-to-toe with the past masters.

It is, however, one of the few Soulslikes to model itself after Bloodborne instead of Dark Souls. In fact, it goes so hard on some of Bloodborne’s themes that I had to re-read some of the flavour text to make sure I hadn’t misunderstood. Characters talk about vile blood and pure blood in a story that deals with a kingdom in the grip of a terrible plague. The citizenry is little more than a mob of mutated monstrosities marauding through moonlit hollows, beholden to powerful entities presented with all the aplomb of Bloodborne’s bosses but none of the context.

The story itself is disjointed and sparsely told. As is de rigueur, most of the world-building is left to flavour text, some of which works and some of which is sort of just there. It has reached a point where this is eye-rollingly frustrating. There’s nothing wrong with simply telling a story with a cohesive through-line, even in a Soulslike, but here we are. 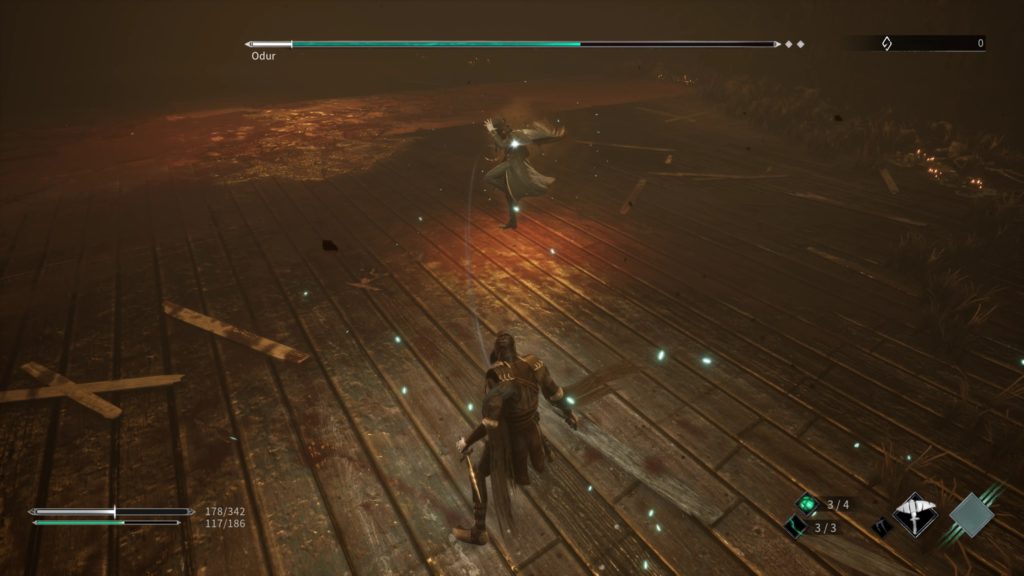 Your character is Corvus, an alchemist and warrior with a plague doctor’s mask and a cloak of raven feathers. It’s all very cool and very emo, but I struggled to invest in the character or the world much. In between missions, presented as Memories, you spend your time in Philosopher’s Hill, a place eerily similar to the Hunter’s Dream, where a creepy young woman in doll’s clothes presents exposition that does little to connect the dots. It’s one of the most frustrating aspects of Thymesia, especially as the actual gameplay is pretty strong all-round.

Combat shares elements of both Bloodborne and Sekiro. Corvus is incredibly agile, but about as physically imposing as a tea-soaked ginger biscuit. He fights with a sabre and dagger, as well as a plague Claw that can rip enemies to pieces. Each assailant has a white health bar with a green one beneath it. Physical attacks will chip at the white, and Corvus must use plague attacks to reduce the green. If left unchecked, the white will heal over time. When an enemy flashes green, it indicates a super move that Corvus can interrupt by throwing one of his sharpened feathers. This will stagger the enemy, allowing for some quick damage or a Plague Claw attack. 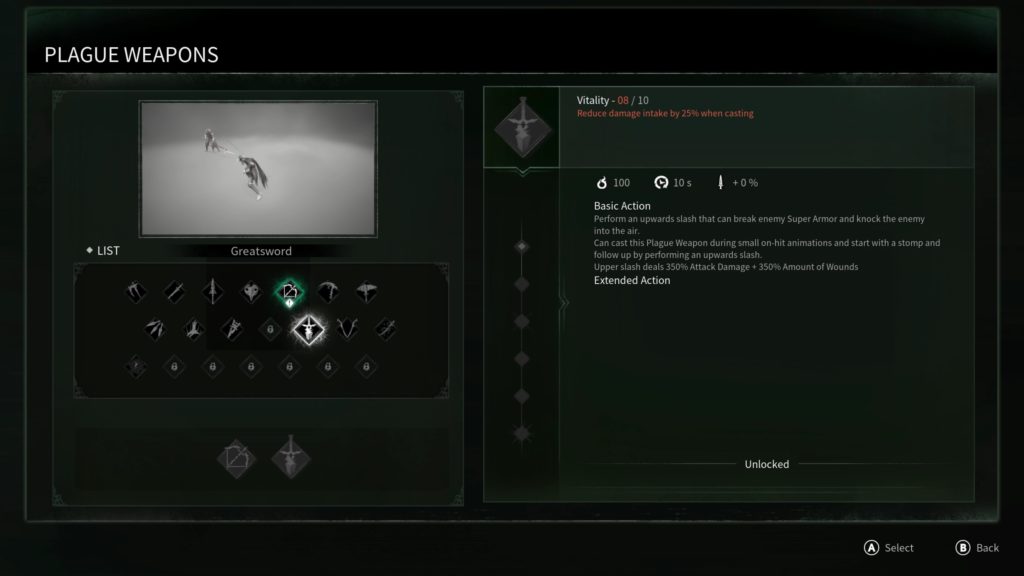 Such attacks include Corvus’s standard claw swipe and an array of “Plague Weapons” that you must steal from your enemies. The idea is to combo enemies with the sabre and follow up with Claw attacks; when an enemy is weak, pressing attack once more will perform a finisher. Holding the right trigger instead will activate the Predator Claw move, which rips a magical plague weapon from the enemy. You can then use this once at the cost of some of Corvus’ energy. Sometimes, though, the enemy will drop a blue shard which allows Corvus to unlock the Plague Weapon and equip it permanently. With this system you can have your sabre and Claw as primary weapons, and equip up to two Plague Weapons on cooldowns.

These Plague Weapons include a greatsword, handaxe, bow, twin daggers, katars, and a lot more besides. Each is upgradeable with blue shards, allowing you to increase damage and even unlock secondary moves such an area-of-effect attack for the greatsword. While Corvus can dodge and attack without using up energy (there’s no stamina to manage), using Plague Weapons will use it up. Certain skills can replenish it, or you can use Corvus’s gift for alchemy. 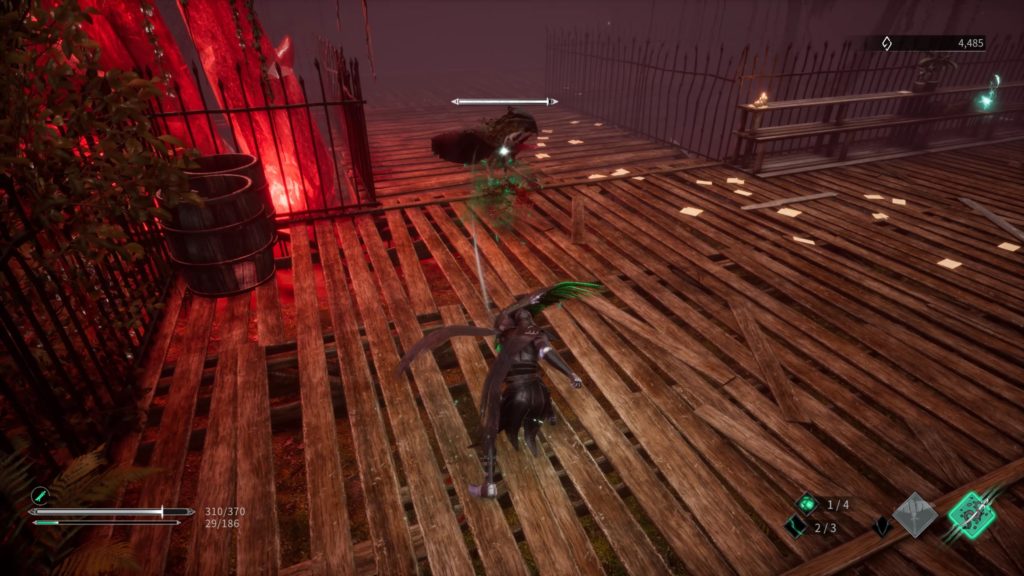 You can only carry a set number of tonics to heal Corvus, which is increased using special consumables dropped by elite enemies and bosses. These enemies don’t respawn, so the supply is finite. You can use them to either increase the number of potions, their efficacy, or alter their effects by adding ingredients.

While exploring the various mission areas, you’ll come across herbs and spices such as fennel, thyme, or lavender. Adding these to your potions at Beacons (lanterns) will introduce new properties to each drink. Some increase the health restored, others reduce incoming damage, restore energy, or increase attack speed for a short time. There’s even three types of potion: the standard one, one that works slower and heals more, and one that works faster and heals less.

Every time you level up, you choose whether to spend XP on vitality, strength or energy. You’ll also receive a Talent point that you use to unlock Corvus’ skill trees. There’s a lot of diversity here, but some skills are simply far more useful than others. For example, you can alter Corvus’ feather-throw to a melee attack with his cape, or even follow a throw with a gap-closing dash move for instant damage. Some Talents increase damage or energy-regen, while others enhance your dodge move, increase your combo length, or add buffs to perfect evades. You can even unlock a block move that reduces incoming damage. 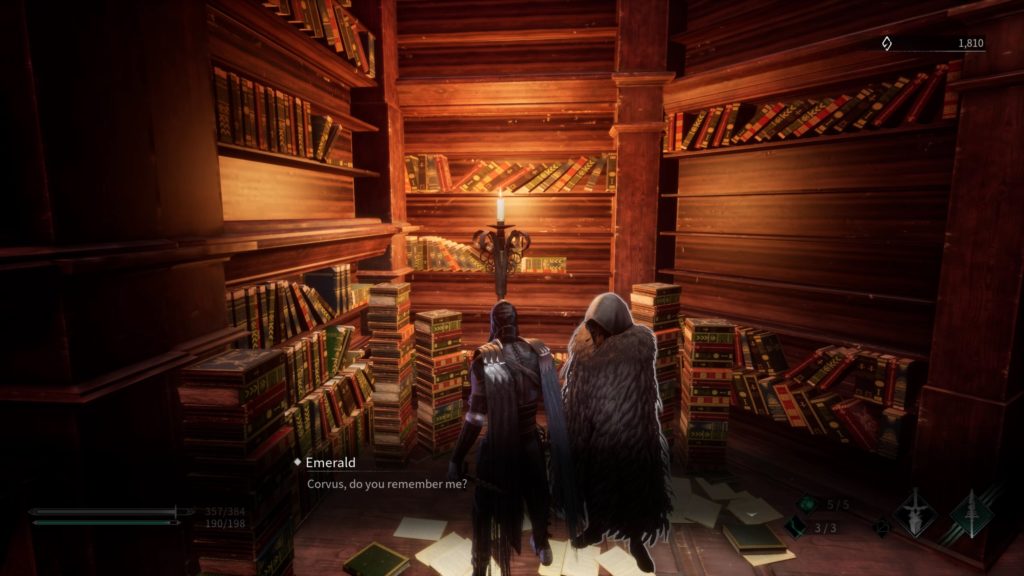 On paper, Thymesia’s combat system is exceptional, but in practice there’s something not quite right. Because Corvus is lithe but squishy, the onus is on quick-fire attacks. You need to deal physical damage and follow up with Plague damage soon after, while evading, interrupting or parrying enemy attacks. The problem is that you can get locked into your attack animations, but you can’t stun-lock enemies. They will literally counterattack while you’re mid-combo, dealing damage on you even as you stick your sabre up their nostril. It’s noticeably bad with some of the elite enemies, and there’s really no excuse for it. Enemies should be able to block or parry, sure, but not begin their wind-up attack while you’re mid-combo.

Likewise, the tracking on some bosses is borderline broken. They will literally slide around to hit you, or else catch you in an impossible hit-box even when you’re well clear of their weapon. You need to adjust to each fight, and learn to keep your distance, harrying the enemy with a few quick hits because you can’t risk a combo. I’d say this was intentional, but then why allow such long combos in the first place?

Defeating a boss will usually unlock a new area (though there are only a few locations) or a side mission in a previous area. These side missions see you returning to old locales and completing a different objective, such as facing an optional boss or finding a specific artefact. It pads out the game, but the lack of real colour or variety in the environments is a downside. What’s presented is detailed and atmospheric, certainly, but Thymesia lacks the grandeur and definition of the games it apes.

Which is not to say it’s without its epic moments. One particular boss fight against a giant, screen-filling monster that requires you to traverse a poisoned level to reach its weak spot was a high point of design. But while there are shortcuts to open up between Beacons, I rarely found the need to use them as I only really found the boss fights challenging, and they have a Beacon right next to them anyway.

Thymesia is a confident, good-looking Soulslike that arguably ranks among the best of the non-From Software titles in the genre, but it’s let down by a few issues. The world is fun enough to explore, but a lack of proper narrative and real context harms the atmosphere. Combat, though, is exceptionally good when it works, and it works most of the time. It takes a little patience on the player’s part, but so do all games in this genre. Fans seeking that Soulslike rush will find a lot to like here, though, and it feels different enough to the usual crop to stand out and hold your attention.

Thymesia is a confident, good-looking Soulslike that arguably ranks among the best of the non-From Software titles in the genre.