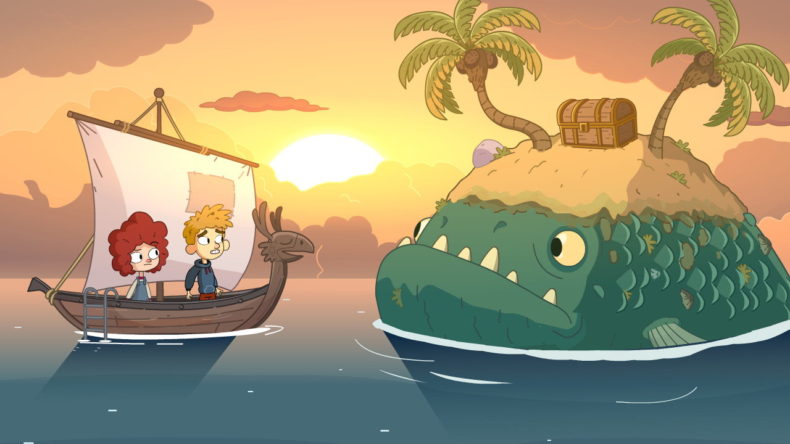 Lost in Play has that rare ability to appeal to both kids and adults. Children will appreciate the simplicity of the streamlined and user-friendly controls, and the joyous Saturday morning cartoon vibe as puzzles are solved by the intrepid, likeable duo of siblings that serve as protagonists. Adults will also love these aspects, but also recognise the ingenuity and logic of the puzzling, the quirky humour, and the bold and brave decision to eschew all speech both written and spoken. The characters communicate in gibberish that expertly varies in tone and cadence to get the point across. This is a game universe that is not only beautifully designed but simple to understand without having to be completely led by the hand, with a few simple visual hints all that are really required. 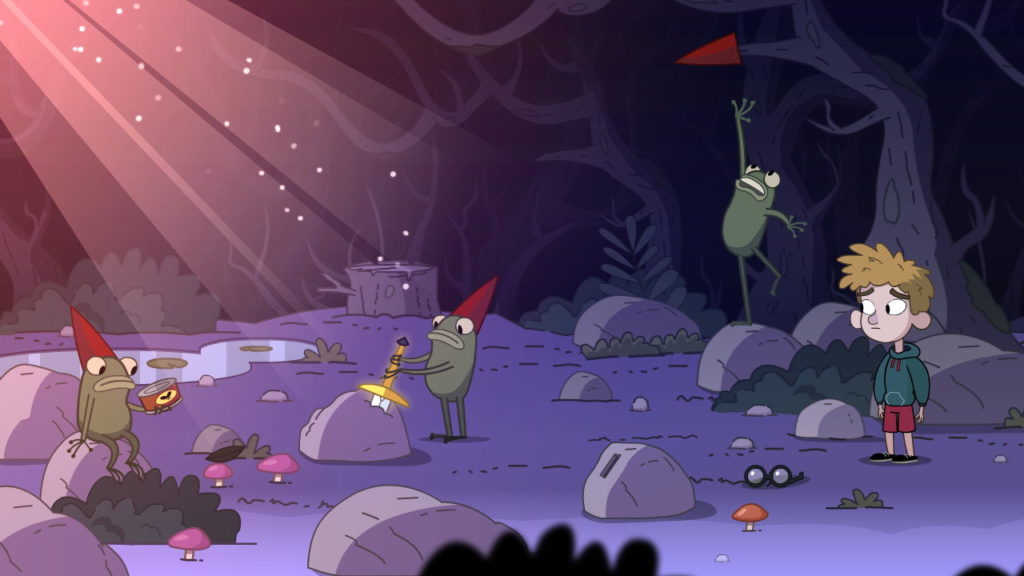 The aptly names Happy Juice Games have created a world that is positively dripping in charm, humour and rich fantasy imagery. It is as close to playing an actual cartoon as you can get right now, with uniformly spectacular character designs, animation and environments. Remember how hard I fell for Mr Drippy? Multiple denizens of this universe had a similar effect on my cuteness receptors. The plot is a classic tale of super-imaginative kids being sucked into a fantasy world that they subsequently need to escape from. But it is how they must forge this escape that makes it such a delight. The puzzles are varied, never too cryptic or obscure that you will get stuck (apart from one roadmap-based effort that took me a bit more trial and effort than it should have), and frequently an absolute laugh riot. I don’t think many will forget the image of seeing a goblin musician charm some livestock out of a tree by shredding on a guitar.

Controls and navigation are taut and simple so that anyone could pick up and play without issue. The cursor is handled with the thumbstick and works just fine. Some of the mini-games may be a tad taxing for the younger demographic, but let’s face it, most kids have at this point forgotten more than us old timers will ever know – this one straddles generations and is recommended to all.

I have always been a sucker for a good point-and-click puzzler, growing up as I did with a Commodore Amiga and all of the wonderful Monkey Islands and Lucasarts bangers. The genre is very much alive today, whether that is via the magic of SCUMMV or on latter day beauties like this one. Lost in Play is as charming and beautiful a game I have played this year from any genre. It is a pure shot of magical, heartwarming cartoon whimsy straight into the arteries. Short but oh so sweet, this is one that will get you feeling like a kid again.

Looks absolutely incredible
Very funny
Can be enjoyed by all

A couple of frustrating puzzles

Lost in Play is a charming and amazing point-and-click puzzler that will make you feel like a kid again.