Ni No Kuni: Wrath of the White Witch Remastered review 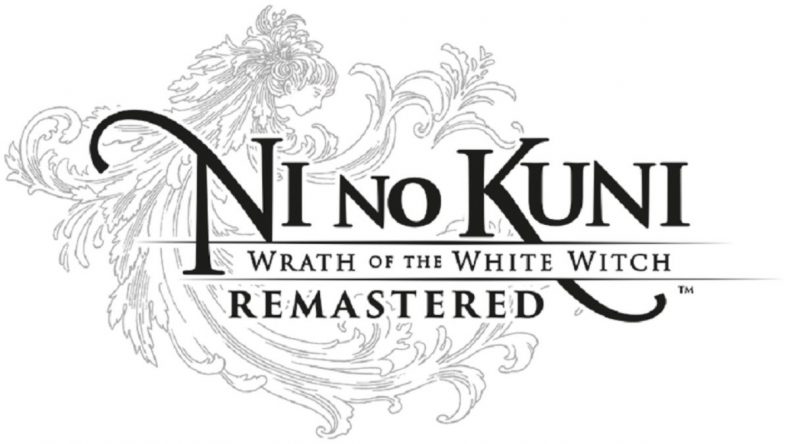 To those of you coming to Ni No Kuni for the first time: lucky you. Originally released in 2011 for the PlayStation 3, Level-5’s highly regarded JRPG has been remastered for the PS4 and PC, while also being released on the Nintendo Switch. There’re no new quests or features, but when something as pure and beautiful as Ni No Kuni: Wrath of the White Witch is made available to more people, it’s just not necessary.

You play as Oliver, a young and naive boy from Motorville, who suffers a tragedy very early on. It’s an incredibly moving opening to the game, made even more poignant by Studio Ghibli‘s involvement in the anime segments that look even better now they’ve been enhanced for the PS4 release. Poor little Oliver doesn’t know what to do with himself, and after sobbing in his room for three days, the teddy his mother made for him comes to life. It turns out that this toy is from another world where the evil Shadar has literally been breaking hearts there, and he needs Oliver’s help. Now, it has to be said that with only 20 minutes in, Ni No Kuni’s MVP has already been established in Mr. Drippy – a mildly cynical and lovable chap with a lantern attached to his nose. His Welsh accent is a great example of what makes the translation from Japanese to English impeccable, and throughout your journey he delivers some genuinely funny one-liners that make every minute with him a joy. Other characters you meet up with are equally engaging, such as the thief known as Swain, and Esther, the daughter of a great sage.

The world of Ni No Kuni is enchanting, with every new area filled with NPCs that aren’t just shoved there to fill up the world. Some have side quests whilst others have tidbits of information to share with you. The colours of the bigger cities bring them to life, whilst the serene forests still look wonderful, but all are made to entice you in to the adventure you find yourself in. Unlike other protagonists, Oliver is someone you’ll grow to care about. He doesn’t wield a sword three times his size, and never claims to be some badass warrior with bulging muscles and a penchant for the ladies. Instead, he’s a kid with a good heart and wants to do what’s best. I found myself caring about Oliver. His heartbreak early on drives him to help save Mr. Drippy’s world, inspiring others around him as well as the person controlling him.

I won’t labour on about the busy battle mechanics at play in Ni No Kuni Remastered, but if you’re new to it all it can take some time to soak it in. It blends a multitude of styles into its battles, most notably Tales Of with its free movement, along with the Pokemon mechanics seen when choosing who to send in to fight for you. You can use Oliver in battles, but along the way you’ll collect creatures known as Familiars, and these can be used to fight on your behalf. You’ll unlock a multitude of spells which can be used in fights as well when you’re travelling, and other characters will join your party along the way. There’s so much to love in Ni No Kuni Remastered, such as the sweet Side Quests that aren’t just the typical ‘fetch this and bring it back to me’ types often seen in RPGs. They swirl around the notion that the broken-hearted individuals are missing pieces of their heart, and Oliver can help mend them with his magic. After completing a certain amount of them you’ll earn stamps on a Merit Card which can eventually be used to improve your character.

With Studio Ghibli behind the game’s animation, there’s never a weak moment, and the story is fleshed out by some glorious cutscenes that reach the heights of the animation studio’s best. When you look at the original and see just what’s been changed, the world remastered isn’t an understatement. Pair this with the stunning soundtrack written by famous Japanese composer Joe Hisaishi and it’s simply wonderful. Ni No Kuni could’ve simply been released as a movie, but what makes it so much more special is the effort put in by Level-5 to make the gameplay as inviting and as interesting as any of the best JRPGs out there. Whilst it shares similarities with the likes of Dragon Quest, Pokemon, and the Tales Of series, it stands on its own.

Ni No Kuni: Wrath of the White Witch Remastered looks better than it ever has, and the visual improvements are clear to see. It’s a wonderful adventure filled with gorgeous scenery and fascinating characters that make the adventure one that everyone should embark on. Whether you’re coming into it blind or are wanting to experience the game once again, this remaster is the perfect opportunity.

No new features
A lot to get used to

Ni No Kuni: Wrath of the White Witch Remastered makes sufficient improvements to the visuals, bringing the same incredible JRPG to PC and PS4 without leaving any detail behind.

You may also like
Bandai NamcoNi No Kuni: Wrath of the White WitchPC