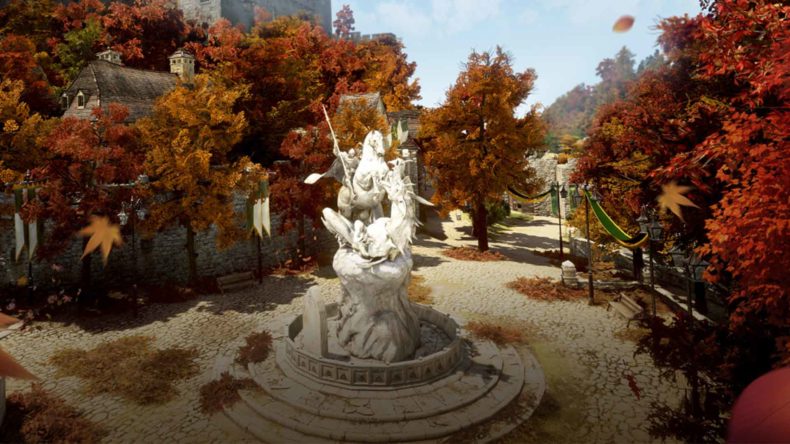 The Black Desert Online roadmap has been revealed during a livestream, and shown off lots of new playable content coming down the line.

Launching on October 12th, “The Magnus” is the first of the new content for Black Desert Online, and is “an unseen realm unbound by time and space, coexisting alongside the world of Black Desert. This realm offers players new challenges and adventures that can’t be found in Black Desert Online’s main world. Players in The Magnus can travel to special areas called “Abysses” where they will encounter missions and quests that are unique to the theme of each Abyss”.

You can access these abysses through wells in the main world, and they can be used to transport to other territories within Black Desert Online. If you finish The Magnus you’ll get a new “Rabam Skill” for each class, and a “PEN (V) Boss Armour”, which is some top tier gear.

Elsewhere a new co-op dungeon called Atoraxxion: Yolunakea is coming in November. This one is “set in the ruins of an ancient forest, this new dungeon offers epic monster battles, thought-provoking puzzles, and an in-depth exploration of lore through a fast-paced story-driven questline. Players must defeat Amarillos, a challenging boss that evolves into a new form with more strength and power every time it is taken down. The difficulty of this dungeon is similar to the previous co-op dungeon Sycrakea”.

That’s not it, however. There’s a new region in development called The Land of the Morning Light, which you can see a trailer for, below:

Oh and just in case that wasn’t enough informaiton, there were two in-game coupon codes revealed, as seen below: