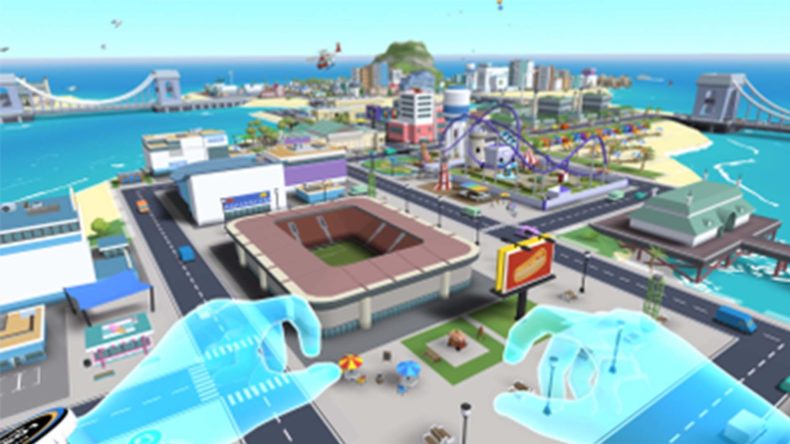 The cozy city creator Little Cities is getting a big update today called Attractions, which will feature over 30 new items and a rating system.

Developer nDreams explains, saying: “Attractions are an all-new collection of items, spanning everything from statues and fountains to donut shops and helter skelters. As well as transforming the look and vibe of your city, getting creative with Attractions will delight your citizens and up your Style Rating”.

There’s also a new Style Rating system, which nDreams says “rewards innovative city creators with even more unlockable items, giving each location a fresh twist. Plus, some special Attractions can be paired perfectly with existing buildings to send your rating sky high. Look out for clues in our latest trailer, but there are plenty more to discover – adding hours of play for those who seek a new level of creative challenge”.

“We’ve loved seeing players’ reactions to our updates and we’ve been particularly focused on delivering more ways to encourage our amazing community’s creativity” said James Howard, co-founder of Purple Yonder. “With the Attractions Update, we believe players are going to love the additional level of depth the Style Rating system brings, whether they’re first-timers or Little Cities veterans. This update keeps city creation approachable and unfussy, while adding a totally new motivation to transform the look and feel of your cities.”

To celebrate, Little Cities publisher, nDreams (the award-winning VR studio and creators of Phantom: Covert Ops and Fracked) are today launching a competition with a money-can’t-buy prize. The winner, to be announced at the end of October, will have the chance to design their very own in-game item with Purple Yonder for a future Little Cities update! To enter, fans need to share their most stylish screenshot of their city adorned with Attractions using #PrettyLittleCities via nDreams’ Twitter, Facebook, Instagram, or posting in the Little Cities channel on nDreams’ Discord.

nDreams says there’s more coming for Little Cities at a later date, too. It’s out now in VR via Meta Quest and Meta Quest 2, while it’s also available in non-VR on PC.