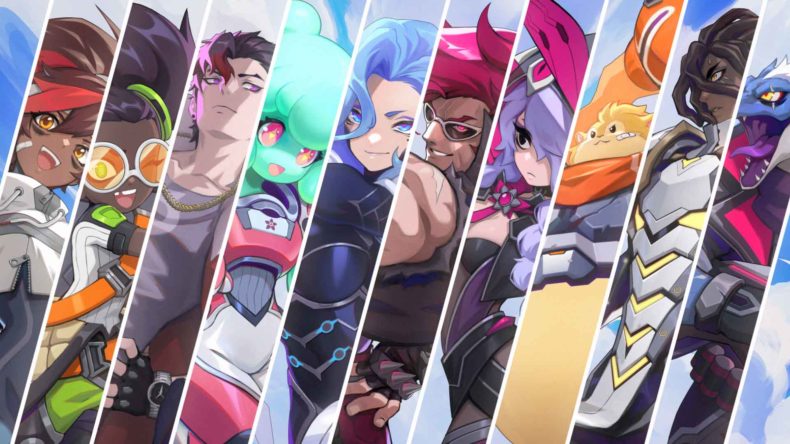 We never really know what the next big multiplayer game is going to be. Games like Titanfall and Evolve can look like they’re going to be the next big thing, but you just can’t tell if a game is going to fizzle out when it gets in the hands of the players. Maybe it’s better to look at a studio’s pedigree when pondering how successful a new multiplayer game will be. If that’s the case then Odyssey, a team made up of talented people who have worked on Apex Legends, Halo Infinite and as leads at Riot Games, have a great chance with Omega Strikers.

But what is Omega Strikers? It’s a top down hero football game of course. Each match of Omega Strikers sees teams of three players trying to score goals against the enemy team. You do this by running up to the ball and hitting it, which sends it flying in a straight line at speed while bouncing off any of the walls of the arena. It’s sort of like air hockey, but with lots of players and special abilities.

To say the heroes you can play as in Omega Strikers are varied would be an understatement. There are all sorts of human characters, a weird dragon with a gun, and even a gigantic hamster with a vaguely human body. They don’t just look different though, they also have entirely different skill sets. 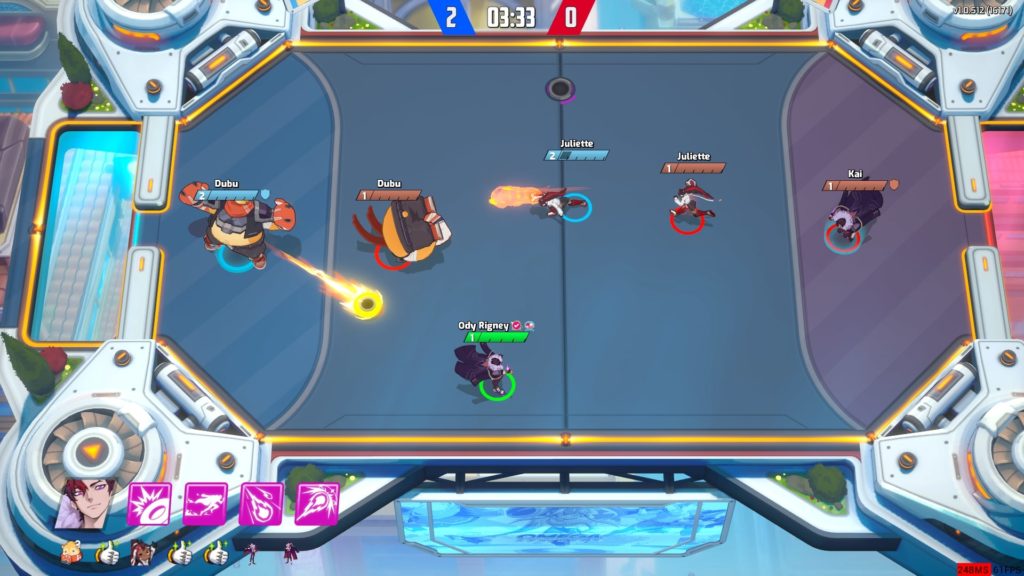 All of the heroes have three abilities they can use (as well as the standard punt) while on the pitch. These range from simple things like firing the ball extra fast or rolling towards it super fast from a distance, to shooting it with a gun or even setting up walls of bumpers that block it from coming your way. The variety is pretty incredible, and means that this big game of football/air hockey will always be chaotic.

It’s also where I had my first issue with the game though. The sheer variety of characters and what they can do makes it really confusing for a new player. Sure you’ll understand the basic rule of “score a goal”, but once you give it a welly someone will suddenly teleport it somewhere else then spawn a blob that aims it into your goal – leaving you confused and bereft. I’m sure with time it will all come naturally, but it’s much more overwhelming to a new player than something like Rocket League.

Scoring a goal doesn’t have to be your main objective in Omega Strikers, because if you really want to be a dick you can focus on beating up the other team. Everyone has a health bar, and if you hit them with enough of your abilities you’ll stagger them and make them vulnerable to being removed from the arena. One hit into a wall is all it takes to send someone packing for a short time, so be careful of those chaotic members of the enemy team. 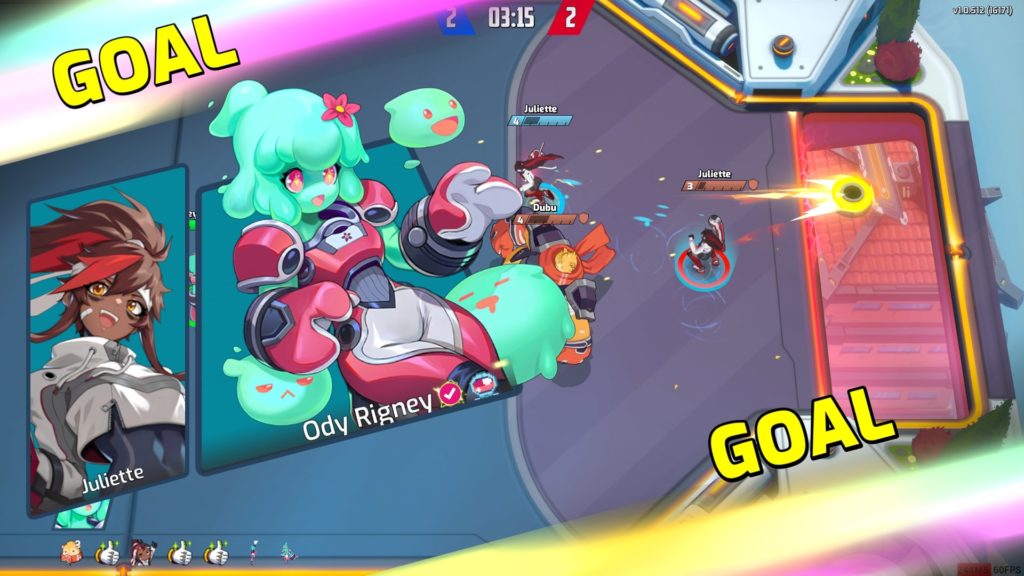 Doing things like eliminating players, connecting with the ball and scoring goals levels you up as you play, which makes your character better at hero football. It’s a little hard to tell what this does as a new player, but I’d imagine you’re more likely to score goals and are probably a bit faster each time you fill that experience meter.

Outside of the actual gameplay, Omega Strikers has plenty of hooks to keep you playing. There are all sorts of quests to complete to earn currency, and a big ole store full of characters and cosmetics to add to your collection. There’s also plans to add new content (usually a map and character) every two weeks for a significant amount of time after launch, which is really impressive.

If you’re big into any streamers, Omega Strikers also has a very cool plan to get you even more invested in the game. They’ll be pitting popular streamers and their communities against each other to see who can win the most games, with unique cosmetics on the line for the victor. This honestly is something I can’t see myself getting involved with, but there will be a big audience for this that could really enjoy getting involved with their favourite content creator. 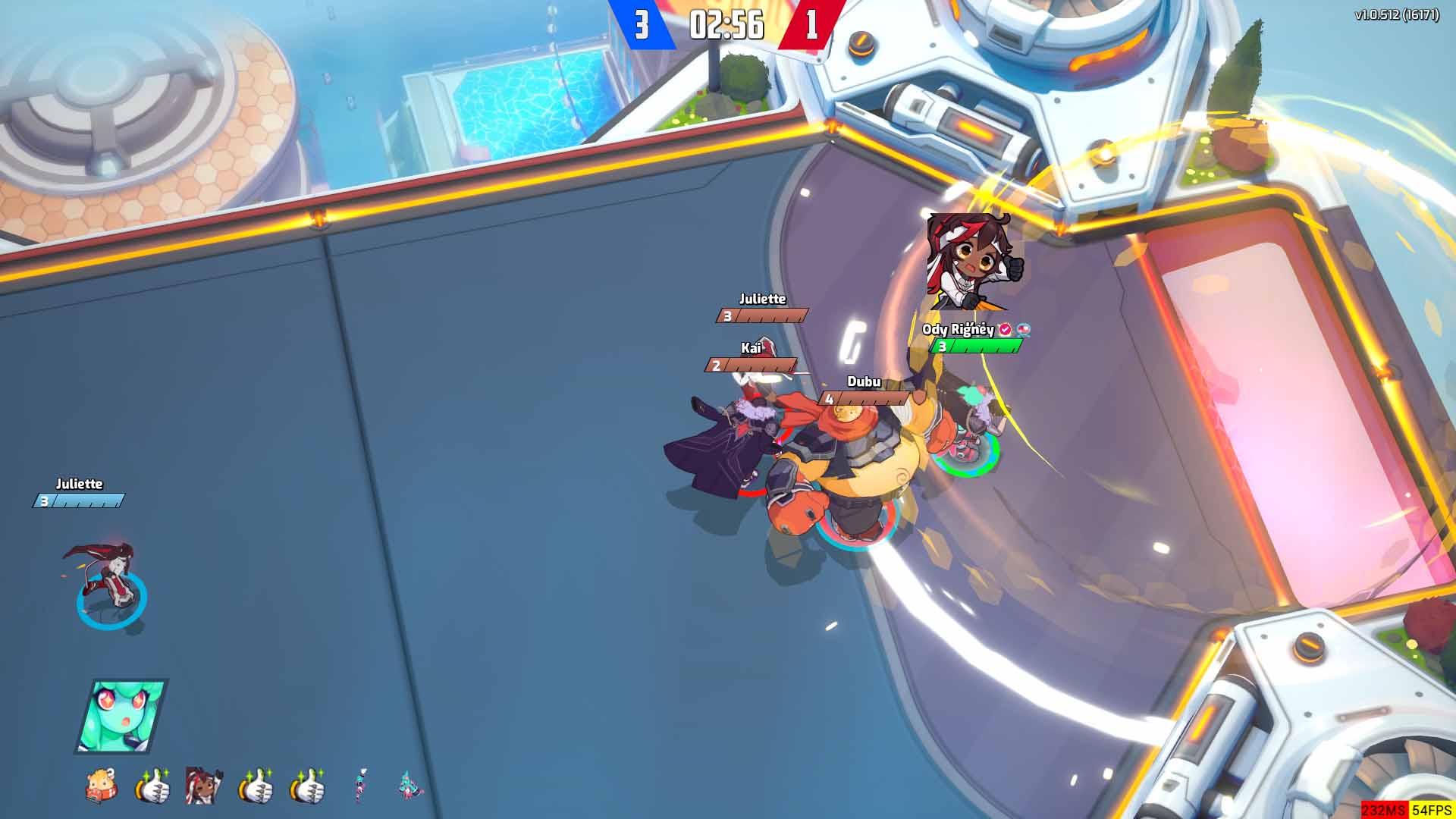 At the core of their design philosophy, Odyssey want to ensure the best multiplayer experience for all. Because of this they’re planning on making sure that the game has crossplay across all platforms and that there will never be an issue playing with your friend however they want to access Omega Strikers. It’s great to hear this before a game even launches.

Omega Strikers is launching in a Closed Beta right now, with keys available as Twitch Drops. It will hit full release and be coming to mobile and consoles soon too.

Odyssey is now available on Steam