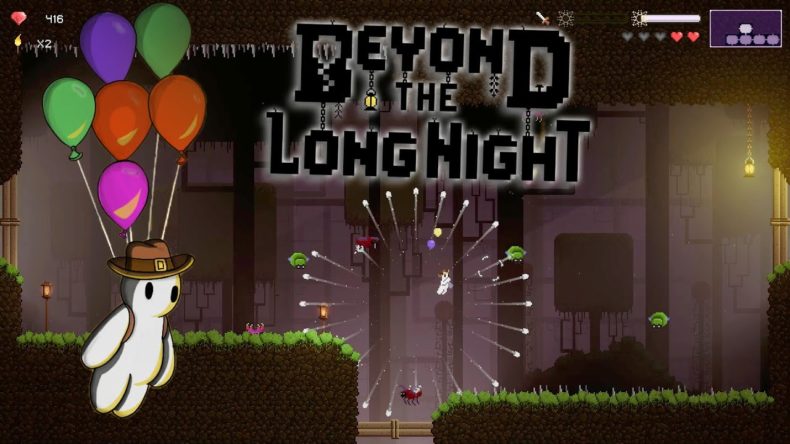 There was a time where it felt like twin stick shooters were the next big genre. Hugely successful indie games like Geometry Wars and Everyday Shooter put these arcade style experiences on the map, and as part of every Xbox Summer of Arcade there was always one twin stick experience waiting to be loved. When The Binding of Isaac combined roguelike elements with this awesome control scheme a magical discovery was made, and one of my favourite games of all time was born. I was more than happy to see if Beyond the Long Night could continue this trend, with a hands-on demo of the first world.

Awakening in an underground labyrinth with no idea how they got there, our hero sets upon trying to escape to the mysterious Overworld. With the help of some handy balloons to float your way around and some sort of gun, you’re tasked with making your way out of this sinister and dangerous world by any means necessary.

You’ll mainly do this by going from room to room and shooting all the angry little critters waiting for you. As you might expect the left stick moves you around the caverns and the right stick fires bullets at the bugs blocking your way. When you enter a room you’re generally expected to empty it of baddies before you leave, so get ready to exterminate some fools.

The enemies you fight in Beyond the Long Night are a bit of a mixed bag. Some are inoffensive enough, like the flies that sit there waiting to be shot or the big green bugs that slowly chase you. Others like the snake that moves like it’s stuck in a game of the Nokia classic are just delightful. And then there are the bees that I hate with every fibre of my being. The bees are so small that they’re easy to miss when you enter a room, and once you start firing, blend in with your bullets for ultimate camouflage. When they get close enough they fire a super fast bullet at you that will score an easy hit if you’re not careful. I lost count of the number of runs that were ruined by pesky bees very quickly. 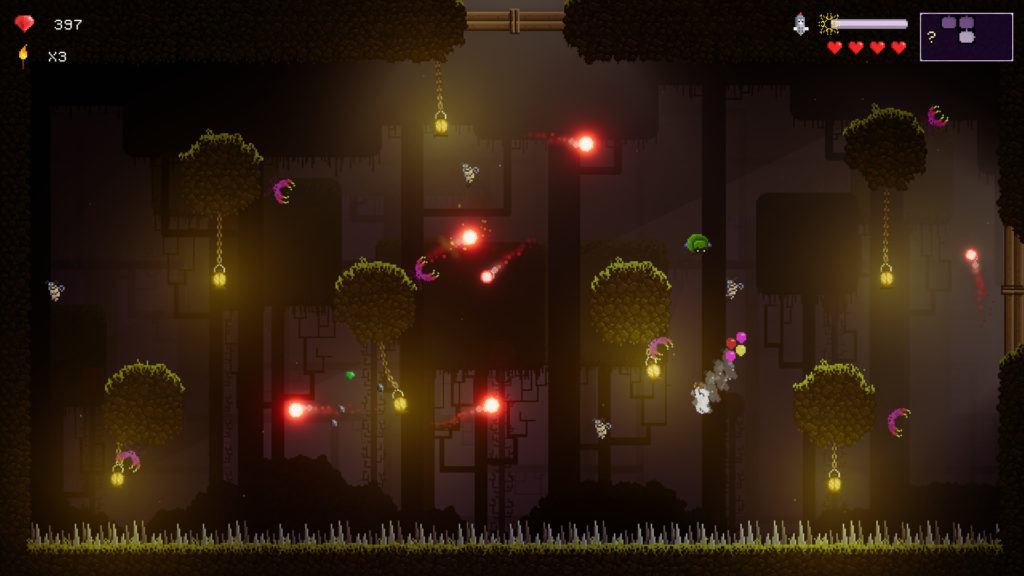 You’ve got a few tricks up your sleeve to deal with the more irritating inhabitants of Beyond the Long Night though, like a somewhat handy dodge ability and super moves. If you shoot enough enemies you’ll fill your super meter and be able to unleash one of these at the push of a button, with plenty of types to find and experiment with on your adventure. One move blasts enemies backwards into walls and is perfect when spikes are about, another gives you a temporary shield that blocks a hit. You’d better hope you get a good one from the friendly stranger at the start of your run, because you’ll need it.

You aren’t the only weird white stickman stuck in the underworld. There are plenty of people to chat to if you check your map for question marks, and by interacting with them over and over again you’ll get to know them better. It’s sort of like how it works in Hades, albeit on a bit of a smaller scale and with less tangible rewards between runs.

There are no shortage of power ups to find while out on your runs though. From fairly basic abilities like faster attack speed and bullets that slow enemies down, to more exciting things like little floating heads that shoot enemies alongside you. It’s so important to gather enough of them by exploring the world, but there is also a time limit to be mindful of.

After a few minutes pass at the start of your run, a sinister red light starts to approach from the bottom of the map. Once this happens you’ll have to pick up the pace, because if that light catches you then you’ll start to take damage and will die very quickly. It’s a really interesting way to add a bit of time pressure to the game, and if you get too cocky and try to check every room then a couple of wrong turns will mark the end of your run. 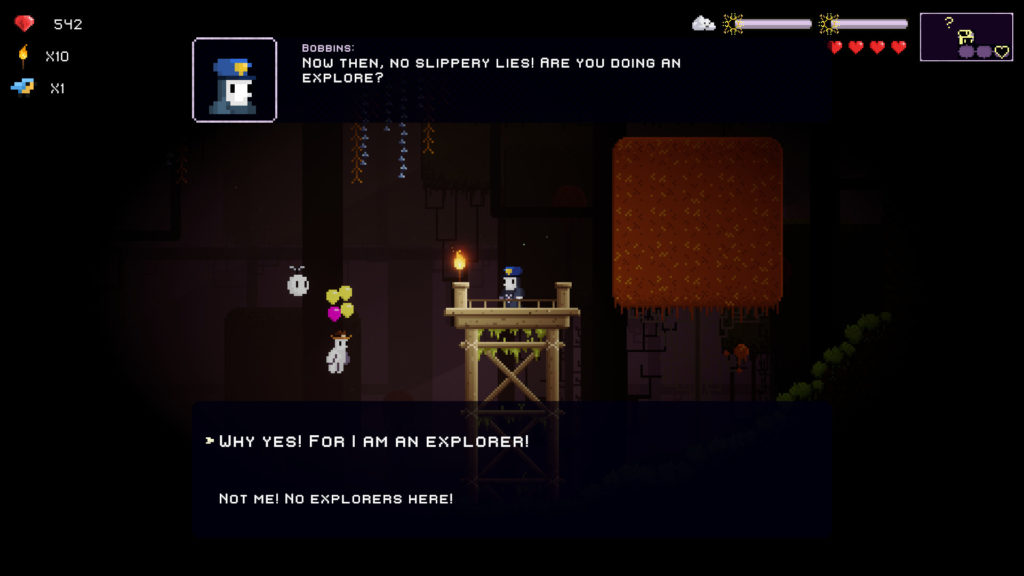 Possibly my favourite part of this demo build of Beyond the Long Night were the items you unlock for finishing a run. The first of these is a party hat which speeds up the game and makes it utterly terrifying, and the other is a chalice that allows you to keep all the power ups you got in the last run and ups the difficulty. This is such a clever way to keep hardcore players interested once they get good enough to win reliably, and is something I’m sure much more talented gamers than me will go to town on.

Although I only got to experience the first area of Beyond the Long Night, I had a lot of fun doing so. It isn’t without its issues though, chief among them being how small a lot of the enemies are. Having to aim so directly at tiny bugs gets frustrating fast, especially if they’re particularly aggressive on the offence. I also found the dodge ability to be really underwhelming. It doesn’t grant you any invincibility when you use it, and it just feels wrong to take damage while trying to roll away.

After one world of Beyond the Long Night, I find myself really looking forward to the full release. With a little bit of extra content (and hopefully some bigger enemies) I can see myself getting hooked on this twin stick roguelike and coming back over and over again for just one more run.

Beyond the Long Night is coming to PC via Steam in 2023.