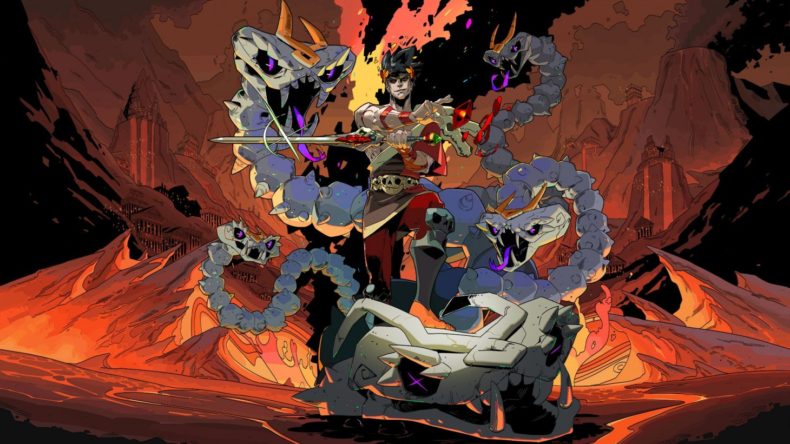 At this point, me reviewing Hades is just me finding new ways to tell you it’s one of the best games of the last five years. Or ten years. Or maybe all the years. If you haven’t played it yet on PC or Nintendo Switch, you’re in for a treat.

The PS5 version of Supergiant Game’s seminal roguelite is almost identical to the PC version. It runs at a buttery smooth 60fps, and sings in 4K. It’s mix of colours and lighting is gorgeous, rendering the many realms of the Greek Underworld in vivid detail. 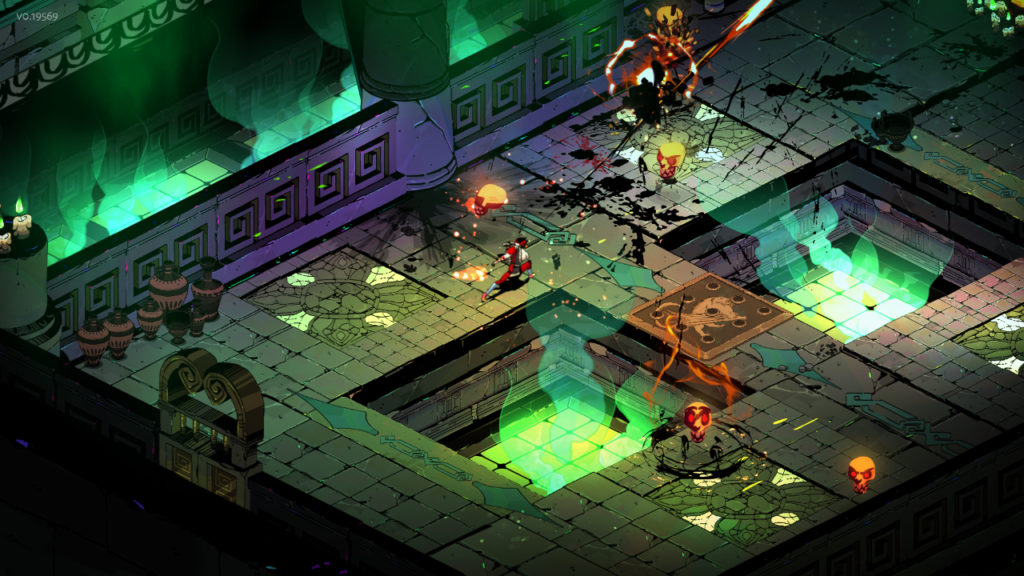 It tells the tale of Zagreus, son of the titular Hades, through his multiple attempts to escape the Underworld and reach Mount Olympus. And it’s a tale well-told, despite the roguelite setup. The Greek Pantheon are more than willing to help him ascend. From Zeus and Poseidon to Aphrodite, Athena and Ares, they all show up from time to time to offer boons.

Each area is divided into rooms, and when you clear a room, you’re rewarded. Sometimes that might be with coins to spend at Charon’s shop, or Poms of Power to increase an equipped boon. You might receive a health bar extension, or shadow crystals to purchase permanent power-ups in Zagreus’ bedroom. Sometimes, though, you’ll invoke one of the Olympean deities. These colourful character not only bestow buffs and modifiers based on their creed, but also offer to answer the Call. 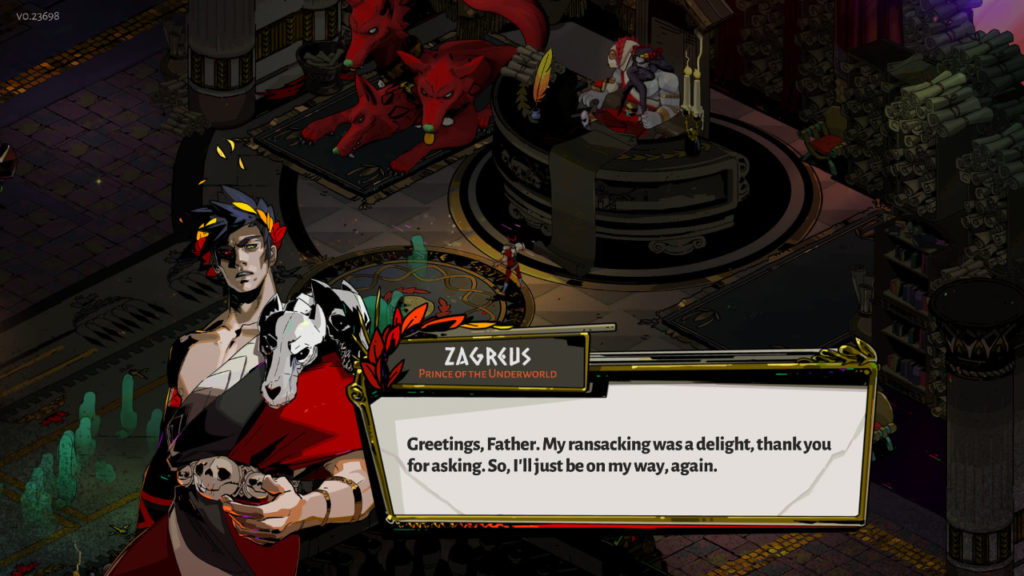 While each modifier is a powerful bonus (Zeus, for example, will bestow your attacks with lightning damage), the Call allows you to briefly summon a deity to help you in a fight. They can be absolute lifesavers, especially during boss fights. There’s a surprising heart to the writing here too, and the line delivery is bursting with personality. Particularly Zagreus, whose flat, deadpan tone is shamelessly compelling.

Weapons and permanent buffs are unlocked with Cthonic Keys, also earned as rewards for clearing rooms. While you begin with Zagreus’ trusty broadsword, you’ll soon unlock a spear, shield, bow, and a handful of other weapons. Each begins with a base attack and special attack, but all can be upgraded and modified with the aforementioned boons.

CHECK THIS OUT: Is Halo Still relevant in 2021?

Now and then you’ll find Nectar, which can be gifted to various NPCs in exchange for Keepsakes. These are equipped pre-run, or later between rooms, and offer benefits such as increased backstab damage or a starting bonus of cash to spend. There’s so much to earn and unlock that you’ll always feel like you’re making progress, even when you die. And if you activate “God Mode” in options, you’ll receive a bonus to damage reduction when you fail a run, ensuring that it gets fractionally easier each time. 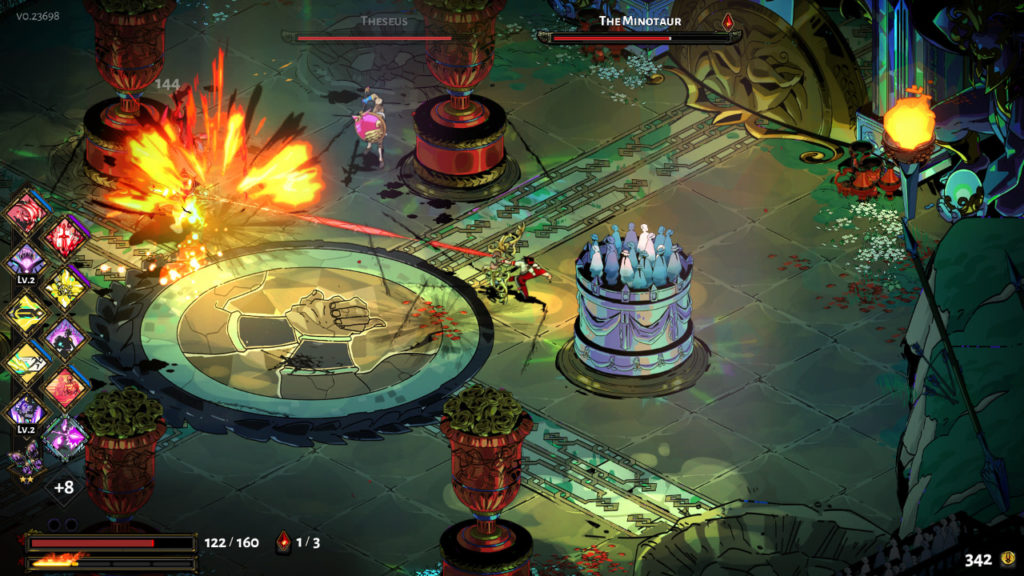 I want to break free

Where Hades excels among other roguelites is in its sense of identity. It feels unique, and the world it builds feels real. Because the story continues even when you fail, there’s a true sense that the world exists with or without your agency. Yes, you can spend jewels to upgrade and modify Hades’ greathall, or add altars and resource nodes to runs, but it’s not all about moving forward. Characters move around between runs, they have conversations that hint at hidden agendas, and freely impart wisdom to Zagreus.

Hades is exceptional, and the more you play it, the more you love it. If there’s a complaint to be made, it’s that there’s no new content in the PS5 version. But what’s here is already awesome. Millimetre-perfect combat, responsive controls, stunning visuals and fantastic music combine to create a truly world-beating experience. If you haven’t had the pleasure of playing it yet, you owe it to yourself to give it a go on PlayStation 5 or Xbox.

One of the best games of the last few years comes to next-gen consoles. Hades is a great ride on PS5, and well worth your time.