The Binding of Isaac: Afterbirth+ Review 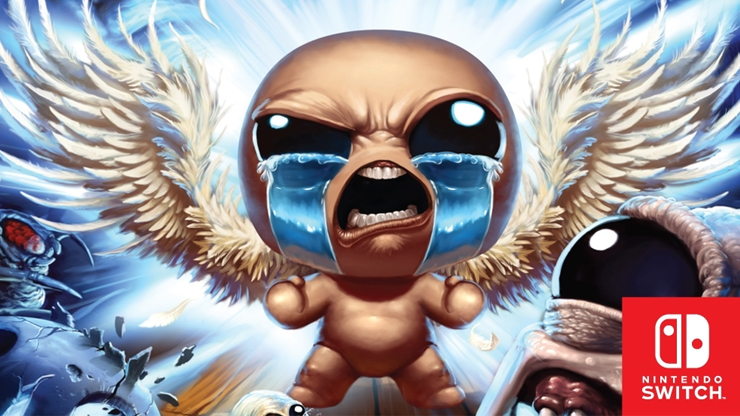 While most people were absorbed into The Legend of Zelda: Breath of the Wild, I decided to get The Binding of Isaac for the sixth time because it is a game I love too much. Having already experienced the original game on PC, and Rebirth on PC, PlayStation 4, Vita, iPhone, iPad and New 3DS, I was ready to drop time and money into another release of a game I have been addicted to for a long time.

While the other releases I played were just Rebirth with none of the 2 expansions that released after, the Switch version includes both Afterbirth and Afterbirth+. These two expansions add a ton of content to the base Rebirth game, but I was just looking forward to hopefully having the best portable Isaac experience ever. Afterbirth+ on Switch delivered just that. If you aren’t familiar with it, The Binding of Isaac is a roguelike with a story that is somewhat inspired by the biblical tale of the same name. There is a lot of content in the story and thematic nature of the release that may hurt some sentiments and the game was initially rejected from Nintendo and iOS platforms before finally releasing on both. Isaac’s mother gets a little too drunk on the kool aid from certain religious programs and decides to lock Isaac (you) into your room. Isaac’s mother then decides to prove her faith by sacrificing Isaac and this is where the game begins.

Being a roguelike dungeon crawler, expect to be overwhelmed initially by the amount of stuff thrown at you. It took me a few hours on both PC and Vita to get a hang of this when I first started playing Rebirth, but the payoff is amazing. You start out with a few hearts and just basic tears as weapons. Controls are simple and you can either use face buttons and the d pad to move and shoot, or use both analog sticks or even a combination of both. The triggers and shoulder buttons are used to use items. I stuck with both joysticks for a majority of my time across all versions. As you progress, there will be secrets, new items, new enemies, new bosses, and new rooms you come across. Discovering a new item after hundreds of hours is still a joy. Each run is different with the random aspect of item drops, procedural generation of rooms, and more. You may end up with super overpowered items in a single run, but die quickly in the next because of the lack of any useful pickups. The play style is perfectly suited to a portable.

As you play through the main mode and try out challenges, you unlock new playable characters and endings. These mix things up a bit and I urge everyone to take a look at the challenges that are called Computer Savvy and Head Trauma. These ran like garbage on iOS and Vita for me, but are a joy to play here with the batshit insane stuff going on. There’s also a daily challenge and leaderboard if you so desire to test your skills in a set challenge for the day against everyone else. The Joy-Cons allow for a nice coop setup, but there is a performance drop in co-op on the Switch in some situations. I really like the visuals and the consistent art style used throughout. For some reason the Filter option for graphics is missing in the Switch release and this smooths the rough pixel art visuals a bit. While not a dealbreaker, the omission is a little weird. I also wish some of the later areas looked a little  better. Items, enemies, bosses, and animations are all slick, but the actual levels themselves could’ve been a bit better looking. This applies to the music as well with it being much better early on. In fact the main Basement theme, Diptera Sonata is amazing and I can never get tired of it. Performance on the other hand is fantastic with 60fps in both portable and docked mode in single player even with a ton of items and enemies.

The Binding of Isaac: Afterbirth+ on Switch is the definitive version of the game  and easily one of the best games you can play on the Switch right now. Nicalis did a great job with the port and I can’t wait to get back to it after finishing this review.

Great and addictive gameplay
Loads of content from the get go
Tons of items, enemies, and bosses
Plays great in portable and docked modes

Some visual issues
Music could be better in later stages

The Binding of Isaac: Afterbirth+ is my favourite version of the game having played it across literally everything it has released on.

You may also like
the binding of isaac: afterbirth+