previous
Last Day of June Review
random
next
The Binding of Isaac: Afterbirth+ Review
1 like 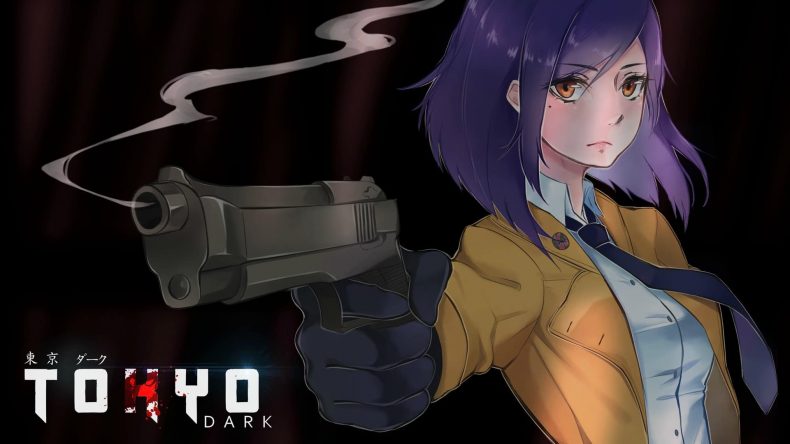 I don’t like visual novels. There, I said it. You’re probably expecting me to hate on this game now, with it being a hybrid of the visual novel and a point and click adventure, but you’d be dead wrong. Right off the bat, I’ll say that Tokyo Dark is one of the finest story-driven adventures I’ve played in a long time. It grabs you from the opening scene and doesn’t let go until long after that first playthrough, because you simply have to play it again and again to see how you could have done things differently. Did you make the wrong choice there? Did you even realise there was a choice to begin with? It gets under your skin.

You play as Detective Itō, returning to work on the Tokyo police force after an ‘incident’ forced her into a long absence. Her partner Tanaka has gone missing and she is sent to find him, but things aren’t as straightforward as they seem. Itō’s investigation will take her all across Tokyo, and she will need to keep her wits about her if she’s to get the answers she needs. Sometimes you’ll find yourself backtracking from place to place however, which gets a bit irritating at times. Luckily, it’s usually worth it. Gameplay is as simple as it gets, with the mouse used to control the detective’s movements left and right across each screen; boxes appear over key items and doorways, and hovering over the sides of that box will show an action, and a quick click will perform that action. The same goes for certain scenes, as you’re forced to make decisions that will affect the direction of the story, sometimes with a timer to keep the suspense as high as possible. There’s no going back to replay a section if you regret a decision though, the autosave takes care of that, so make sure you make the right choice. No pressure.

You can’t always trust the choices presented to you either, depending on how you approach the game’s SPIN (Sanity, Professionalism, Investigation, Neurosis) system. Every choice you make affects at least one of those factors, which can lead to dramatic changes in how others see you and how you see the world. Or rather, what you actually see. As the name suggests, Tokyo Dark isn’t a lighthearted, Saturday morning cartoon. There are some pretty heavy elements of horror in there, including some extremely grim subjects; the way the game messes with your perception of its reality is impressive. Or maybe it won’t mess with you, depending on your decisions.

And it doesn’t stop with the credits. Tokyo Dark comes equipped with ten different standard endings, on top of the numerous ways each scene can play out, and it changes things up even further when you unlock New Game +. Obviously I won’t say too much about the differences as it would spoil the whole thing, but it does genuinely make a huge difference to the story and it even comes with an eleventh ending, exclusive to NG+. I rarely bother replaying games these days, it usually changes nothing and NG+ mostly applies to action RPGs that simply make it more difficult, but I just had to know more about Tokyo Dark’s story, not just for review purposes but to satisfy my own need for answers. As the strapline for this review might suggest, this reminded me of True Detective (the first series, not the poor second) and what might happen if it were to explore the more spiritual country of Japan. Tokyo looks gorgeous here too, thanks to the anime-inspired visuals. Each scene is based on a real location, be it the bright and colourful arcades of Akihabara or some of the game’s more rural locations (none of which I’ll spoil here), they’re all incredibly detailed. These visual treats continue, with some anime scenes that help the story along. This presentation is helped by the stunningly atmospheric sound, more precisely the music. During some of the tensest moments in the game, especially the creepy moments, there’s a real unsettling vibe. Headphones are highly recommended.

Games are often criticised for their lack of maturity, but Tokyo Dark tackles some pretty hefty material and it does so incredibly well. It throws in a few comedic and silly moments to make sure it’s not all doom and gloom, but the whole thing comes together really well. The controls are simple and the gameplay is easy to understand, but the depth of the storytelling and the intelligent way it deals with player choice is exceptional. That first playthrough may only last you four or five hours, but if you can stop yourself from going back in to find out more, then you’ve got more willpower than I.

A lot of backtracking

Tokyo Dark blends visual novel with point and click to create a terrifically dark story, filled with mystery. With eleven endings and so many choices to make, it goes well beyond the four hours of that first playthrough.