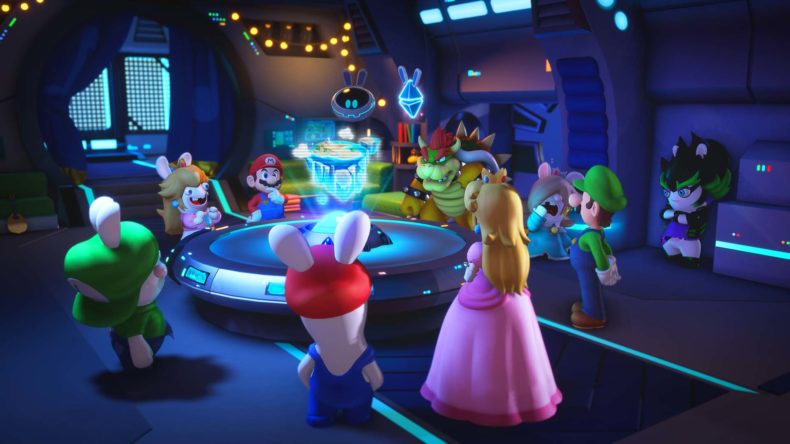 Mario + Rabbids Sparks of Hope is a huge sequel to Kingdom Battle, with lots of mechanics and variety on offer, but with our tips, you will never lose. Thanks to the sheer number of ideas that Ubisoft has crammed into the sequel, it’s very easy to get a bit lost, or forget about things that you are taught in the opening hours when you’re 20 hours deep with the full roster of 9 heroes, and a nearly full set of 30 sparks to choose from.

With a bit of luck, if nothing else, our Mario + Rabbids Sparks of Hope tips will ensure you don’t forget to do things that would make your life easier, especially when it comes to our number one tip, so let’s get started.

One of the very earliest moves you are taught in Sparks of Hope is how to slide into enemies to start a battle. But by hour three you’re likely forgetting to do this over and over, and holding your head in your hands as you realised you could have inflicted more damage with a free move. While attacks, abilities, and spark moves will cost one of your two action points, sliding and team-jumping (and later just using jump pads) cost nothing. 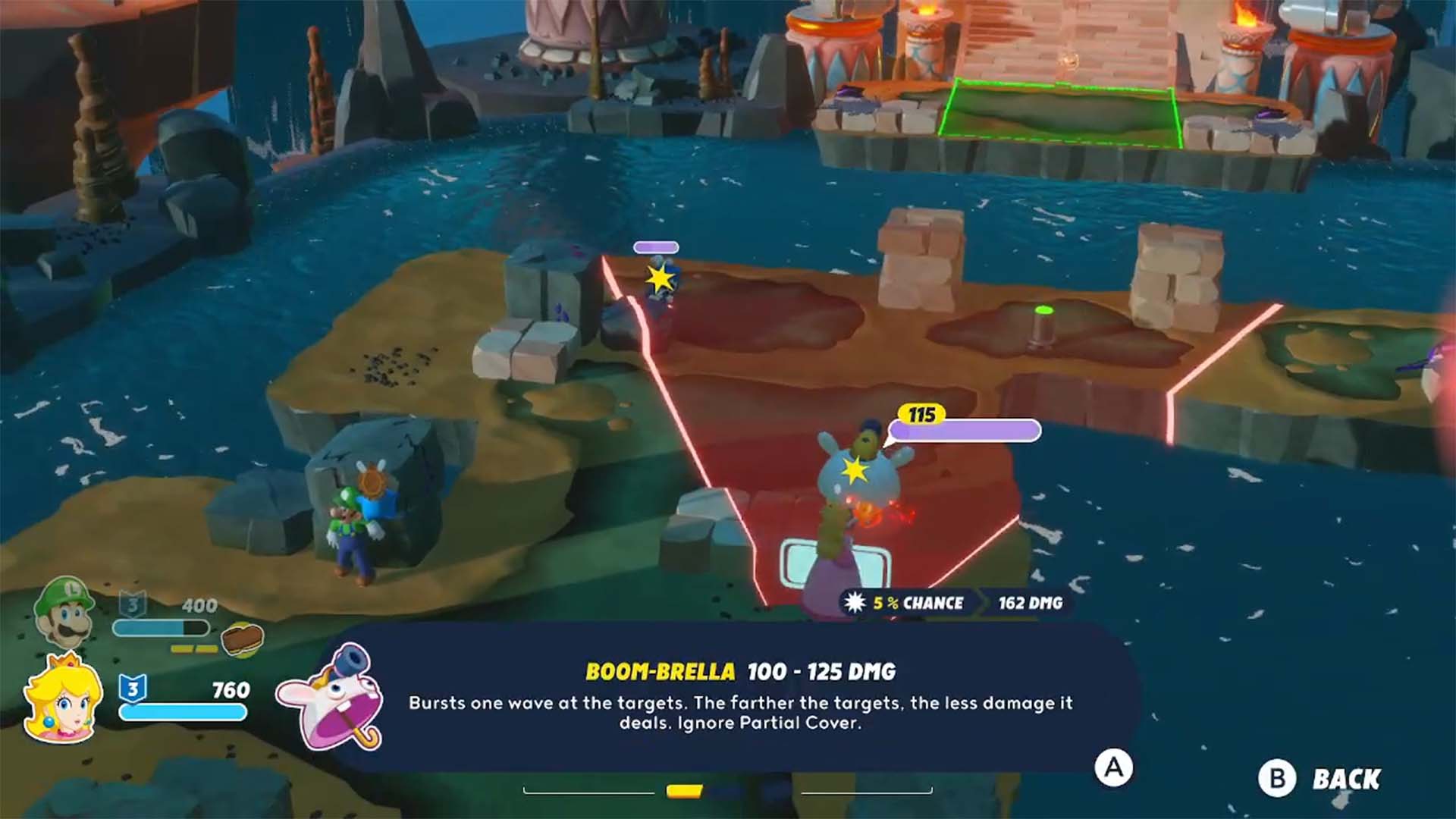 As you progress through the skill trees you can even make it so multiple characters can do extra slides. Edge can do up to 4 slide attacks, and if you use a slide-based Spark move, you can kill some enemies via just sliding alone. Add in the other free moves like team jump and you can gain huge distance, or even use Mario to jump on enemy heads, or Bowser to use his damaging stomp from a team jump. Get into the habit of using these free moves from hour 1, because they can be the difference between success and failure later.

Healing is important, but so is protection: use your team

Rabbid Peach is a hero that, early game, you will rely on heavily. She is the only character that can heal you directly from a move, and later she can even incorporate her healing abilities into her team jump. However, Peach herself is a vital member of the team as well. Her ability to essentially make it so you cannot take damage can be combined with her in-your-face shotgun to make her a serious contender. Don’t get into the habit of only using Rabbid Peach, or any character: variety is the spice of life, so use your team and get to know all their abilities for best case use.

Explore the map and collect as many Sparks as you can 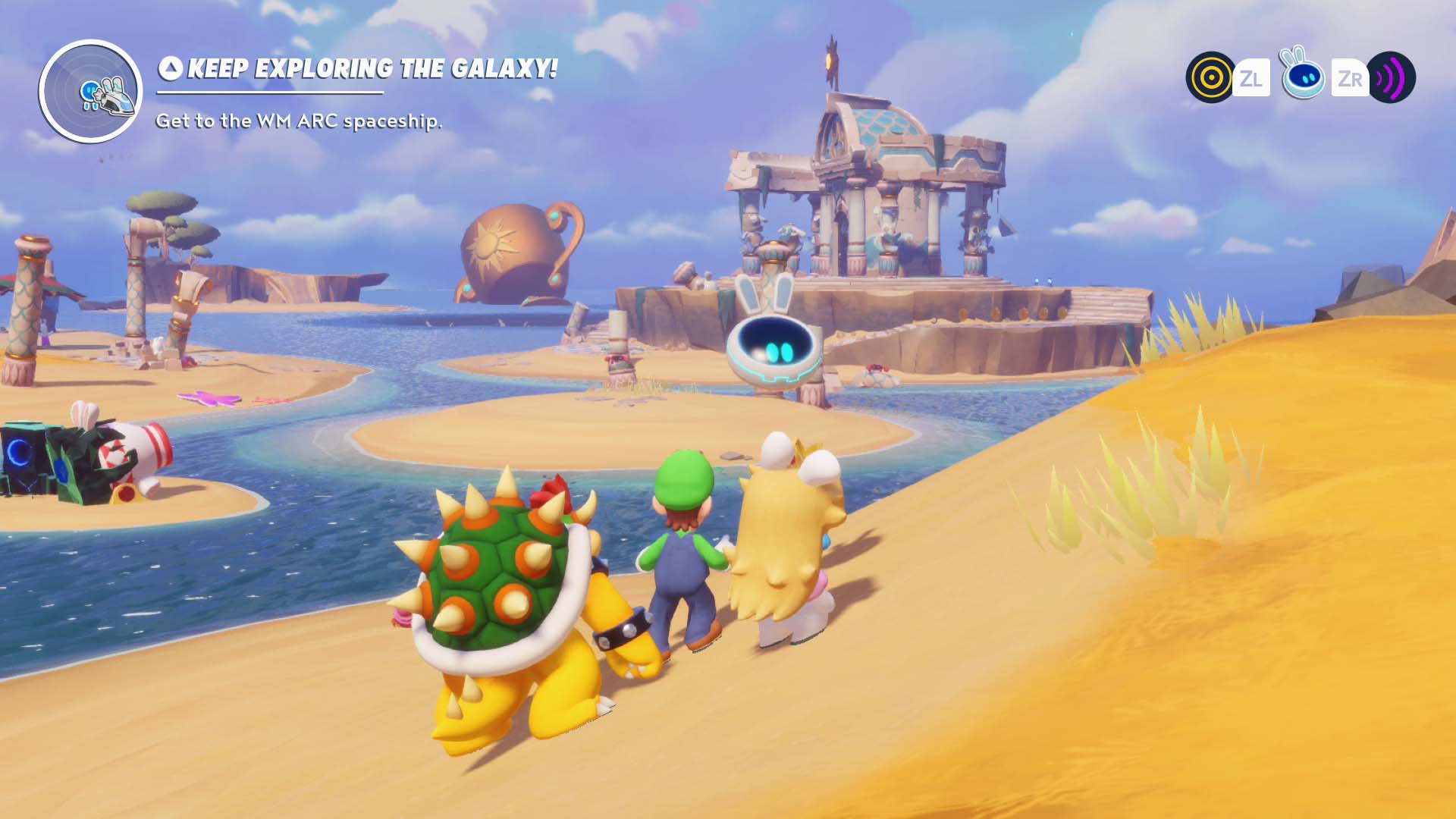 While each island is individual, the maps hold lots of secrets. The biggest and best thing you can find is a new Spark to add to your adventure. If you check your map you will see multiple icons (this is a Ubisoft game, after all) but you’re looking for the yellow Spark icon which tells you that mission will give you a new Spark when completing it. Make sure you do as many side-quests as possible, because most of the best Sparks are hidden behind those missions. If you want a wide variety of attacks to combat any scenario, make sure you don’t rush through the story: play the side content.

Sparks of Hope tips: Seek out the Revive Spark

Did you know that if you have a character downed in a battle, you can revive them? No? Neither did we, because the game never makes this an obvious thing. However, late in the game there is a Spark that is optional to collect, and its entire skill is to add a revive ability to whoever wields it. This Spark doesn’t come into play until very late in the game, but even if you’re tired and want to get the game done, search out all those Sparks for hidden options like revive.

Rabbid Peach isn’t the only hero who can heal 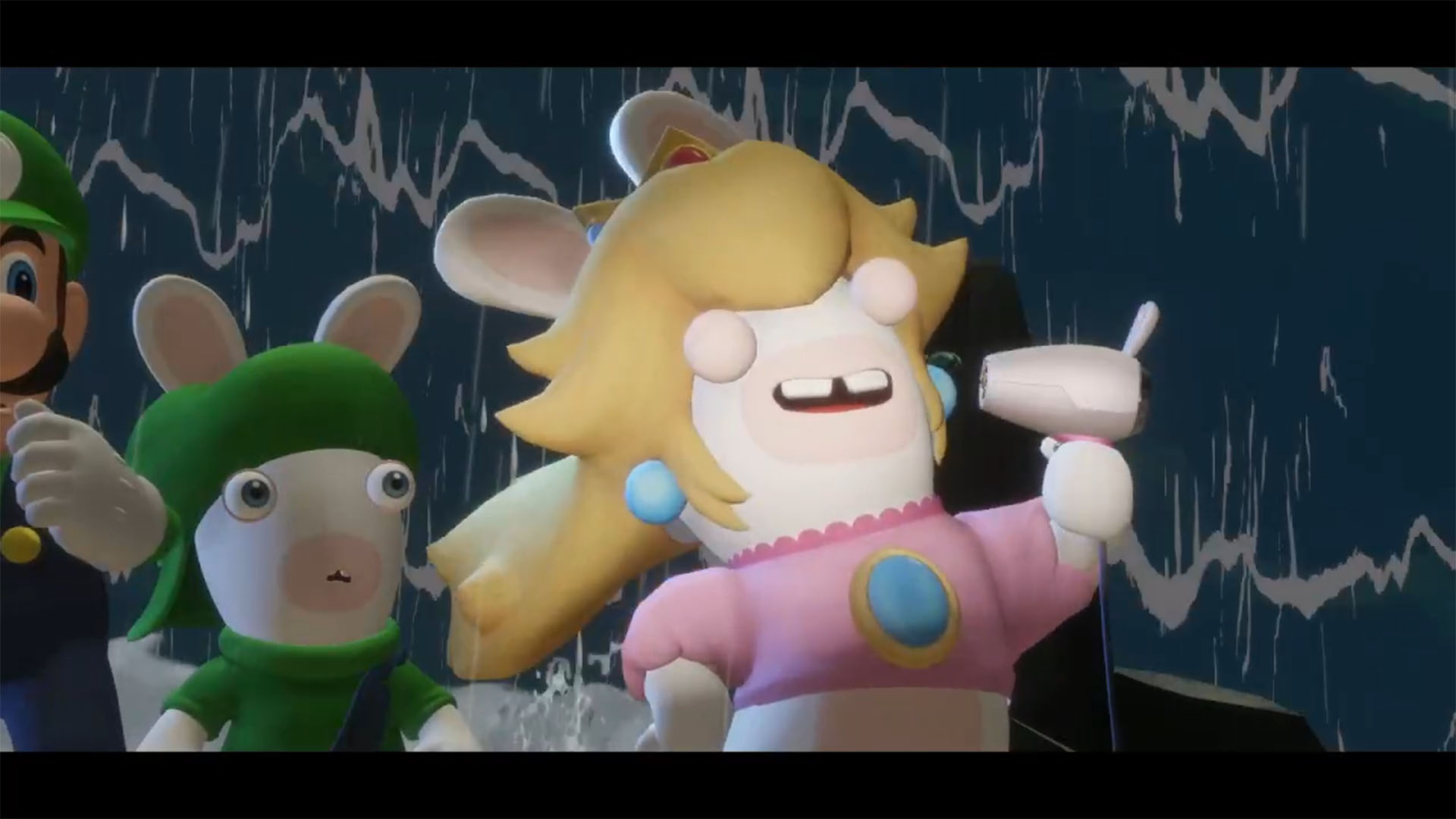 In the second island (the snow/ice one) there is a side quest involving a boat on a pond, with a Spark who wants you to find her three penguins. This quest is optional, but it shouldn’t be. This is the first Spark we found that can add healing capabilities to any character that isn’t Rabbid Peach. Make sure you do this quest so you can have more healing options than just her, and note that there are multiple Sparks that can heal, you just need to search them out.

There are MetroidVania elements, so go back to earlier islands

As you progress through Sparks of Hope, you’ll discover that Beep-O, the avatar you control, gains abilities that let you progress. What you might not realise is that Mario + Rabbids is now a bit of a MetroidVania, and the skills you unlock (the ability to make hidden items and paths show up, or to move magical items) were relevant for earlier levels, you just didn’t know it. Even as far back as the first island, to get 100% completion you’ll need to use the abilities you unlock later on. So remember to revisit the early islands and get all the goodies you may have missed. 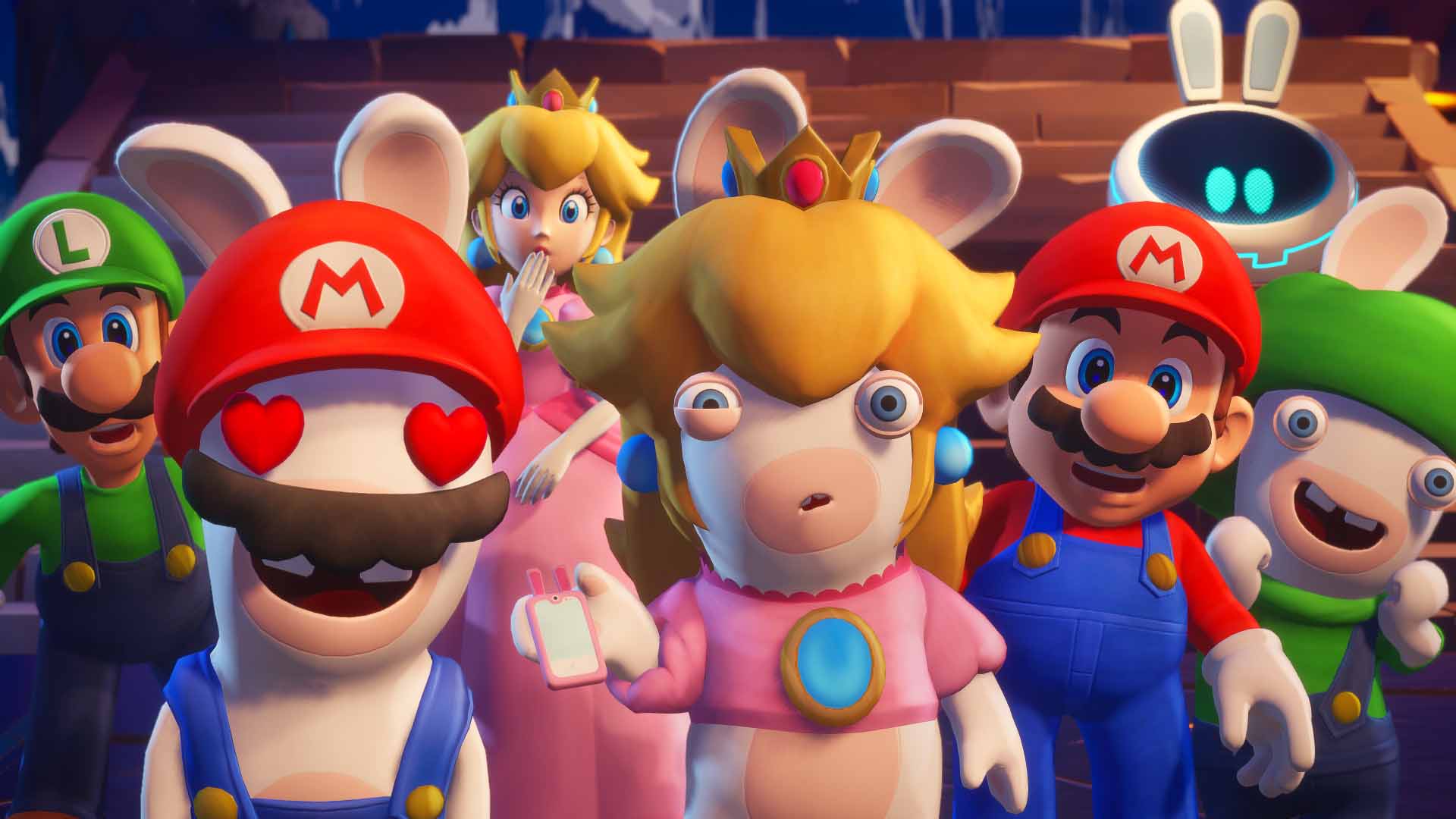 You will have spotted coins all over the islands in Mario + Rabbids Sparks of Hope, and hopefully you’re grabbing any cash that isn’t nailed down. However, did you know that everything respawns so you can double, triple, or quadruple up? Even the secret coins that are hidden behind buildings will respawn if you go into a door/building/area that requires the game to load. When you then exit, the coins you got will be back. Grab the gold, and buy loads of items.