Nadir: A Grimdark Deckbuilder is off to a promising start | Early access impressions 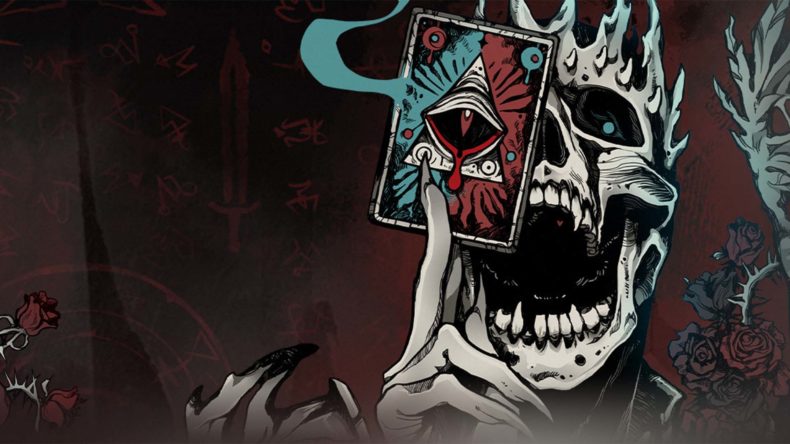 When I get told that a game is a combination of Slay the Spire and Darkest Dungeon, I’m going to want to play that game. There have been a whole lot of deck building games released this year, so Nadir: A Grimdark Deckbuilder has a lot of competition. In its current form though it really does have a lot going for it, especially if you don’t mind getting your ass kicked by nightmare fuel enemies.

At the start of each run of Nadir you choose your character. These are poor souls trapped in hell that just so happen to be famous historical figures. You’ll start with only Joan of Arc unlocked, but there’s a famous vampiric hero available too, as well as a third character coming in a future update. Once you’ve picked your protagonist you’re ready to descend deeper into hell and take on any nasties that get in your way. 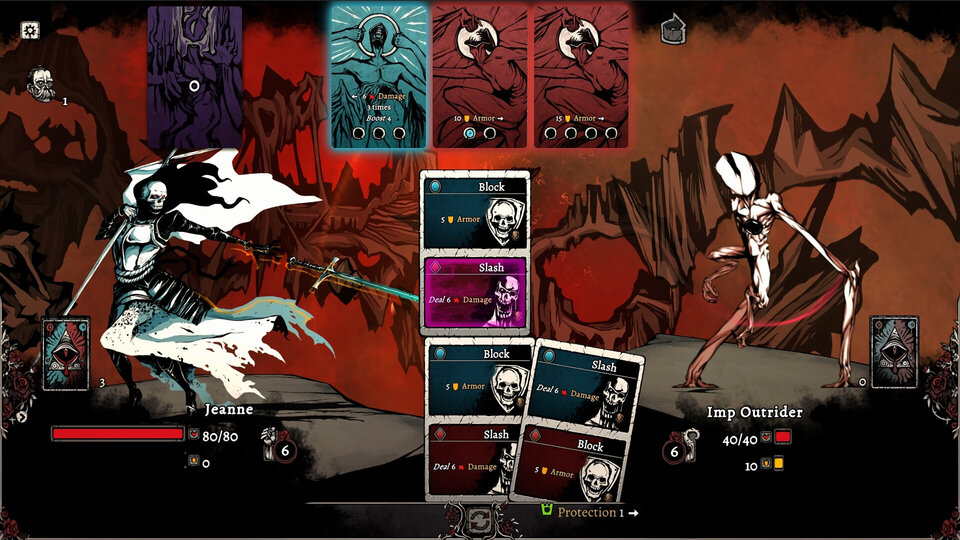 The card combat in Nadir is really interesting. Each card is actually two cards combined, one blue card and one red card. Your enemy has red and blue attacks prepared at the top of the screen, and each time you use one of your cards you’ll advance those attacks forward depending on the coloured ability you used. It sounds complex, but what it essentially means is that you have complete control over what attacks are coming at you next and can (hopefully) prepare accordingly.

Your abilities have all the card game effects you’d expect to see. The most basic feature dealing damage or adding block to your character to prevent taking it, but there are all sorts of other stat boosts and effects you can unleash. Some runs I’d end up with a deck that entirely prevented damage with powerful defensive cards, others I’d use special damage over time cards to end a battle in seconds once I’d set everything up. It’s a lot of fun discovering the best strategies, and it’s also the only way you’ll succeed in your descent.

As well as fighting monsters made out of intestines, you’ll also get access to shops, powerful artifacts and deck editing facilities in each ring of hell you dive deeper into. There’s no way you’ll survive unless you make yourself stronger as efficiently as possible, so getting new passive buffs (like making your first attack a critical hit or gaining block when you have none) and streamlining your card pool is key. 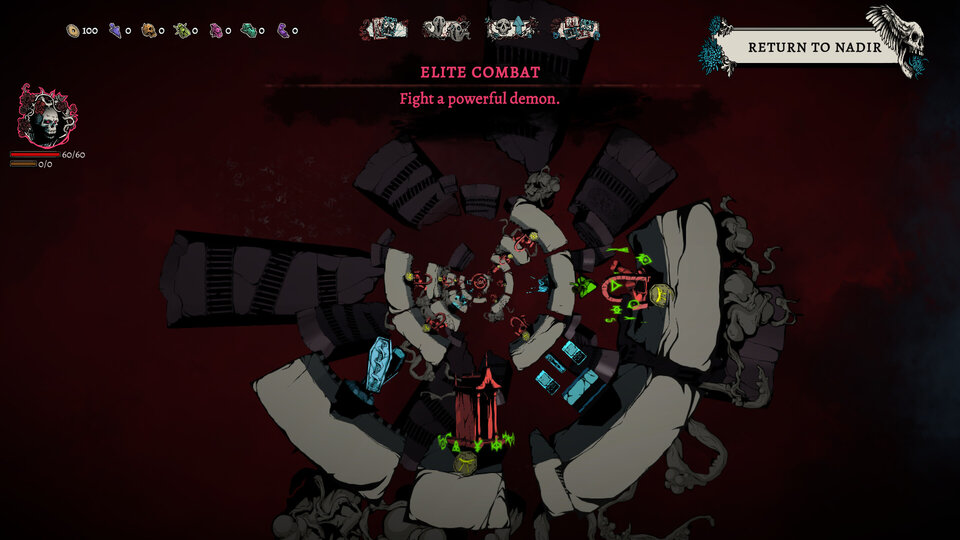 After every battle you’re given some choices that will end up with you owning two different halves of a card, which you can stick together and add to your deck. Your current cards can be separated and combined with other card parts you have too, giving you total control over the abilities you have in your deck. Because of how easy (and cost free) it is to customise your deck, you’ll soon have the perfect setup to take down enemies.

Eventually though you’ll probably get taken down by an elite enemy or a boss, and will be sent back to the Nadir. This village is your base of operations, and is where you can spend the currency you gather on your runs to add stuff to the game like adding new cards to the pool or even new characters.

It’s nice to have things to be working towards, and the way that the Nadir works means each unlock always ends up leading to the next. Unlocking a new area to explore on your roguelike runs might give you access to a new type of currency that will unlock something else new, or maybe you need the drops from bosses or elite for the next building you want so should focus on that. The loop of unlocking new stuff is really compelling, and makes subsequent runs more manageable too. 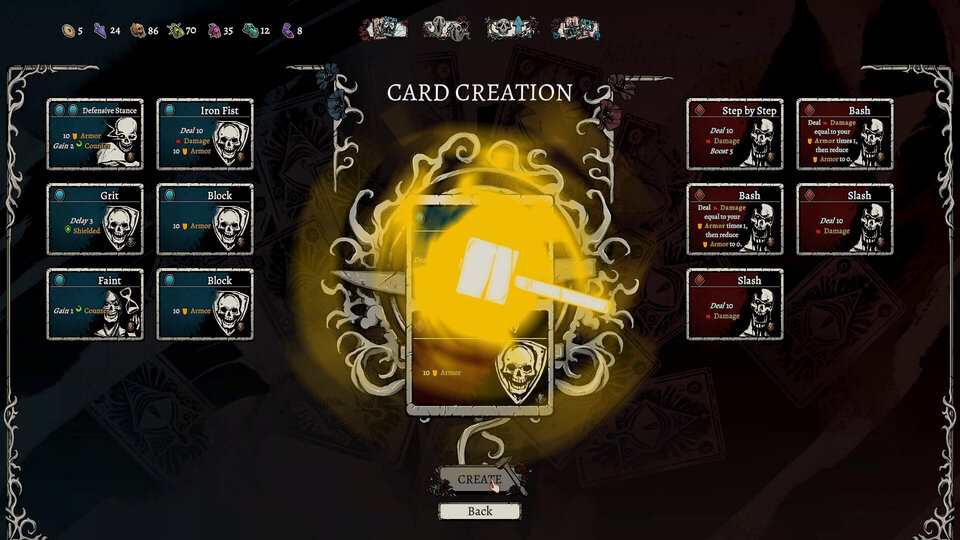 If there’s any issue that Nadir has currently it’s a bit of a lack of content. Seeing the exact same artifacts every run gets pretty boring, and before you unlock more varied cards you’ll see the same cards on most runs too. This will likely change as more content is added to the game before it hits 1.0, but it’s worth keeping in mind before you take the plunge.

Nadir: A Grimdark Deckbuilder is showing all the signs of being a great deck builder when it launches in its entirety. The card combat is totally unique and allows for more strategic play, and the setting is great. In its current form it is lacking a little bit of content, but if you want to get in on the ground floor you’ll still have a great time taking on hell’s demons.

Nadir: A Grimdark Deckbuilder is out now in early access.