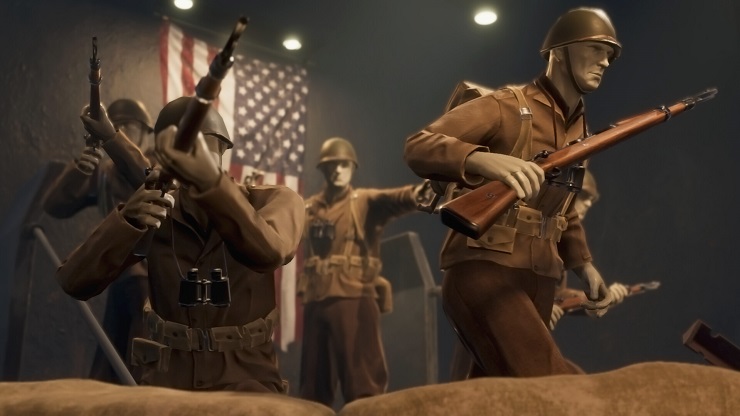 Noobz From Poland and 505 Games have announced today their turn-based title Total Tank Generals will be launching on March 30. The highly detailed tactical turn-based combat will offer deep game mechanics where players will have to manage unit models, troop promotions, movement, combat, and terrain. They’ll learn these to their advantage while strategizing through historic battles by planning attacks and deploying troops.

The official synopsis on the Steam page reads, “Total Tank Generals needs you! Take command of an army during World War II and lead them to victory. Strategize your way through many scenarios and real historical military campaigns of past generals – such as Patton, Zhukov, and Rommel. The game welcomes novice strategy players with its user-friendly mechanics, but also offers deep, strategic turn-based gameplay for seasoned veterans or those looking for a challenge!”

Total Tank Generals will offer newcomers an in-game guide to help familiarise the mechanics via the strategy centre, and can offer a great challenge for those looking for one. Fans of tactical miniature and board games should also get a kick out of Total Tank Generals, especially because it’ll have a familiar mindset required to win each battle. It’ll feature vast historical content for the history experts, with plenty of accuracy paid to the details on context, units, and key commanders.

Total Tank Generals can be wish-listed on Steam right now.

Video games are cool. Don't let anybody tell you any different.
MORE LIKE THIS
505 gamesNoobz From Poland