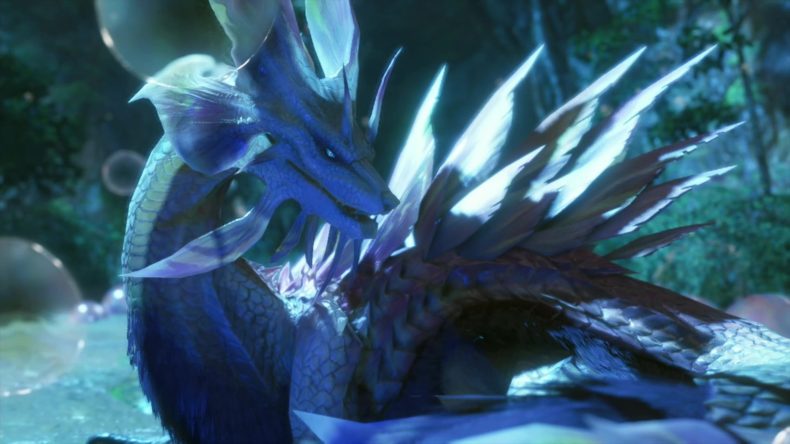 First introduced in Monster Hunter Generations, Mizutsune was a fan-favourite monster was one that many people hoped to see in Monster Hunter Rise given the Japan-inspired aesthetic of the locales in the world. Chances are, too, that this particularly beautiful beastie will an early wall for new solo players. It’s a tough fight, but positioning is everything.

Mizutsune has three main methods of attack: its huge, elongated body does massive physical damage if it connects; disgorged bubbles can knock you back and deal damage (while also providing buffs if you’re lucky); and a laser-like jet of water does serious damage and inflicts negative status effects. 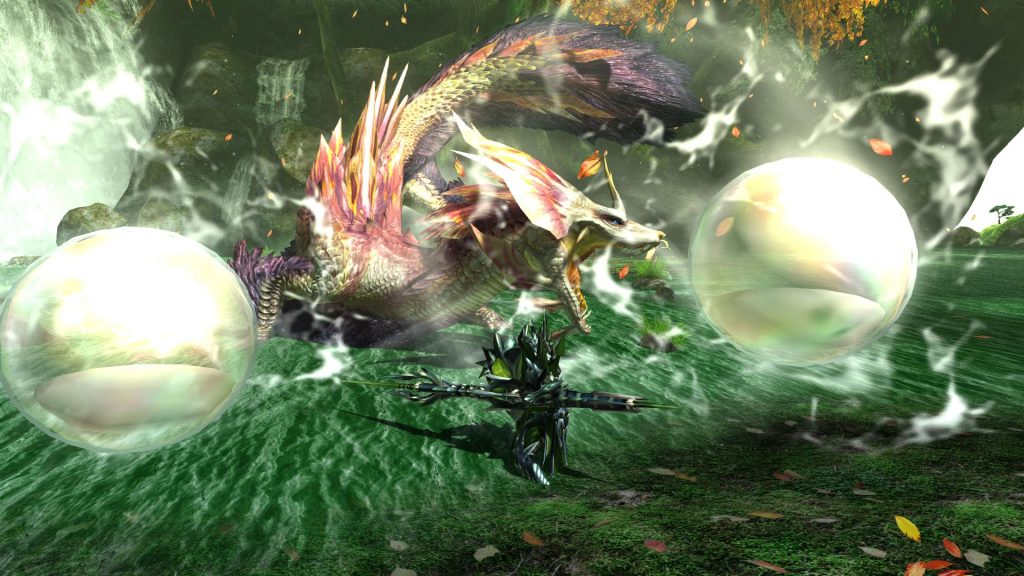 First off, that water jet… When Mizu starts to wind up this attack, your hunter will yell some variation of “Here it comes!”, at which point Mizu will unleash the spray and cut along a horizontal line for roughly 180 degrees. Taking this in the face with less than 75% health will often result in an instant cart. Either move to the side when you get the warning or elevate yourself (it stays on a strict plain and the environment will block it). Alternatively, you can block or roll through it if you time it right.

At certain points, Mizutsune will also fire the water-jet in the air and then down, or straight along the ground towards you which will hit you with “Bubble” that’ll have you slipping and sliding around the place, and will need a Cleanser to get rid of (remember to stock up on these at the base camp). Finally, Mizu will occasionally spit a glob of water at you that will also inflict waterblight, making you heavy and draining your stamina faster. All of these moves have heavy tells – but those tells won’t leave you much time to move. Heavier weapons such as the Greatsword, Switch Axe, Hammer and Heavy Bow Gun will leave you susceptible to being hit if you can’t cancel out of an attack, but lighter hunters should have less trouble moving quickly. 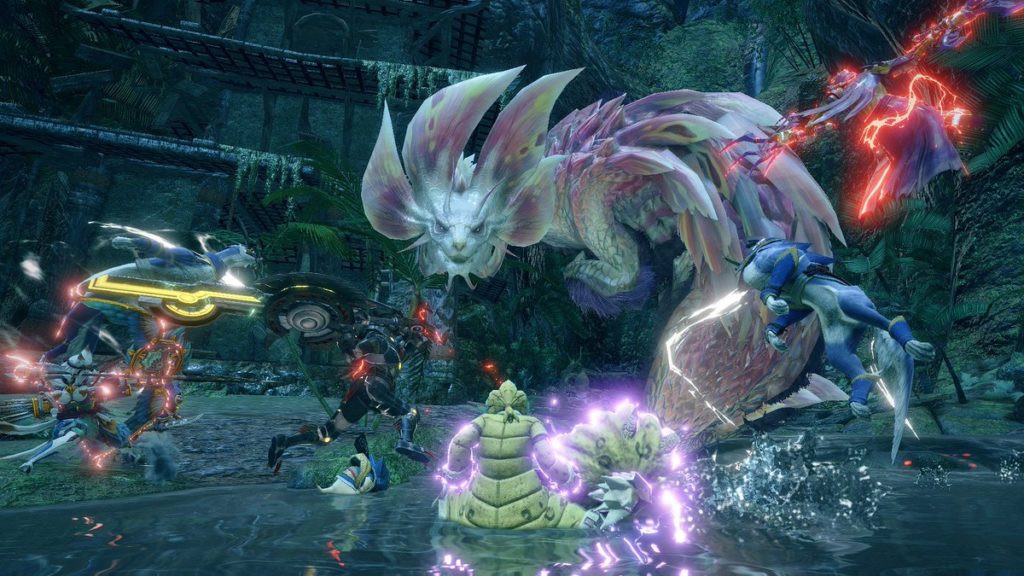 Physically, Mizutsune is fast and powerful and will coil up then spring forward, sliding on its belly and dealing water and physical damage. Sometimes it will leap into the air to reposition, or barrel towards you to slam its tail down hard on the ground. If this one catches you, it does massive damage. These attacks also have tells, and when it becomes enraged Mizu will repeatedly perform the tail slam and belly slide in its pissed-off state. Also, when angry, some of its bubbles will stick in place for a moment like mines.

And through it all, Mizu will constantly disgorge bubbles that will float around it or away from it. Most will do damage, dependant on their size, but red and green ones will actually benefit you. The green ones will heal, while the red will give you a brief Attack Up buff. All the others, you’ll want to avoid, which isn’t easy when there are so many of them and the monster itself is constantly hurling itself at you.

The best strategy for Mizutsune is to keep moving and try not to get bodied against the walls, avoiding the bubbles and watching for its many tells. Attacking at the wrong moment will knock you down, and often lead to a cart when it follows a physical attack with a water-jet. Stick to trying to damage the head, which will break off its wavy crest, and pelt it with Thunder attacks if possible until it’s finally down.