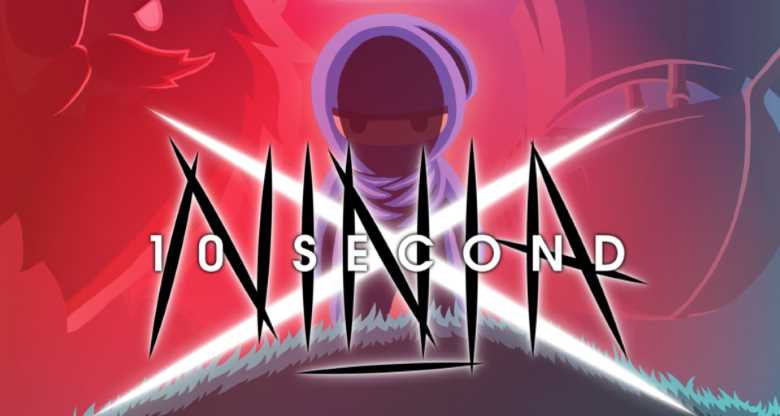 The original PC release of Four Circle Interactive’s 10 Second Ninja was tough enough, chucking your cute little shinobi into the deep end with plenty of levels to blast through in ten seconds or less.

This sequel-slash-reboot, denoted with a funky X on the end of the title, gives you 100 levels to have fun within, giving you thousands of seconds of gameplay to flip, slash, and shuriken your way through. Of course, it’ll take you much, much longer than that, as it’s an absolute beast cunningly disguised by cutesy colours and simplistic design.

Each level gives you just 10 seconds to kill everything and reach the exit, so practice and precision are paramount. A mobile-style three star system keeps later levels locked behind a skill wall that becomes harder and harder to surmount. Finishing levels isn’t enough; you’ll often need to go back and better your initial time to push on.

A simple control scheme makes 10 Second Ninja X feel deceptively easy. Jump, slash, and throw (the shuriken) are all you need to navigate increasingly deadly groups of enemies to take down the evil Nazi pirate who has pulled a Dr. Robotnik and turned a bunch of sweet little animals into mechanized killing machines (again).

The enemies and levels are bright and colourful, and even when you’re up against steep odds and cursing the Four Circle Interactive for ever existing, there’s something endearing and cheery about the whole affair. It makes it hard to get mad with 10 Second Ninja X, and you’ll find yourself pulled in again and again despite the thumb-blistering difficulty of latter stages.

Sprinkled with humour, colour, and secrets to uncover, this action platformer is an addictive little time-waster that feels more suited to mobiles like the Vita than home consoles – although it’s a blast on any system. The difficulty might be too tough for some, but don’t let that put you off; 10 Second Ninja X is a masterclass in simple design over showboating.

10 Second Ninja X is a masterclass in simple design over showboating.