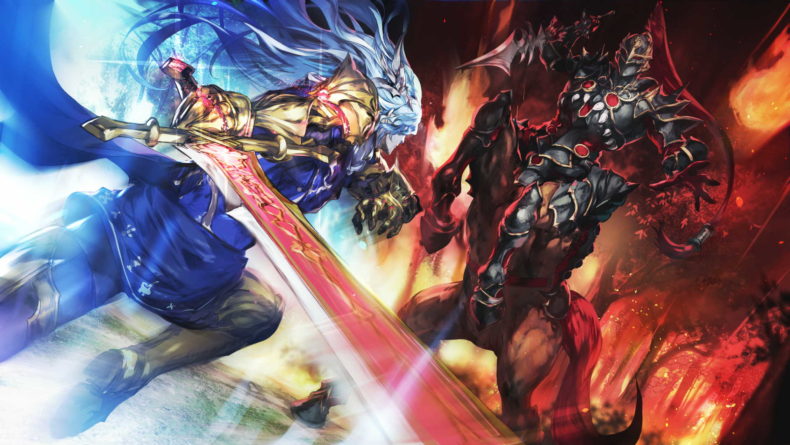 Nobody was more surprised – and delighted – than me when Square Enix announced and then subsequently dropped Actraiser Renaissance straight out of the sky, like a descending God plummeting toward Filmore, and into my trusty Switch. Actraiser is hands down one of my favourite games on the Super Nintendo. It offered players a supreme combination of action platforming with a Sim City-esque strategy element, coming off like a hybrid of Legendary Axe and Populous, whilst retaining its own sense of identity thanks to its stunning design, haunting music, and banging good vs evil plot.

It makes me feel extremely old to think that I was only ten years old when it was released back in 1990. It did receive a sequel back in the day, and whilst the sophomore Actraiser ranks as one of the prettiest visual achievements on the 16 bit Nintendo, it dispensed with the God-mode aspect of its forebear, and just over complicated the platforming, making it brutally hard and unforgiving. It was a crushing disappointment.

Actraiser Renaissance is not a remaster, or even a remake. It feels like a brand-new reboot for Quintet’s IP. AT the helm are Sonic Powered, who are probably best known for their slept-on plate-spinningly bonkers Air Traffic Chaos on the DS. I can see quite clearly where their influence has seeped into the Actraiser universe. Fundamentally the essence and structure of the original game is retained, right down to the astonishing Yuzo Koshiro soundtrack. Goosebumps were raised upon hearing the opening titles, and the music is extra-special throughout and an undoubted highlight. 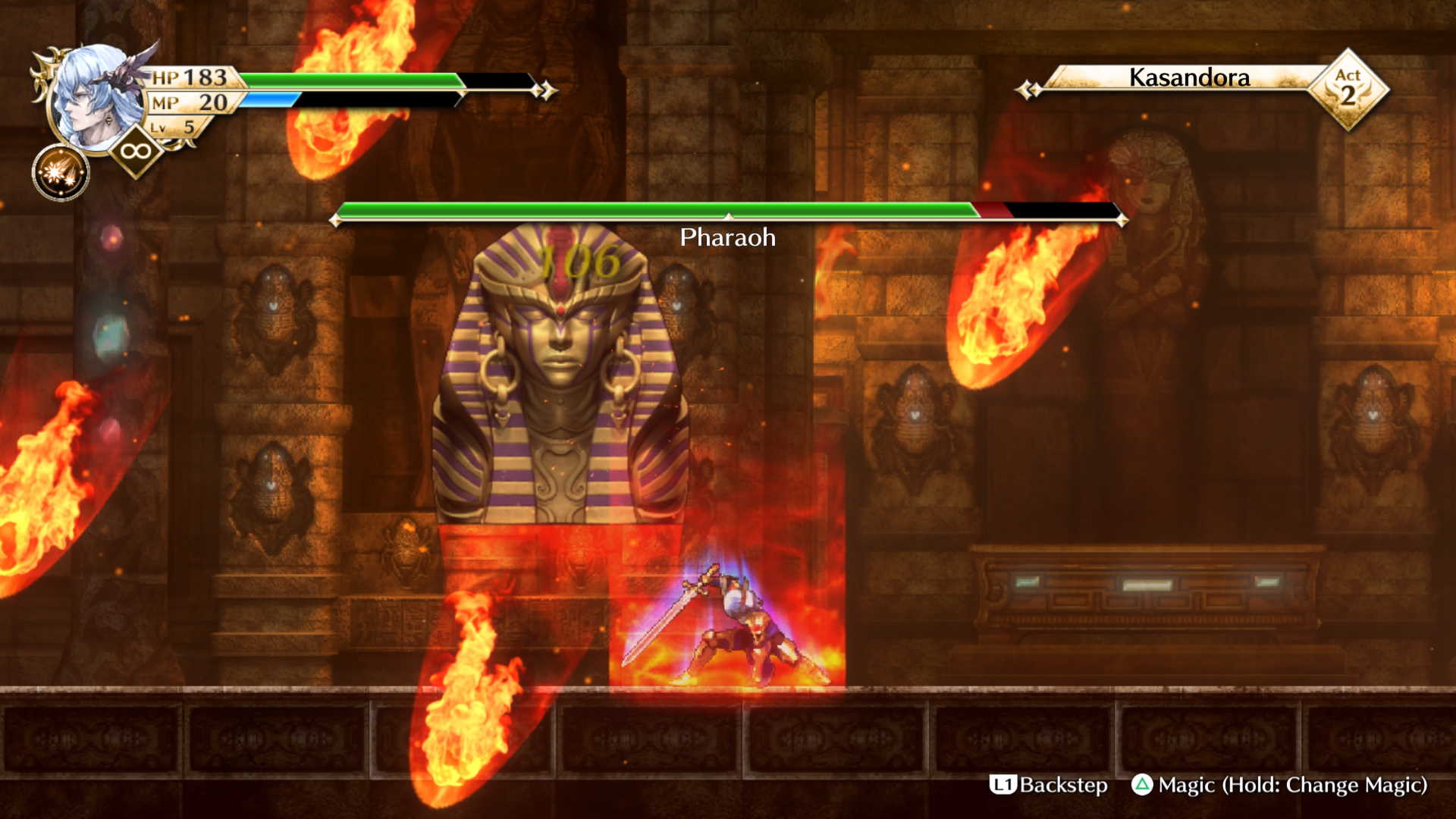 You play the role of the Master, The Lord of Light – who descends from the heavens to prevent a demonic overlord from spreading his evil throughout the world. There is no hiding the quasi-religious themes present in the original game, and things are no different here. Essentially you are a God, performing miracles, hanging around with angels, getting mad love from your followers, looking to iron-out Satan, and battling other religious deities from a variety of popular religions. This is achieved in a combination of 2D platforming and the aforementioned God sim stuff, but thrown into the mix here are a number of chaotic RTS tower defence segments known as Settlement Sieges.

More stages, more to do

This is a much bigger and more in-depth game in Actraiser Renaissance than its source material. There are more stages, and much more to do in the world-building segments. Where Actraiser balanced tricky platforming with the relative calm after the storm that was the simulation gubbins, Renaissance has no chill, as the kids might say. There always seems to be a mission to complete, a monster raid to deal with, or someone that is pestering you via lots of irritating talky segments. I like the idea of what could be quite an interesting story playing out and building on the lore of the Actraiser universe, but the cutscenes are just overdone to the point where they are intrusive. The tower defence situations are far too frequent, and lack the playability and compulsion that can make the genre such a bewitching minx. 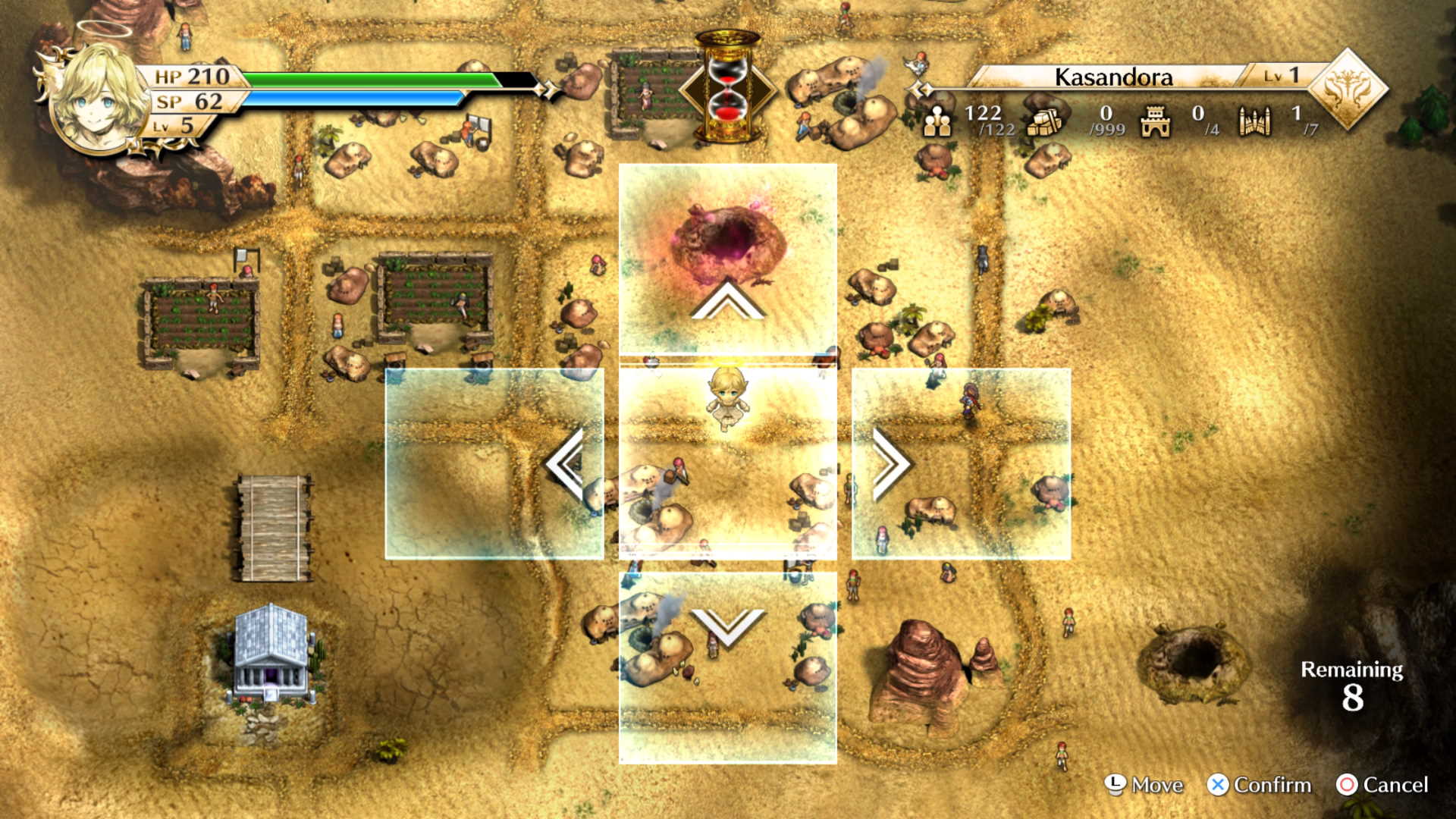 On the Switch, the core action gameplay is let down by blurry, jerky performance and it just doesn’t feel fun to play at all. The odd graphical style is a mixture of different textures and layers and, it seems, art styles and it can be confusing knowing what items you can destroy, or what you need to jump over. I didn’t like the visuals at all, though it looks marginally better on one of the more powerful consoles. These sections are the best part of what is not a very enjoyable game.

The combat is repetitive and lacks a meaty combo edge to it that a decent modern action slasher like this desperately needs. Some of the bosses are genuinely cool in the looks and attack pattern department but for the most part you will be underwhelmed by the poorly conceived enemy grunts. One of the first red troll creatures you encounter actually runs away from you as part of its AI pattern, and you guessed it – there are annoying flying bat and bird things, something that I also took umbrage with in the similarly poor Greak.

Despite all these flaws, I still ploughed through this, because, well, I love Actraiser. While it is debatable value in shelling out the dough just to hear it, Yuzo Koshiro is on fire in the sonic stakes and this has one of the best soundtracks I have had the pleasure of listening for some time. I still bloody-mindedly enjoyed Actraiser Renaissance in my own little way, the same way as an Indy nut I force-enjoyed Indiana Jones & The Kingdom of the Crystal Skull. Ironically, Koshiro also had a hand in what I feel is a superior tribute to the 1990 classic, SolSeraph. I think that perhaps I would recommend that over this sub-par bolt from heaven.

Soundtrack is incredible
It's Actraiser!

Despite all the flaws, I still ploughed through Actraiser Renaissance, because, well, I love Actraiser, which is about the best that can be said for it.