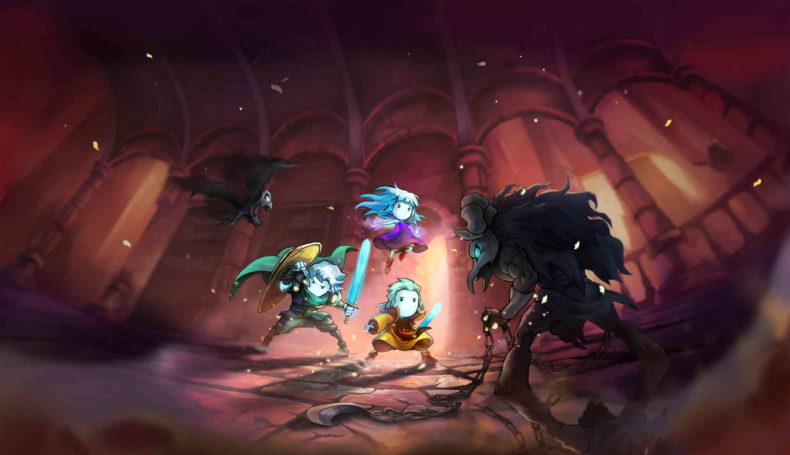 It is bonkers to think that firing up Greak: Memories of Azur makes it a cool thirty years of my gaming relationship with Team 17. Once the purveyors of a succession of wonderful titles for my beloved Amiga (unless you worked for Amiga Power), they now have several successful modern franchises. This beautiful looking action platformer, published by the Wakefield legends, is the work of Mexican developers Navegante. It has been generating plenty of indie buzz since its announcement, too. Can its fantasy whimsy and multi-character action hang with some of the Metroidvania-y heavy hitters available in 2021?

Oh, Greak: Memories of Azur. I so wanted to fall in love with you. From the moment of booting this one up, I was bristling with excitement. Ticking plenty of boxes in what I look for in a title of this ilk, this is a striking and beautiful game. Bellolandia Studio have been tasked with animating some stunning sequences that are used to bookend the action and progress the story. The hand drawn style is pretty as a picture, creating a sense of cartoonish wonderment but with an underlying, foreboding dread. All as your tiny, gorgeously animated avatars attempt to survive in a hostile world overtaken by evil. Did I mention the sweeping, lush soundtrack? It was put together with a live philharmonic orchestra.

It looks good, but how does it play?

So far, so good. And to begin with, the gameplay is fun. You are drip fed the mechanics and abilities as you eventually get to control, switching in real time, between three distinct siblings each with different skillsets. I love this kind of thing. Thinking on your feet to solve puzzles. Playing to the strengths of each of your party. Unlocking more and more of the world map as you employ this three-way tag team of talent. Think The Lost Vikings, but with more of a focus on combat and action. 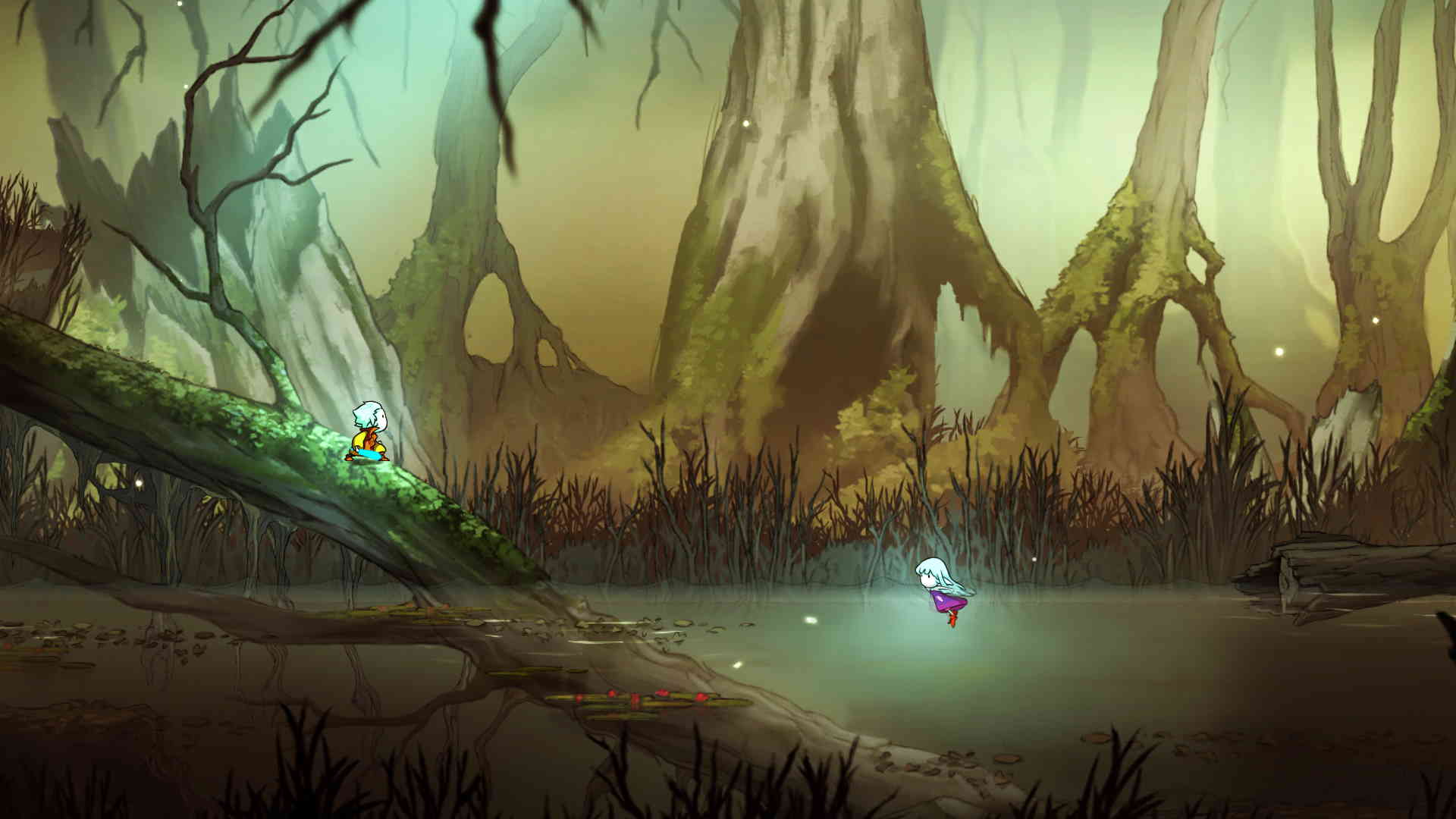 Initial feelings are good, too. The sense of isolation and dread recalls a bit of Limbo. The puzzly combat is very Hollow Knight. It even has the structure and exploration of Cave Story. The problem is, as astonishing as it looks and feels from the get go, it is inferior to those aforementioned classics as it becomes frustrating and rather dull, very quickly.

There are a lot of generic fetch quests, such as the time-honoured gathering of ingredients to make recipes. We have seen this so many times before. There is a ton of backtracking, which you expect from a ‘Vania. But is made annoying thanks to the randomly spawning enemies. The enemies themselves are unimaginative and offer a mixed bag in terms of challenge. 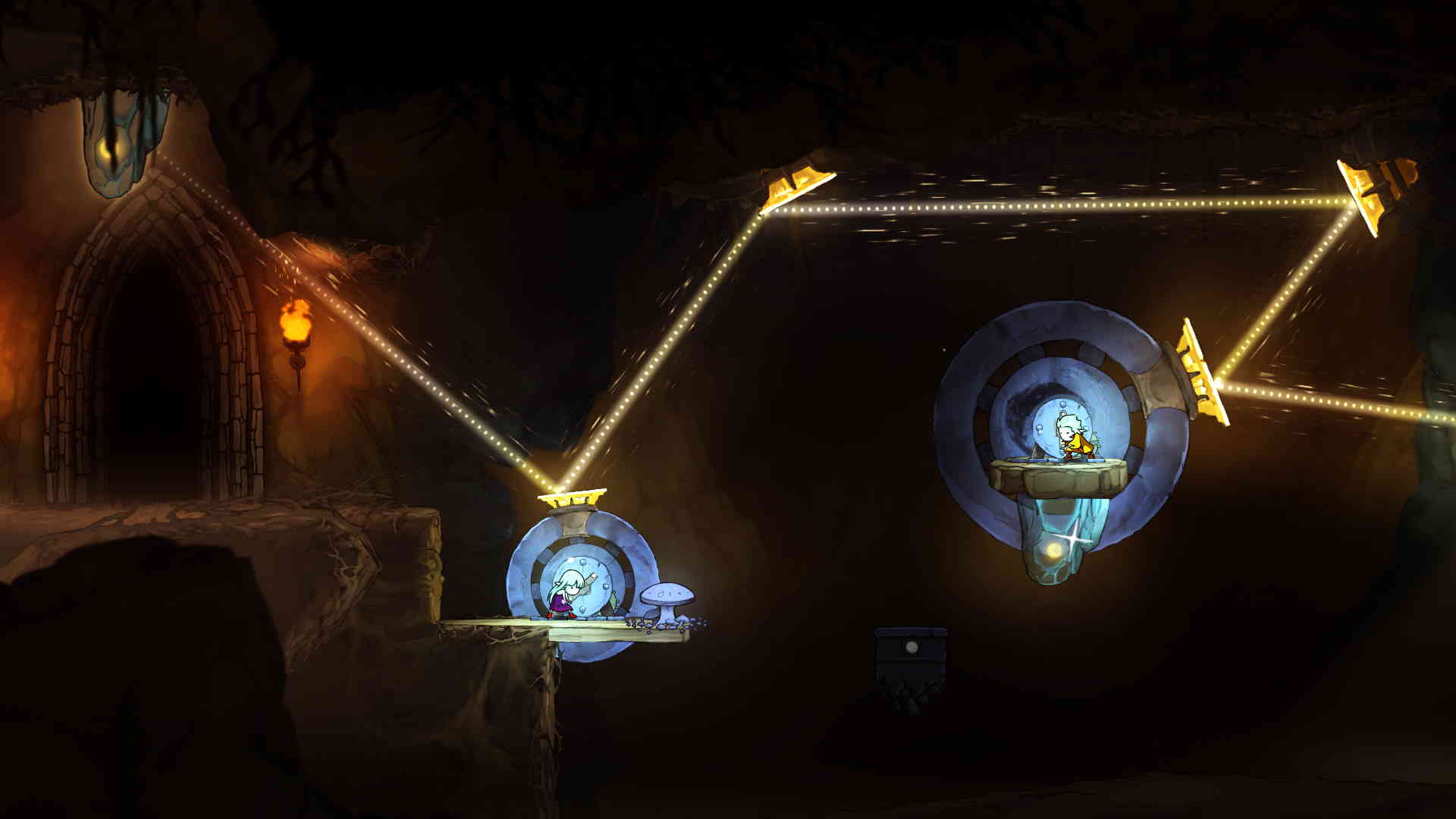 Early grunts give way to more powerful foes. But sometimes beating them is as easy as standing on top of them, outside of their attack hitboxes, and pummeling a melee attack. You want enemies that teleport on and off screen? You got ‘em. The bosses are tough yet not executed with any thought about structure or panache. In fact, the second one you face is so frustratingly difficult it made me want to jack the whole thing in.

You will get attacked and hit, and die a lot. Mostly thanks to the rather haphazard and imprecise combat and defence system. Then there’s the irritating inventory system which quickly fills with items. This means you have to constantly use stuff in order to pick new things up. You can expand your number of slots, but this is a long-winded process of in-game grinding, and you will spend an inordinate amount of time with the paltry bog standard four slots. Incredibly, a slot is even taken up when you receive a crucial story item. For example, at one stage, you are handed a key, and another important item, so that is two inventory slots gone. It is easy to accidentally pick up items you don’t need. There is nothing going on that makes you want to push on and explore, and everything becomes a bit of a chore.

Greak: Memories of Azur is not a terrible game at all. It is hands down one of the best looking slices of gaming I have sat through so far this year. Navegante are clearly a really talented studio, and have it in them to come up with something really special, but they need to realise that with a game structured with this much back tracking and exploration, there needs to be that magical x factor, and a more robust combat system to hold onto our hearts and minds.

Navegante is clearly a talented studio, and have it in them to come up with something really special, but Greak Memories of Azur sadly falls short.