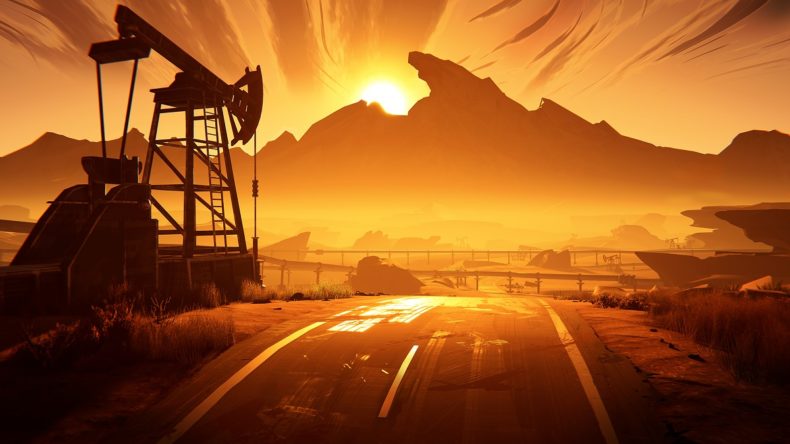 There are few games as unique as Road 96. One minute you’re playing connect four in the back of a car with another drifter, the next you’re getting drunk with a corrupted news anchor at an outdoor party. The routes across Petria are vast. The people you meet are colourful and calculated. With every new trip I made, I discovered a mosaic of personal stories all intertwining to tell one bigger narrative about a totalitarian regime tearing a country apart. Often funny, hard-hitting, and tense, Road 96 is a wonderful game. 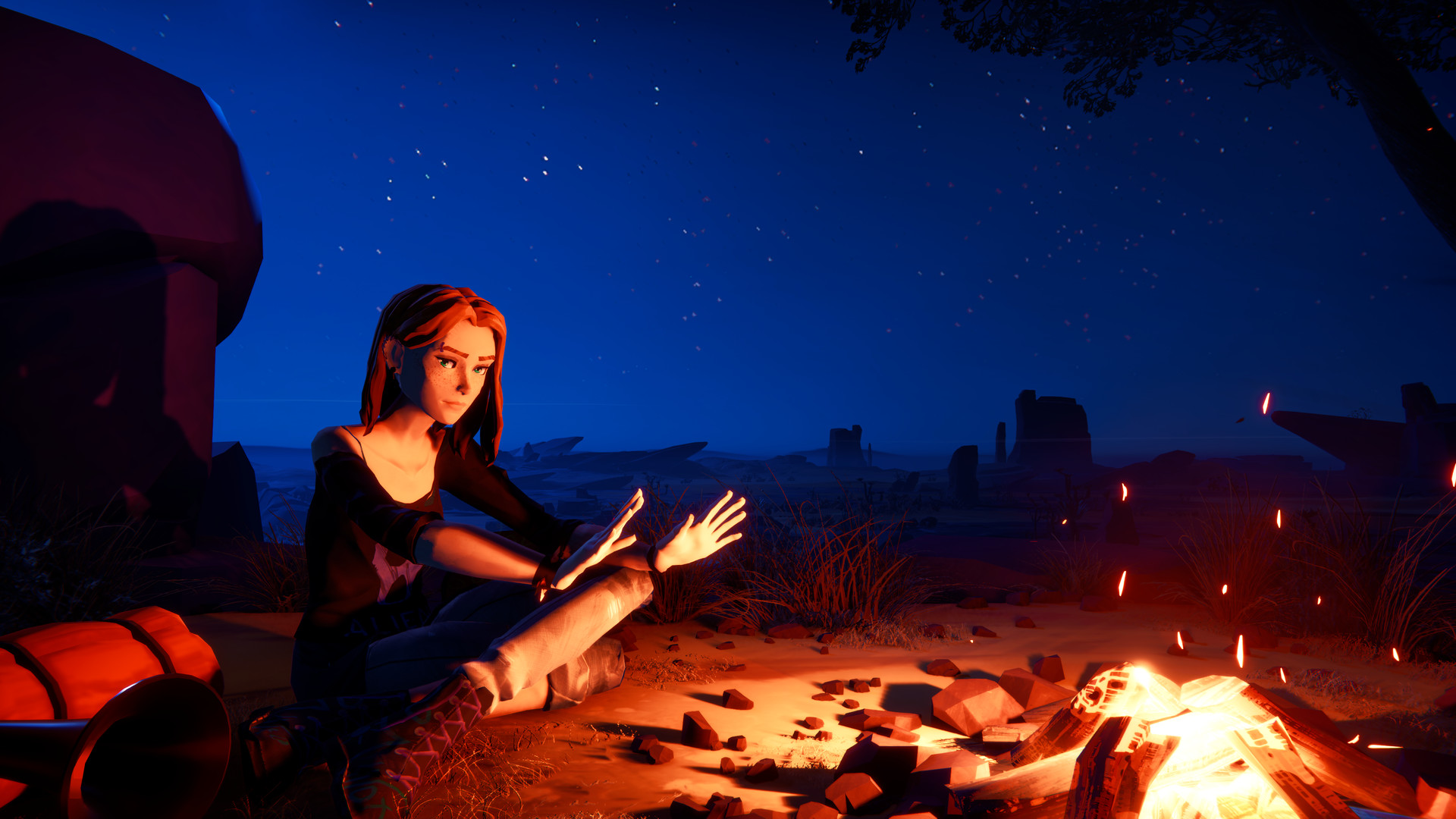 Set in a fictional country of Petria, you play as multiple missing teenagers as they head across Road 96 to reach the border and hopefully make their escape. Each journey is different, featuring procedurally generated road trips. Sometimes you might meet a range of characters and get to know them, other times you might fail and end up in prison. No two journeys are the same, and each one is filled with dialogue choices and mini-games to flesh out the gameplay.

CHECK THIS OUT: War for Wakanda brings the best Avenger into the fray

After the first playthrough, Sonya, the propaganda pawn of news channel GNN announces some of the missing teenagers in Petria. You choose one and begin their adventure based on how you wish to proceed. One may have a wad of cash, but little health. Another may be well-rested, but hasen’t a penny to their name. These two resources make up Road 96. To travel thousands of miles, you need to preserve your energy and rest when you can. If you don’t, you could face the cops as you collapse at the side of the road. Having money is important to buy snacks for energy, or even bribe someone on the border. 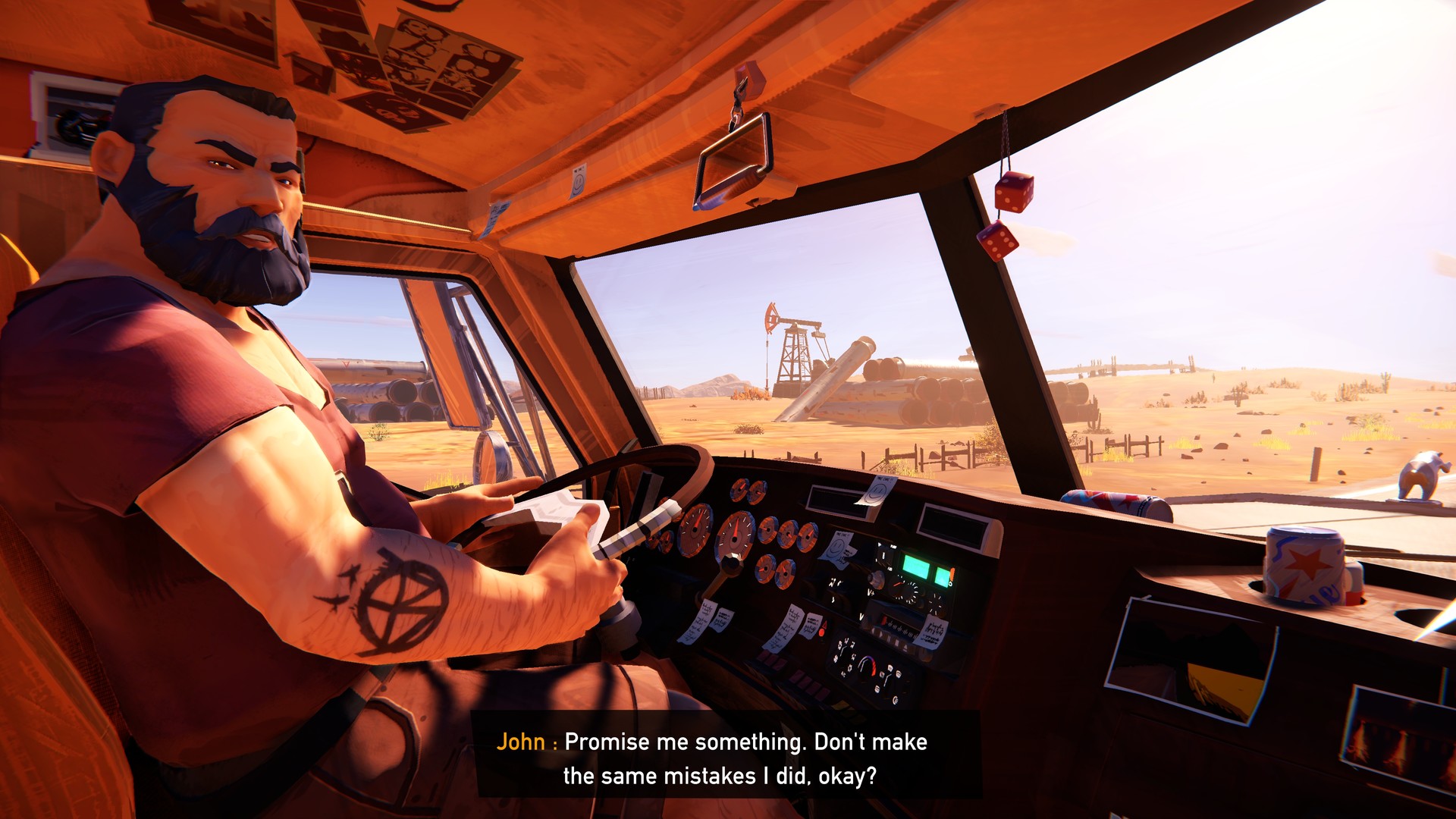 These elements are always important to each journey. Other opportunities may present themselves where you need cash. For example, staying at a trailer park requires $25, but by resting there you’ll regain some of your energy. Each playthrough can last anywhere between 30 minutes and an hour, depending on what you do. The more you play through different teenager’s stories, the more the overarching story is fleshed out, as well as those you meet along the road.

A journey of a lifetime

Road 96 has eight characters you’ll become acquainted with over time. You’ll also meet them at different locations and in different situations. Zoe is a teen on a road trip who’s father is the Minister of Oil; John is a burly truck driver; Alex is a tech genius; Stan & Mitch are petty thieves; Fanny is a cop with a missing son; Sonya is the news anchor; and Jarod is a mysterious stranger with a grudge. I met Fanny at the side of a road after her car had broken down. Later on, I met her on a bus as she was taking a missing teenager to border control. In both instances, I got to talk to her and learn more about her. 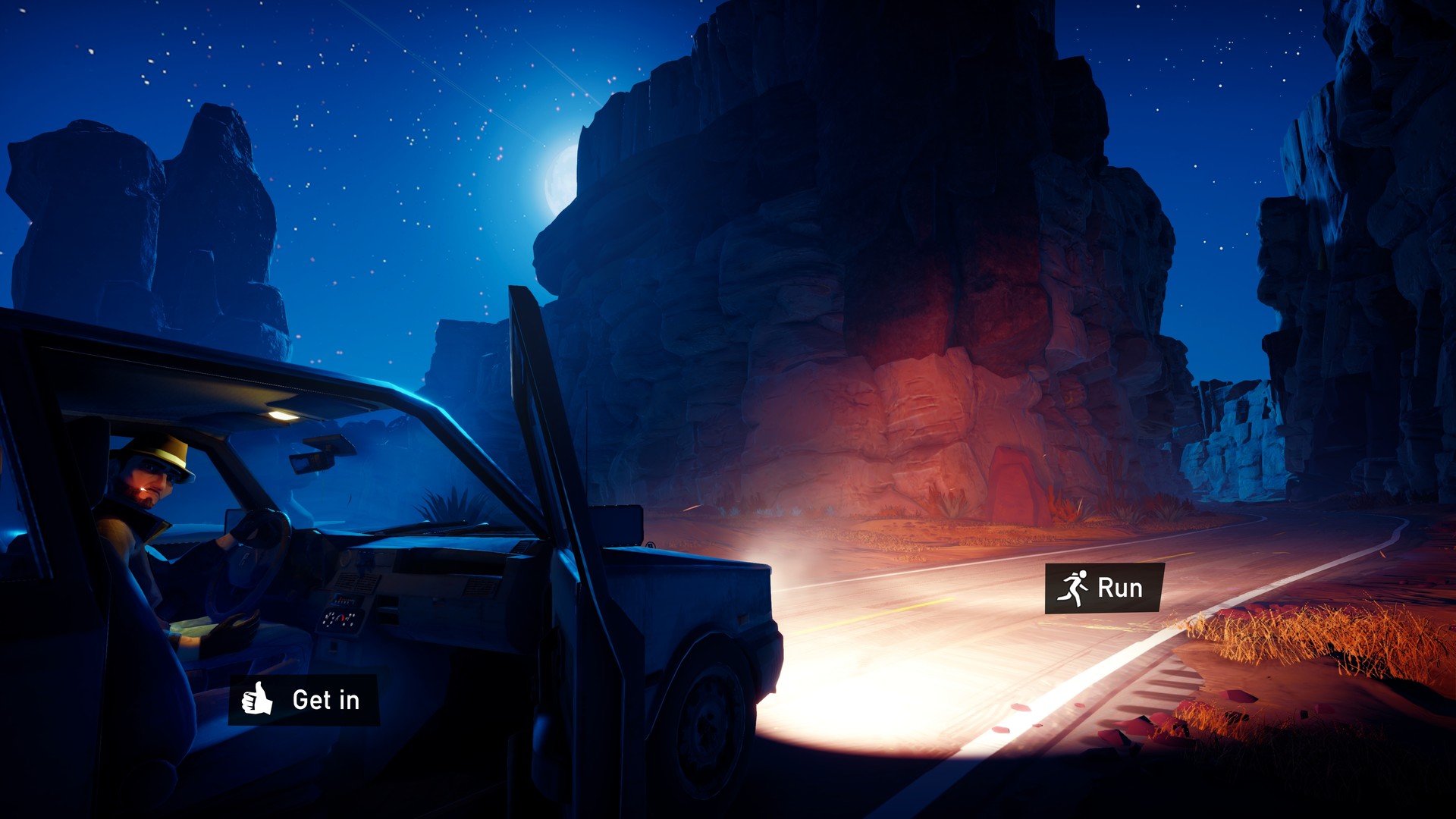 Jarod was another. He pulled a gun on me in my car, then at another point in a later journey, he was seen meandering a campsite looking to kill one of the other characters. Regardless of who you meet, you begin to ‘complete’ their story. Certain characters mention previous teenagers you played as, bringing every journey together, even if it’s only a brief mention. Throughout every playthrough, politics plays a big role in Road 96. Depending on your stance, you have plenty of opportunities to make your voice heard. In a weird way, it almost feels like a primer for real life. It highlights how just one voice can make a difference, and I am all for that.

Tyrak is the despot of Petria. Florres is the opposition who is trying to change the county. From different viewpoints, you’ll hear various opinions on each one. It is up to you where your allegiance lies in the upcoming election. Some strangers might ask for your opinion. Other situations arise where you can sway an entire crowd to cheer and boo for one or the other at a rally. It’s a smart inclusion to the main narrative, which is about escaping oppression in the search for freedom. Once at the border, there are multiple ways to cross, but it doesn’t necessarily mean you’ll be successful. 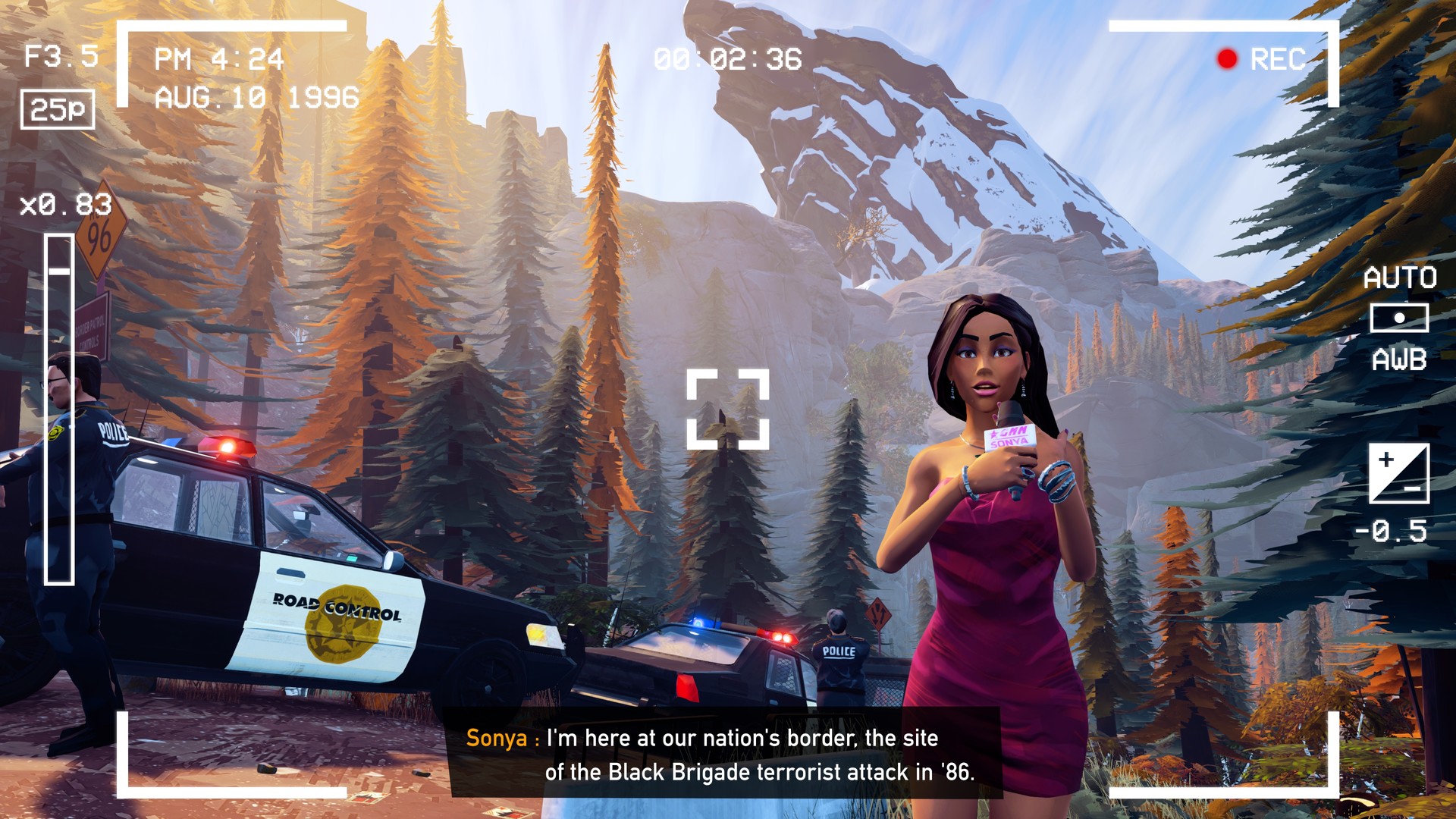 I escaped in the back of a truck, tried to climb a mountain around it, and got shot trying to run away. Other outcomes happened, and it highlighted how serious real-life situations similar can be. Countries on the brink of war. Innocent people being treated awfully for no reason who want to escape. Road 96 is just a game, however, it is important. It highlights the struggles many face and draws awareness to the plight of many refugees across the world.

CHECK THIS OUT: Maneater: Truth Quest dials up the crazy to 11

The music of Road 96 is great. Featuring artists touching on different genres, you can find collectable tapes in lots of different places. Once found, they can be played across different playthroughs. There’re also perks that can be unlocked by talking to certain characters. These also remain from one journey to the next. One improves your luck when making a ‘dice roll’ in a conversation. Another allows you to use a lock pick. Each one can come in handy across a variety of situations. It feels like a massive game when I remember all the things I’ve done. 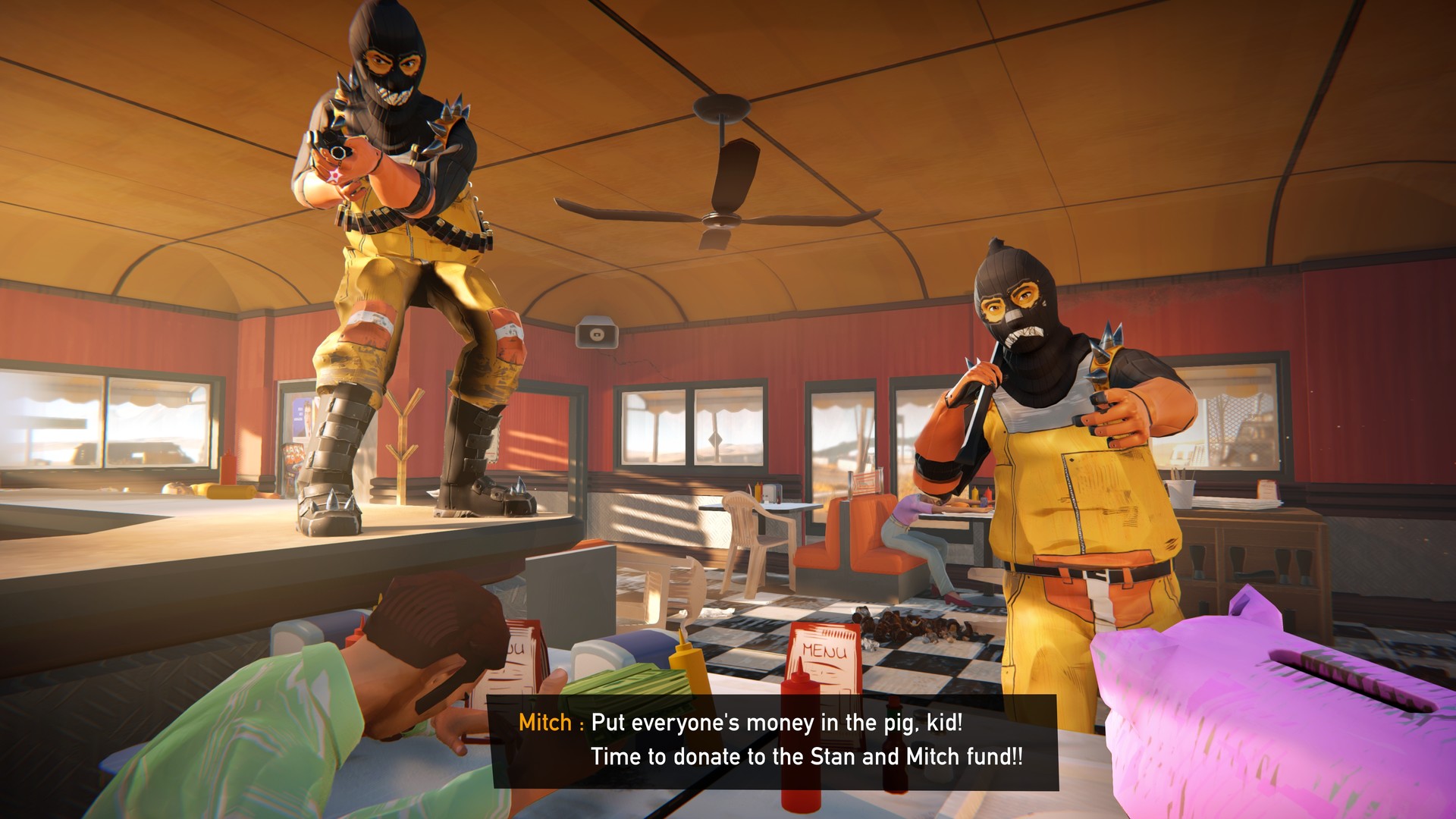 I’ve played a trumpet at 2am on the top of a trailer; helped criminals break into a gas station; shot a nail gun out the back of a truck at a car; fixed a broken down cop car; and mixed an energy drink together by finding various ingredients. On top of all that, I’ve done so much more, but each task works with the moment in the journey I was a part of. I thoroughly enjoyed Road 96. Knowing that it comes from Digixart, the makers of Valiant Hearts, made it easier to understand the talent behind it. It’s smart, funny, crazy, and poignant.

Road 96 tells an important story of struggles in teenagers in a country ran by criminals and dictators. It blends personal stories of those trying to survive and escape, whilst making it fun and accessible at the same time. Each playthrough is different, and the main eight characters you meet all have their own narrative that gets fleshed out the more you play. Apart form occasional screen tearing, the visuals are fantastic. If you’re after something a little different, Road 96 is a fantastic choice.

Road 96 tells a poignant story of those trying to escape a corrupt and dangerous country through great gameplay and multiple playthroughs.