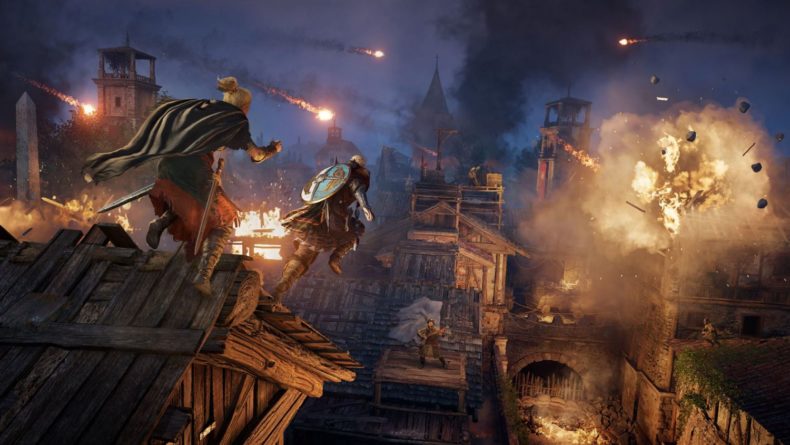 Eivor and her journey in Assassin’s Creed Valhalla has been nothing short of epic. An Icelandic Saga in its own right, Wolf-Kissed has been around the world, forging a path for Raven Clan. In The Siege of Paris, she travels to France, or Francia, in an effort to stop the mad king Charles from landing on England’s shores and threatening Ravensthorpe’s livelihood. Once again, Ubisoft Montreal has blended history with drama to tell a fascinating story. 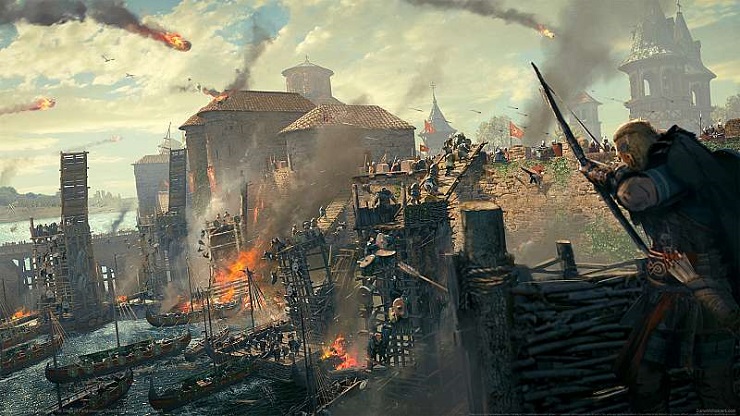 Perhaps the most famous attack on Paris came in 845, when Ragnar led his forces to the heart of Francia and took thousands in silver from Charles the Bald. However, in 885, Vikings attacked Paris again, with Sigfred leading the charge against Count Odo and Charles the Fat. It is the latter siege that this expansion focuses on, as Charles III, also known as Charles the Fat, acts as the main antagonist. He has gone mad with power, growing ever more dangerous and threatening the entire country with his iron fist. Much like The Wrath of the Druids, this is a hefty expansion, with a thrilling narrative and a fascinating cast of characters.

The Siege of Paris: Small yet appreciated additions

Assassin’s Creed Valhalla is by far the densest game in the series, but it is also the strongest in its gameplay. What The Siege of Paris has done is build on that, introducing some new mechanics while changing nothing. In the sewers of Paris, hordes of rats run about and often block the way for Eivor. If you walk into them, they will bite you to death unless you can escape. Alternatively, a swing of the axe or an arrow can make them run away. It’s a small addition, but one that works with the filthy slums of ninth century Paris. 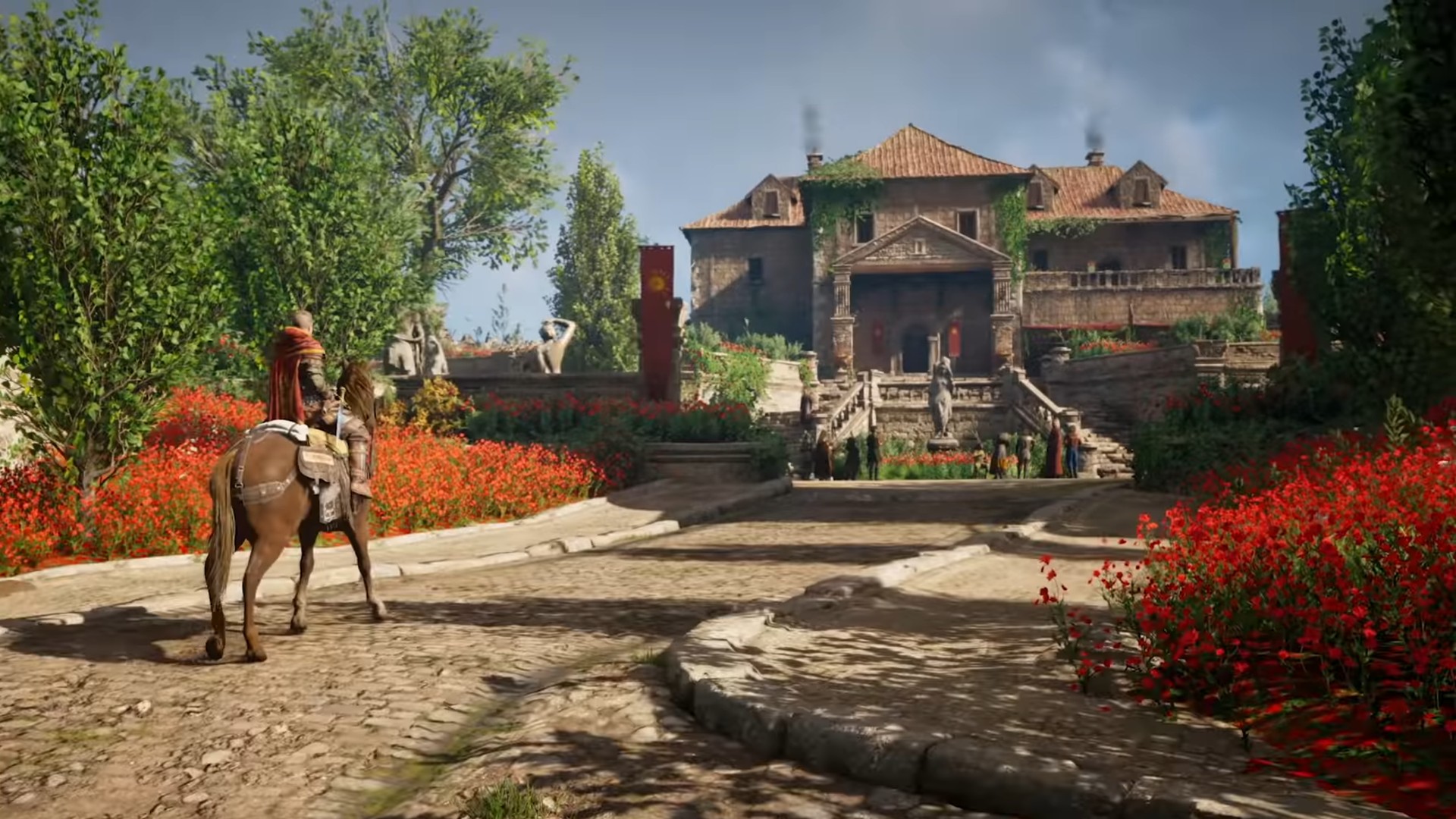 The nation of Francia is filled with grubby towns and settlements, but it is also beautiful in parts. Fields of poppies and nights illuminated with fireflies offer another side to the grim times back then. Like Ireland, France is a huge area with plenty to see and do. New armour and weapons can be found, as well as artefacts and mysteries. There’re also new abilities to find. Perhaps my favourite is the one where you can stick an explosive to a soldier, then watch it explode and do some serious damage.

When the siege of Paris actually happens, it’s one hell of a spectacle. In all my hours playing Valhalla, every big battle is structured differently. This time, you have two boss fights with a couple of brothers. Once defeated, you have to find a way inside the palace to confront Odo. What’s even better, is there’s at least another two or three hours after it. Other than Shadow of War, no other game has encapsulated the frantic nature of war. Catapults launching flamed boulders around you; the sound of metal clinking as soldiers battle everywhere; buildings burning to the ground; and smoke filling the air. 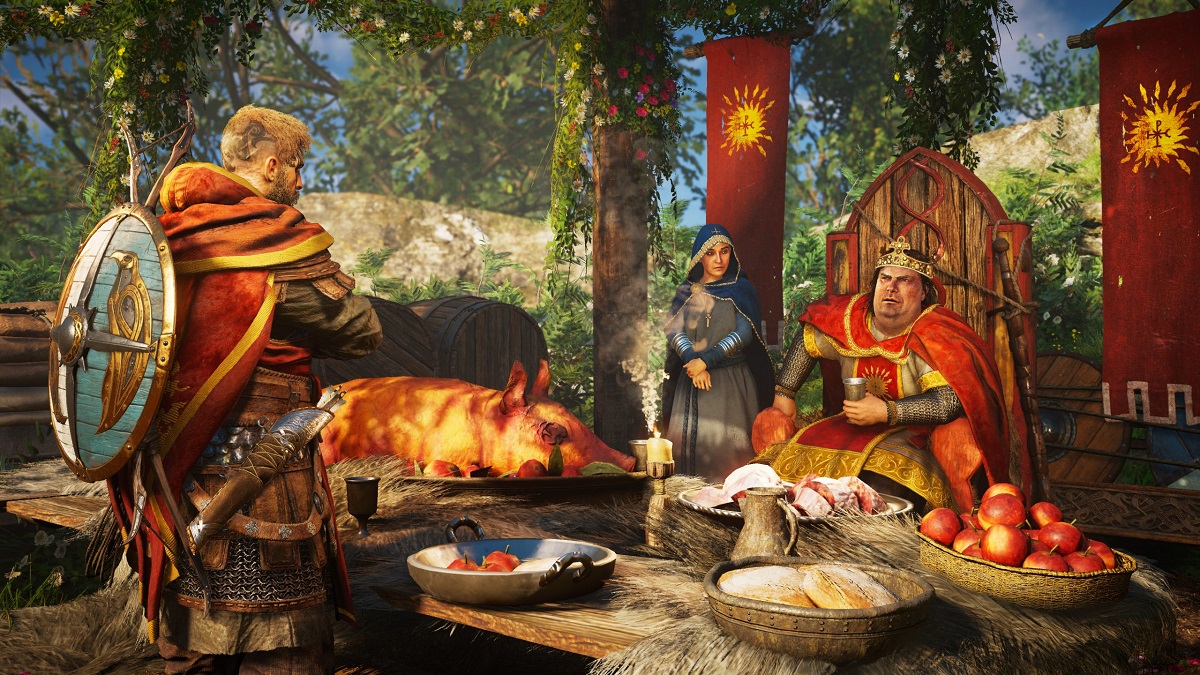 It’s an ambitious expansion that feels well worth the purchase. There are plenty of missions in the main story, but there’re also side missions to complete. Like the Trading missions in The Wrath of the Druids, The Siege of Paris offers Rebel Missions. By completing these, your Infamy grows. By building it, you can purchase exclusive items. The higher the infamy, the better the products. To accompany you on Rebel Missions, you get either melee or long-range support from allies. These can be upgraded, meaning they can become more useful the better they are.

The Siege of Paris: A couple of issues

I preferred how the trading system worked in the last expansion. These missions are fun to complete, but it felt more thought out back in Ireland. Regardless, I loved playing The Siege of Paris. The locations look authentic and on a PS5, the level of detail is astounding. A lot of the missions take place at night, so some of the locations are let down by the darkness. One of the final fights was incredibly tough, so to have a chance in succeeding, that 200 recommended power level ideally needs to be matched. These are only small issues. The overall experience was great.

Assassin’s Creed Valhalla: The Siege of Paris is filled with some of the best battles I’ve seen in the game to date. The new weapons, armour, and abilities are superb, and the country of Francia is beautifully designed. Eivor is pushed to her limits, and the story surrounding Charles the Fat is perhaps the greatest one so far. If you’re after more Valhalla, you won’t be disappointed. While I enjoyed The Wrath of the Druids more, I still loved what I played.

Assassin's Creed Valhalla: The Siege of Paris is an excellent expansion, offering some new mechanics and a magnificent story.

You may also like
Assassins creed valhallaThe Siege of ParisPC