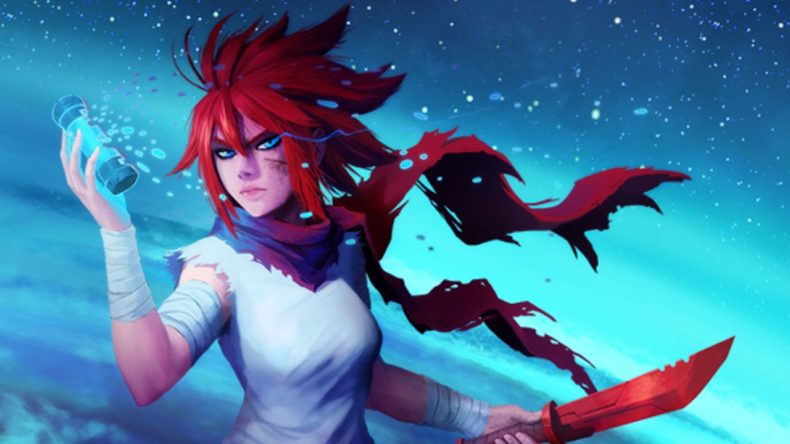 Daring space ranger Captain Jackelyne, or Jack, has crash-landed in the the cyberpunk megalopolis of New Barcelona. With her ship in disrepair, Jack must now gather up all the errant drive cores scattered about the place before they explode and destroy half the planet. This is the context within which Aeon Drive justifies its speed-running shenanigans, and I’m 100% on board with it.

To be fair to developers 2Awesome Studios, Aeon Drive is the kind of game that doesn’t require any context whatsoever. It’s a lightning-fast platform game that demands sharp reflexes and heightened muscle-memory to overcome. Aided by her trusty AI sidekick, Jack has just 30 seconds to get through each area and reach the teleporter at the end. This time loop mechanic can only be manipulated by the cores she’s chasing down. 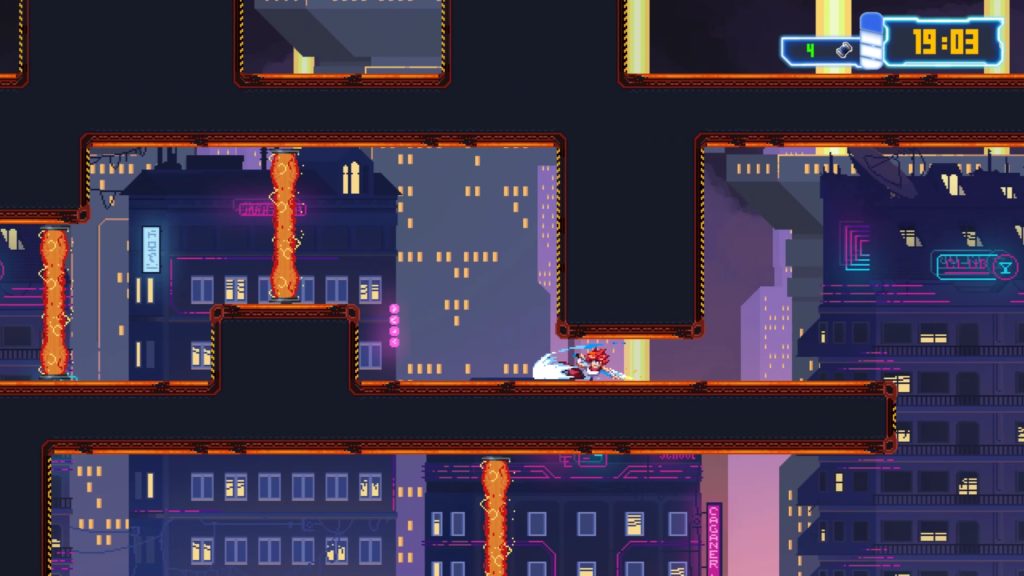 Using them will increase the remaining time by 5 seconds. This allows for a certain amount of dallying if you’re careful and precise enough, during which time you can dart around the rest of the level gathering up collectibles.

With enemies all around and deadly traps blocking your path, you’ll need to make use of Jack’s nimblenes and speed as well as her weaponry. She’s armed with a sword for despatching foes, and a supercool dagger that creates a rift in dimensions and allows Jack to teleport to wherever she throws it. This one tool is the prime mechanic by which you’ll navigate New Barcelona.

There’s wall-jumping and sliding, of course, but that won’t get you past laser barriers and through tiny cracks in the walls. The dagger can be thrown in all directions, but has a limited range. You’ll need to be close enough to your destination that the dagger can reach it, and precise enough that you won’t just teleport to your death. 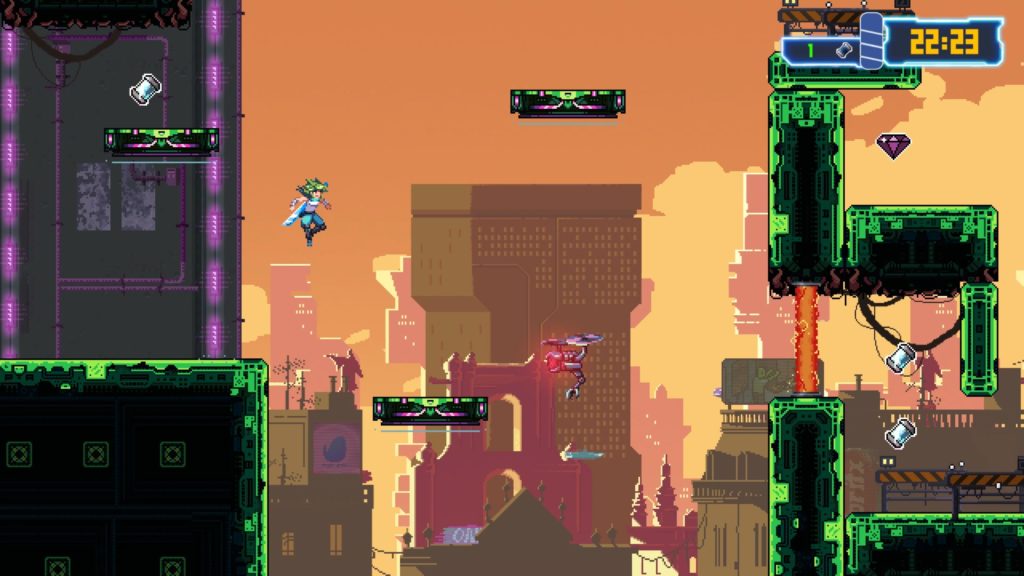 At first I struggled a little, and felt the dagger broke the flow of the levels. In some instances it does, as being a few finger-spans off can see you teleporting into walls, traps, laser grids or enemies. And it’s not just a case of having to climb a leader board, either; you must finish the level in 30 seconds or you’ll have to start it again.

After a while you get used to the dagger’s reach, and realise that you can also use it to teleport upwards, downwards or sideways to navigate the level faster. As with any speed-run game, nailing a perfect run and shaving time off your previous score is a massive rush. The top few spaces on the leaderboards are usually separated by milliseconds, but climbing them at all is a boost. 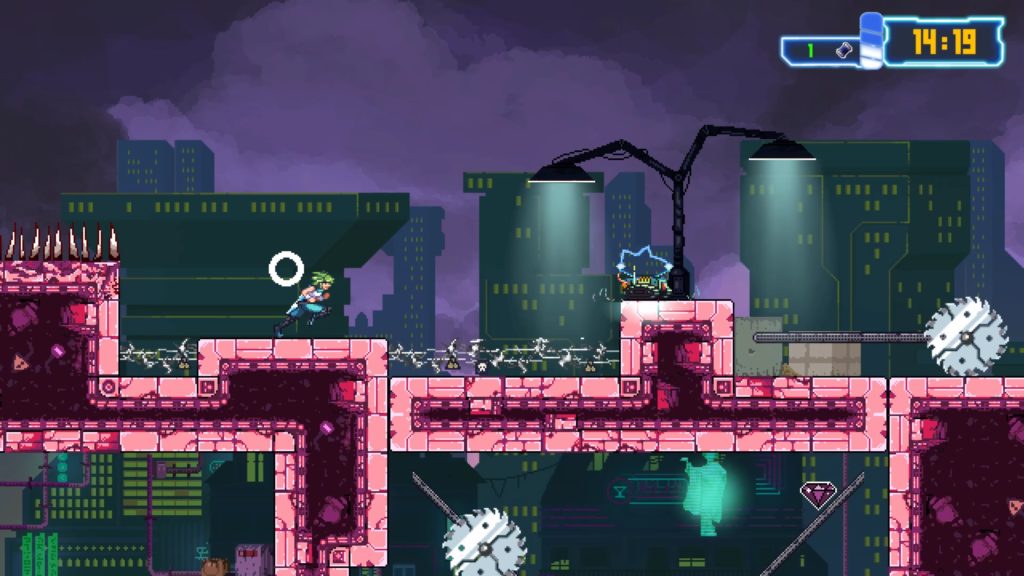 You can adjust Jack’s hair and outfit colour (although she’s always red-themed in cutscenes), but other than that the collectibles are just something to aim for in each level. Non-completionists probably won’t bother at all. But for those who feel the need to hoover up everything there’s enough of a reason to spend time exploring each stage.

Aeon Drive is a good-looking, highly-addictive adventure that sets its stall out early and rarely deviates. It’s a game about running very fast and nailing every jump, slide, landing and teleport without missing a beat or putting a step wrong. For casual players it will eventually become a steep challenge as the difficulty does begin to skyrocket during the back half. But for fans of (shudder) masocore experiences, nailing every run and aiming for the best times will become perilously addictive.

Teleport dagger can be fiddly
Difficulty can be frustrating

Aeon Drive is all about running very fast and nailing every jump, slide, and teleport without missing a beat or putting a step wrong.