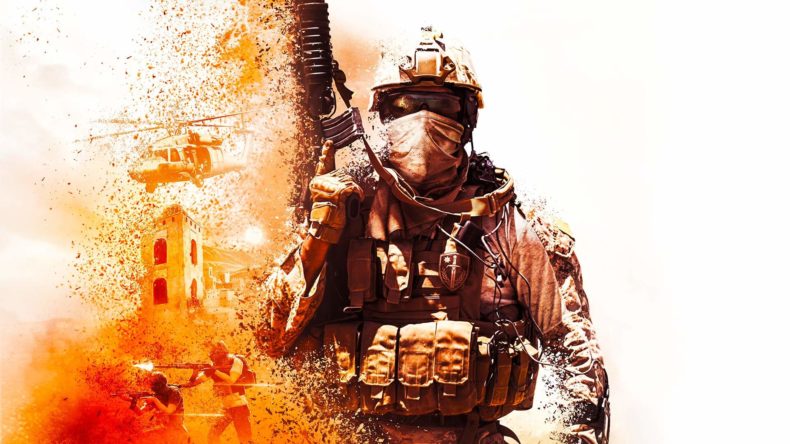 The first mistake new players are going to make with Insurgency: Sandstorm is treating like Call of Duty or Battlefield. Those arcade-style run and gun shooters are a different breed to Insurgency. This is a game built from the ground up to deliver a more realistic and hardcore experience.

At surface level, you’d be forgiven for drawing such similarities. However, dive a little deeper and you’ll see the glaring differences. For a start, Insurgency: Sandstorm is not a glitzy action shooter built on an insanely high budget. There are no Kevin Spaceys or Kit Harringtons in the cast. No over-the-top Hollywood set-pieces and dastardly villains threatening to launch nukes at the rest of the world. This is a much more grounded military shooter, and it’s as refreshing as it is difficult.

Insurgency has no campaign, and offers a series of familiar multiplayer modes across maps that look immediately similar to dozens you’ve seen before. Set in a nondescript Middle Eastern warzone, New World Interactive’s shooter doesn’t bother with backstory or even context outside of its objectives. There are two opposing factions, Security and Insurgents, both of which have a spread of ethnicities and cosmetics. This allows Insurgency to neatly sidestep too many awkward questions about socio-political commentary and instead present its war as nought but an arena.

Both sides tangle over the standard FPS objectives such as capturing territory and good old-fashioned kill counts. A nice selection of maps offers plenty of vantage points to scope out and learn as you play, but lone wolves will struggle far more here than in games like CoD. One of Insurgencies most important selling points is it’s realistic combat. Guns feel heavy and slow to fire and reload. When you sprint and climb it feels like a person doing it, not some technologically-advanced super soldier. The guns not only look and sound incredibly authentic, but bullets in Insurgency do what bullets should do. One-shot, one-kill is the order of the day here, and running in recklessly will simply get you killed.

There are no magical bullet vests or healing syringes here, no perks or intrinsic abilities to protect you. It’s you versus the enemy in a much more clean and level contest than you usually see in military shooters. Yes, you can call down tactical strikes on the enemy, but these aren’t earned through glorifying kill streaks. There are no K-9 units or guns that see through walls. Here there’s real-world military tactics and you’ll need to work as a team to survive. Coordinating around your opponent is essential. Flanking is a must, just as defending your position with choke-points and spotters is not only a viable tactic but a necessary one.

For me, the change from running around popping heads and hitting the D-Pad for a killstreak reward to creeping around using cover and communicating with my team was somewhat jarring. It takes some time to get used to, as do the weapons and gear you’re using. One-shot-kills are great when you’re on the giving end, but constantly getting a third-eye hammered into your forehead isn’t a lot of fun. You can play against bots for practice, which is actually useful just to get a feel for the rhythm of firefights.

Unfortunately the lower budget here shows through with the visuals. Insurgency: Sandstorm is a fairly dull game, with very little style or pizzazz in the environments or character design. You can unlock a currency for cosmetics (which is pretty fairly dished out), allowing you to alter everything from boots to hoods, tattoos to ammunition packs. You’ll rarely see two higher level players that look the same, which is nice, but there’s very few items or clothing sets that will stick in the mind. You can change your class, which you’ll unlock through play. These alter your loadout, weapon mods, and gear items, allowing you to switch up your playstyle and pushing you to alter your tactics.

It’s also a buggy game. Textures struggle to form, the framerate can tank suddenly, and I spent an inordinate amount of time with no legs because the jeans I’d put on wouldn’t render at all. I never came across any crashes, though, so it’s mostly visual. Thankfully, the sound design almost makes up for it. New World have done an incredible job with not only individual sound effects, but the mix of levels that ensure you always feel like you’re in a warzone. Guns feel authentic and thrilling, while shouted orders and deafening explosions create a compelling, exhilarating atmosphere.

Those too accustomed to other modern military shooters might find Insurgency: Sandstorm wanting in some areas. There aren’t many modes on offer, and once you’ve played a few hours you may start wishing for just a little more of that OTT bombast. But compared to those other games, Insurgency demands both more and less. It requires more skill and patience, an inherent knowledge of each map that comes from experience, lightning reflexes and a level of endurance that Call of Duty‘s instant respawns and remote-controlled bomb cars simply doesn’t require. But it also requires less micromanagement of each loadout, certainly less in terms of microtransactions.

Ultimately, Insurgency: Sandstorm seems to exist for the people who want less bullshit in their military shooters. While I’m a massive fan of CoD and Battlefield and will play every new iteration that comes along, even I can admit that what New World Interactive are offering here is a welcome change of pace, and a genuine alternative to the established norm.

Very glitchy
Needs more modes
Not much of a looker

What Insurgency: Sandstorm is offering here is a welcome change of pace, and a genuine alternative to the established norm.