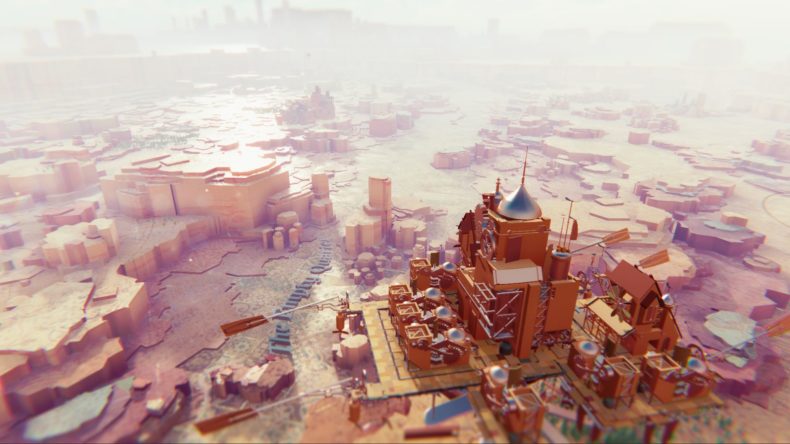 Airborne Kingdom is a beautiful game that challenges you to build your own utopia in the sky, a floating city far removed from the world below. It’s a city-builder that stands out for its unique concept, sure, but also for the relaxed way it presents its core gameplay. It doesn’t have you running up taxes on your citizens, negotiating with neighbouring lords and ladies, or waging war on the next kingdom over. Nor will you need to worry about natural disasters or random invasions.

The most challenging aspect besides feeding your people is keeping your ever-expanding sky city balanced, as you add more and more buildings, more and more weight, and it comes dangerously close to losing its equilibrium and plummeting from the clouds. 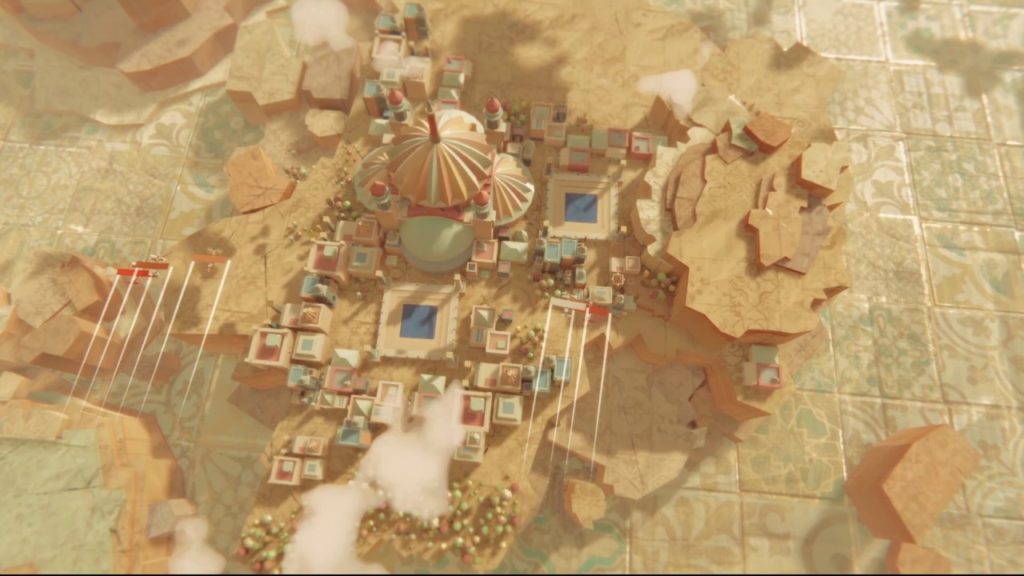 You begin with a small nation, an engine, some propellers, a handful of workers and a single platform. But you soon add homes, and food storage, an academy and a hangar, granaries and factories. You’ll need to research new buildings and technologies, while applying counterweights and extra thrusters, more homes, more paths.

Resources are gleaned from the world below, in the form of wood, food, water, and various materials. From your hangar you’ll send squads of foragers in tiny planes to gather essential supplies, as you travel from node to node. Eventually you’ll come upon other settlements, who you can trade with for blueprints and materials. You can also recruit citizens from these settlements, and opt to go on quests for them in return for rare schematics and treasures.

At the heart of it, Airborne Kingdom is an incredibly wholesome game. Instead of violence, you spread peace, using your mighty flying citadel to scout the lands for relics and artefacts with which you can aid and win over the other cities of the surrounding lands – which is your ultimate goal. But as much as I enjoyed this aspect, I did find myself longing for a straight-up sandbox mode, just to see how big and busy I could make my sky fortress. 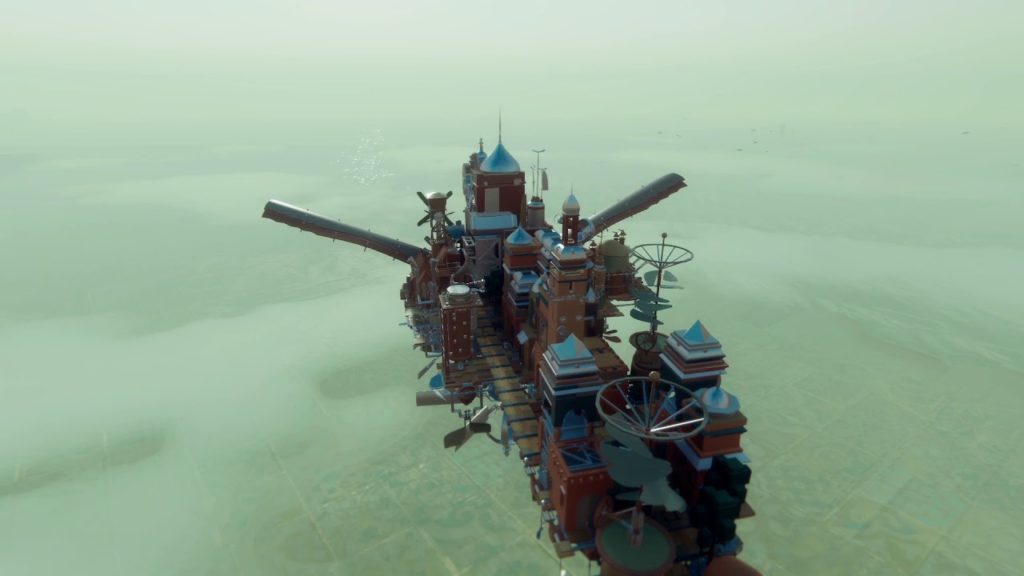 Unfortunately the primary mode is all you get, and because there’s no real conflict or danger, I felt it better played in shorter sessions, when I needed to relax or wanted a break from the open world or high octane games I usually play. And that’s okay, because that’s what Airborne Kingdom intends to be. The artwork is beautiful, using simple shapes and pastel shades to bring its world to life, easily capturing the sense of height and scale required to make you believe you’re hundreds of metres above ground.

And there is some danger, I suppose, if you over-build and unbalance your city, which can lead to unhappy citizens, civil unrest, and the aforementioned drop to earth. But if you’re careful, you’ll avoid this easily enough, and spend your time exploring the world, looking for secrets and hidden items that can increase your wealth or resources, or lead to new research opportunities and cosmetic skins for your city. There’s even a pretty decent photo mode if you’re into virtual photography and want to show off your burgeoning nation.

Airborne Kingdom is rarely a very exciting game, but it’s absolutely lovely to look at, feels relaxing and pleasant to play, and manages to stand out in a genre that has been crowded for decades – which in itself is worthy of celebrating.

Airborne Kingdom is rarely a very exciting game, but it’s absolutely lovely to look at, feels relaxing and pleasant to play, and manages to stand out in a genre that has been crowded for decades