previous
Airborne Kingdom review
random
next
Among Us review
0 likes 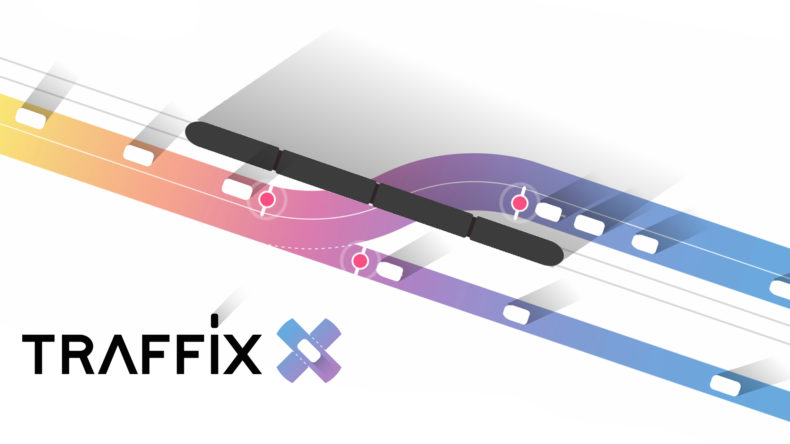 Sometimes it’s difficult to explain the appeal of a game, especially when it depicts a mundane task. Trying to convince a non-gaming friend that they need to play an immigration officer simulator in Papers, Please was a battle, but proof that not all games need to be action-packed experiences. I’d say that controlling traffic via traffic lights sounds more like a job than an exciting puzzle game, but Traffix makes helping drivers get to their destination fun.

Each stage of Traffix is a single screen containing one intersection, roundabout or other combination of roads. Cars regularly enter the area, and it’s up to you to allow them to continue at traffic lights when it’s safe for them to do so. At the simplest level you might need to alternate which road can proceed into an intersection, but within no time you’ll be sending cars onto busy motorways or turning past multiple lands of traffic. 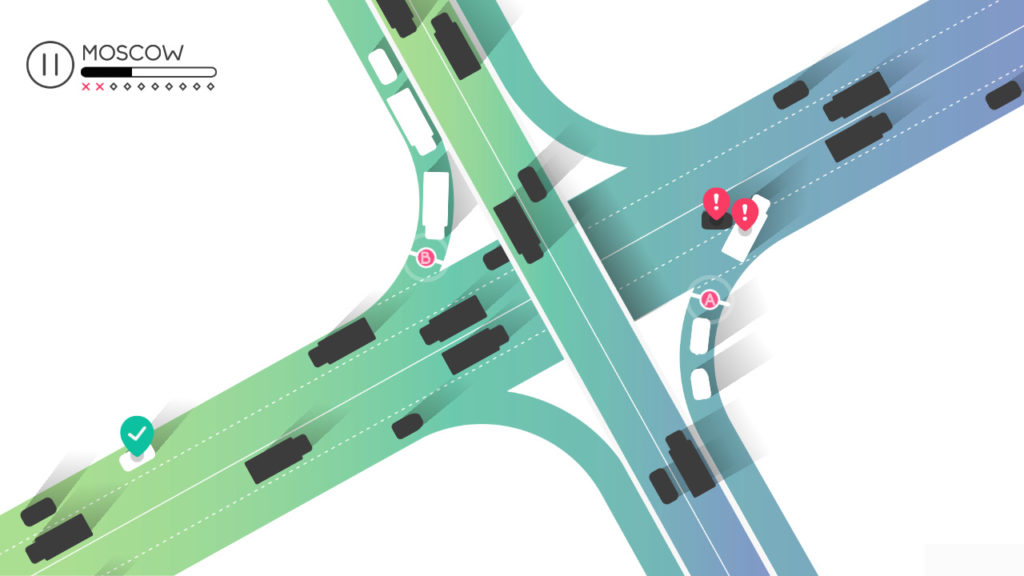 There are two main control methods in Traffix, one using buttons and the other staying faithful to the mobile game original with touch controls. Which ever way you choose to play the game functions in the same way. A single tap on the light or tap of a light’s corresponding button will allow one car through, whereas a double press will fully open the lane and allow cars to continue until you put on that red light, Roxanne.

Much like in real life, If a driver remains waiting at a traffic light for too long they’ll become impatient. If you don’t let them through before their timer runs out, they’ll become angry and you’ll lose a hit point. You also lose a point for each car that crashes, so as much as you might want to rush it’s often better to lose one point due to an upset a driver than lose multiple due to a pile up of broken vehicles.

Alongside the white cars that you control the flow of, there are also black vehicles that move through at their own pace that you need to avoid. These aren’t limited to cars, with trains and even aeroplanes blocking the route ahead for your hurried commuters. These additional obstacles can be a real headache, and you’ll need to get used to the timing of sending a single car into a gap in the traffic without there being a meeting of metal. 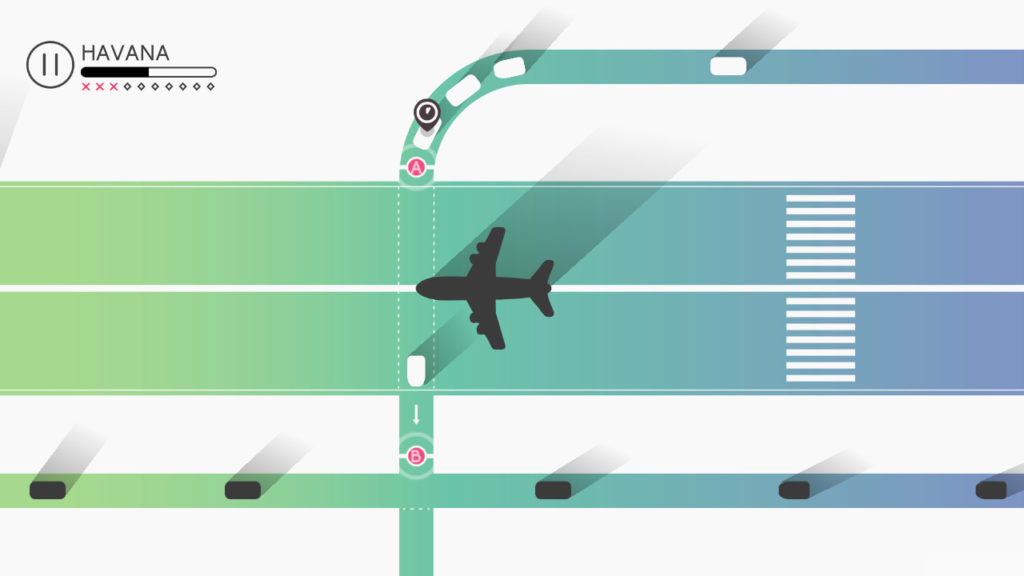 If you beat a stage without making a single mistake (and in the process achieve a 3 star rating) you’ll unlock its Chaos variant. Chaos stages are comprised completely of police cars, which not only cause an instant fail if you crash/anger them but are also even less patient than standard cars. You’ll very occasionally see these in the standard stages, but you’ll need to completely master a level to cope with a constant stream of them.

In the more intense moments of Traffix, I truly appreciated the game’s minimalist aesthetic. The basic coloured block cars reminded me of mobile classic Mini Metro, with the simplistic graphics being perfectly functional and are also oddly appealing. There’s a distinct lack of background music, but the gentle sound of traffic and occasional sound effect combine to make the game a relaxing experience.

The addition of button controls really appealed to me in Traffix, and assigning unique buttons to control different traffic lights works well for the most part. In later stages however, there will are so many lights on stages that you’ll need to use the D Pad as well as the face buttons to control the traffic. When the D Pad is introduced, it becomes much harder to quickly react in frantic situations. I ended up having to switch control schemes around two thirds of the way through, and it was very difficult to adjust to this change on the harder stages. 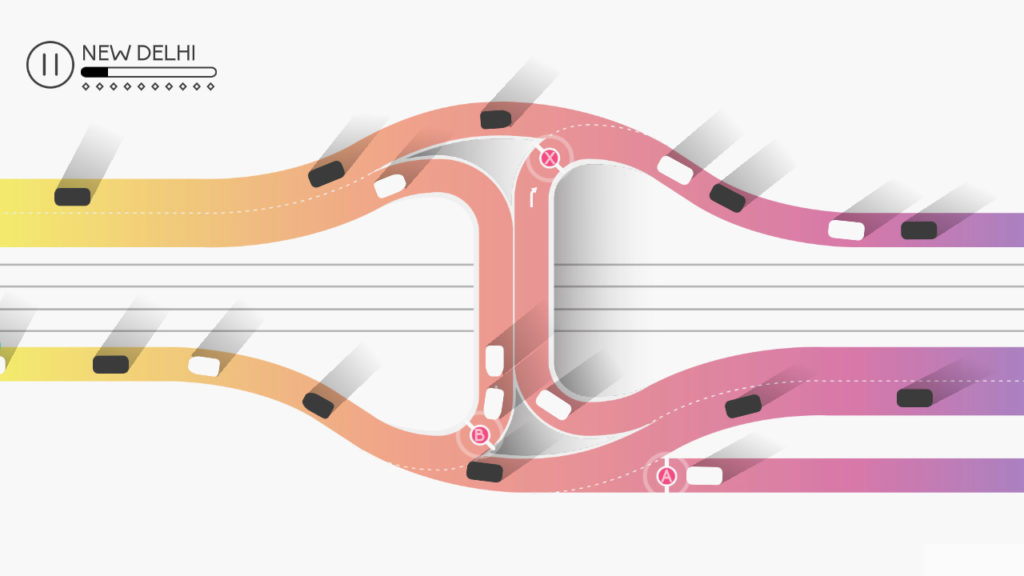 Some levels are also made completely trivial with the new control scheme. One stage set entirely on a roundabout would necessitate very fast tapping with touch controls to let all the cars through at the same time, but hitting all the buttons of them at once is easy and makes it almost impossible to be less than perfect.

Traffix blends traffic management and puzzle gameplay to create a satisfying and laid back game. The new button controls for the Switch port are a little hit and miss, but the concept of controlling traffic lights is very unique. If you haven’t played it on mobile, I’d definitely recommend this minimalist puzzler.

A unique minimalist puzzler, Traffix is a relaxing experience if you can get to grips with the hit and miss Switch control options.