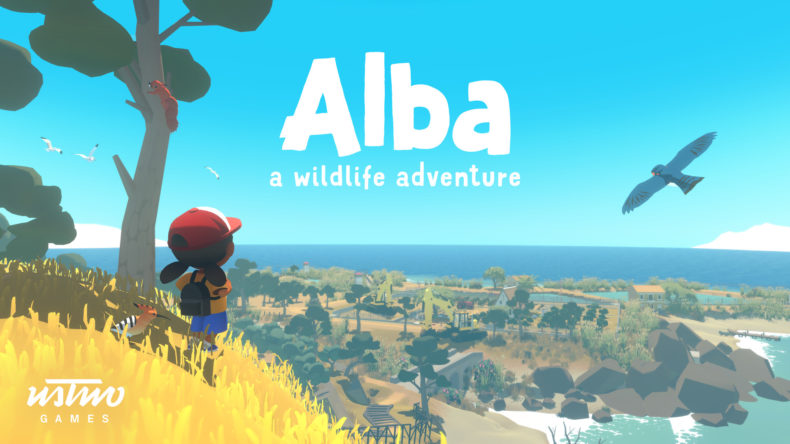 I’m not entirely sure if it’s intentional but “Alba: A Wildlife Adventure” and “Alba: A Wild Life Adventure” feel equally applicable to this title. It’s cute, comforting, yet also quite sad in a way. Feeling thematically similar to the likes of Beyond Blue and Abzu, it deals with topics like the destruction of wildlife and touches briefly on the systems that cause it. Despite this, it always has a sense of humanity at its core. It doesn’t feel disjointed from the central narrative, focusing on the actions of one but dealing with the actions of many. At its purest, you play the role of Alba as she explores a Mediterranean island and takes pictures of animals but, fortunately, there is more to Alba: A Wildlife Adventure than this.

There is a clever contrast between Alba herself and the surroundings/environment she is inextricably linked to. You watch her progress through her life from a baby to a teenager. It captures this lovingly centered theme of youth and contrasts that to her environmental journey. At a young age, it can be easy to lose yourself and not really appreciate what’s around you. As you look around and spot your life covered in litter and the remains of captured animals, you wonder how far you must go to preserve it before it’s too late. 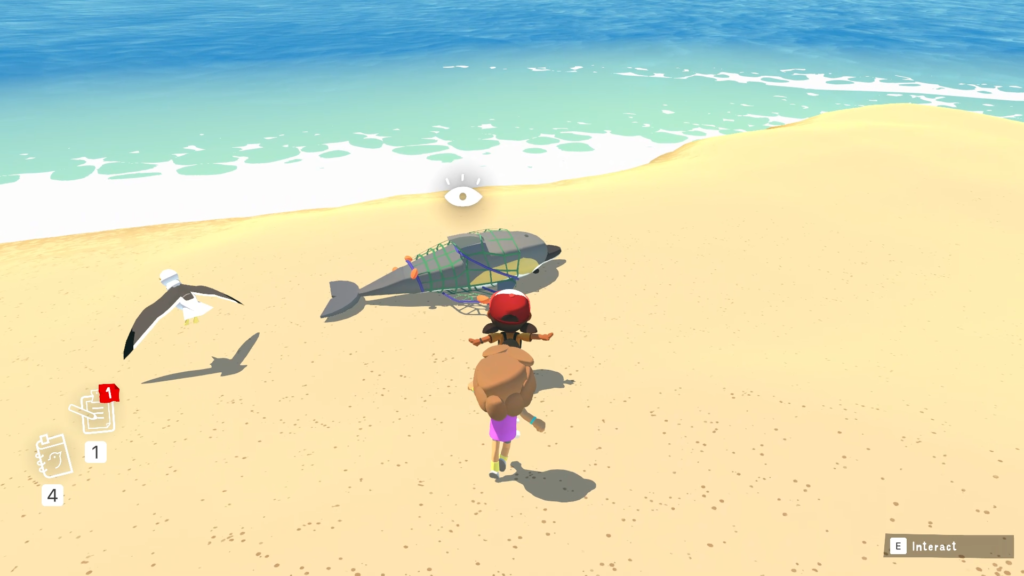 This being said, Alba doesn’t feel performative or needless, and it tells a tale of humans and their very essence. When a dolphin washes up ashore covered in litter, everyone unquestionably jumps to help. It doesn’t aim to guilt individuals as it’s not as malicious as that. It’s hard to track the damage that small acts can do and it knows that. It treats humans in a kind light with the results of careless actions.

Alba: A Wildlife Adventure itself is not careless. It has great emotional flourishes that feel earned. The music swells, the visuals gleam and the story comes together well. This music plays into this idea well: it is personal and joyful. There’s nothing synthetic about the soundtrack. With just a guitar, a pan flute, bass, ukulele, some sparse vocals, and an odd bell you have this lovely warm soundtrack enveloped in the sounds of the land. As it is a part of the game itself, the environment is just as much a part of the soundtrack. The sounds of the sea and animal noises work to an almost ambient effect, feeling like a low drone accompanying the world.

The titular Alba is tasked with taking pictures around a town with a phone given to her by her grandparents. After making your way to the wildlife sanctuary, you are greeted with the news that its fall into disrepair means the town has opted to turn it into a hotel. You must acquire signatures, help out friends and take as many pictures as possible until you have to go home – don’t worry though, the game isn’t on a strict timer. 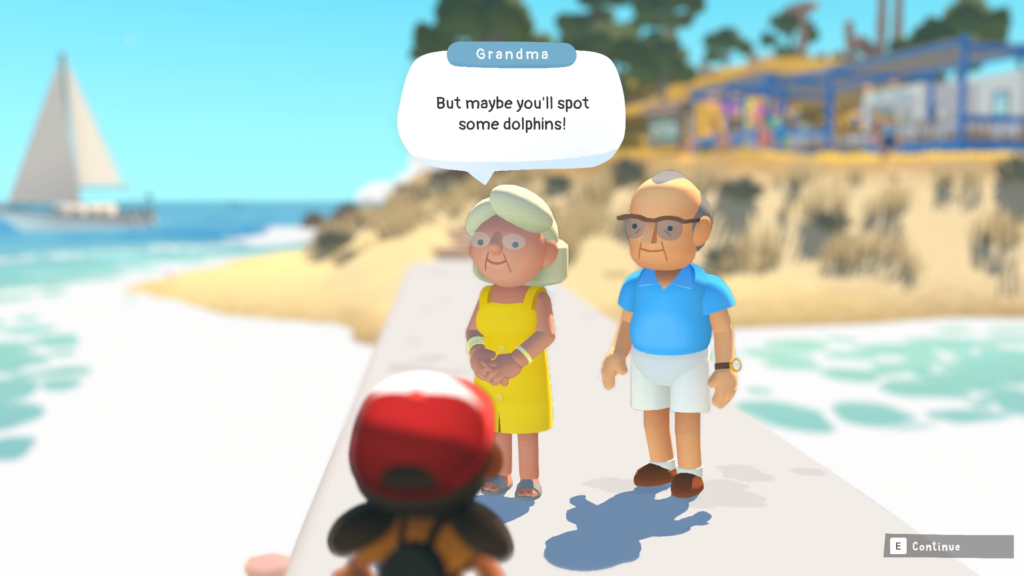 You investigate sick squirrels and find out pesticides from a nearby orange farm are making them sick. When you talk to the man who sells the oranges, he lends an empathetic ear, exclaiming that it’s awful the squirrels got sick and he’s glad they’re fixed now – without ever being made aware that his oranges are a part of what caused the damage. This is something the game deals with in a surprisingly mature way. It understands that fifty moving parts might be the cause of an issue, but that each part believes it’s doing the right thing.

You enter the rather idyllic Mediterranean town believing this big bad hotel is the issue, until you realise the town is already failing. The wildlife has been driven off, roads filled with litter. It posits this one issue as the main problem until you realise you’re dealing with the direct result of hundreds of bad decisions. Alba is reformative, Alba is rehabilitative. It treats itself with little pretence and doesn’t feel overly judgy. This is a great tool for children and stubborn adults alike.

It helps that the visuals are so lovely and the gameplay stays both engaging yet fun throughout the handful of hours Alba: A Wildlife Adventure lasts. There is something blocky about the visuals, feeling somewhat similar to 2019’s The Touryst. That’s not the only similarity this holds, either. There’s a similar intrigue to wandering around the island, solving little issues and working your way up to bigger ones. 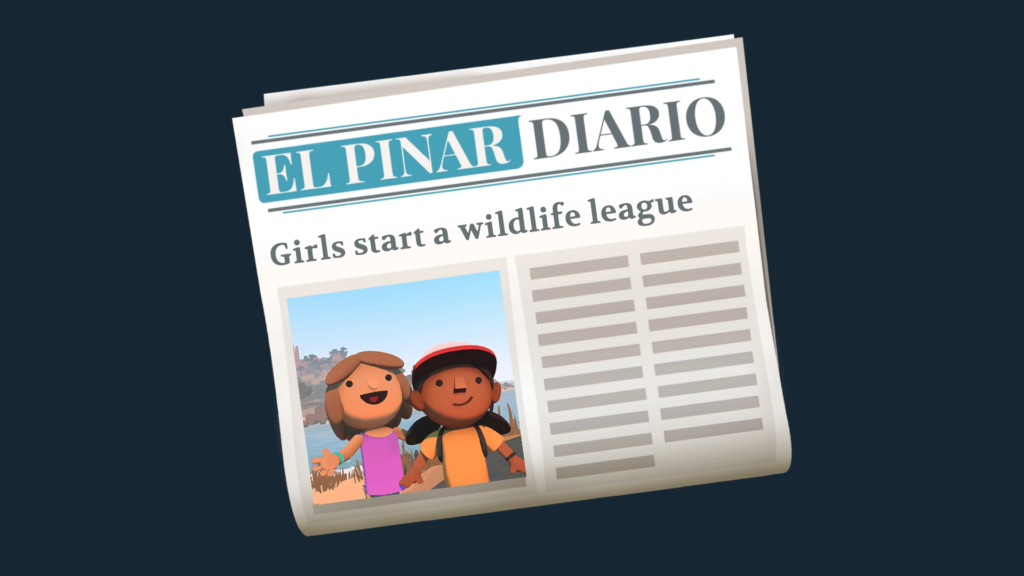 Alba is given a small notebook that functions as a checklist throughout her week on the island. You overhear conversations or get a call on your phone, activating a new little quest to do. There is constantly something new to do or a new goal to work towards. Once you’ve helped a sick animal, you might need to save another trapped one. Once this is done, you might need to clean up rubbish stopping animals from feeding. In the short term, you fix whatever small issues you can. In the long term, you want to fix the island and the wildlife sanctuary with it.

The sad thing is that the existence of a wildlife sanctuary left in disrepair implies that this never used to be. Single acts don’t lay at the centre of this story. This is a fight that is consistent and never lets up. Alba attempts to deal with the spinning plates that are the environment but knows that is fleeting. Like that summer spent watching animals and cleaning up the town in Alba’s youth, this is a struggle that gets further away with every day. This is a fight that lasts longer than the handful of hours it will take you to finish. Alba is just one of many who fight this fight, and Alba: A Wildlife Adventure showcases this very well.

A bit slow at times
Quite short

Alba: A Wildlife Adventure itself is not careless. It has great emotional flourishes that feel earned. The music swells, the visuals gleam and the story comes together well.

Alba: A Wildlife Adventure will launch on consoles June 9