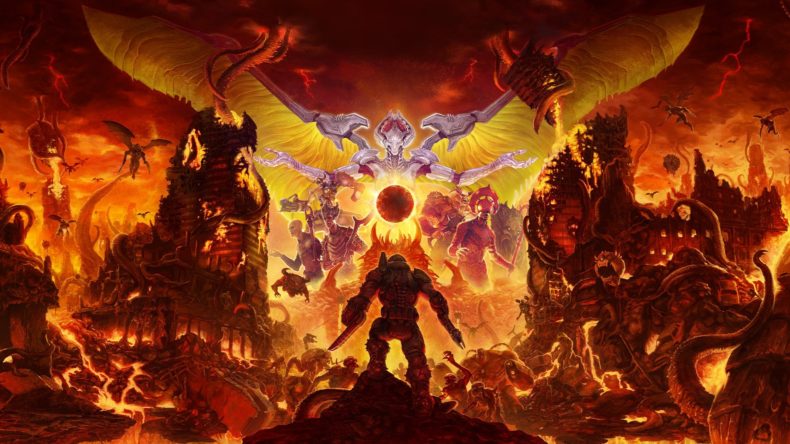 A few years ago the idea of a modern FPS like Doom running on a Nintendo handheld seemed nuts, but then we saw not only id Software’s gore-centric reboot hit the Switch, but Wolfenstein with it. Sure, concessions were made for the hardware, but by and large neither port was anywhere near as bad as people expected.

Fast forward a few years to the present day, 7 months after Doom Eternal landed on PS4, Xbox One, and PC and blew our collective socks off. For me personally, it outdid the 2016 reboot to deliver the most engaging FPS I’ve played in a long time. I found bits of it a little too challenging at times, and I had issues with the structure of the back third, but overall it’s something of a tour-de-force of noise and violence. And now, just like its predecessor, Doom Eternal has also come to Nintendo Switch – and it’s surprisingly good.

With the frame rate locked to 30 frames per second and everything from lighting to textures dialled back, it runs pretty smoothly throughout – at least, during the actual gameplay. The cutscenes – of which there are mercifully few – are a different story. The frame rate regularly struggles during story scenes, which wasn’t enough to spoil them for me, but is worth mentioning anyway. 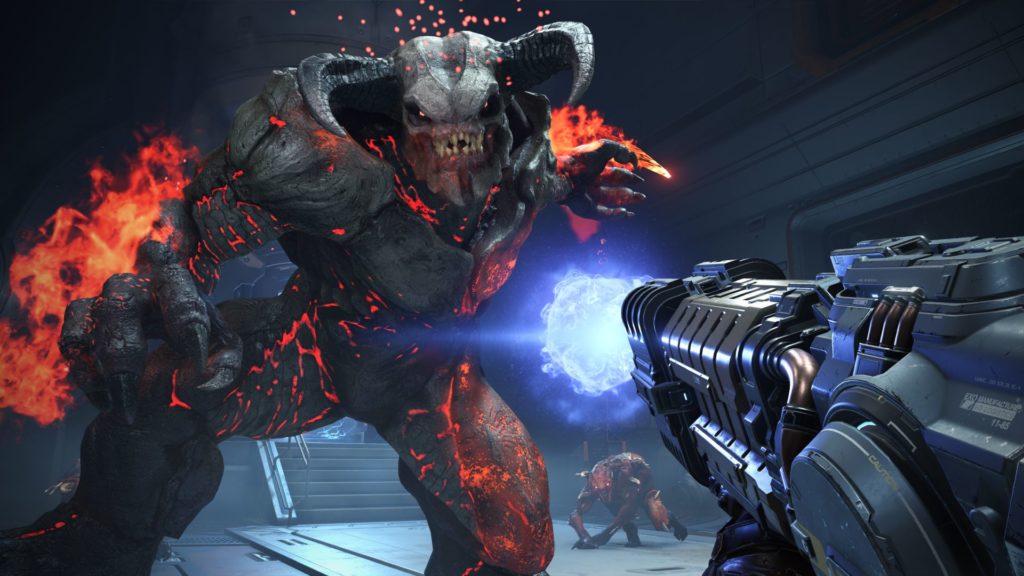 You’ll find it all a little rougher to be honest. Everything is a little duller, a little slower. Crucially though, it doesn’t matter an awful lot once the killing starts. Doom Eternal is a blast on the Switch, the graphical fidelity helped greatly when playing handheld. I would recommend either playing with a Pro Controller and a stand (or docked, if you prefer) or with a pair of FPS-friendly joy-cons given that you’ll be clicking analogue sticks a lot and pumping the triggers like crazy.

For those of you who didn’t play Eternal on a previous platform, the story kind of soft-reboots the franchise again, beginning in media res with the Doom Slayer hunting for a demonic priest on Mars as the distant Earth burns in the fires of a Hellish invasion. Someone needs to save whatever’s left of humanity, while there’s still anything to save. And your role, once again, is to rip and tear until is done.

A variety of brutal weapons vie for your attention alongside the trusty chainsaw, as all of Heaven and Hell’s grotesque minions line up for a drubbing. As an exercise in catharsis, it remains almost unmatched this year, even at the lower framerate. A satisfying loop presents itself out of the necessity to perform different kills for different rations. Need health? Use the chainsaw. Need ammo? Perform a “Glory Kill” on a flashing enemy. Need armour? Roast the demons with the flamethrower. 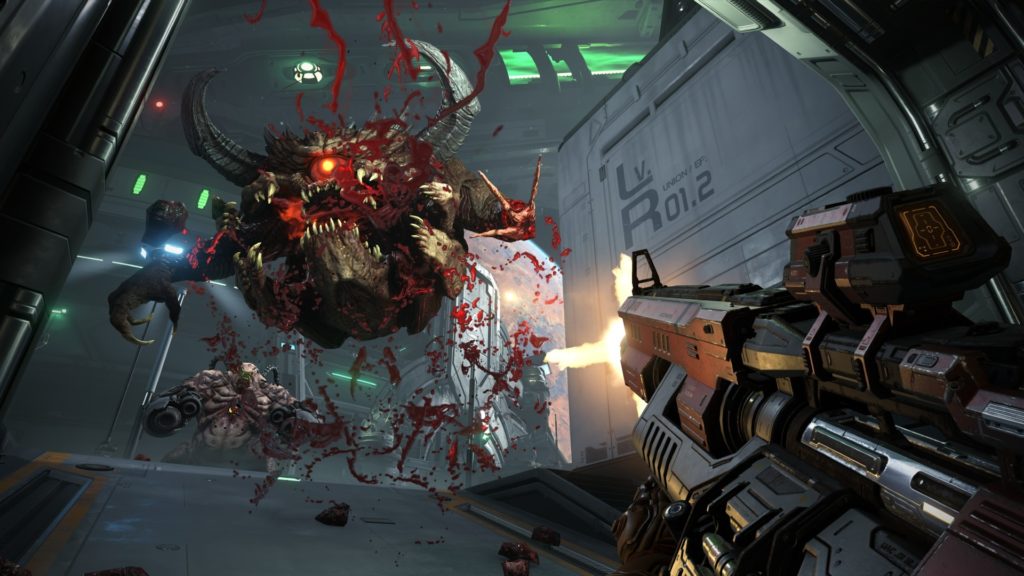 It doesn’t take long to fall into this rhythm, and a scattered wealth of collectible littering each level is enough to keep you exploring, exploiting the new traversal moves like wall-climbing and swinging. As a package it’s exceptional, even dropping in a (slightly superfluous) hub area in the form of a massive ship, where you can view your collections. This, too, holds secrets for the curious, as well as a practice arena down in the bowels.

The previously released “Rip and Tear” DLC is included, as well as the hit-and-miss multiplayer element. Like the story though, this feels like window dressing when the campaign is so good. That said, if you do fancy the 2 vs 1 Battlemode then it performs fairly well on the Switch, though I found it considerably longer to find a match than it did a few months ago on PS4. My only real complaint remains the length of the campaign. Pushing 18 hours, it’s gargantuan for what is, essentially, a pure FPS with character progression that relates only to your arsenal. It remains consistently entertaining, however, and mileage in this area will vary greatly from player to player.

Doom Eternal on Switch, then, is an excellent and competent port from Panic Button. Graphically it’s inferior to the other versions in every conceivable way, of course, but surprisingly that doesn’t stop it from being a thoroughly thrilling romp from start to finish.