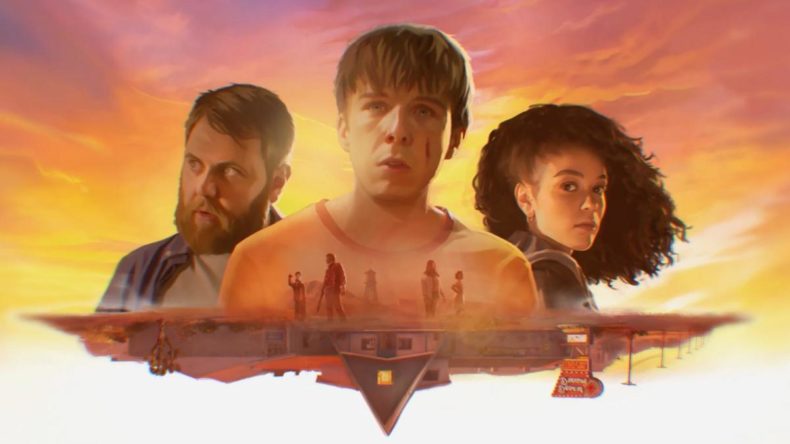 Choice-based games can be exceptional, but no matter how vastly effected the story is by how you choose to proceed, the best ones need to have complex and interesting characters, and a narrative that makes you care about what direction it takes. You can make me choose what I do or don’t say, whether I should have gone left or right, but if I don’t care about these vital facets of a game, I’m going to fall off pretty quickly. Life is Strange did it so well, as did Telltale’s The Walking Dead, but where does As Dusk Falls fall in the pantheon of these seminal dramas?

As Dusk Falls takes place across thirty years and focuses on two very different families whose lives intertwine on one fateful night at a motel in Arizona. Vince Walker is a former aircraft mechanic whose partner Michelle is a teacher, and they’re heading to Missouri to make a fresh start with their daughter Zoe, and Vince’s father Jim. Throughout the course of the story, you learn about the troubles that led to Vince losing his job, how his relationship with Michelle put a strain on their marriage, and how he’s only recently got back in touch with his father after years apart. You arrive at a motel after some car troubles, and if only you’d gone a different way, things would have been so much different. 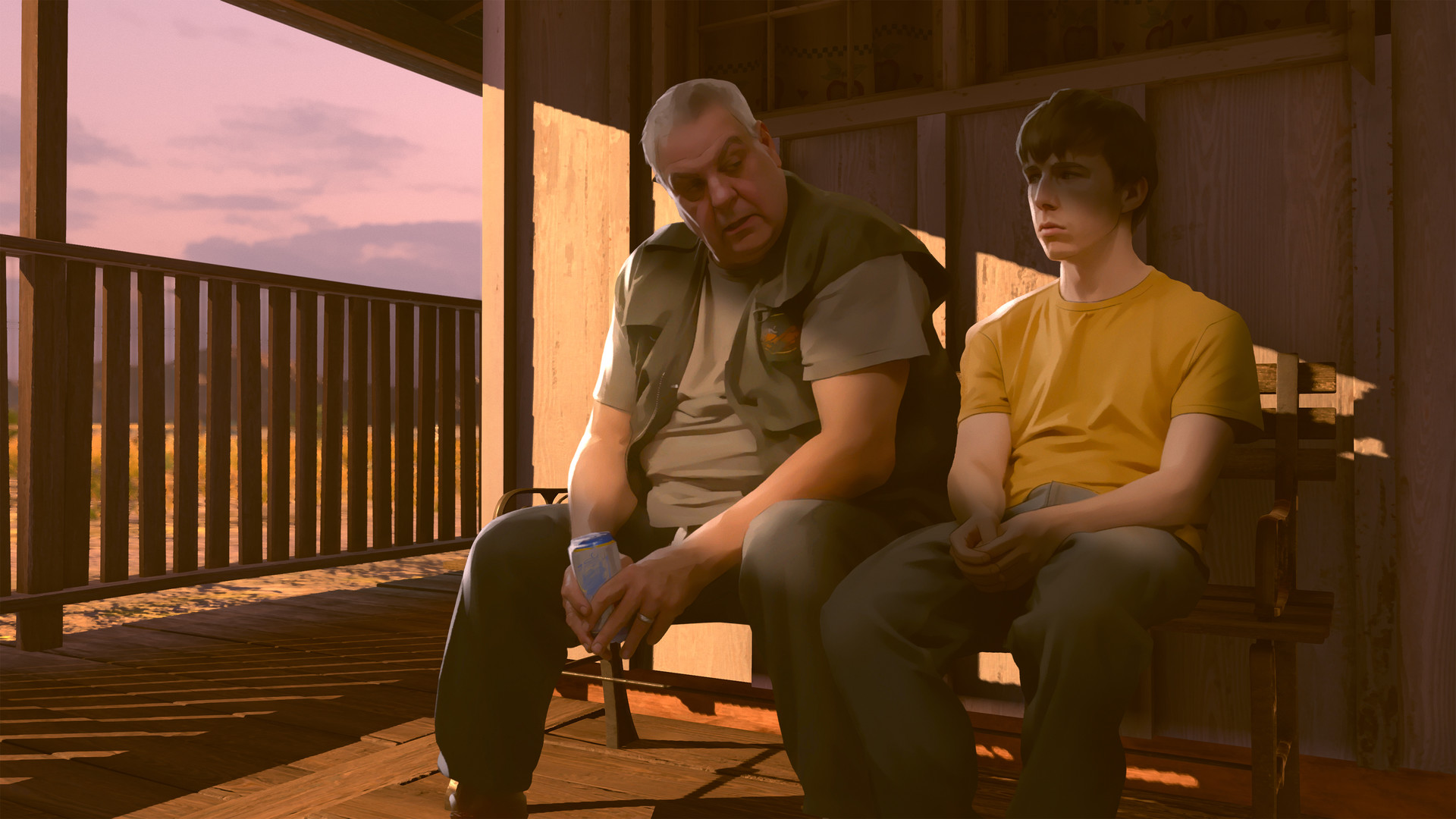 The Holt family are in a lot of debt following their father’s gambling problems, and believe that the only way they can save themselves from being killed is to rob a small-town Arizona sheriff. After the burglary goes wrong, the three brothers take shelter in the Desert Dream motel, but after the police show up, they’re forced to take the Walker family hostage. What ensues is a night none of them will ever forget. The storytelling was excellent throughout the first three chapters, which revolve around the ‘Desert Dream Massacre.’ From the name, it’s pretty clear it doesn’t go according to plan, but just how badly is entirely up to the choices you make.

It would be cruel to spoil anything for you here, but your decisions can be hugely affecting, and can be the literal difference between life and death. Without ruining specifics, there was a gun fight between the police and the Holt brothers. One of my choices led to someone getting shot, and it didn’t stop there. Over the next hour or so, I had to keep this person alive by how I acted. Would I try and befriend the Holts, or find a way out of the motel whatever the cost? These decisions litter the entirety of As Dusk Falls. Some might be as simple as responding to someone more abruptly or aggressively, but the majority have a huge impact on the story. 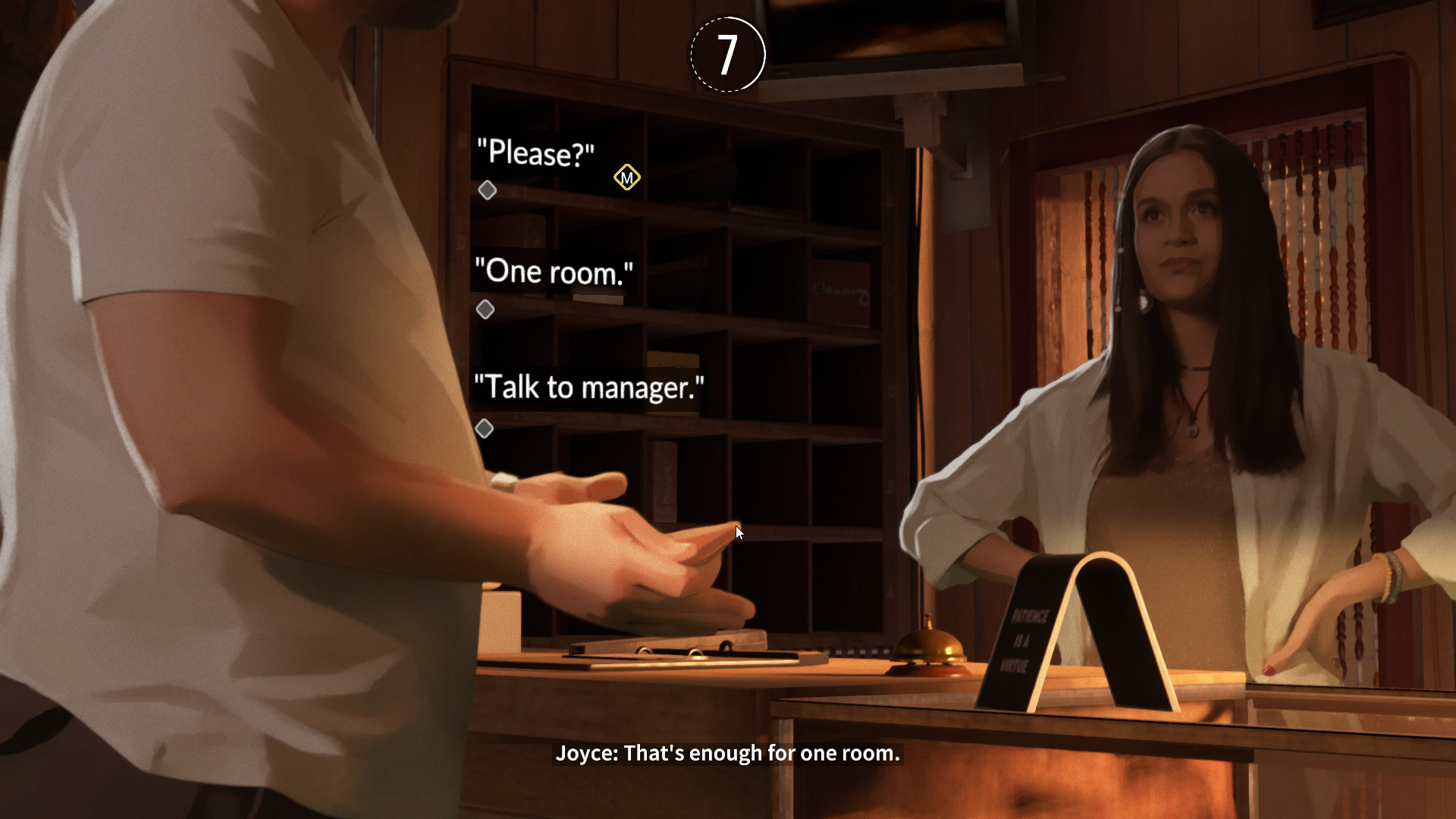 I replayed various chapters after finishing the whole thing, which is split into two ‘books,’ both consisting of three chapters. When I say things can be completely different, I mean it. There’s some pretty heavy stuff in As Dusk Falls, and one big choice at the end that alters the future of one of the characters in a massive way. INTERIOR/NIGHT has built such a unique narrative structure within their tale, with different paths being created throughout. Once a chapter ends, you can see how many other outcomes there are, with the ability to replay them and find out what would have happened.

As Dusk Falls: What person are you?

You’re also show how you act through highlights of what type of person you are. Are you someone who thinks on their feet, shows more compassion to others, or has a disregard for people’s feelings? It’s a nice touch, and gives you a better understanding that summarises how you’ve acted with so many choices to be made. While As Dusk Falls follows three main characters more closely than the others, you’ll have a say in how some of the smaller roles play into the narrative. One of my favourite characters was Jay, and you’ll spend a lot of time with him. 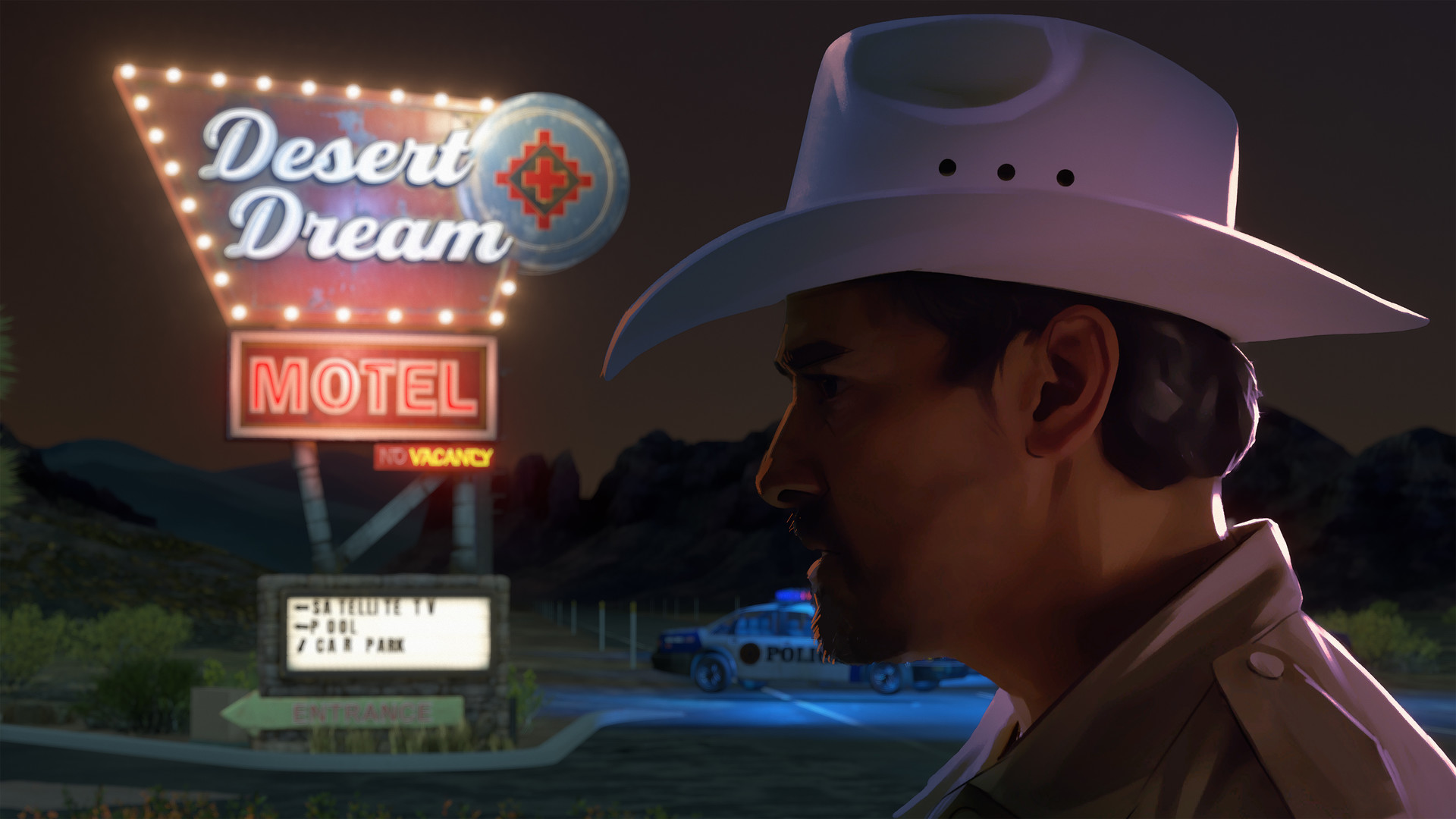 He’s the youngest of the Holt brothers, and seems like more of a compassionate soul, who got caught up in something he never really had a choice in. As Dusk Falls doesn’t end at the culmination of the drama at Desert Dream either, as you are forced on the run, meeting new people like Vanessa, a girl who has her own problems, and an older Zoe, fourteen years after the events that took place at the motel. I can’t really say much more than that as we enter spoiler territory, but there wasn’t a moment where I felt it slowed down or started to become boring. The character development, especially with Jay, was excellent, and as the game reaches its huge climax, you’ll be left shocked with where the story takes you.

Despite having an excellent story, it took a lot of time to enjoy the motion graphic novel style. It felt like it would have been better off opting for normal cutscenes, especially in some of the more fast-paced scenes. However, I began to appreciate the amount of work put into this design choice, and some of the more emotional scenes are better delivered with the art style. In terms of what you ‘do,’ much of As Dusk Falls is made up of quick-time events. Whether its rotating the analogue stick, mashing a button, or flicking the stick in a particular direction, it’s always important to pay attention. I was caught off guard a few times by this, but it helped to keep you engaged with the story.

As Dusk Falls is an ambitious interactive drama that tells an engaging story, with choices that affect the direction massively. It would take a lot of time for you to go back in and find out what might have happened if you’d acted differently, but with the calibre of the writing and superb voice-acting, it never felt like a chore to do so. The art style might not be for everyone, but it’s still a great looking game, with brilliant characters, plenty of QTEs to keep you on your toes, and a well-constructed story that never felt disjointed or dull. The interactive side of it will be hit or miss for many. If you’re not too fussed about having full control of the choices you make, it can be fun having others get involved and play it as a group. It’s a nice touch, but I’m glad I got to see how my story played out.

As Dusk Falls tells a superb story of how two family's lives are changed forever, with great writing that leads to some huge decisions to make.