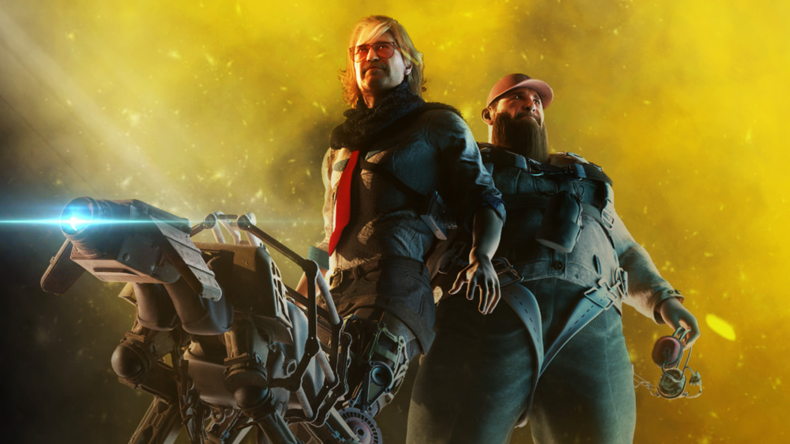 Beautiful Desolation is set in an alternate timeline, ten years after the arrival of the Penrose. Like the Traveller in Destiny, the Penrose seemed benevolent, accelerating human technology by hundreds of years. However, the mystery of what it is and where it’s from remains. This is a version of 1985 with drones and robotic guard dogs, but it seems to be a time of secrets and half-truths, as people struggle to understand what the Penrose is and what it wants from us.

The story begins below the Penrose, in South Africa. Reporter Mark Leslie is especially wary of it as he suffered a tragedy when it arrived, but he channels that into curiosity. As the narrative opens we travel with Mark to his brother’s air tours company. Don Leslie is a former military pilot who now flies curious tourists up close to the Penrose.

During their excursion things go bad. A heated exchange with security sees Mark, Don and one of the aforementioned robotic guard dogs (aptly named Pooch), catapulted into the far future. They find themselves in a world of haunting, decayed beauty. This is where Beautiful Desolation gets its title from. It’s a world of bizarre, augmented creatures and scattered humans who seem, above all, to be simply trying to survive. 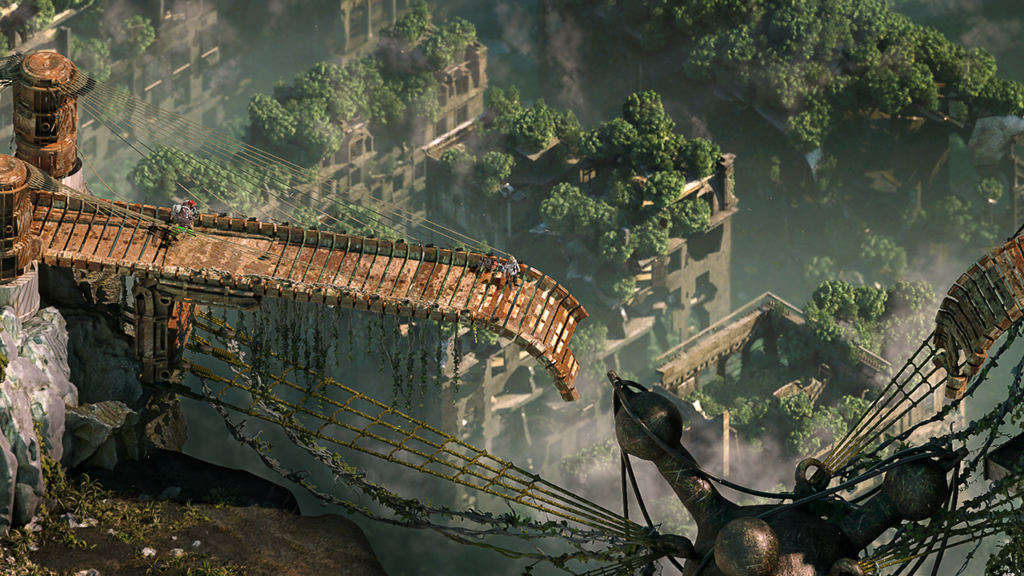 Mark’s primary objective is to work with Don and Pooch to get back home. This involves helping or hindering the people of this distant futurescape. Being a point-and-click adventure means a lot of exploration and inventiveness and collecting and combining various items to solve puzzles. It may look like a more invested RPG like, say, Disco Elysium, but Beautiful Desolation is not that. This is a linear story broken up only by long segments of dialogue, or well-drawn cutscenes that flesh out the story.

There’s lore and flavour text all over the place that helps piece together what’s going on, but the minute-to-minute gameplay is quite slow-paced. You’ll often need to go out looking for things that you won’t fully understand or be able to easily identify. Although, this would feel like more of a negative if the art style wasn’t so incredibly beautiful. The environments are dense for a Switch game, even if much of it is window dressing. You won’t be able to explore everywhere you can see, for instance. The story will funnel you along a linear route with occasional branches into other areas. But as you explore broken cities, decaying forests, and sprawling swampland, it’s hard not to be impressed by the level of detail.

Beautiful Desolation could use more signposting if anything. More than once I found myself getting a little bored and frustrated while looking for things I simply couldn’t find, only to happen upon them after a lot of backtracking and far too much trial and error. When you’ve sauntered through an area eight or nine times to find something you’ve never seen before, it begins to grate. You’d expect Mark or Don to offer some kind of insight at a certain point, but they’re as clueless as you are. 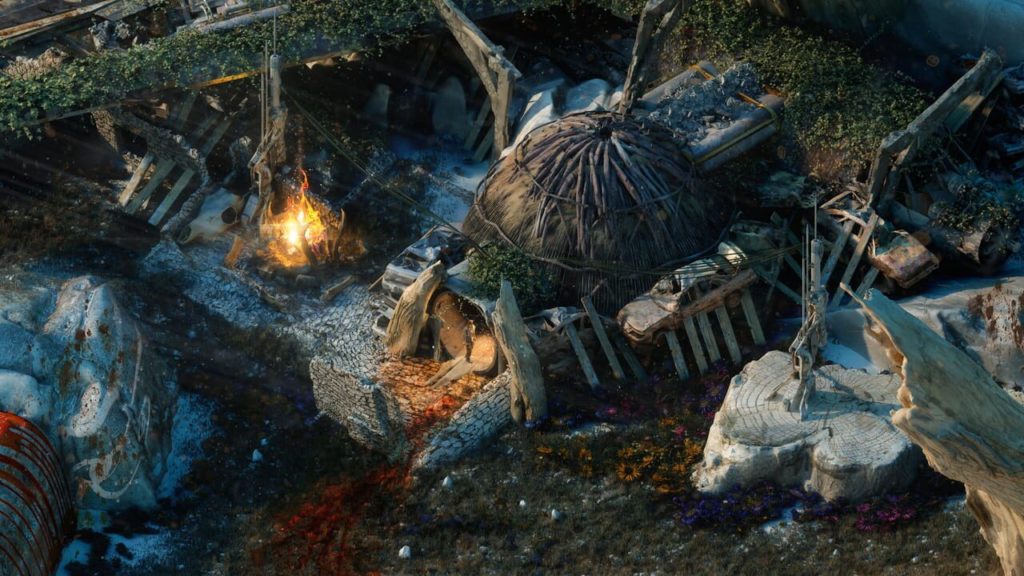 Anyone heading into Beautiful Desolation with preconceived notions may end up disappointed. It’s easy to look at screenshots and promotional art, and presume you’re getting something action-packed. Half the time you won’t understand the consequences of decisions you make until they happen. Ultimately the story is only ever really moving in one direction.

That being said, it’s an enjoyable story. The voice acting is pretty top-notch throughout, and the South African accents are an oddly refreshing element. It looks lovely, too, even if there’s often a little too much visual density when playing in handheld mode. The text is also pretty small, which could make this a difficult sell for some players. But if you want a fairly linear adventure game with a cool story, interesting world, and impressive visuals, Beautiful Desolation is worth checking out.

Beautiful Desolation is an enjoyable point and click adventure in a unique world, but the slow pace and obtusiveness may put some people off.