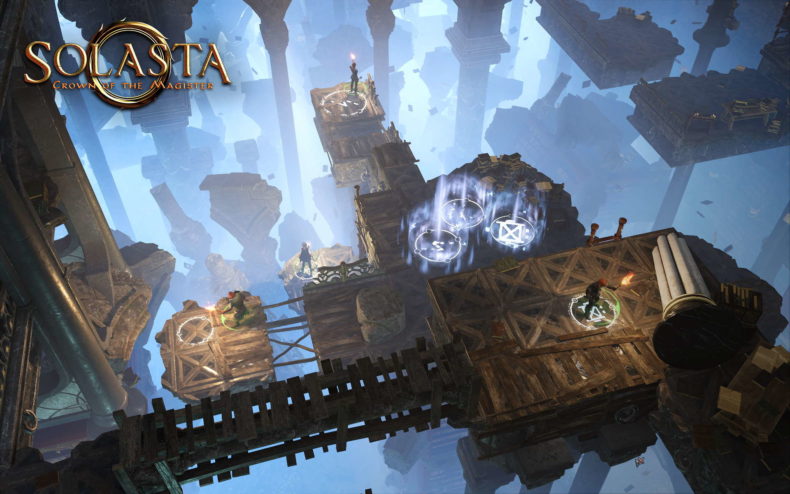 I’m going to say this outright: I’ve never played any Dungeons and Dragons. It’s not that I’m not interested in a bit of role-playing. It’s just the opportunity just never presented itself. I’ve listened to D&D podcasts, played plenty of video games inspired by it, but never even held a D20. Although it doesn’t look like that’s going to change any time soon, at least I’ll have Solasta: Crown of the Magister to keep me busy.

On a traditional fantasy adventure, you’ll be guiding a party of four custom characters through lush mountauns, magical libraries and caves full of spectral spiders. After the fall of an ancient Elven kingdom years ago, your team find themselves working for royalty and finding the titular crown. It’s very much a pure fantasy tale, but with plenty of twists and turns to keep you interested.

Character creation is a very in-depth process, so be prepared to a slow start to your adventures. After the simple act of picking a race and class, you’ll then be tasked with giving them a back story as well as personality traits. Each character’s personality will dictate how they join in the dialogue in the game. So a greedy Halfling will often bring up money, while a noble Elf may act aloof. Because you’ll have a team of 4 under your command, each will jump into conversations when appropriate for their character with nobody playing the “main protagonist”. 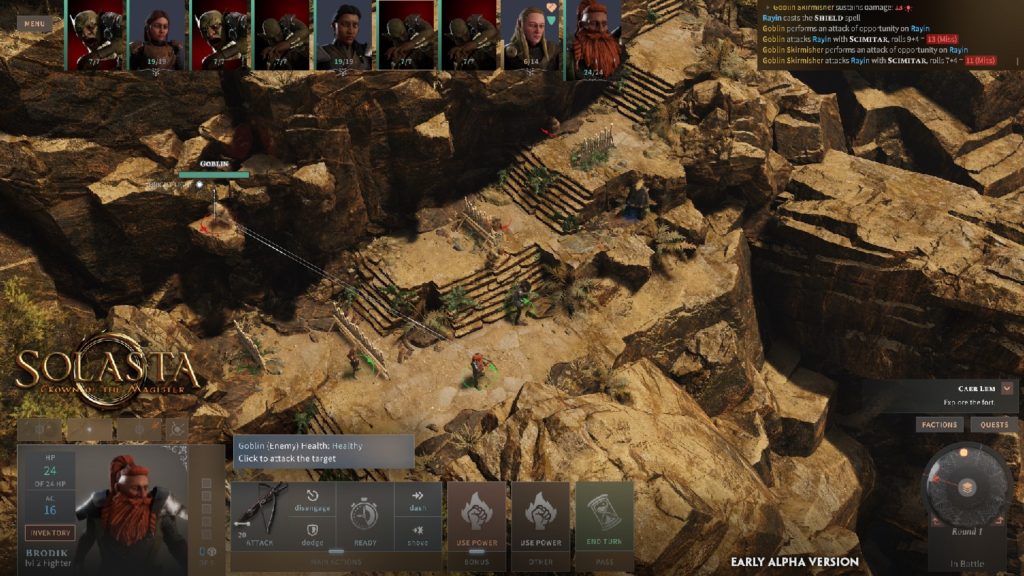 It wouldn’t be D&D without a hefty dose of stats, so prepare to sink some points into Strength, Dexterity and the other usual suspects. Applying base stats to characters can be done in a variety of ways, from dice rolls to simply inputting values. This means if you want to recreate your real world character it’s no problem, or you can just cheat and make the perfect creation, no judgement.

You’ll need all of these stats when the bandits and orcs come a calling. Battles are a turn based tactical affair, with mechanics lifted directly from the tabletop game. You’ll be rolling for initiative, making saving throws and casting magic missile against a range of foes, some straight from the Monster Manual as well as some homegrown beasties. Because of the sheer number of attacks and spells at your disposal, you can get really creative in combat. I lost an early encounter against some lizardmen very decisively when just using damaging abilities, but found success the second time around by creating a pool of grease at a key point in the terrain. 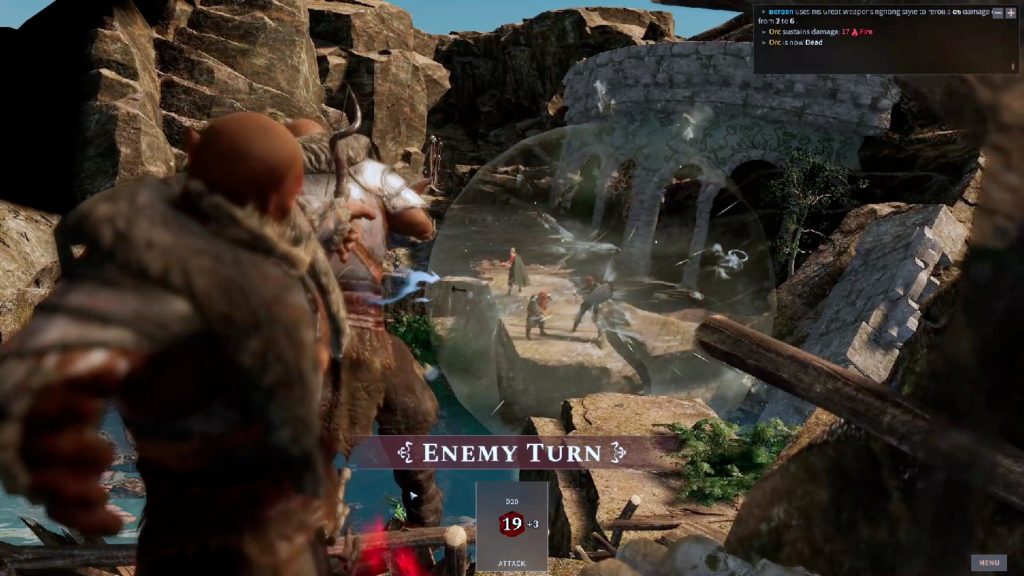 Another interesting aspect of confrontations comes from using the environment in battle. It’s easier to think of the world as a Minecraft grid, which you’ll need to navigate to get the tactical advantage and aim full 3d area of effects. Higher ground grants you advantage on dice rolls, and cover and low lighting make you harder to hit. To make sure you can see the enemy you might want to light up some torches on a wall, or maybe a dangling stalactite could end the fight quickly with a well aimed arrow. It’s really satisfying to make the most of a room and dispatch foes with ease, and once you add in teleportation and levitation spells you’ll be beating back baddies from every inch of the level.

There’s a ton of depth in every single encounter you have with the Evil Priests or Feral Wolves of Solasta: Crown of the Magister. If you notice tracks on your travels you might want to enter Cautious mode, and aim to stealth your way into battle for a sneak attack. Sometimes conversation will get you further than a sword could too, and choosing the right conversation options (alongside a good roll or two) might mean you avoid a fight entirely or even gain a new ally. 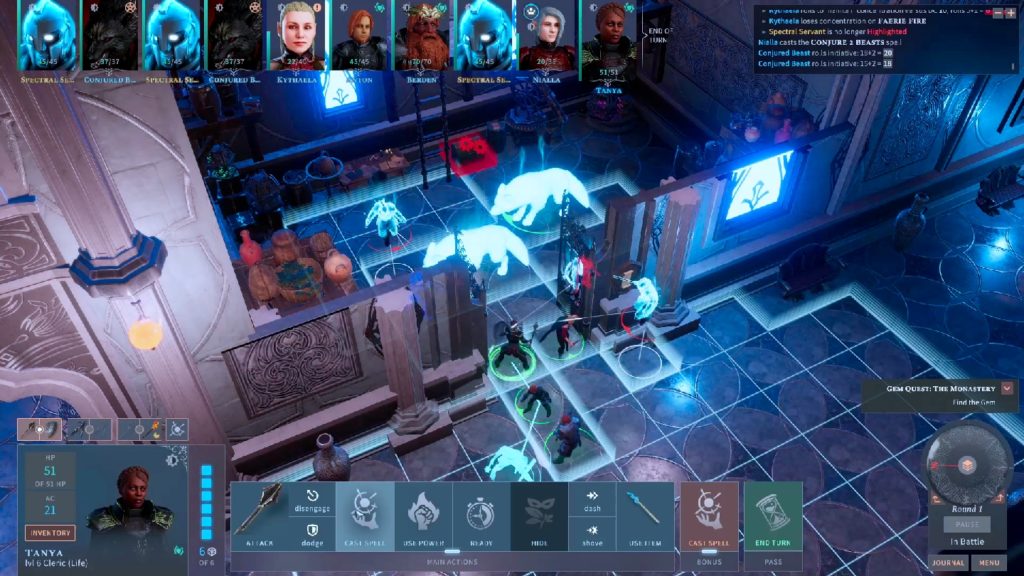 There’s a robust crafting system that allows you to make all manner of potions and poisons, traps and puzzles in the environment, and the incredibly impressive Bestiary. This handy journal keeps data on monsters you fight, and is updated with extra information each time you beat an enemy or when you read a book about them. You can find out resistances, weaknesses and even exact hit points once you fill out an entry, and this information can really swing a fight in your favour.

I’m not too proud to admit that on the default difficulty I found Solasta very challenging. Fortunately Tactical Adventures have included a huge amount of options to make the game as easy or difficult as you’d like. There are 5 basic difficulty settings, as well as options to grant yourself advantage on dice rolls, give yourself more crits, and even turn off systems such as spell components and food rationing all together. Flicking on a few of these options definitely helped me make my way through the 30+ hour campaign without constantly wiping out. 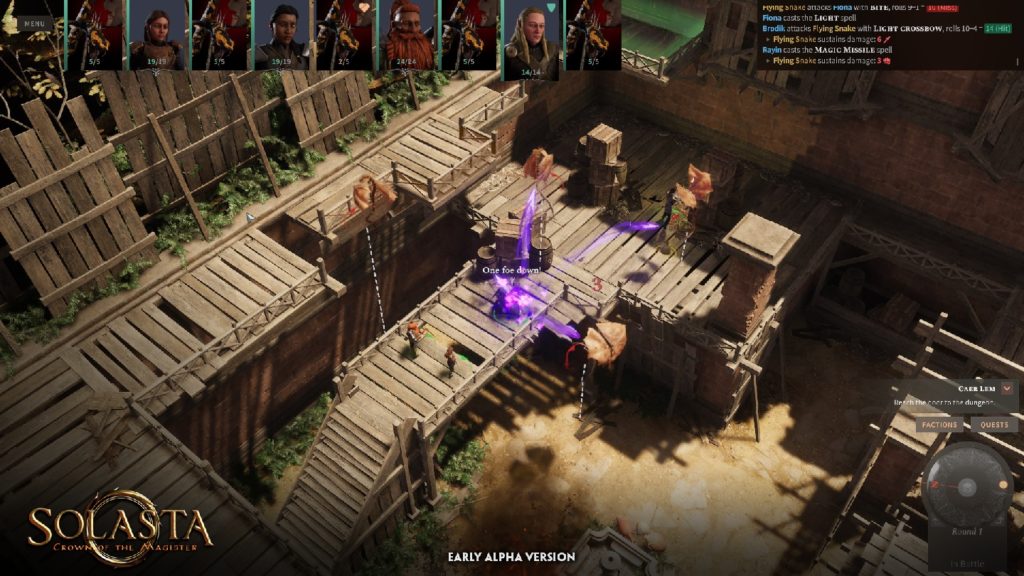 As if a lengthy fantasy epic wasn’t enough, there’s a fully featured dungeon maker tool to play with. This simple way to make user content almost didn’t make it into the game, but fans begged enough that the team really wanted to add it. Making a dungeon can be simple as dragging and snapping some room pieces together and adding doors, traps and enemies. All of the assets are taken from the main campaign too, so if you’ve played through it already you should have an idea of how it all works.

Although it’s easy to use, there’s scope to make some truly impressive dungeons. One highly rated user created level I played uses text lore to add a narration to their stage, and had created an experience that lasted approximately 2 hours. Add that to the campaign and you’ve got an endless supply of D&D content, with user stages available on Steam workshop as tiny downloads. The dungeon maker is totally functional but not complete as of yet, with a long list of additions prepared for beyond launch like custom quests and merchants. 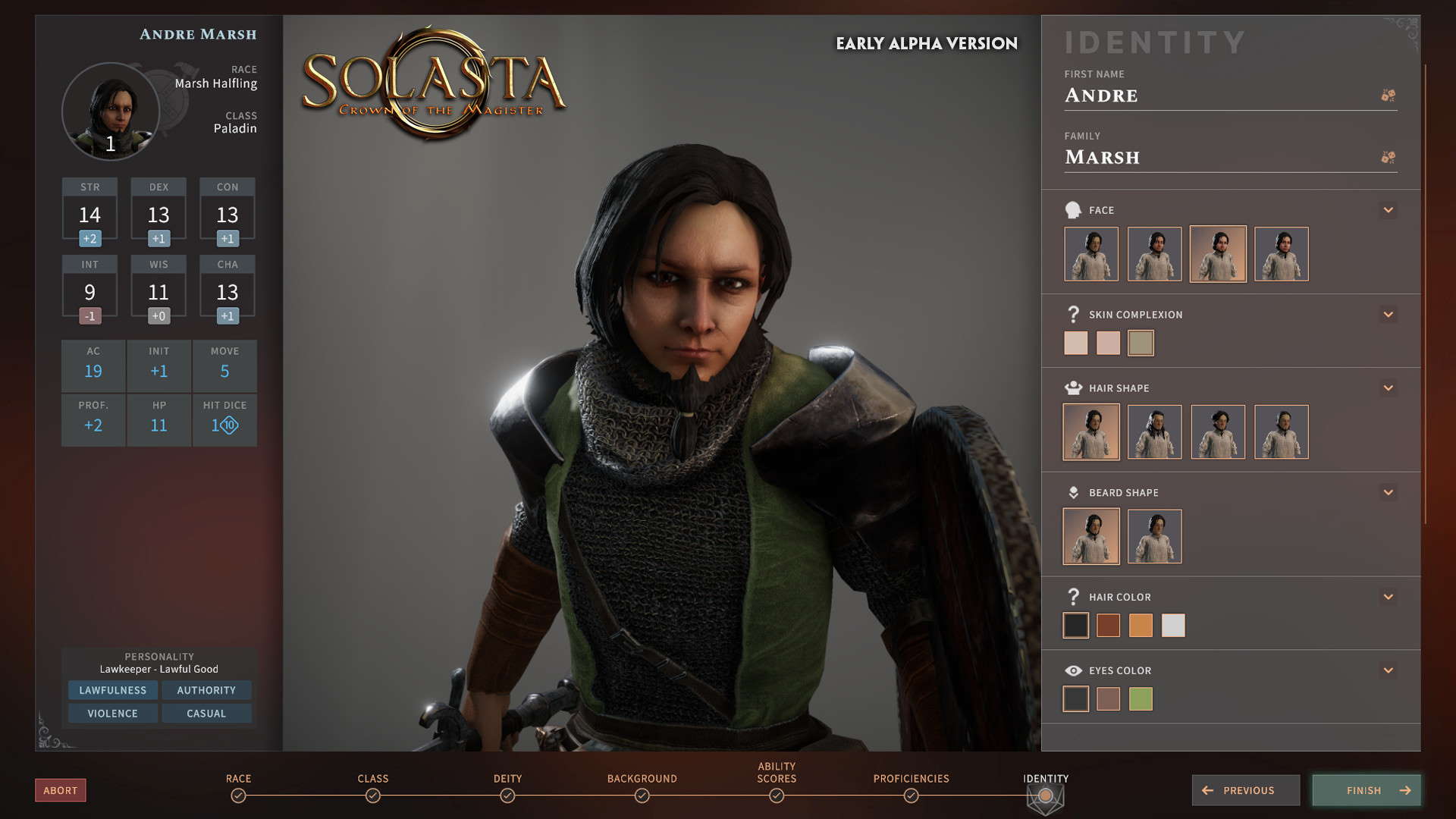 Solasta has a lot going for it, but does have a few technical and aesthetic issues. There were a few instances throughout the game where my view of conversations would just show a close up of a texture as the scenery blocked the camera. The environments in general are pretty impressive, but the same can’t really be said of the basic (and slightly odd looking) character models. The voice acting is definitely a mixed bag too, but ultimately very little of this detracts from the engaging tactical gameplay.

Solasta: Crown of the Magister is a love letter to D&D that tabletop fans and tactics game aficionados will really appreciate. Combat is very creative, with a lot of verticality and environments to interact with. With a huge fantasy quest to play through, and an almost unlimited amount of user content, Solasta will keep you busy rolling dice for the long haul.

Solasta: Crown of the Magister is an authentic D&D experience, with great tactical combat and plenty of deep systems to chow down on.