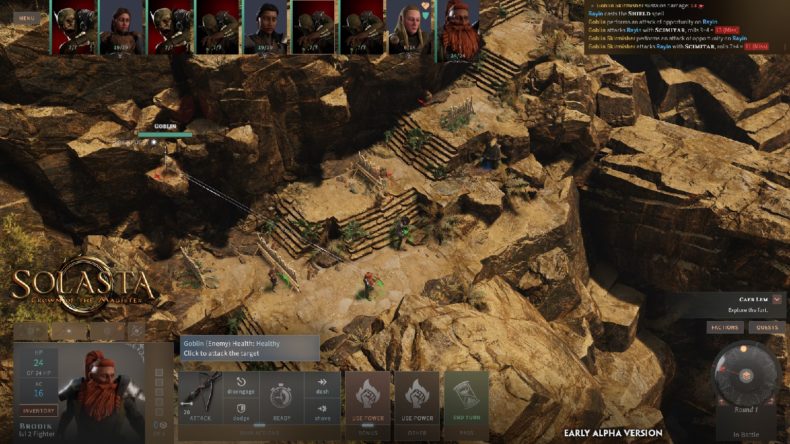 Before we talk about Solasta: Crown of the Magister, I’m going to say this outright: I’ve never played any Dungeons and Dragons. It’s not that I’m not interested in a bit of role-playing, but the opportunity just never presented itself. I’ve listened to D&D podcasts, played plenty of video games inspired by it, but never even held a D20. Although it doesn’t look like that’s going to change any time soon, at least I’ll soon have Solasta: Crown of the Magister to keep me busy.

I was lucky enough to attend a hands-off demo and Q & A session with developers Tactical Adventures ahead of the game’s release on May 27th. After seeing an hour of footage and hearing how passionate they are about making an authentic D&D experience, I think Solasta could be something special.

Solasta: Crown of the Magister: Hands on preview

On a traditional fantasy adventure, you’ll be guiding a party of four custom characters to locate and restore the titular crown. After the fall of an ancient Elven kingdom years ago, finding the powerful magic gems that adorn the precious headpiece will help restore balance to this world in turmoil. 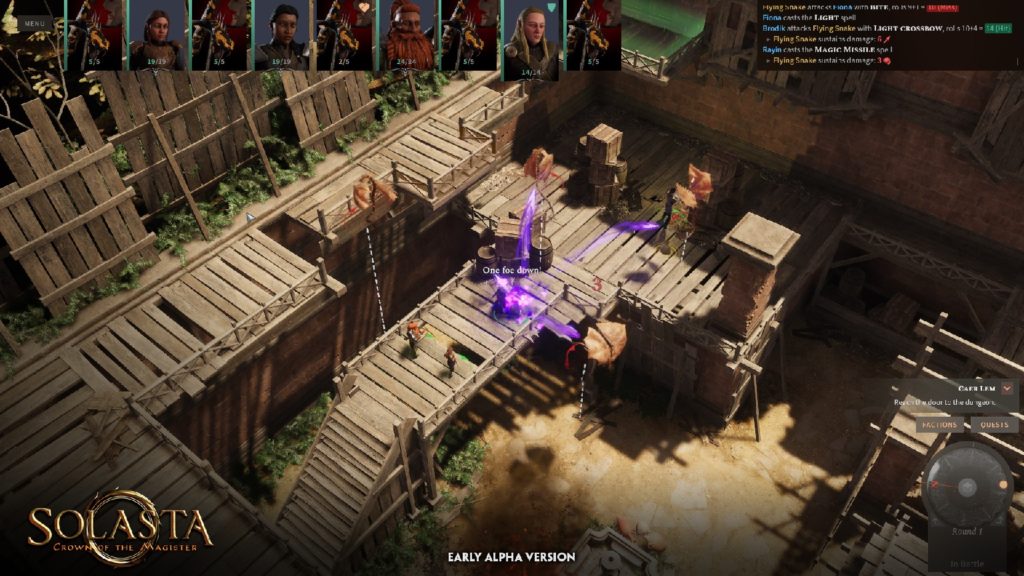 Character creation in Solasta: Crown of the Magister is a very in-depth process. After the simple act of picking a race and class, you’ll then be tasked with giving them a back story as well as personality traits. Each character’s personality will dictate how they join in the dialogue in the game, so a greedy Halfling will often bring up money, while a noble Elf may act aloof. Becuase you’ll have a team of 4 under your command, each will jump into conversations when appropriate for their character with nobody playing the “main protagonist”.

It wouldn’t be D&D without a hefty dose of stats, so prepare to sink some points into Strength, Dexterity and the other usual suspects. Applying base stats to characters can be done in a variety of ways, from dice rolls to simply inputting values. This means if you want to recreate your real world character it’s no problem, or you can just cheat and make the perfect creation, no judgement. 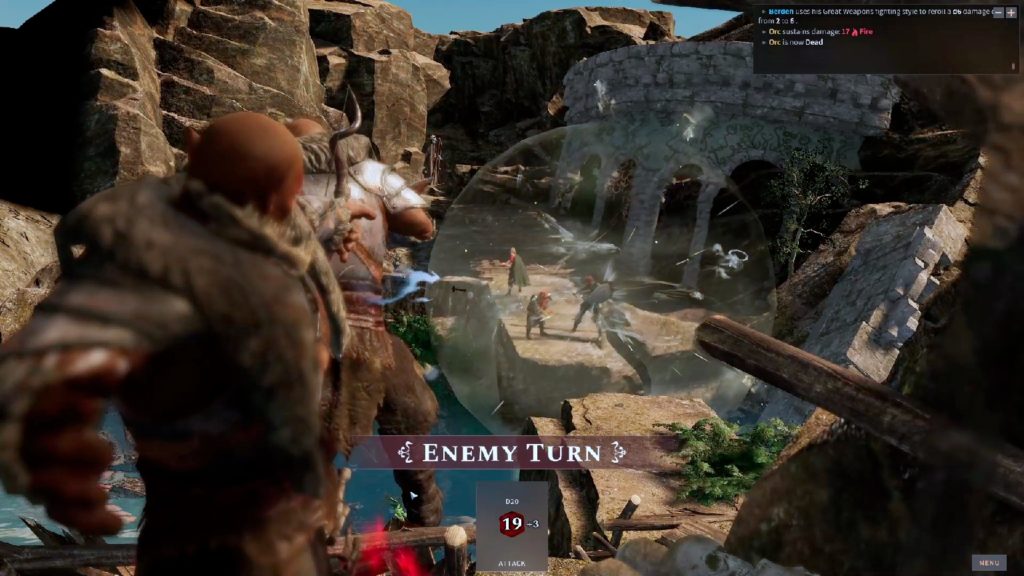 You’ll need all of these stats when the bandits and orcs come a calling. Battles are a turn based tactical affair, with mechanics lifted directly from the tabletop game. You’ll be rolling for initiative, making saving throws and casting magic missile against a range of foes, some straight from the Monster Manual as well as some homegrown beasties.

The most interesting aspect of confrontations comes from the use of verticality in battle. It’s easier to think of the environments as a Minecraft grid, which you’ll need to navigate to get the tactical advantage and aim full 3d area of effects. Add in teleportation and levitation spells, and you’ll be beating back baddies from every inch of the level. 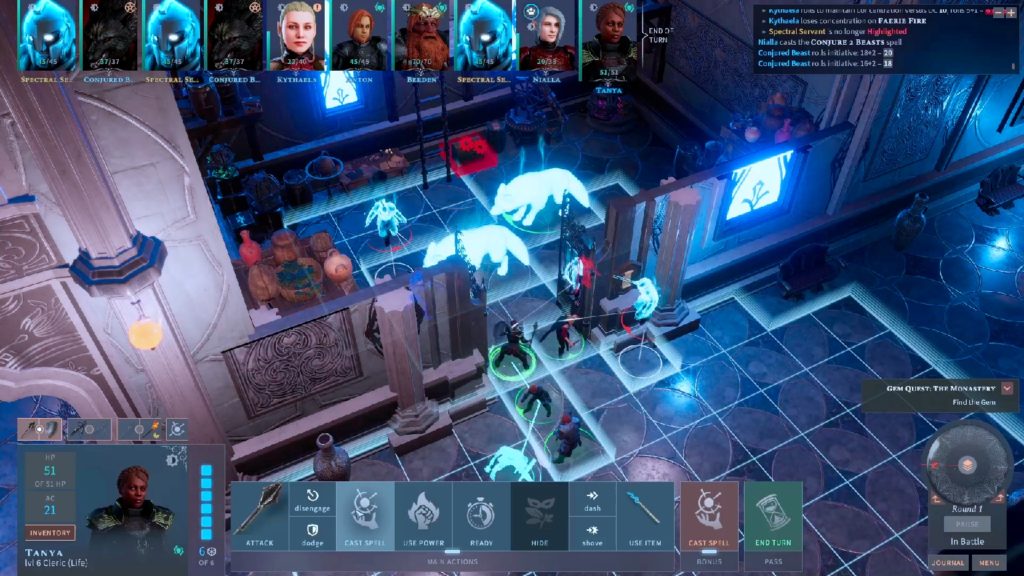 The most impressive part of the demo I saw was a boss battle against a masterful conjuration wizard. At the start of this encounter he was protected by 4 magical statues, as well as some lackeys. The enemies didn’t respawn if killed so could be picked off first, but any statue left alone shot lightning at your team. After navigating this balancing act with some flashy spells came a battle with the boss himself, who turned out to be a dragon. Beating back this fearsome foe was even harder, as Solasta incorporates Legendary actions from D&D to allow the hardest enemies to act when it isn’t even their turn.

There are a ton of other interesting aspects of Solasta: Crown of the Magister I could talk about too. The Bestiary keeps data on monsters you fight, and is updated with extra information each time you beat an enemy or when you read a book about them. Difficulty is customisable in a vast variety of ways, from giving yourself advantage or disadvantage on rolls to changing the toughness of enemies. Tactical Adventures seem to have thought of everything you need to make the game as accessible or inscrutable as you like. 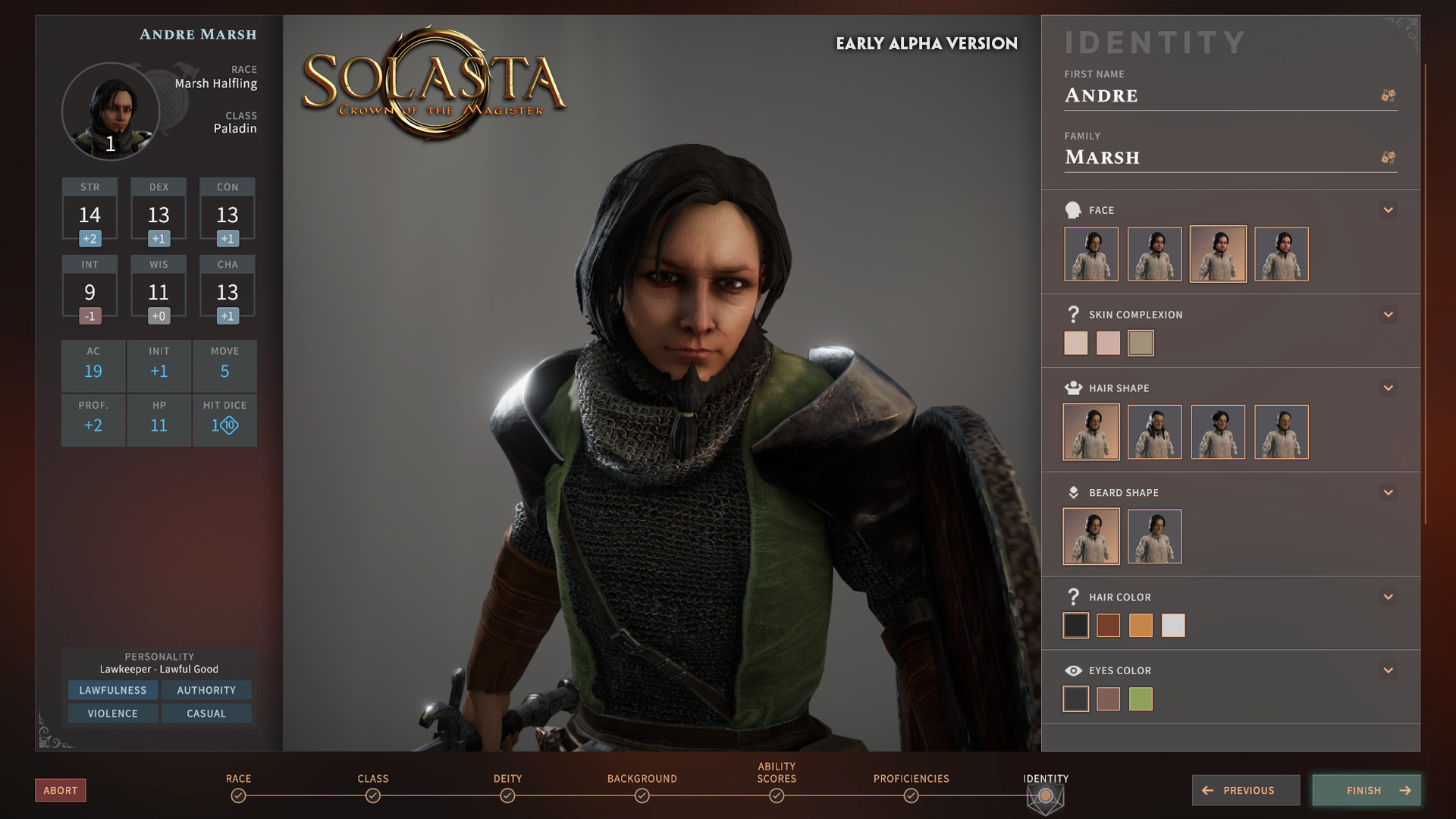 The last feature I was shown was the dungeon maker. This simple way to make user content almost didn’t make it into Solasta: Crown of the Magister, but fans begged enough that the team really wanted to add it. Making a dungeon can be simple as dragging and snapping some room pieces together and adding doors, traps and enemies, and the member of Tactical Adventures making a unique dungeon for me was able to completely deck out a couple of rooms in less than five minutes.

Solasta: Crown of the Magister UGC

That’s not to say there isn’t scope to make some truly impressive dungeons though. I was shown a user created level that used text lore to add a narration to their stage, and had created an experience that lasted 2 hours. Add that to the 40 hour campaign and you’ve got an endless supply of D&D content, with user stages available on Steam workshop as a tiny download. The dungeon maker isn’t complete yet either, with a long list of additions prepared for beyond launch like quests and merchants.

Solasta: Crown of the Magister is a love letter to D&D that I think tabletop fans and tactics game aficionados will really enjoy. Tactical Adventures have clearly been very community focused in their development, and have added (and are continuing to add) so many features that Kickstarter backers and Early Access players have asked for. I can’t wait to get stuck into my own adventure soon, and finally get to experience some role playing from the comfort of my PC.

MORE LIKE THIS
D&DDungeons & DragonsSolastaSolasta: Crown of the Magister