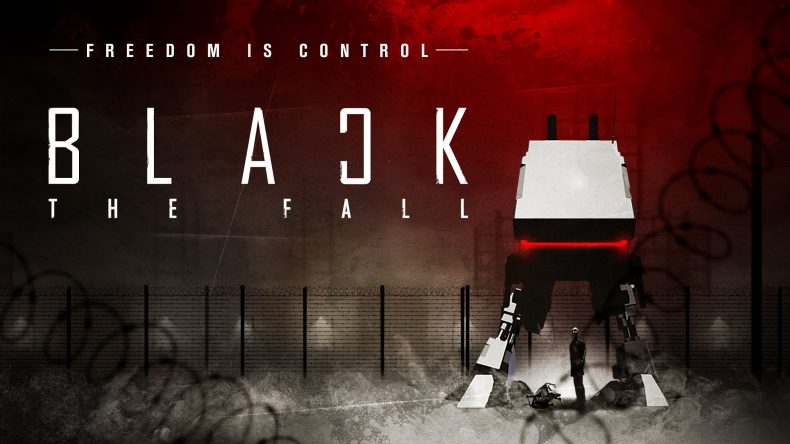 Games like Limbo and Inside have become quite popular, with their particular brand of dark and subtle storytelling (or obscure storytelling, if you’re a bit more cynically inclined) proving that you don’t always need big explosions and cinematic action to tell a good story. These games, plus the likes of Over The Moon’s The Fall and Thatgamecompany’s Journey, are thought-provoking and sometimes quite powerful, and Sand Sailor Studios’ Black The Fall is no different.

Developed via partnership with Square Enix’s Collective programme and a successful Kickstarter campaign, Black The Fall is a tale of oppression and revolution in a communist Soviet setting. As a disillusioned worker in the machine (the game doesn’t tell you this, you just infer it from context) you decide to break free and escape this life.

I won’t sugar coat it; the early stages of this game are filled with instant death scenarios. There are moments when I was convinced that the game wanted me to fail, in order to teach me how to proceed, and whether that was true or it was simply down to some questionable design early on, it caused a lot of frustration in that first hour or so. Luckily, pushing through that frustration yielded great results. There are some fantastic moments throughout Black The Fall, and its puzzles are both fiendish and strangely simple, so much so that you’ll often kick yourself once you work out the solution. Now, it’s no coincidence that I mentioned Inside earlier. You see, Black The Fall is incredibly similar to Playdead’s recent hit. Not to the point of being one of those iOS clones that clutter the App Store, but there’s a real similarity to the way the game plays, feels and even looks – if you didn’t know better, you could be forgiven for thinking that this game is set in the same world as Inside. It even plays the same, with its mix of side-scrolling platforming and puzzles. This is a good thing, however, and there is plenty of quality in Sand Sailor Studios’ game to justify that similarity.

The setting has some astonishing vistas, and its internal, industrial scenes are darkly beautiful, if a little harrowing at times. The pallette is mainly greys and blacks, but once you see the outdoor areas the colours are much more varied, although they have a muted quality to them in order to keep to the overall darker tone and aesthetic of the game and its themes. There are enemies too, though they tend to be one of two main types: cameras with angry red sensors, and brutish, humanoid figures with the same angry red sensors on their faces, almost giving them a cyclops look. Being spotted by either will result in the same meeting with the business end of a high-calibre machine gun, obliterating our poor protagonist.

Getting around these dangers comes through the use of a laser pointer, albeit a fancy one that can command certain people and machinery. Crucially, the pointer’s laser cannot issue commands through the sensors of your oppressors, as it will give away your position and you will once again see the fatal flashes of gunshots. This pointer is controlled via a cursor moved by the right analogue stick, which can be a little finicky when it requires pinpoint accuracy during moments of urgency, but it’s usually simple to use. Assuming you work out where its use is needed, of course. Much like its inspiration, it should be noted that Black The Fall contains some quite horrifying imagery due to the themes it tackles. The Romanian development team took real events from their country’s communist history and reshaped them, telling a story of a society forced to adhere to outdated laws, and breaking those laws would result in barbaric punishments that often result in torture and death. The story here is told via the world around you, which is rarely nice to you, and features no dialogue whatsoever. There is a silent film quality to the game, but only in the lack of speech. The ambient sound is incredibly atmospheric; whether it’s conveying the dark and sometimes claustrophobic moments of sneaking through a dystopian industrial complex, or the moments of quiet beauty in some of the outdoor areas, it’s always of high quality. Indeed, there is one moment that relies entirely on sound, so headphones are almost a necessity.

Coming in at around three-and-a-half hours, Black The Fall is a brief experience, but in its miniseries-like length it only really outstays its welcome by about thirty to forty minutes. That said, more intelligent players than myself will probably cut down that time by finishing it quicker than I could. This does reinforce my earlier point, that the puzzles are often simpler than you first realise, and that if I can finish it, anyone can. So, if you’re not into puzzle-heavy games, don’t let that stop you from enjoying Black The Fall.

Actually, “enjoying” probably isn’t the right word. Fun is not on the menu here. But much like you don’t necessarily enjoy watching a film like Silence of the Lambs or Schindler’s List, you do gain something from the experience, and it’s that same feeling you’ll have when Black The Fall’s credits roll.

Too many instadeath scenarios early on

If you can push through some frustrating moments during the opening hour, Black The Fall offers challenging puzzles with a thought-provoking narrative.