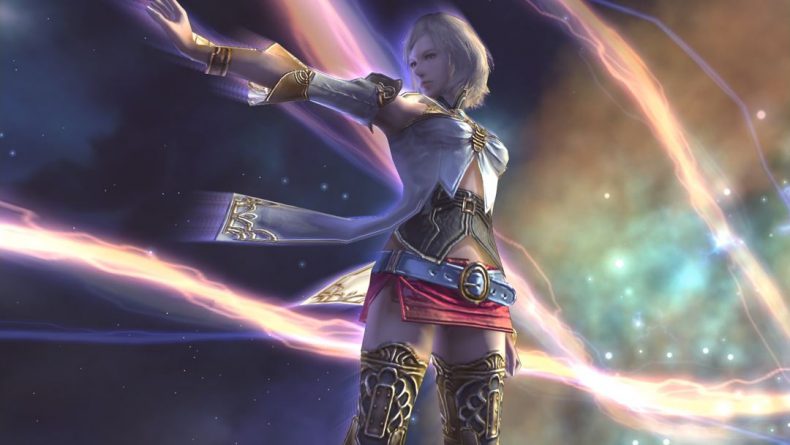 The PS4 is fast turning into a remaster paradise, with a considerable amount of historical PlayStation titles coming to the system since its launch. This isn’t a bad thing, many people now owning PS4s had never owned a Sony system before and this way they can experience some of the best titles from PlayStation’s past. This time it’s the turn of Final Fantasy XII, a game that literally changed how Final Fantasy games played.

In 2006 XII came hot on the heels of Square-Enix’s first foray into the world of MMOs the appropriately named XI, and it’s not only easy to see how the experience of XI carried through to XII, but you can see the game as the blueprint for follow ups XIII and XV. This isn’t just a shoddy remaster work either, like Square-Enix’s other old title updates there’s been a raft of additions to improve the gameplay experience, I’m not about to detail them all here, but the better ones allow you to speed up the game making the grind more palatable and to give your characters a second job board, giving them more abilities in combat and making sure that the experience is much more varied than before. The story follows Vaan, an orphan living in the city of Rabanastre, after a night of making mischief he finds himself embroiled in the political machinations of the Archadian empire alongside British pirate rogue Balthier, bunny eared Fran, dishonoured knight of the realm Basch and childhood friend Penelo. The game is structured like an MMO, a semi-open world with mobs roaming the areas who each have their own aggro ranges. Fights can take several hits to win, and attracting the attention of packs can lead to an untimely death if not managed properly.

To assist in this the Gambit system has been brought in, this is a set of commands for your party members to follow when in battle. If you want to, you can go through each person and manually get them to execute spells and actions, but setting them up a series of instructions is much simpler and altogether more satisfying. You buy new instructions from shopkeepers, but you’ll eventually work up from ‘heal ally when health is <50%’ to ‘Revive ally, remove poison, heal at x% and when all that’s done then you can attack.’ It requires some playing around to work out the intricacies and to make sure that instructions are carried out in the correct order, but when it all works it’s possible to not lift a finger in battles, even the character you’re controlling can have Gambits set giving you even less to do.

The work on improving the looks has done wonders for the game, and you’re looking at a 1080p presentation but at 30fps as that’s what the game originally ran at. Character models are well defined with faces and clothes looking outstanding at times. The detail as confusion sets into Vaan’s face, or as a rogue smile betrays Balthier’s normally straight features is exemplary work. The cleaner edges give the game’s architecture a new lease of life too, it’s easy to forget that you’re playing what was originally a PS2 game as some of the areas are massive and draw distances impress despite character pop-in.

It’s not all sunshine and roses, as with any remaster for a game two generations old there’s always going to be some drawbacks due to the assets used. Some of the larger textures can look blocky or blurry up close, but these aren’t all that prevalent for the most part, especially the rather expansive open areas. There are also CGI scenes where some are grainy or suffer from macro-blocking issues, while others are crisp and clean. I obviously don’t expect a team to go through and clean every texture and re-do every CGI, but it would be nice to see a level of consistency applied throughout, all things considered we should probably be thankful that the assets were available to apply them as originally intended, as game archiving is still a much overlooked section of the industry. There’s a lot going on with the game’s story, treason, murder, deception, doppelgängers and more, the characters are a decent bunch keeping all the exposition moving along at a fair lick (Balthier alone speaks incredibly quickly that it can be hard to keep up). The thing is, as the Final Fantasy games have gotten further away from the likes of VII and (my personal favourite) IX they’ve become a bit more po-faced and this is no exception. The story’s intriguing, granted, but the voice acting makes it all a bit uninteresting, it’s hard to care about a fight against a giant fire beast when it’s introduced with all the aplomb of a county fair raffle winners announcement. We’re no strangers to bad voice work, and this isn’t the worst example, but it does bring big scenarios down a tad.

Keeping alongside the sound angle a special mention needs to go to the music, you get a choice of the original set of tracks, or you can have the remastered version playing. Both sets of music are strong and it’s not the sort of thing to make or break this as a package, but it’s a really nice choice to have and highlights the care and attention that has gone into this.

This really is what a remaster should be, not just faithful to the original, but one that also goes out of its way to improve what had gone before. Gameplay tweaks and improvements, graphics enhanced, more music and they even fixed the stupid way you unlocked the game’s secret weapon, an odd set of specific things you had to make sure you didn’t do that was infamous even amongst those who hadn’t played the game. This all adds up to a fantastic package that goes beyond what we would normally expect from a title that falls under that dreaded ‘R’ word.

Put aside any misconceptions you may have about the idea of re-selling old games in shinier coats, this is no lazy rehash and it was always a dang fine game to boot!