previous
Candle: The Power of the Flame Review
random
next
The Persistence Review
1 like 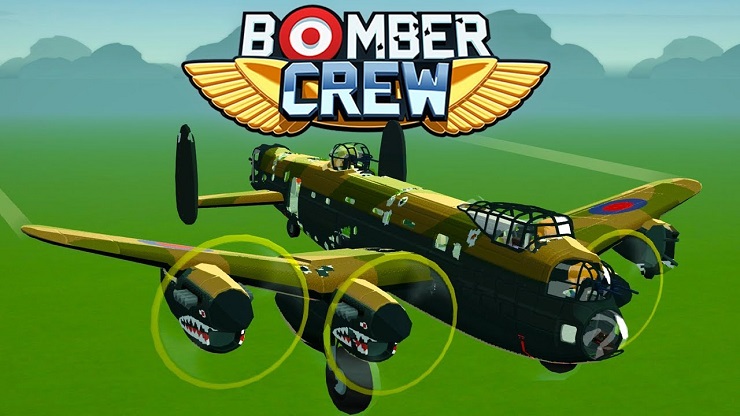 There have been plenty of sim/management games on mobile over the past couple of years, usually to differing degrees of success, however, there hasn’t been too many on consoles and PC. That’s where Bomber Crew steps in. Released on PC back in October to critical acclaim, and released on console earlier this this month, Bomber Crew is an impressive accomplishment when you take into account that the entire game was developed by a company – Runner Duck Games – which consists entirely of two people. A programmer and an artist.

The truest definition of “Indie” that I’ve heard in a long time.

Bomber Crew, as the name would seem to suggest, has the player taking control of the crew of your very own bomber. It’s World War 2, there’re enemies all around us and it’s up to you, and your crew, to gather intel, destroy enemy aircraft, perform bombing runs and attempt to rescue other soldiers. Basically the fate of the British Isles rests on your shoulders. No pressure then. The first thing that players will notice about Bomber Crew are the visuals. The low-poly models are what we’ve come to expect from this style of gameplay, however, that doesn’t mean that it feels overly done or too easy. What it does feel like is that this art style is adding an immense amount of vibrancy to the game’s world, whilst also stopping the player from concentrating too hard on the visual aspect. The crux of the game is in the gameplay and the visuals, using this low-poly style, seems to funnel the player’s attention towards that end.

The gameplay in Bomber Crew revolves around managing your crew inside the aircraft while you go about the set mission. There are often a multitude of different things that need doing at any one time, and it’s your job to manage the order in which things are done in an attempt to attain the best results. For example, a mission early on in the game tasks the player with dropping supplies into the ocean near an Air Force pilot who had previously crashed while defending the Channel. Sounds simple enough, right? The difficulty – and the fun – comes from the fact that in order to do that, you first have to ask the pilot to take off, then raise the landing gear, then get the navigator to plot a course (multiple times, as the course keeps changing), then get the bomb operator to open the bomb bay doors, drop the supplies and reverse the process to fly home, all while having your gunners defend the aircraft from enemies, and have your engineer fix problems and perhaps resupplying the gunners with ammo, should they need it.

Starting to sound like it requires significantly more focus than your usual “drop some supplies” fare, isn’t it?

Outside of the actual flying portion of the game, the player is tasked with managing their crew back at base too. Recruiting new members should the unthinkable occur and a crew member gets killed in action whilst out on a mission. In order to recruit new members, you’re presented with a line up of possibilities and you pick one. There’s a layer of customisation here too, as once you’ve picked someone, you can modify all of their personal details to reflect anything you want. You could have an entire crew made up of your family members if you wanted. Although I don’t know what that says about you when you eventually wipe them all out through a bad tactical decision whilst out in the air.

Along with the recruitment of your crew, you’re also in charge of training them in the different aspects of their role, and dressing them. While you’re out on missions, you’ll earn money and intel, the latter of which will unlock different clothing and armour options, and the former will – obviously – allow you to actually purchase them. It’s then up to you to outfit your personnel with equipment before you send them out into the field. Each of the items has a different statistic attributed to it, some of them will increase your crew’s health, others will increase the armour, among other things. Basically, you get the opportunity to micromanage every single aspect of your crews setup before you send them on a mission. This, in a similar vein to XCOM, gets you personally invested in your crew’s survival; it genuinely hurts when one of them kicks the bucket while they’re on duty. Customising your crew is one thing, but the game’s title is “Bomber Crew”, not just “Crew”, so why not customise your bomber too? As with the crew, there’s a whole plethora of customisation options available to the player. Colours, armour, livery and even the ability to write messages down the side of the aircraft. When you’re in gameplay, you won’t see much of the customisations, due to the side of the plane being taken away in order for the player to be able to see – and interact with – the different members of the crew, but it’s still fun to see your bright orange bomber, plastered with images of your face and crude remarks printed down the side in six foot letters when you’re parked up at the base.

The biggest negative I came across while playing through Bomber Crew, came mostly from the platform that I was playing on. The Nintendo Switch, especially when you’re playing in the handheld mode, has a perfectly functional touch screen available to you, however, Bomber Crew doesn’t utilise this in any way. It feels as if getting crew members to go to certain places, as well as pressing some of the game’s gloriously big buttons, would feel a lot more user-friendly if I could just have physically pressed them. Sadly, this wasn’t the case, and I was left with just the usual controls of moving a cursor around the screen. Not the end of the world, but a little bit of a disappointment given that the touch screen comes as standard with the Nintendo Switch.

Bomber Crew is an amazing accomplishment for a team of just two people. It’s an enjoyable, well thought out, and immersive little game that will scratch most people’s micromanagement itches. Having mouse control on a PC version might be advantageous, and therefore the way to go with a potential purchase, but the portable nature of the Nintendo Switch means you can take your crew everywhere you go. Win-win.

Bomber Crew launches on July 10 for Nintendo Switch, Xbox One, and PS4