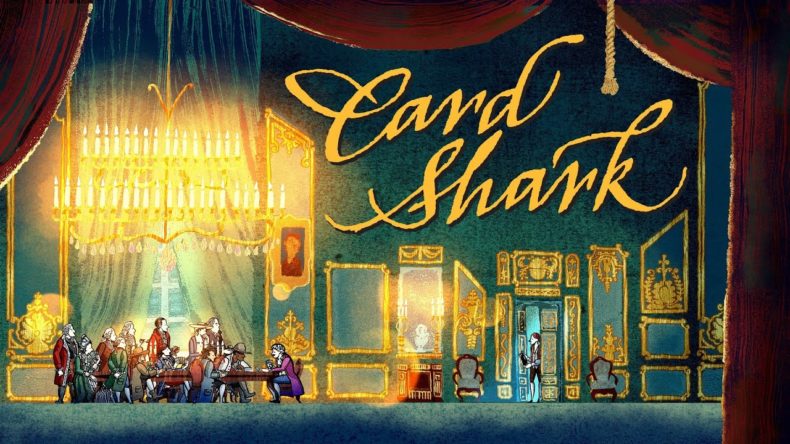 There’s something about a silver tongued con artist that appeals to the masses. As children we are taught that lying and cheating is a bad thing to do, but it turns out that lying and cheating is also pretty darn cool. Using deception and trickery to accomplish a goal isn’t always evil though, magicians are essentially just stylish liars and if everybody has a good time then what’s the harm in a little fibbing? Card Shark is a game about cheating and lying for the greater good, and is one of the most inventive games I’ve played in years.

As a mute man trapped in an abusive relationship your life isn’t exactly fantastic, so when the Comte de Saint Germain asks you to help him cheat in a round of cards it seems like a pretty exciting idea. It turns out that this decision will change your life forever, force you from your home and off on an adventure that’ll take you to the highest society of 18th century France. There are many secrets to uncover about the corrupt upper class aristocracy, and the Comte is determined to bring down these posh villains the only way he knows how – by cheating at cards. 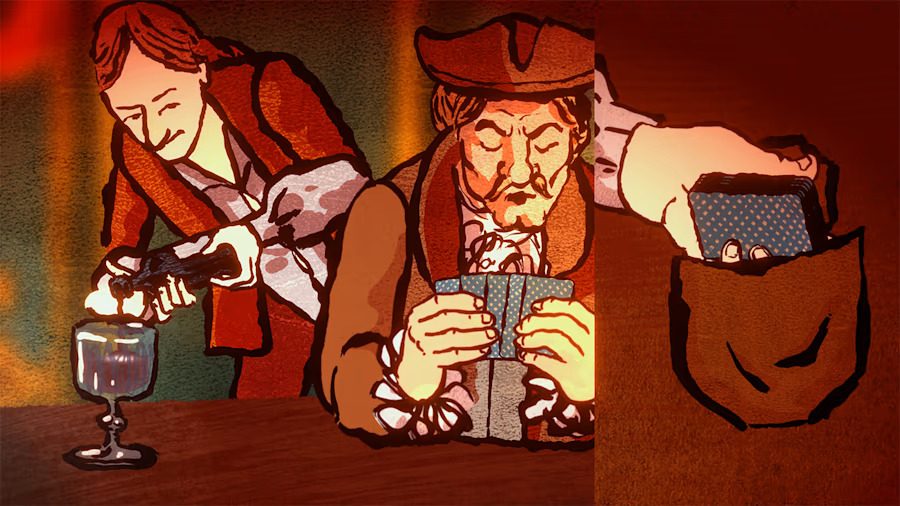 Throughout Card Shark you will learn all manner of techniques to rig a game of cards in your favour, ranging from simply hiding a card in your palm to stacking the deck so the Comte has an unbeatable hand. The sheer variety is incredible, and you’ll spend much of the game in the back of a carriage with your tricksy mentor learning how to cheat effectively.

The very first technique you learn for example is how to peek at someone’s cards while pouring them wine as a waiter. This involves quickly checking which suit is the most prevalent in their hand, while pushing the left stick to pour wine. Pour too slowly and they’ll get suspicious, but take too long checking cards and you’ll overfill the glass and ruin everything. Once that first step is complete you make sure you’re in full view of the Comte and pretend to mop up a spill by moving your cloth in a specific motion. A clockwise circle means they have a lot of hearts, whereas an up and down motion represents diamonds. It’s a tricky system to wrap your head around, but when you pull it off you feel like a criminal mastermind.

Things only get more complex from there, as you learn about stacking decks. Usually this involves finding a high value card for the Comte, then shuffling the deck in a way that ensures you deal it to him next. You’ll learn a load of methods to do this, and be told which is the most suitable for the situation. Most of these involve the real life magician technique of injogging a card (leaving it slightly poking out of the pile of cards) then shuffling and cutting the deck so that it ends up at the top. You’ll spend a lot of time pressing different directions on the left stick to manipulate the cards so this happens, and eventually you’ll score some serious coin and maybe a secret or two from your victims. 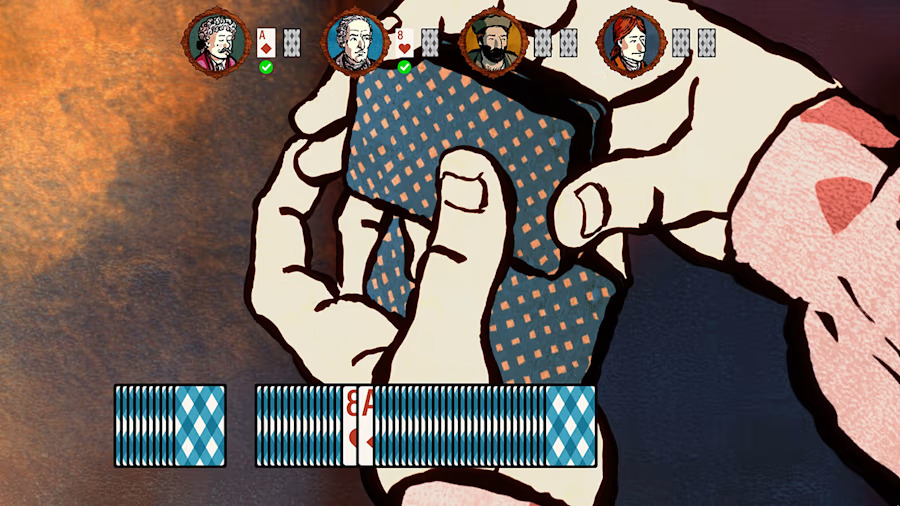 Although your main goal is to uncover all the corruption, it’s also important to make as much bank as possible. At the campsite you call home, a man called “The Magician” uses any winnings you donate to help those in need. This means you’ll want to empty the pockets of as many aristocrats as possible on your adventure, preferably without getting caught along the way.

As you’re performing a technique on a bunch of marks, a suspicion meter will slowly rise at the bottom of the screen. The longer it takes you to shuffle the deck or deal the cards, the more likely it is that you’ll be caught. When you’re desperately trying to gather an Ace for the Comte it can get incredibly tense, and if you’ve upped the bet then your victims will be even more likely to smell a rat.

To become proficient at all the techniques you learn it takes a lot of practice. You’ll be walked through each new deception step by step by your lovable rogue of a mentor, and asked to demonstrate along the way. It’s a long process, and will often require you to practice a few times before proceeding so you don’t lose your cool when performing it live. 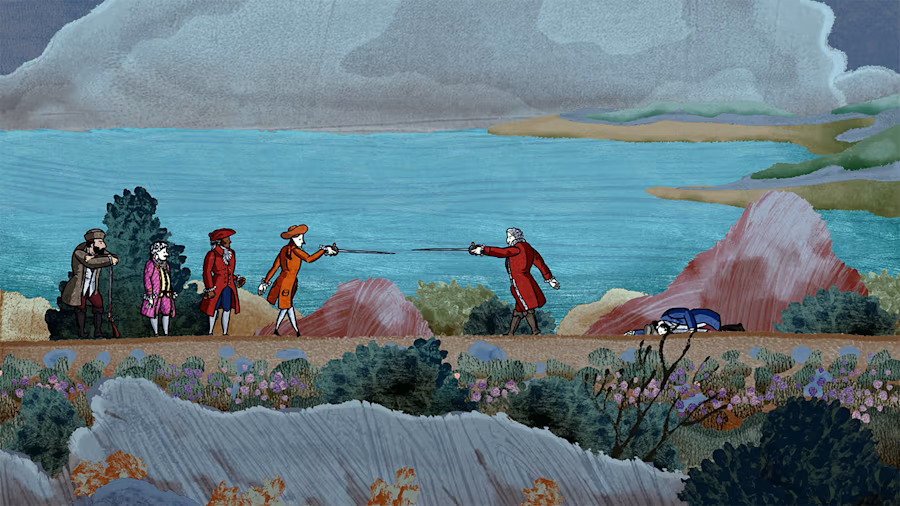 This practice becomes all the more essential when you start chaining different techniques together to pull off even more impressive cons. Using everything you’ve learnt along the way, the late game of Card Shark involves switching up all of your shuffling, stacking and sneaky tricks to deceive your foes. It’s easy to get frustrated if a particular technique doesn’t click with you, but thankfully there’s also a hint option to give you a nudge in the right direction when you need it.

It’d be criminal not to mention the art style of Card Shark. The layered, hand painted style is absolutely gorgeous, and suits the historical French setting perfectly. Alongside the visuals there are some lovely jaunty tunes in the background to accompany the deception, it’s just great.

Card Shark is one of the most interesting and unique games I’ve ever played, with gameplay that makes you feel like a master con artist. It’s just so satisfying to pull the wool over the eyes of the corrupt high society, and the narrative, visuals and gameplay compliment each other perfectly. As long as you don’t mind the barrage of lessons and practice that are required, you’ll have a great time stacking the deck in your favour.

Learning techniques takes a lot of practice and patience

There’s not another game even remotely like Card Shark, and as long as you have the patience to learn its tricks you’ll be delighted by its charm.