previous
Clan O'Conall and the Crown of the Stag review
random
next
Watch Dogs: legion - Bloodline review
1 like 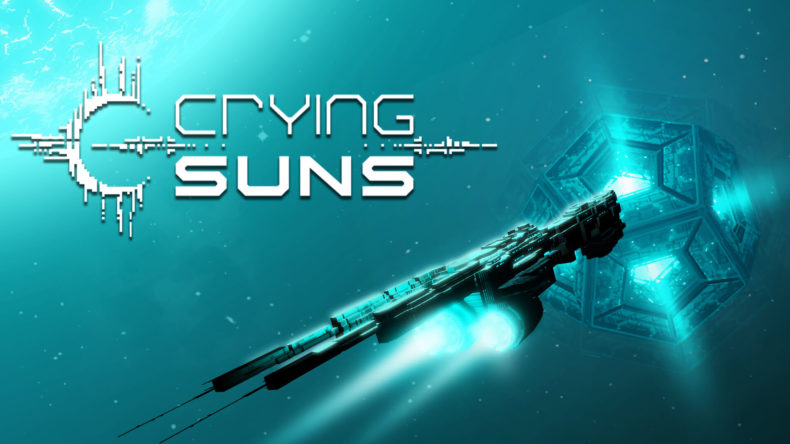 Crying Suns, from developer Alt Shift, is a tactical roguelite RPG set in the far future. In it, you take on the role of Admiral Ellys Idaho – or rather, one of his clones. With your progenitor dead, you’ve been awoken by a sophisticated AI. Now your task is to re-establish contact with the Galactic Empire, a 700-year-old civilisation that has recently gone dark. The AI, Kaliban, is an OMNI, part of a race of subservient machines who exist to help humanity. That doesn’t stop it repeatedly sassing you, though.

Each time you die and are re-cloned. Then the procedurally generated campaign begins afresh, with new locations, encounters, and choices to make. Your fractured memory is a good excuse to have Kaliban dish out exposition, too. You’ll be constantly bombarded by decisions that need making, from whether or not to engage in a given battle, to whether you should investigate a distant anomaly. Sometimes you’ll come across other ships and settlements in the darkness of space, and will need to decide whether to share, trade, or attack. 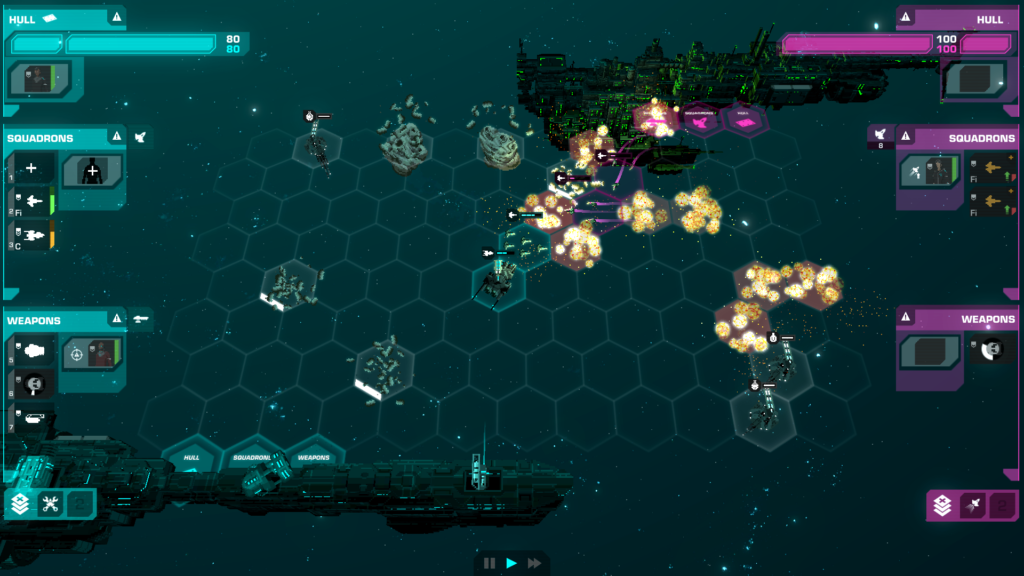 Alt Shift do a pretty good job of making you care about each decision. You can’t tell what’s going to happen until you commit, so you’ll never know if you’re about to be rewarded or punished for taking a chance. There’s a grand “space opera” feel about it all, as you interact with your crew during snatched downtime, and Kaliban waxes lyrical on the history of the Empire. The writing is decent, though the plot itself isn’t overly exciting. For the most part you’ll be jumping from one sector or solar system to another, investigating signals or scavenging vital Scrap. Often, you’ll be forced to fight for survival.

You assign different NPC companions to different roles in your crew. For example, you’ll have someone in charge of your onboard weapons, and someone else commanding your squadron. Combat is grid- and turn-based, which gives you plenty of time to think and plan. The enemy will scramble fighters while its larger weapons charge, and you’ll do the same. Your squadrons will need to intercept the enemy to protect your command ship, but once your powerful primary cannons are charged you can unload massive damage on the enemy. 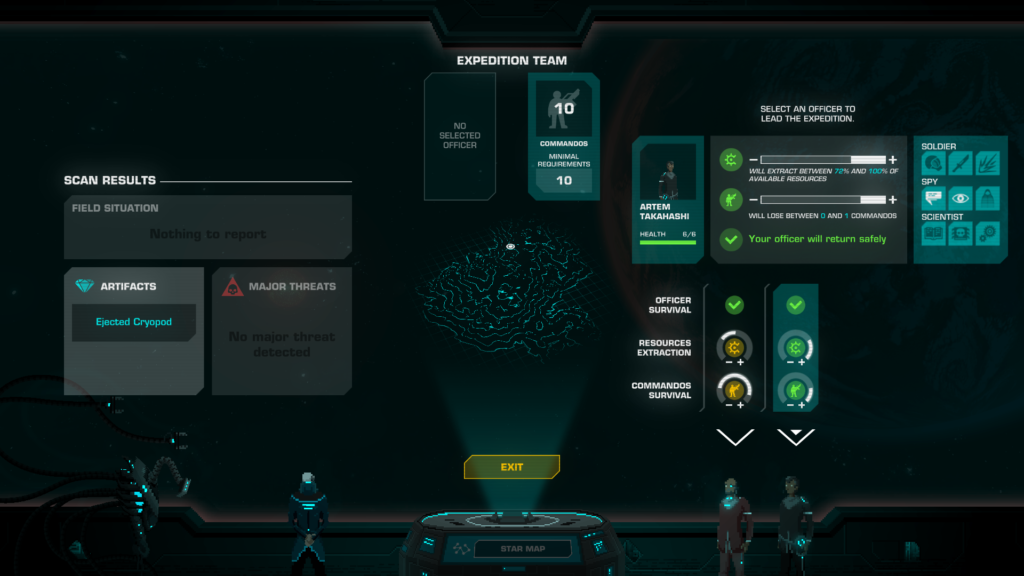 Various weapons, abilities and ship types will became available as you progress, allowing for varied tactics against some of the tougher enemies. The encounters go fairly quickly from manageable to super difficult, and you will fail often. Of course, certain things will stay with you when that happens. You’ll feel a sense of progression even when you’re losing, but Crying Suns never gets easy. As you dig deeper into the fate of your once-beloved Empire, you’ll begin to care about its history and about your relationships with your crew.

It looks and sounds wonderful, too. The 2D pixel art has a modern feel to it that’s always welcome, and the soundtrack is impressive. I rarely get too into a game’s soundtrack, but I found myself really enjoying the music in the background of Crying Suns. It’s essential to maintaining the atmosphere, as a lot of the slower portions of the campaign require a lot of reading and info intake. 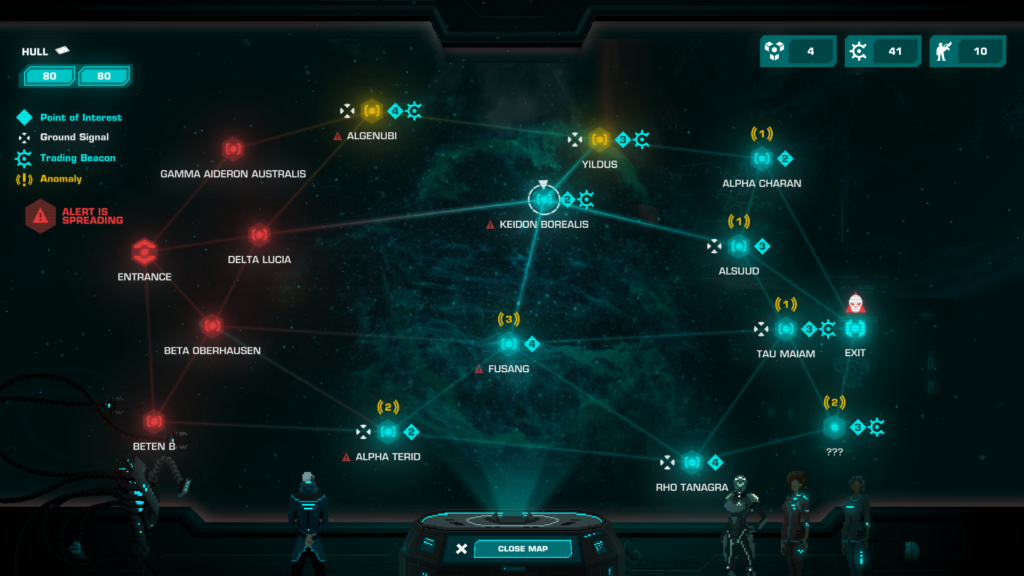 If there’s an issue with the Switch version it’s that on the smaller screen, the text is tiny. There’s a lot of data on the battle screen in particular. Those who struggle with this may have trouble here. It’s well-presented, but tiny text can be an issue for many. I’d have also preferred some touchscreen integration. This is something sadly missing from many Switch ports, and Crying Suns is no different. It’s a shame, because it would have made navigating the menus and combat scenarios easier and smoother.

As a tactical rogue-lite, Crying Suns feels kind of unique. It has some things in common with FTL (Faster Than Light), but really it’s very much its own beast. The story is intriguing if not overly compelling, but the moment to moment gameplay, expeditions and choices make it a worthwhile adventure to undertake.

As a tactical rogue-lite, Crying Suns feels kind of unique. It has some things in common with FTL, but really it’s very much its own beast.