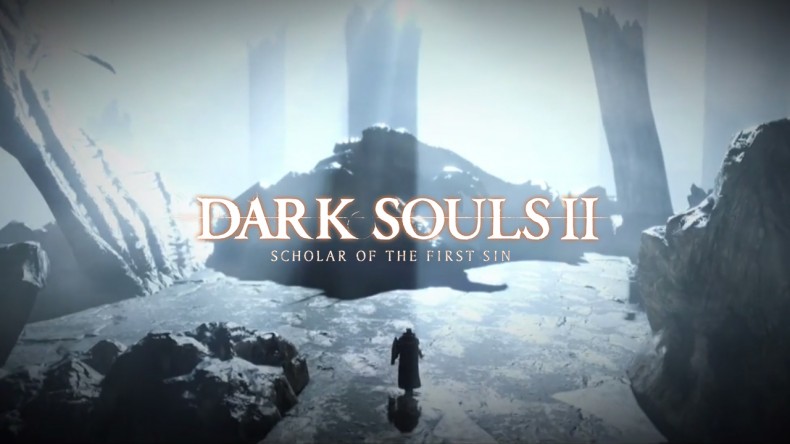 The Souls series is the ultimate quest for arrogance. Arrogance that you wear as a badge of office. From the humble beginnings starting as someone who approaches every encounter with shield raised against simple foot soldiers, through to the point where you are playing the game in a particular order so you can collect that armour set or beat that boss only using that dagger, naked. It is a game designed to be mastered. No challenge or rival will stand in your way of the end game. Eventually you will dominate all you meet, armed with total knowledge of how the game works.

Even though the sequel followed that same path, some argued that Dark Souls II strayed slightly from the formula, and that it was not as pure as the original game. Some spoke of uninspired samey boss fights and a lack of a cohesive interconnected world. Most of us had our slight complaints, yet still put in countless hours into the game, because for all of the faults, it was still an utterly brilliant experience.

The Scholar of the First Sin brings all the previous content from the Crowns trilogy of DLC (Sunken King, Ivory King, Old Iron King), including updated item descriptions and a graphical overhaul of the game. It aims to use the graphical power of the next generation to show you how good Dark Souls can look on the latest consoles.

It also does a fine job of repeatedly wiping that arrogant smirk from your face.

It might seem strange to launch this version so close to the Bloodborne release, though it’s worthwhile remembering that Microsoft needed to pull something out of the bag in order to prevent the possibility of a defection over to Sony’s shores. PS4 owners should give some consideration to taking the trip back to Drangleic and Majula anyway, simply because of what has been achieved.

Those first couple of tentative steps are a mixture of nostalgia and excitement. Nostalgia because you have been here before, and excitement because everything has a renewed sharpness to it. I spent some time exploring the opening Betwixt area, I was slightly disappointed to see that everything was as in the first game until I left the three old women in the cottage. Then there are the first of many little surprises. The surprises just keep on coming.

The game moves like a Zweihander through melted butter. The Souls engines have been known to be clunky, even frustrating with slowdown. What you get here is 60fps. Sixty Frames per Second. Everywhere, without fail. It is a sight to behold when you begin to play. Combat increases in intensity. All of a sudden the lumbering hollows have a turn of speed, as do you. Fights become rapid exchanges of skill. It is suddenly fun to battle groups and react as your muscle memory wants you to. It almost borders on disconcerting how quickly you can spin the camera around you to seek the next target. It means a relearning of the parrying system again, in some cases relearning how you approach certain areas of the game, where your footwork needs to be slow and steady. Once you get used to it, it really is a case of business as usual.

In this case I mean Souls-business as usual. From have pretty much changed everything you have played before in Dark Souls II. This is Dark Souls putting you back in your place; this is them taking the glass badge of arrogance and crushing it underfoot, then forcing you to walk on it, shield up and taking the game a step at a time. It feels remarkably fresh considering these are places you have probably explored a hundred times previously. This is the genius behind the decision to not just take a graphics engine and give it a spring clean. In essence you have a new game in your hands. Enemy intelligence and movement has been improved as well as their need to hunt you down. Remember the entrance to the Forest of the Fallen Giant’s main bonfire and the guy that was standing around the left corner just waiting to be killed? He doesn’t wait for you anymore. He’s on you as soon as you get to the door. These guys are now hitting hard and fast and will take you down if you aren’t careful. At the same time, From have fixed the issue where overhead smashes from enemies seem to follow you wherever you roll to. There are so many additions to the areas that you will play through. Many will fundamentally change the route you would normally take through the game, and these allow Scholar of the First Sin to have its own speed run challenges – though at the same time, it doesn’t betray the series’ prime goal of being tough but fair. For some locations there has been an increase in the number of items you can find to assist you, normally surrounded by a group of enemies that you have to overcome.

There are elements that still grate and annoy. Durability once again rears its head to present its own challenges, and many times a flawless run through a section can turn into a panic dash to the next bonfire because some of the weapons seem to be built of plastic instead of tempered steel. It wasn’t something I was expecting to be fixed, but a small change to this would have certainly helped to remove frustrations for levels where you are essentially fighting large numbers of enemies one after another. Your successful sword skills are being punished for charging onwards, rather than exercising caution.

NPC fighters have been given an extra couple of points of intelligence and no longer act like damage sponges and distractions for you while you get on with the job in hand. For one of the boss fights, they stormed in like Tarkus from Dark Souls and gave the boss a right royal seeing to while I stood on the side lines having a cuppa and a well earned rest. Invading NPCs will wipe the floor with you if you take your eye off the ball for a second. Again, this only demonstrates that From are looking to not only remaster a game, but to improve vastly on the original.

It takes complete confidence and conviction to release a remaster and make substantial changes against a stable mate that is garnering such high praise. From Software have not only taken Dark Souls II and polished it until it gleams, but they have made so many changes to the original’s core that even seasoned veterans of the souls series will relish the new challenges this version brings. There are surprise moments around every corner, some that will make you smile and others that will fill you with trepidation.

Of course it still won’t suit everyone, and it won’t change your opinion of the Souls series either. But for everyone who does play them though, this is how you make a remaster – this is brilliant.

Watch our archived live stream of Scholar of the First Sin.

Graphical upgrade is outstanding.
Enemy AI has made this even deadlier.
Online works without hitch.

Durability causes occasional frustration .
It's possibly even harder now .
I don't have enough hours in the day.

From Software shows us how you remaster a game for a new generation of consoles.

You may also like
Bandai NamcoDark Souls II: Scholar of the First SinPC