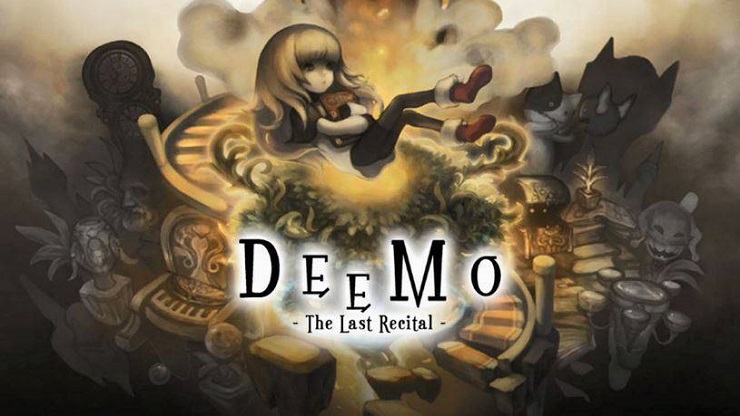 The PlayStation Vita is home to some of the best rhythm games out there through official localization and imports. I’ve been trying to make sure I play everything on every platform in this genre and thanks to the region free nature of most hardware, it has been a lot of fun getting to try out some more obscure titles. The latest release for rhythm game fans on the Vita is Deemo: The Last Recital and it is a lot of fun and has a ton of content.

Deemo originally released on iOS and Android a few years ago from Rayark and it was a blast to play on iPhone back then. They released an enhanced version of Deemo called Deemo: The Last Recital. This release has animated cutscenes, voice acting, more songs, and a 2 player mode. There was even a release in Asian regions including a physical release (that I own) for Deemo before it finally made its way to PSN in the West. Unlike most rhythm games that allow for various control schemes, Deemo is purely a touch based experience. This extends through the interface. You cannot use the buttons or analog sticks for anything here. I’m a little disappointed by this. While the core gameplay works fine (for the most part), navigating the menus would have benefited from button controls. The UI in particular hasn’t really been tweaked from the phone release and there aren’t bezels big enough on phones that make things feel awkward like they do here when you have buttons in the middle of the screen. The screen is very responsive though.

Deemo is a mysterious character who plays the piano. A girl falls into a world with Deemo from a trapdoor in the sky. As Deemo you play songs to grow a tree so the girl can return to her own world. The tree grows from the piano as you complete more songs and this opens up some areas to explore for additional dialogue. The voice acting is in Japanese and you do come in contact with a few other characters. Songs are split up into collections and the base game has little over 30 songs with a free DLC pack adding some more. There are collections available for purchase adding up to more than 200 songs. I’m a bit disappointed to not have everything included in this release, but the publisher has kept the price low allowing for extra songs to be bought if desired. The story told here is complete and requires none of the DLC which is nice.

Everything revolves around piano music here. The touch controls are responsive with audio feedback like a piano to your touch and every song whether vocals are included or not, feature the piano as the core instrument. This is great because I love piano music and managed to power through the mediocre narrative in I Am Setsuna thanks to the great piano score. I wish Rayark had put a bit more effort into the Vita version. The UI could have definitely benefited from some tweaks because phones don’t have extra useless (full touch so buttons are useless) buttons on each side of the screen making it a bit hard to reach the middle of the screen. Having more difficulty modes would have been nice as well.

Deemo: The Last Recital is a great beginner’s rhythm game. More experienced players of the genre might find things a bit too basic, but the music here makes it worth experiencing. If you don’t own a Vita, it is definitely worth checking out on iOS and Android as well. On the Vita the low asking price makes this an easy recommendation for anyone interested in rhythm games.

Deemo is a worthy addition to the Vita’s growing collection of music games.