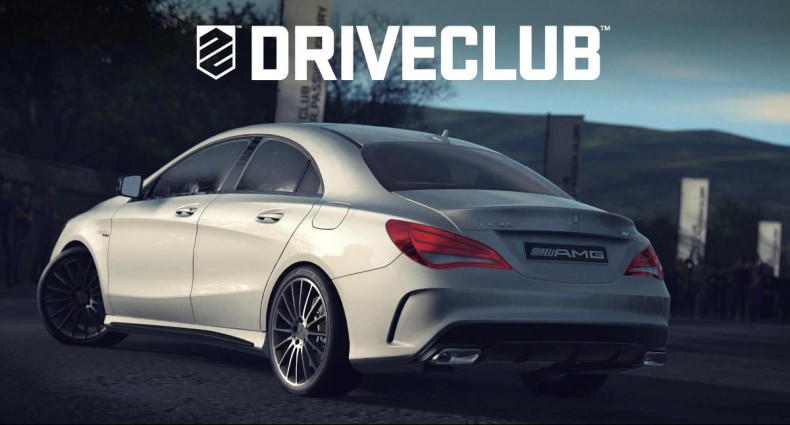 There is a misconception that speed makes the best race car. While being the fastest is important, it is nothing without consistency – you need to be able to trust the car, to know its limits before you can push it to them. It’s almost racing 101, and it’s worrying that DriveClub doesn’t know this.

You see, Sony’s flagship racer has an identity crisis. Half of it wants to be an arcade racer, with cars sliding sideways around corners, events short but so incredibly sweet; while the other half wants to be a serious simulator, forcing you to drive correctly on the perfect racing line.

Cars handle roughly as you would expect: Lotuses stick to the tarmac like glue, RUF-tuned Porsches twitch under braking and fly on the straights – but it’s a Need for Speed style realism. Drifting around corners is as quick as braking properly, hit the barriers and you’ll bounce off with no more than a bit of visual damage. Driver points reward you for this, and progression is fuelled by drifts and drafting. It’s a fantastic, instinctive thrill. But it’s spoiled by – if I’m being polite – questionable penalties. Hit a rival or the barriers and you’ll lose some of those Driver points – no big deal, normally between 100-250 a time from a total of several thousand. But shunt someone too hard and you’ll receive a speed penalty, limiting you to 50mph for a couple of seconds. Annoying yes, but it’s compounded by the fact it comes across as completely arbitrary. The length of the penalties varies, with no countdown telling you how long they will last, and sometimes you can hit someone deliberately without receiving one, other times you will accidently clip someone whilst fully braking and, and more than once someone has hit me from behind and I’ve been penalised. It’s so inconsistent it’s almost laughable.

The corner cutting penalties are worse. Depending on the track you can cut a corner completely for free, or stick two tyres over the white line and be slapped with a limiter. AI cars are never punished either, even when they cause you to spin out, and it all feels unfair. It means you can’t fully trust anything while racing, caution being the safer option, which would be great in a sim, but not what you want from an arcade racer.

These aren’t the only inconsistencies either. Run slightly off track at any point and a three second countdown timer appears in the middle of the screen, warning you that you’re about to be reset to the track (even though you can never go more than a few metres wide due to track boundaries and *shudder* invisible barriers). While over eager, it’s understandable; DriveClub wants you back in the action as soon as possible. Why, then, if you spin out on track and end up facing the wrong way, does the timer take seconds to appear? It’s quicker to bring the car to a halt, pause and manually reset. For a game so eager to deliver high-speed thrills it’s also confusing why it locks so many high-end cars out of your reach. There’re two unlock paths: event stars and Driver points. The former are awarded by completing race tickets, and unlock more tickets. The events – which vary from single race days, to championships for certain car classes – each have objectives to complete. Two or three per race, these task you with finishing on the podium, beating a lap time or completing a drift or speed challenge. They’re a bit of fun, more than the usual target of winning a race, and add some replayability to the single player.

Meanwhile, Driver points give you new cars and paint options for the extensive livery studio, and are earned during races. The cars themselves are divided into categories, from hot hatches to hyper cars, and as you progress through the single player events you’ll roughly unlock cars at the same rate. I say “roughly” because having finished the single player at around level 30, I still had several cars left to unlock. In fact I reached the hyper car events and couldn’t take part because I hadn’t unlocked the required cars yet. The second highest class suffers a similar problem, containing the most vehicles, but I’d only unlocked about a third of them before I’d finished all of their events.

Of course, this is to reward you for competing online. As well as the slew of races you’d expect, you can also band up as a Club, earning points in the same way as Driver points to move your team up the rankings, and you can set challenges for your friends, much like the drift objectives in single player, which will appear when they next race on that track. It’s a nice twist on traditional online racing, but it’ll still take a long time to unlock the very best cars. Even the graphics aren’t perfect. The cars look gorgeous, including lavishly detailed interiors – as do the immediate track boundaries – to the point where I’m willing to claim it’s the best looking racer on a console, but the backdrop in the distance can look muddy and low-res. This isn’t a problem when you’re tearing around at 100mph, but the intro to every race is a helicopter pan shot of the track from a distance, giving you a clear view of these poor quality textures. And as good as they may look, the tracks themselves are generic and you’ll never learn their layouts. Even their names remain a mystery, with writing on the menu screens too small to read from two metres away on a 32” screen.

If you can look past the inconsistencies, DriveClub is a great racer. In fact, they may make it better than its contemporaries; not knowing the track, what the car will do or how the AI will respond means you have to race by instinct, to constantly push the limits. And honestly, the adrenaline rush this gives is simply wonderful.

DriveClub is a racer that entertains despite its shortcomings, but suffers from an identity crisis