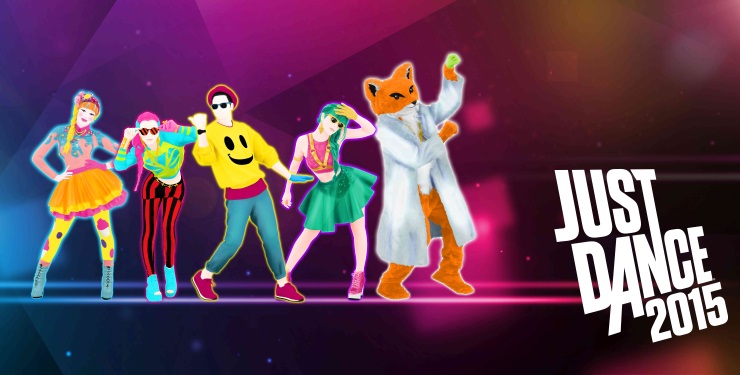 The Just Dance series is no doubt one of the biggest-selling gaming franchises of recent years. True, it’s sales figures have never really matched the dizzying highs that the first game managed – coming out of the blue to ride the casual gaming wave that accompanied the first Wii – but yearly instalments have reliably followed and expanded upon the formula. Of course, there is only so much that can be changed every year, so what makes this 2015 release unique, aside from the forty-one new songs and dance routines?

With the addition of World Dance Floor last year, which provides the option for solo players to still compete against others, despite there being no physical adversary present, what started as very much a party game for groups of players has developed into something that can be played socially even when you are by yourself. Just Dance 2015 tries to add some more layers to this experience, with virtual dance crews, themed challenges and more community options than before. The Xbox One version also adds the ability to track six players movements at once too, so even more players can join the party – although you would need a very large room to dance in!

One of the main new modes, Challenger mode, is available across most dance modes, whereby even if no-one else is online you can dance-off against saved high scores and performances from other players around the world. This does add an element of competition to even practice dances – which certainly makes proceedings a little more exciting, and gives you a target to aim for, without going up against live opponents. Of course, through World Dance Floor you can dance live versus other players too, but having the option to add challengers to other modes is a nice modifier that can change a simple one-off dance into a score challenge. All of the other usual modes make a return, with Karaoke mode rewarding you with bonus points for correctly singing along whilst dancing (which is frankly a bit distracting when you are trying to concentrate on the dance moves), the option to dance as back-up to the main player rather than performing the full lead dance, and Sweat Mode, a simple toggle that will track your calorie usage across pre-set or customised playlists, but sadly doesn’t offer any different workout other than the regular songs. Autodance videos have been more closely integrated to all modes now though, with your short, automatically-cut highlight reels now being very easy to upload and share after every dance. This feeds into Community Remixes of songs, whereby the development team will pick their favourite videos of the week to cut into a playable version of a particular song.

These are all good one-off modes, but Just Dance still lacks any sort of campaign or career mode to keep you returning again and again. Of course, World Dance Floor is supposed to fill that gap – with global leaderboards to follow, the Just Dance Wall to track and share your stats and achievements and themed challenges to take part in such as girls versus boys or country-specific teams. Perhaps because there is no campaign to play through, there is also no sort of tutorial or practice mode whereby you could actually learn the ropes and hone your skills. This ties in closely with my main criticism of Just Dance 2015. Despite the jump to next-generation consoles – what with their more advanced motion control devices and greater power – the actual mechanics seem to have made no real steps forward. The movement detection still seems quite loose and forgiving, which, whilst suitable for a part game where you want players of all skills to join in, doesn’t offer a very accurate reflection of the moves you’re performing either correctly or incorrectly. But more frustrating than that, the in-game presentation is simply still a pre-rendered character who performs their dance for you to follow, with no feedback on what you are getting right or wrong.

For instance, the Dance Central series from Harmonix will highlight the limbs of the on-screen dancer that you aren’t performing correctly, so that you can adjust your movements and improve accordingly. It also offers in-depth tutorial and practice modes, allowing you to practice songs and breaking down more difficult sections of dancing so that you can master them more easily. In Just Dance there is simply no feedback other than “good”, “bad” and so on. The flash cards telling you what dance move is coming next are also a little too simple and unclear, meaning that often the move that actually comes next bears little resemblance to what you imagined it would be. Of course, you can learn these through repeat playthroughs, but it does make following the dance routine very confusing. Just Dance 2015 remains a party game at its heart. New additions and expansions to the formula try to make the title more enjoyable as a solo pursuit too, and to create a more competitive atmosphere, but the lack of any solid career to progress through, no training mode to practice in, and the reliance on simplified dance mechanics simply confirms the casual nature of the game. By now I would have hoped for some sort of development and evolution in what Ubisoft are offering.

Of course, many fans of the series will be perfectly happy with this, as Just Dance 2015 delivers more of the core gameplay that they have come to know and love. As a party title Just Dance still provides quick access fun – which is no longer limited to those playing with a group of friends – but the improvements year on year don’t necessarily justify an automatic upgrade, when the release of an add-on song pack at a lower price may have proved just as popular. This dancer has still got the moves, but could do with learning a few new routines.

Challenger Mode adds a great competitive element.
Social interactions are easier than ever before.
Up to six players can now dance at once.

As much fun to pick up and play as ever, but the title has barely changed year on year.