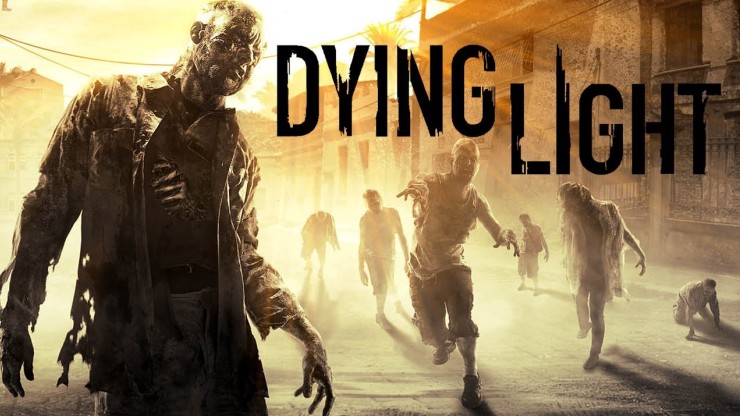 There are certain things that don’t carry a warning label because they genuinely shouldn’t need to. Sticking your fingers in an electrical socket, for example, or swimming in ice flow. Top of that list should really be “air-dropping into the middle of a zombie apocalypse”. There can’t be many strategic planning meetings that begin with “First, you’ll parachute directly into the quarantine zone…” that end with anything good. It’s not that Dying Light’s premise isn’t compelling enough as it is, it’s just that it’s another one of those contrived set-ups that wants to sell the idea that a lone agent with an over-developed sense of heroism can carry out a fate-of-the-world covert op better than, say, an entire SEAL team.

Still, that’s the state of things when Dying Light begins. You drop into the infected, apocalyptic city of Harran as Kyle Crane, a courageous, chivalrous, athletic and none-too-smart agent of the Global Relief Effort, on a mission to track down a rogue agent and retrieve a mysterious document. After being saved by a couple of hardy survivors, you’re taken to the Tower, part of a network of scavengers struggling to keep what remains of Harran’s population from ending up on a toothpick. It’s a good thing that Kyle has an accidental charm, as his characterization is puddle-deep and his back-story almost non-existent. Indeed, he almost comes across as bumbling at times, particularly when the game offers moral choices and damn near exclusively has Kyle take the worst possible option with not a hint of player agency. You could feel sorry for him, if he weren’t so bland. Somehow, he remains a likable protagonist, which is mostly due to his somewhat blind valiance and unflinching, lemming-like desire to place himself directly in harm’s way, no matter the level of necessity.

As a parkour expert, you have no trouble ingratiating yourself with the Tower’s leader Brecken, who must be coerced into directly dealing with a warlord called Rais. The two men are opposite sides of the same coin, both doing what they can and must to survive, both with their own agenda. The heavily-gnawed bone of their contention is Antizin, an anti-zombie medication that slows the symptoms and delays the latter stages of Dying Light’s rabies-like viral infection. Brecken needs the Antizin, and Rais has it, meaning that for much of the first half of the campaign, you act as a go-between, earning the trust of both leaders while simultaneously betraying the pair of them. Kyle performs some questionable acts along the way, and often forces you to vicariously become a douche-bag, too.

What keeps Dying Light fresh and entertaining is the day/night dynamic. During daylight hours Harran is dangerous enough on the ground, but you’ll use your parkour abilities (and, later, a nifty, game-changing grapple-wire) to stay on the rooftops, avoiding 90% of zombie-related incidents and simply running straight through the other 10%. Scavenging crafting supplies for the Dead Island-style weapon upgrading is fairly simple during the day, and you’ll also be able to pick up collectibles, perform side-quests, or unlock safe houses with relative ease. When the sun goes down, however, it’s a whole different buffet. When the cycle kicks in a few hours into the story, Dying Light changes considerably. Every safe house becomes a bolt hole, every trap set by your fellow runners a god-send. After dark, the volatiles emerge – super-fast agile zombies who can tear you to pieces in seconds. They will come at you relentlessly, and standing still for even a heartbeat will see you dead. What’s worse is that you must evade them in almost total darkness: your flashlight will attract them instantly. You won’t be helpless entirely, as a UV torch and a well-aimed molotov or flare can buy you precious thinking time, but every nocturnal pursuit is terrifying – especially when Dying Light throws more and more zombie types into the mix. Your only hope is to reach a safe house and batten down the hatches until morning. Such is the nature of the open world, you can use safe houses cleverly to avoid night running, but now and then a story mission or side-quest will demand it.

Sadly, combat is horribly imbalanced, especially in the early game. Although a trained covert agent who can sprint across a city, rooftop to rooftop, with barely a pause, Kyle Crane is like a one-armed geriatric during a melee. Two or three swings is all he can manage before fatigue forces a retreat while an archaic stamina bar refills. It’s utterly redundant and Dying Light’s most frustrating element. When facing human enemies who dodge and block and deliver devastating blows of their own, the combat is, at times, simply broken.

As in Dead Island, you can craft all manner of outlandish weaponry, but this in itself presents problems. For example, why bother adding a stamina bar to aid the supposed realism when you can craft elemental throwing stars from household goods? How is Kyle able to electrify a water pipe to shock zombies? It adds an unnecessary element of mirth to an otherwise fraught but fun experience. More welcome is the skill tree, a progression path split into three distinct branches: Survivor, Agility, and Power. The first is increased by scavenging supplies, crafting and surviving pursuits, the second by performing athletic feats and the last through combat. Although an average playthrough will improve Kyle’s talents pretty evenly, it is possible to play to the strengths of either of the three, and specialize in a particular area.

If going it alone is too intense – especially at night – you can team up with as many as three other runners online. The drop-in, drop-out co-op mimics Dead Island, but keeps things interesting with friendly challenges. It’s quite exciting to feel responsible for your allies, evoking Left 4 Dead’s reliance on teamwork. It’s buggy, though, and the animation of your pals is janky to say the least. Through free DLC you can also choose Be the Zombie mode, which lets you invade another player’s world as an infected mutant. It’s no less buggy, but does open up a whole new side of the game as you hop into the rotten old shoes of a leaping Volatile and stalk living, thinking prey. It’s an interesting mode, but remains a distraction rather than a compelling way to play.

Make no mistake, Dying Light is Techland’s best zombie game to date. It doesn’t correct all the shortcomings of Dead Island, but it makes up for that with a beautifully beefed-up engine and some of the best first-person traversal this side of Mirror’s Edge. It’s not always easy to see where you have to go, and you will occasionally die thanks to an imprecise jump (particularly when climbing radio towers in a mission eerily evocative of Far Cry 3), but for the most part the controls are spot on. Harran is a place of hollow, decaying beauty. A city on the very edge of oblivion, it’s an image borrowed from any number of zombie games and movies, but an effective one none the less. Wrecked cars lay across roads, buses hang precariously from crumbling overpasses, drifts of smoke and isolated fires paint the landscape in the pastel hues of Armageddon, and the dead city is reanimated by an impressive attention to detail. Character models, on the other hand, are less praiseworthy, with recycled faces far too frequent, and the same soulless, dead-eyed stare that makes a mockery of emotional delivery in any Techland game. That being said, the voice-acting isn’t terrible, and it’s helped along by some notable audio design. Being out in the city is made all the more terrifying by distant groans, the angry growls and howls of various special zombies and the quiet, unnerving stillness wrapped around it all. It’s worth saying that, while the script is decent enough, we don’t need so many euphamisms for “zombie”. Periodically referred to as virals, infected, biters, eaters, zombies and undead, you kind of wish Techland would pick a term for their antagonists and just run with it.

Elsewhere, issues with AI are irritating rather than game-breaking. You can’t really complain about stupid zombies, but the human enemies should know better than to stand below a rooftop and hurl threats at a man armed with burning throwing stars. The pathfinding is laughable, too, and enemies (dead or alive) will constantly get stuck on obstacles. Now and then, zombies will appear and disappear randomly, too.

A solid, commendable effort from Techland, Dying Light manages to save all the best bits from Dead Island and mix them with some truly excellent terrain traversal, a compelling if unoriginal narrative, and surprisingly deep character progression. While it perpetuates most of Dead Island’s mistakes as well, the trade-off is a zombie game that gets it right much more often than it gets it wrong, and stands out in the developer’s stable as Techland’s first true blockbuster.

Dying Light keeps the best bits of Dead Island, forgets to get rid of the bad, but makes up for it with awesome parkour and a tense day/night dynamic.