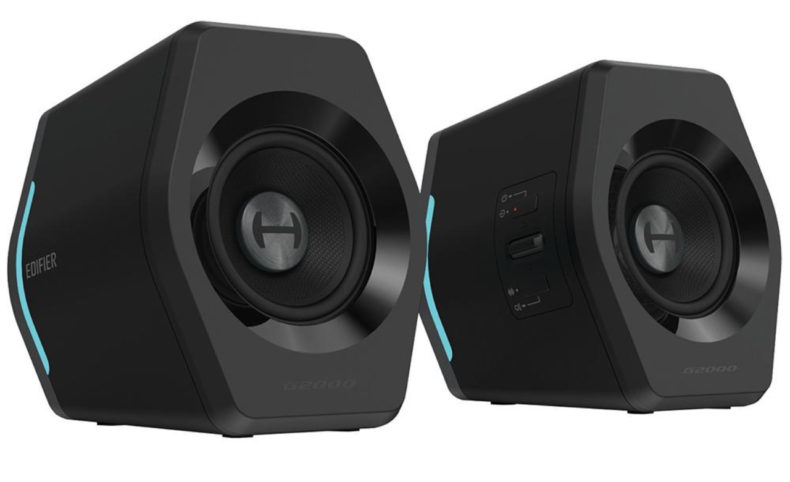 I like my RGB. It’s not a major selling point or deal-breaker, particularly, but I’m partial to a little light show when I’m working or gaming. And while it’s a common feature of headsets, mice, keyboards, even mouse-pads these days, it’s less common in speakers. Often speakers are shoved up high, or else positioned wherever there’s space in a set-up, and so as long as they look decent enough no one really cares.

The Edifier G2000 Gaming Speakers are a little different, in that they not only feature RGB, but have 12 different presets programmed in to suit your style. Of course, such elements are skin-deep on any device, especially a speaker that, let’s face it, probably won’t be displayed prominently and is really there just to make your stuff sound good. 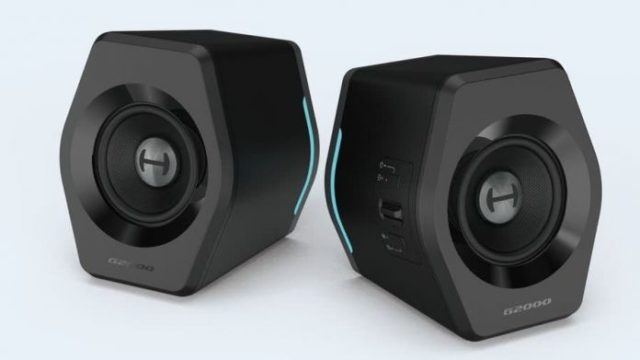 Well, thankfully, the G2000 does this very, very well, too. First though, a minor complaint. Turning them on and off produces a weird, loud (often too-loud) motorcycle revving noise that you cannot turn off. And if you left your speakers on a loud volume last time you used them, it’s going to make you jump out of your skin. It’s a really bizarre design choice and one that constantly irritates me when I turn my speakers on at night when the kids are asleep and it sounds like Brands Hatch.

The compact, hexagonal designs means you can stack the Edifier G2000 Speakers if you choose to, but they’re relatively small, sleek and unassuming. And they look expensive; they have a sense of quality craftsmanship about them, keeping the branding to a respectful minimum and asking for very little desk space. 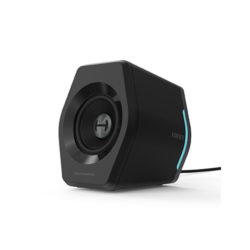 They also sound very good. You can connect them via Bluetooth, if you like, which worked fine with my phone but isn’t really what I use them for. Though if you have a laptop or device that has Bluetooth and you want the wireless experience, they’ve got your back. Otherwise there’s a USB wire and Auxiliary cables in the box. You can switch between them by pushing a button on the left side of the right-hand speaker (which is also the button that controls the RGB effects if you hold it down), while above that there’s a volume lever and a button that scrolls between TV, Music and Gaming audio presets.

Having used them for all three purposes across a wide range of games and shows and bands, I can confirm that the Edifier G2000 Gaming Speakers are the real deal. They sound incredible with any medium, producing just enough bass that they neither distort the output nor feel like they’re trying too hard.

It’s hard to knock the Edifier G2000 for any aspect, if I’m honest. They look great and sound amazing. I’m not a huge fan of the volume control being on a spring lever instead of a dial, as it can be difficult to gauge exactly how high or low you’re going, and the engine revving noise when you turn them on or off is just an embellishment too far, but besides these two minor complaints I’d say that for around £70 at the time of writing, the Edifier G2000 Gaming Speakers come highly recommended.