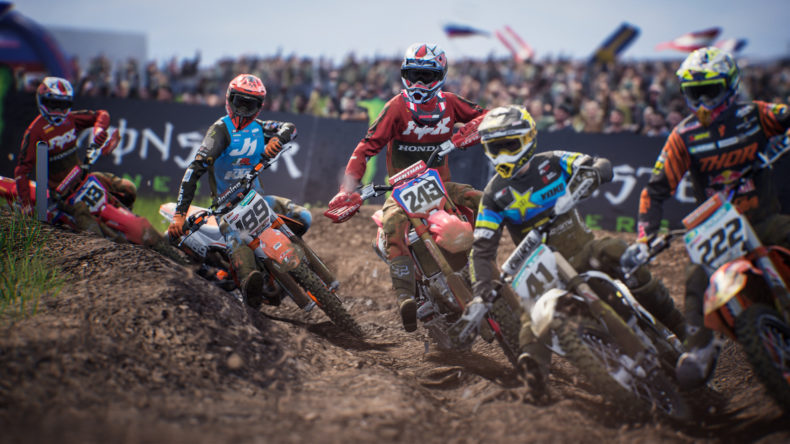 The choice of racing games on next-gen consoles is currently on the low side, and Milestone’s MXGP 2020 is the first motocross title to feature on PS5 and Xbox Series X|S. Released for last-gen and PC in December last year, the upgraded visuals and technical improvements aren’t particularly noticeable with the PS5 version. With limited depth in modes and repetitive gameplay, it feels like gamers who want a better experience on their shiny new consoles are going to be disappointed.

The depth of control you have over your bike is staggering. If you’re a big fan of motocross, and know exactly what each of the modifiers are for tweaking your bike’s performance, you’ll feel right at home. However, if your new to the series or just fancy giving MXGP 2020 a go, there’s a clear lack of an detailed tutorial. From the moment the game boots up, you’re thrust into a race with barely any knowledge of how the control system works. It leaves you to work out the nuances of steering around sharp corners and managing the jumps without so much as a pop-up to inform you what you need to do. 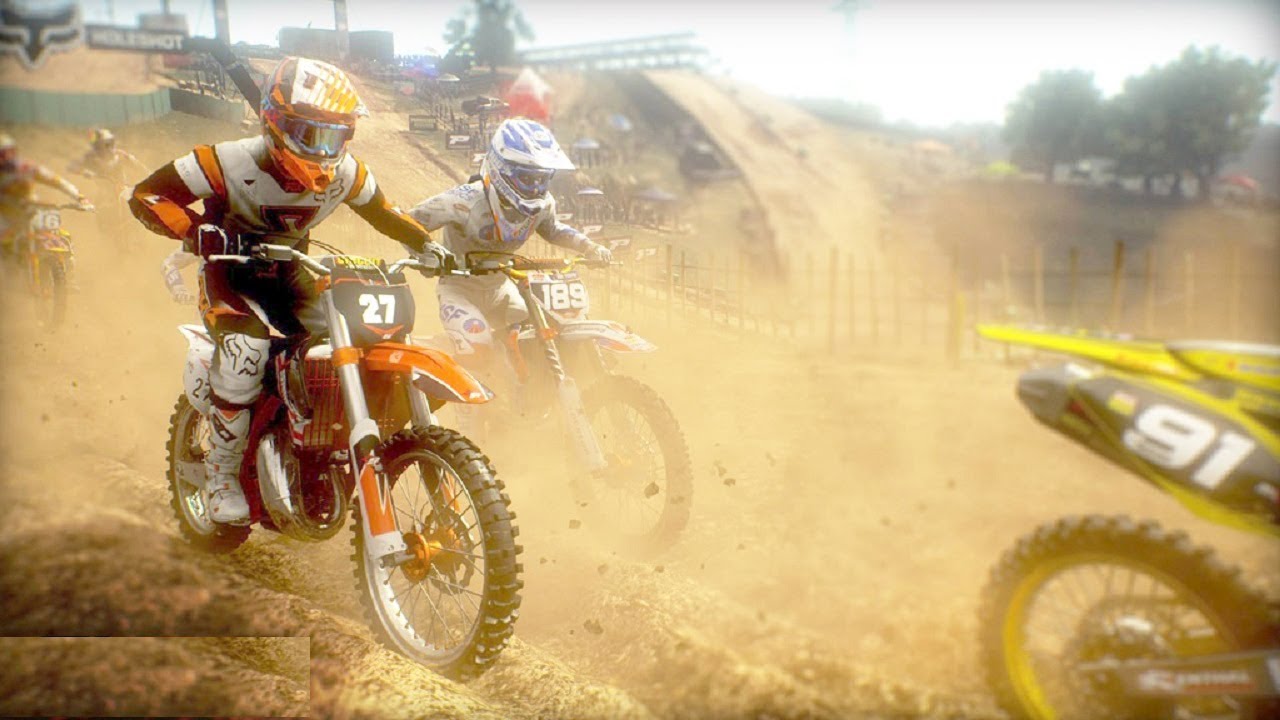 Whilst it may take you some time to get up to speed with how the racing mechanics work, there’s definitely a satisfaction in taking corners like a pro. It wasn’t until I was in my third race in my career until I started to appreciate the controls, but once I’d worked out the best way to take corners and keep my wheels on the track, I found a pleasant pattern of speed and maneuverability that helped me to finish in the top third of each race. MXGP 2020’s AI is pretty decent regardless of the difficulty setting, and I often spent plenty of time tussling to move up a place.

It’s almost unforgiving at times just how hard it can be to move from one position to the next. Anything from moving past fifth place plays out in a war of attrition. No matter how many of the accessibility options are tweaked for new players, it can be damn hard to catch up with the better racers. All these concerns slowly dissipate once you become more familiar with the tracks, but it’s a big frustration in the early goings. Handling in the air has improved, and landing a jump is vitally important when approaching the next bend. MXGP 2020 allows you to take full advantage of in-air momentum, and that’s something I appreciate. 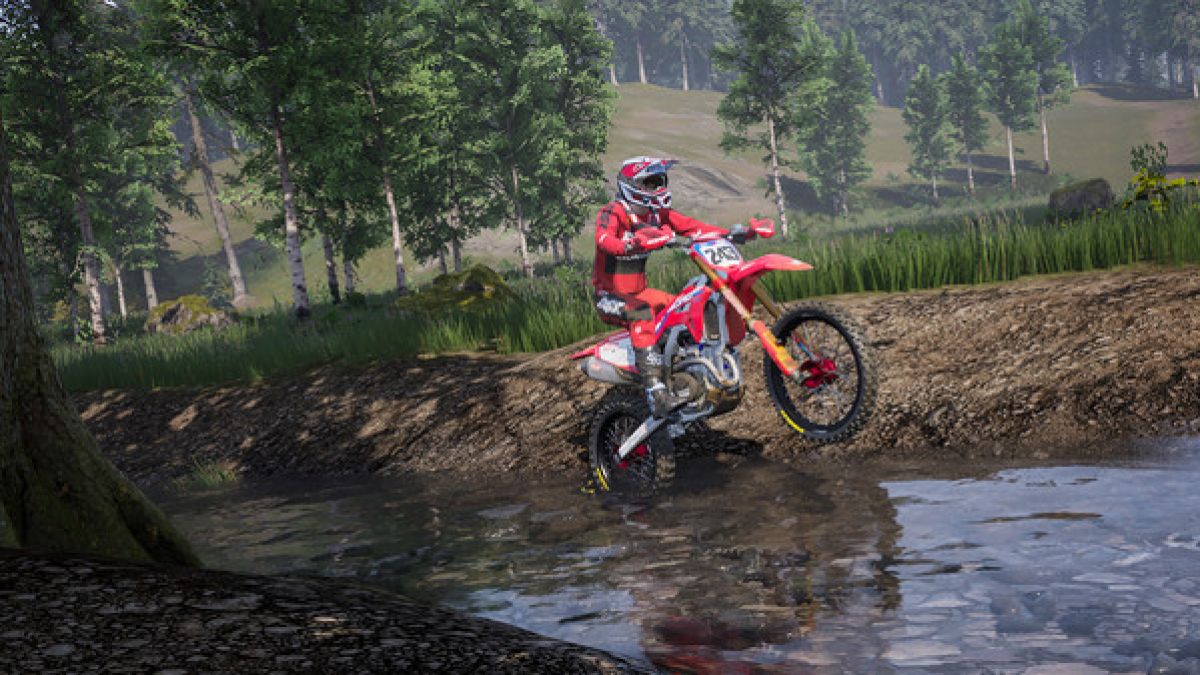 Depending on whether you turn it on or not, the option to rewind a mistake or a momentary lapse of concentration is allowed, but I found it broke up the flow of racing. Sometimes you’re punished for staying outside the track, something that is more often than not unavoidable. Slight mistakes can significantly change the course of the race for you. For example, if you clip one of the advertising boards, you’ll lose anything from two to six places, and with the difficulty in moving up to where you were being so steep, it’ll force more than a couple of rage quits.

Although you get to race around the world, many of the courses feel rather dull. Some settings such as Italy and Indonesia offer a welcome break from the dreary mud-laced tracks of Norway and Latvia. Visually, MXGP 2020 does look great on PS5, but there’s limited improvements over the Xbox One and PS4 versions. Bikes look crisper, but the locations and environments that surround them don’t do much to bring the game to life. The DualSense support helps to make breaking feel weightier, and it provides a great indicator when you’re charging into a turn, When traversing over mud, dirt, or grass, there’s no distinct feel to each one, unlike the clear differences in games like WRC 9 or DIRT 5. 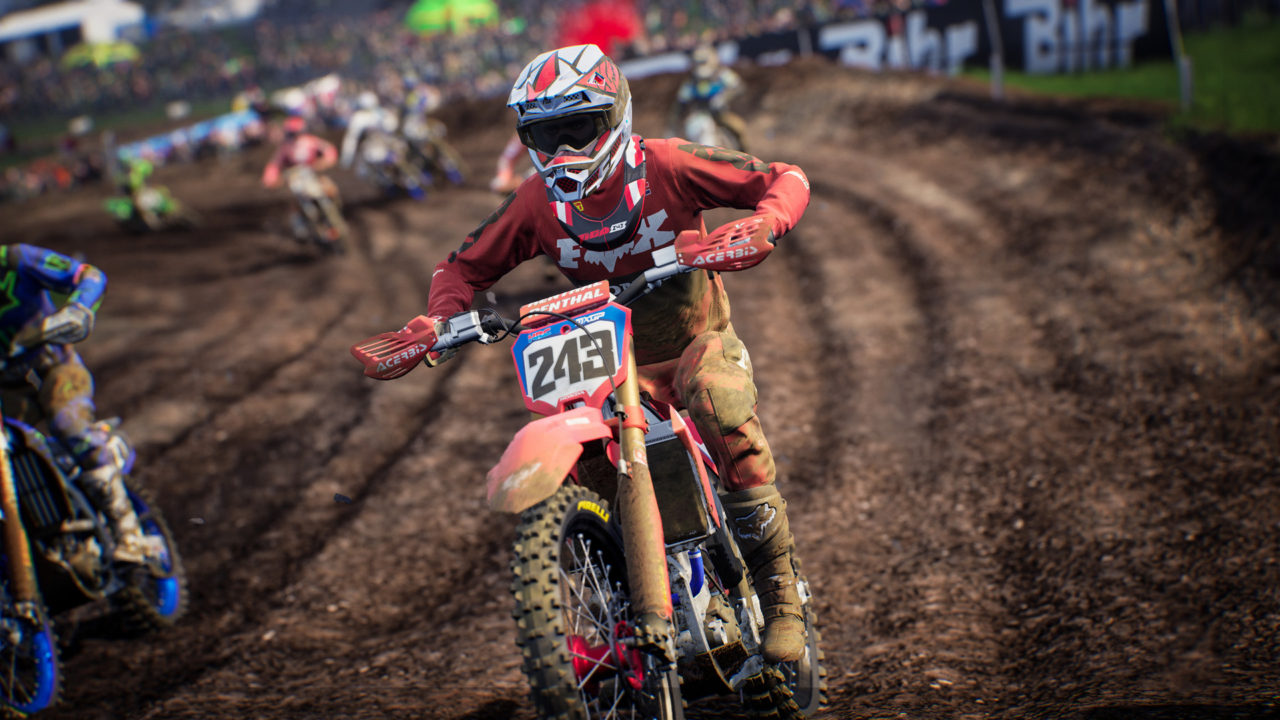 In terms of different modes, you’ll take part in a Career Mode where you’ll race through seventeen courses, earning money to spend on anything from cosmetics to upgrades for your bike. This acts as the motivation for you to keep playing and it works, for a while. My main problem is it feels bare bones, lacking any kind of personality. Whilst I learned to enjoy the racing elements, I started to grow tired of how impersonal it felt. You can also take part in quick modes like Time Trials, but they’re only another way to race on the selection of courses.

Playground is perhaps one of MXGP 2020’s better features. Think of it as a semi-open world area where you can race freely around the fjords, mountains, and rivers of Norway, taking part in the odd race and enjoying the freedom of riding without the constant restrictions put in place when participating in races. The Track Editor isn’t as robust as DIRT 5’s, but there are enough options to create a variety of track types for you to race on or upload online. Racing online is also available, however, I didn’t get a chance to take part.

MXGP 2020 is made for fans of the series, and even then it feels as though Milestone are maybe running out of ideas. The gameplay features a steep learning curve for new players, but it does become fulfilling once you’ve gotten to grips with it. By no means does it look bad, but many of the courses look familiar to the next, and AI is often unforgiving once you make a minor mistake. Still, for those of you who enjoy motocross and fancy trying it out on PS5, the DualSense is decent enough, and the load times have been significantly improved.

MXGP 2020 feels like it was made for those who already enjoy the series. Whilst the gameplay is solid enough, it is often unforgiving, and with little in the way of new modes, you'll likely grow tired quickly.