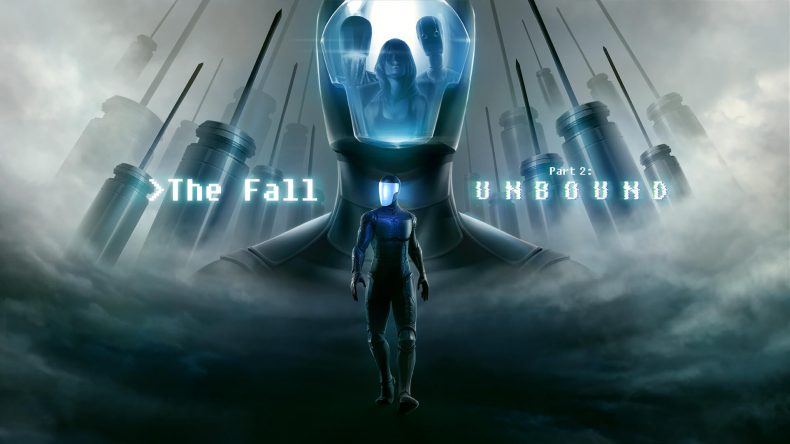 When The Fall released in 2014, it was a little rough around the edges and even a bit obtuse in some of its puzzles, but bah gawd did it spin a good sci-fi yarn. You played the part of Arid, the AI aboard a combat suit that fell from orbit. With her pilot Colonel Josephs unresponsive inside, it was up to you to help Arid break her programming in order to save his life. The world built by developer Over The Moon was immediately interesting and, by the end (no spoilers here), if your jaw wasn’t on the floor, I’m not sure your opinion is valid. I jest of course, but it really was a magnificent ending.

At last, the second part of the planned trilogy is upon us. After a very brief recap of the story so far, Unbound begins with Arid in pieces, her head connected to a terminal belonging to the possibly villainous corporation, Domesticon. Whereas the first game saw our heroine traversing the dilapidated locales of the physical world, large portions of the sequel take place within the network as Arid tries to discover who “the User” is and why they are trying to infect her with a virus. This virus, incidentally, prohibits her from returning to her physical body. Being within a network means that Arid is more agile than before, able to jump and flip around as she fights malicious viral strains within the system. It also acts as a convenient narrative point, when certain programs block her access to new areas, requiring a new power to progress. It isn’t all set in the digital world however, as Arid sometimes discovers nodes within the system that lead outside; more specifically, into the body of another machine. This is where the game reverts back to its puzzle roots, as you’re asked to discover how to utilise each of the three main characters by manipulating their world view or environment. It’s quite an ingenious way of shaking things up, as each of the host machines have different gameplay mechanics. One in particular riffs on the fantastic game One Finger Death Punch.

No matter which character you’re controlling, it always sticks to the same side-scrolling style from the original game. You’ll wander around using the left stick, but pressing L2 (left trigger on other formats, most likely) allows you to look around/aim with the right stick; certain points of interest will be highlighted with a magnifying glass icon, and interacting with it will often produce responses from either Arid or her host. As you learn new plot details, you may be able to modify your interactions to include this development, provoking responses that will further the story. The problem with this, much like with the first game, is that puzzle solutions aren’t always as logical as you might expect. Some genuinely feel like they make no sense, after you’ve been reduced to the old “point ‘n’ click method” of trying every combination available to you. It’s frustrating when you want to see where the story is headed, but you’re constantly held back by puzzles that break the flow of the game. The entire final section of the game, when you’d expect the pace to ramp up, relies on making you slog through slow and confusingly-designed puzzles. It saddens me that Over The Moon seemed to learn nothing of the first game’s failings in this regard.

But you know what? It’s also a little maddening that despite all the pacing problems and some irritatingly obtuse puzzles, I still find myself in love with Unbound. Once the pieces start falling (sorry) into place during each chapter, I was compelled to keep playing. The original was the same way: I would struggle for ages on puzzles, screaming internally that I just didn’t understand what to do, but once that final scene played and I was picking my jaw off the floor, it was all worth it. And you know what? Part Two is no different.

The puzzles aren’t always frustrating though, it must be said. The majority of them are intelligently designed and highlight specific strengths of each character, usually informing you subtly of their backgrounds and emerging personalities. The stories of each one are surprisingly deep, and astonishingly dark at times; I genuinely felt horrible during one chapter in the second act. At the time it felt a little out of place, perhaps even against the tone of the rest of the game, but I see now how necessary it was. While it may not be troubling any ‘best visuals’ categories come Game of the Year season, Unbound does continue the same distinct art direction of Part One. The world is dark and grimy, its industrial sectors looking like something straight out of an Eighties sci-fi movie; but it also has a more refined side, in the mansion tended to by the Butler character, with grand sculptures and ornate chandeliers adorning every room. Ironically, there is a strange sense of life on the game’s lifeless planet, thanks to the subtle detail woven into the fabric of every aspect of the game’s design and storytelling.

Although the game is not without its problems, including some very noticeable stuttering when the game attempts to jump from character to character, The Fall Part 2: Unbound is still a worthy sequel. It takes the story of Arid and adds new, interesting characters who are all wonderfully voiced throughout. The first game’s scope was rightfully narrow as it focused solely on Arid’s struggles, but Unbound opens things up radically and while it can’t quite match the original’s ending, it certainly left me with the familiar realisation that it will probably be another few years before I find out how the story ends.

And I need to know how it ends.

Much like its predecessor, The Fall Part 2: Unbound is needlessly obtuse in some of its puzzle design, but its magnificent characters and storytelling make the frustration worth it.

The Fall Part 2: Unbound is coming to Nintendo Switch