previous
The Longest 5 Minutes Review
random
next
The Fall Part 2: Unbound Review
1 like 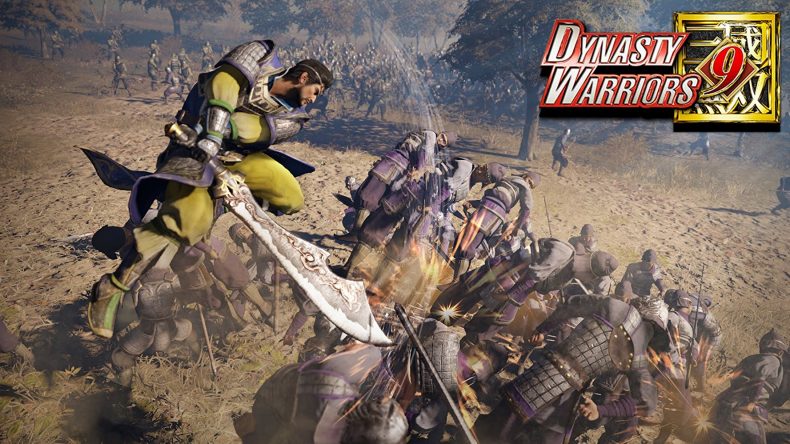 The Warriors games have become something of a genre in themselves with, of course, the Dynasty franchise being the quintessential experience within that. If you’ve not already at the very least dipped your toes into previous Dynasty Warriors games, it’s safe to say that Dynasty Warriors 9 is going to be the most complete version to do so. Each new release improves upon the last without changing the formula too drastically, meaning that it doesn’t alienate inexperienced players while making it familiar to long-standing fans.

Fans of the series will already know what to expect with a full cast of characters based on the central figures of the Three Kingdoms era of China’s history. You have Cao Cao, Liu Bei, Dong Zhou, Lu Bu, Cao Xiu, Dian Wei, and so many more. In fact, the cast of this series is huge now, and keeping track of them can be a real nightmare if you’re not familiar with the history of the Three Kingdoms.

Dynasty Warriors is a staple of Koei’s output when it comes to games, but you can be sure that with each iteration they will improve the experience further. Dynasty Warriors 9 foregoes the separated modes of play, opting for a singular mode that combines the gameplay of the various modes from Dynasty Warriors 8. They’ve also removed the fixed affinity system on weapons, to give you greater control over your character’s loadouts. Each character can use any weapon in the game, though there will be bonuses if you equip said character with their favourite weapon type. For instance, Cao Cao favours the single-handed longsword, while Liu Bei the dual swords, and Dian Wei the heavy double-handed axe and so on. You won’t be limited to those, though, so if you feel like giving Dian Wei a set of fan blades then you carry on my wayward son (or daughter!) This system of giving each weapon an affinity has seemingly been replaced wholesale, giving you the option instead to Regorge your weapon with gems to give your various attacks an added effect.

As I mentioned above, the game foregoes different game modes that featured in its predecessors and has only a Story mode that puts you right into the action. Once again, you’re able to play as the Wei, Shu, Wu, Jin, and ‘Others’. Each faction has its figureheads, but all the officers you encounter throughout the story are unlocked as you play through the chapters. Story Mode is laid out in chapters but does not restrict you to a specific part of the map. So far as I can tell, you can go anywhere you wish; whether there’s anything for you to see or do is a different matter. Each chapter has an overarching mission that needs to be achieved, with optional side quests and additional objectives that can help turn the tide of your war efforts. A lot of these are to help allies or capturing forts and towns along the way toward your main goal and serve as a means of gaining copious amounts of EXP. Honestly, though, it feels like the developers expect most of these to be skipped over as you’re awarded so much EXP that, by the mid- and late-game, fights feel trivial.

What’s great about Dynasty Warriors 9 is that, as I mentioned, it’s now an open world game that allows you to explore as you wish. Scenic locations, resource gathering spots that give you a ton of materials for crafting, hunting animals – which are sometime more challenging that the battles themselves and offer some excellent rewards – and watchtowers that help you uncover more of the map are dotted all over the place for you to discover. Some are even so dauntingly far that you might not want to go to them – which is a failing of how the game is laid out. It feels like playing a large-scale game of Mount & Blade that has a rigid storyline to follow. While, at first, that might sound great with large-scale warfare and a huge map to explore, the storyline aspect of the game can often feel as though it’s chaining you to a specific area even if it’s not. You’re constantly reminded of the “task at hand” and the map regularly pings with events that have taken place on the field of battle between your faction and the enemy. It often feels like the game does not want you to explore too far, because there’s an imminent fight taking place that you really must be part of. There’s very little in the way of the middle ground to give you free reign to go out and explore without being on, or tied to, a specific mission. I feel as though the game could benefit from a “Free Mode” between large battles or chapters as a means of cooling down from the aggressive pace that the story progresses – much like taking a bit of R&R after spending the entire day doing chores around the house.

All of that said, the focus of the game is the combat and it delivers on that in spades. Dynasty Warriors has always been about wading through scores of enemies and coming out the other side feeling like a god. Combat is fluid, if lacking any real depth or complexity, and very easy to master. It feels as if something is missing, though. As I mentioned earlier, the game feels trivially easy, with the first boss fight being the only challenging one at all. It’s unclear whether the game lacks a difficulty curve or whether there’s just too much EXP to earn before you even reach the mid-game, but fights become a formality to victory, rather than a challenge that threatened to knock you back to the last checkpoint. A little bit of fine-tuning is required, if that’s something that can be done, and this could be an incredibly satisfying game.

Regardless of that, this is a Warriors game and there’s no denying that it’s a lot of fun. Whether you’re a fan of the series, a casual player who hasn’t dipped a toe into the series for a while, or a complete newcomer, Dynasty Warriors 9 offers a plethora of content through legions of playable characters across each faction, large-scale battles, fantastical and grandiose special moves, and a sense of being a warrior god smashing peons left and right. It has everything you would expect, or need, from a Dynasty Warriors game.

Dynasty Warriors offers a plethora of playable characters, large-scale battles, and a feeling of godhood as you smash through scores of enemies with a single thing. What more could you ask for from a Warriors game?