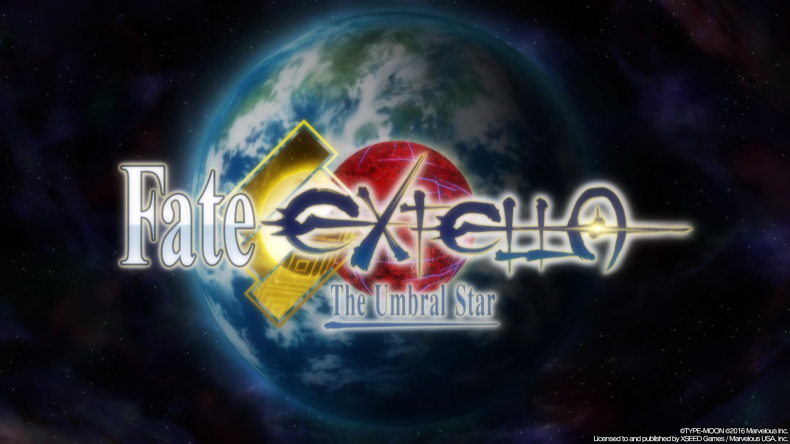 I got into the Fate series through Fate/Zero when my friend persuaded me to watch it for a long time. This led to me wanting more and I even liked the Unlimited Blade Works anime that gets a lot of hate from some fans. One thing I hadn’t done yet was play any of the games. I missed out on the PSP Fate game and still haven’t gotten myself to playing the Fate/stay night visual novel. However, Fate/EXTELLA: The Umbral Star is an action game in the vein of the Warriors games from Koei Tecmo and Omega Force. Fate/EXTELLA: The Umbral Star interested me for a variety of reasons. I got into the Warriors games and have played through almost all the ones available on current platforms. I loved Senran Kagura: Estival Versus and was immediately excited to play a Fate game with musou style combat. I’ve come away mostly happy with my time spent in The Umbral Star but I wish more care was put into it.

EXTELLA is the sequel to Fate/EXTRA which was released on the PSP. It takes place after the Holy Grail War has ended in an artificial world called SE.RA.PH. in the Moon Cell. Nero and her master are fresh from their victory and have a ring called the Regalia as a trophy. They run into a new challenger who also has a Regalia. It seems like both need to be united to complete the Regalia and of course other servants are plotting behind the scenes. Servants in the Fate universe are heroic spirits bound to a particular master–the most popular and recognisable one being Saber.

The tale is told through three different servants, and a few sub servants for each featured character. After completing the main story paths, you unlock a true or final story mode. There are lots of visual novel segments with plenty of dialogue and choices. These are good for fans of the universe but start dragging on fairly quickly. Eventually I found myself just skipping ahead to the battle sections which is sad because the localisation is really good. Pity the actual story isn’t. Some of your favourite characters will even feel like a shell of what they appear to be in the anime. Fate/EXTELLA takes the musou style of combat and embraces it completely. There are objectives to be cleared in each area as you plough through hundreds of nameless enemies, before aggressors appear. There are also enemy servants and plants. Plants are irritating, and should be dealt with quickly before they spawn more aggressors. Boss servants appear when you take control of the Regime Matrix, unlocked by collecting keys which are acquired by capturing sectors. The normal grunts basically exist to build up your meters, so that you can execute special moves (Extella Manoeuvre) on the aggressors. Collecting Phantasm Circuits spread across the field will let you unleash a very powerful attack within a sector by revealing the name of your Noble Phantasm. After completing a stage, you can do various things to boost your stats and skills. Crafting lets you make better equipment and skills picked up on the battlefield can be installed granting various boosts.

While EXTELLA runs great on PlayStation 4 the visuals are inconsistent. I spent half my time on PS4 and the other half on Vita with it having data transfer and found the visuals on the PS4 quite disappointing. The interface and menus look great and the team deserves to be commended for that, but story scenes are some character models of servants look pretty bad. It almost feels like a Vita game being upscaled sometimes. Combat animations are smooth and it plays great as you destroy enemies as far as the eye can see. On the Vita while it obviously doesn’t run as smooth as PS4, visuals were mostly good and I had a lot of fun playing this on the go. I usually don’t have much of a problem if a game decides to do only Japanese audio because dubbing is quite an undertaking for a small publishing house but it is a problem here. During battles with various enemies, servants will mention things or just say stuff that requires reading subtitles with no Japanese knowledge. This requires you to stop paying attention to the action and look at subtitles for a few seconds. Koei Tecmo has the same problem in the Samurai Warriors games since they stopped doing dubs. The music on the other hand is well done and memorable. Audio design in general is really good and I have no complaints for that aspect.

If a sequel does happen, I hope Marvelous puts more effort into the visuals–great character art from the Fate universe can’t carry a game completely. My biggest takeaway from Fate/EXTELLA is that I should play Fate/stay night as soon as possible. The gameplay here is fun but the story is not. If you’ve played Persona 4 Arena after playing the proper mainline Persona games, you will know what I mean.

Fate/EXTELLA is a fun musou game for fans of the Fate universe that is let down by a lacklustre story and visual inconsistencies.

Fate/EXTELLA is now available on PC

Fate/EXTELLA: The Umbral Star is now available on Nintendo Switch